There is no shortage of Michelin-rated restaurants in Central, with some of the most notable establishments at the business core district of Hong Kong. Yet none has nearly the same measure of heritage and colourful history as Luk Yu Tea House. The Cantonese restaurant shines bright over its many decades of operation, holding the reputation of refined, well-preserved Cantonese classic dishes, including many diminishing traditions kept to this day, all under the roof of this three-storey private address frequented by generations of tycoons, representatives of stature and tourists.

Founded in June 1933, Luk Yu Tea House opened its door in its original 8 Wing Kut Street address. As one of the most prominent tea houses that survived through the tide of time as one of the few remaining today, Luk Yu flourished for decades before its relocation to the current Stanley Street address in 1976. For more than eight decades, the restaurant stays true to its Cantonese roots in its food offerings.

Named after Tang Dynasty poet Luk Yu, who famously wrote “The Classic Of Tea” which depicts the history and culture of tea and features the myriad varieties of China’s crafted brew at the time. Luk Yu Tea House remains one of the most respected Cantonese restaurant, if not one with the richest history in dim sum culture.

Entering the restaurant space offers a visit into Hong Kong’s bygone colonial era, showcasing vintage wooden furnishing, full-length screens, and counters kept since its opening, together with many prized calligraphy works and paintings by masters of the arts including the esteemed Chang Dai-Chien.

Despite its three-storey space, the ground floor is believed to be reserved for regulars, while other guests can visit the second and third floor, including private dining rooms on each floor. Besides a good brew served in an emblematic tea cup, dim sum remains Luk Yu Tea House’s crown jewel.

Guests can place orders from a selection printed on a special ordering form, an age-old tradition showcasing dim sum varieties that change every week. Besides standards such as Har Gau (steamed shrimp dumplings), Shao Mai (pork dumplings), and Steamed Barbecued Pork Buns, the dim sum selection also showcases a rich selection of baked and fried dim sum varieties, made daily in house. It is worth noting sweet dim sums, from lard-pastries to glutinous mochi dumplings, are celebrated, often filled with nuts or seed paste made in house as part of the tradition.

As the concept of tea house evolves into the modern days, a traditional institution that serves daytime tea and simple lunches no longer justify the use of the expansive space. Instead, Luk Yu remains an iconic venue where some of the most esteemed Cantonese dishes are served with finesse. Here are five signatures you cannot miss on a visit to Luk Yu. 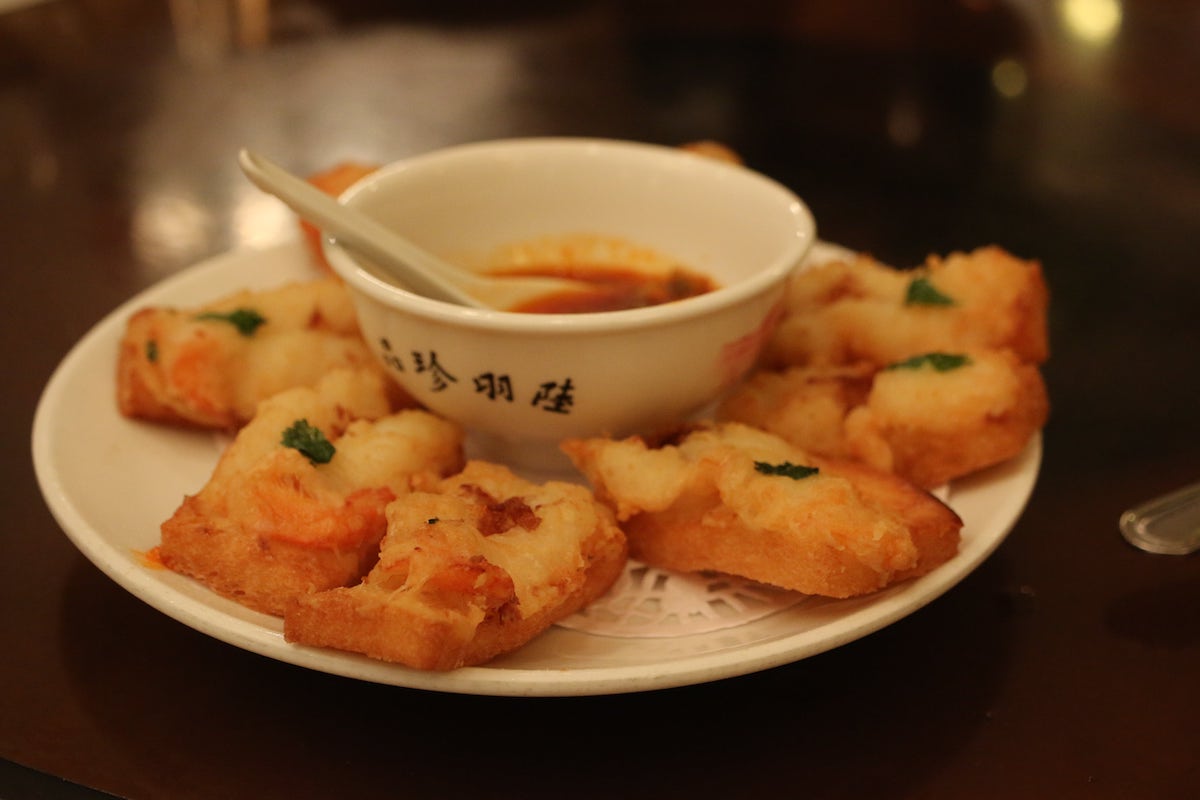 Shrimp Toast
A delicate treat to begin a meal. Luk Yu’s version takes minced shrimp as a filling topped with a single butterflied shrimp evenly battered and laid atop a thin square of crustless sandwich bread before deep-frying until golden brown. The thick shrimp filling doubles on textures and best served alongside the restaurant’s own homemade sweet and sour sauce. 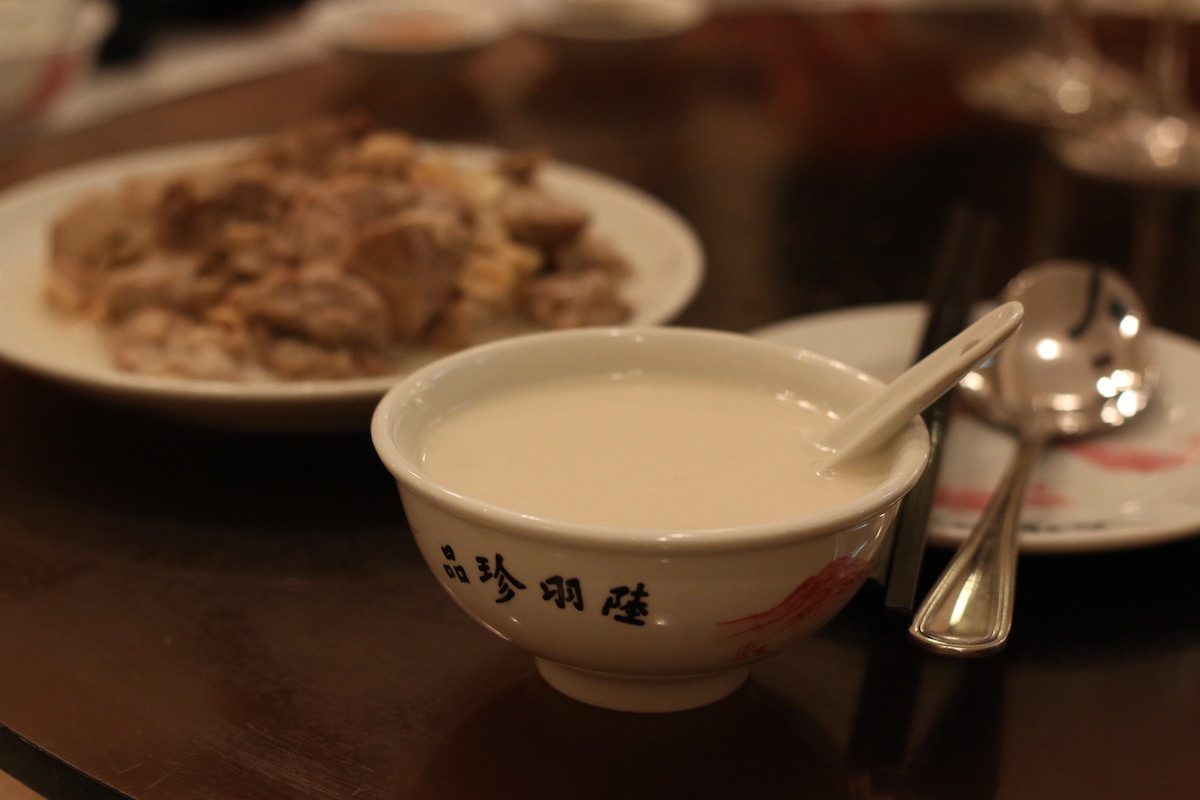 Double-Boiled Pig’s Lung Soup With Almond
Despite its legendary iconic status, a pig’s lung soup is one of the most tedious soups to prepare. A pig’s lung is thoroughly cleaned and is cut into hearty pieces and double-boiled in a traditional soup tureen with the finest almond milk. The offal is beautifully soft with a rich and creamy broth that whets appetite and warms the body. 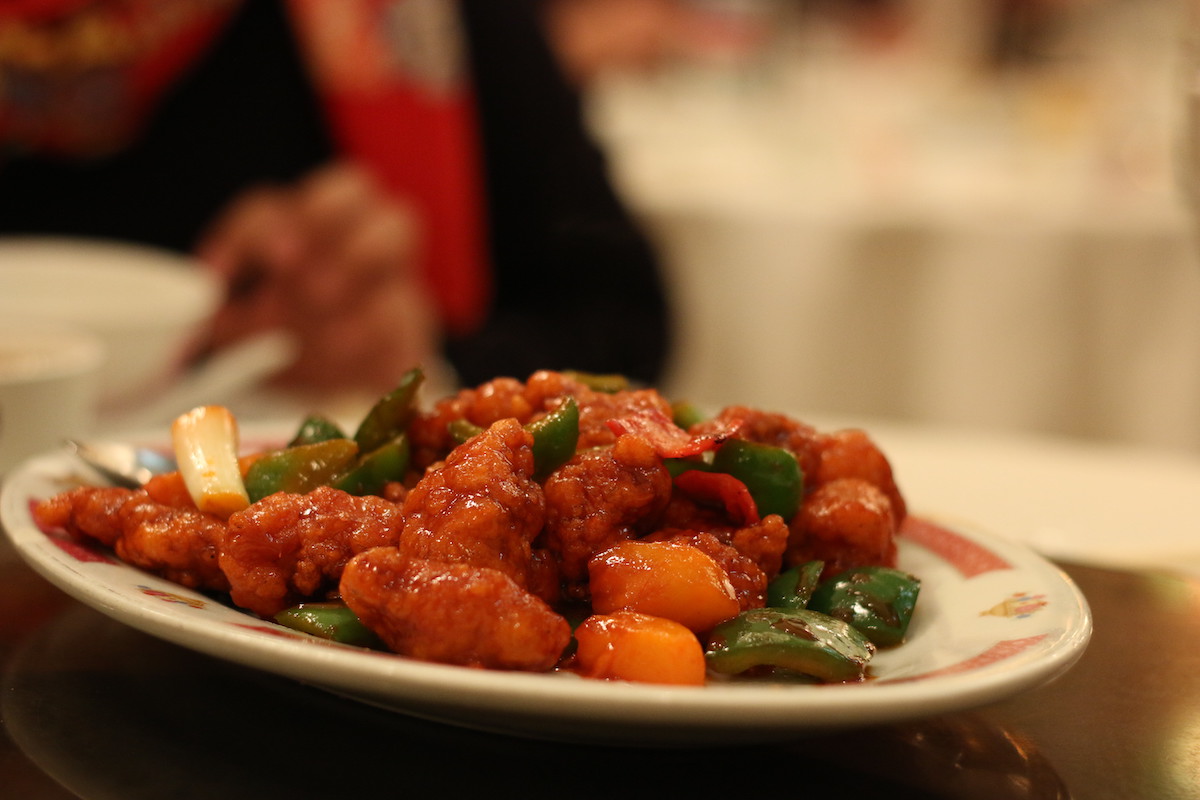 Sweet And Sour Pork
Luk Yu’s Sweet and Sour Pork is one of the finest specimen of its kind. Cutting pork collar-butt into bite-sized pieces, battered and deep-fried until golden and crispy. The sweet and sour sauce is created with hawthorn. The crispy pork is quickly tossed in the hot wok with pickled young ginger, green bell pepper and pineapple and served hot. The sweet and sour sauce beautifully clings on the crispy exterior while the meat remains tender and juicy. 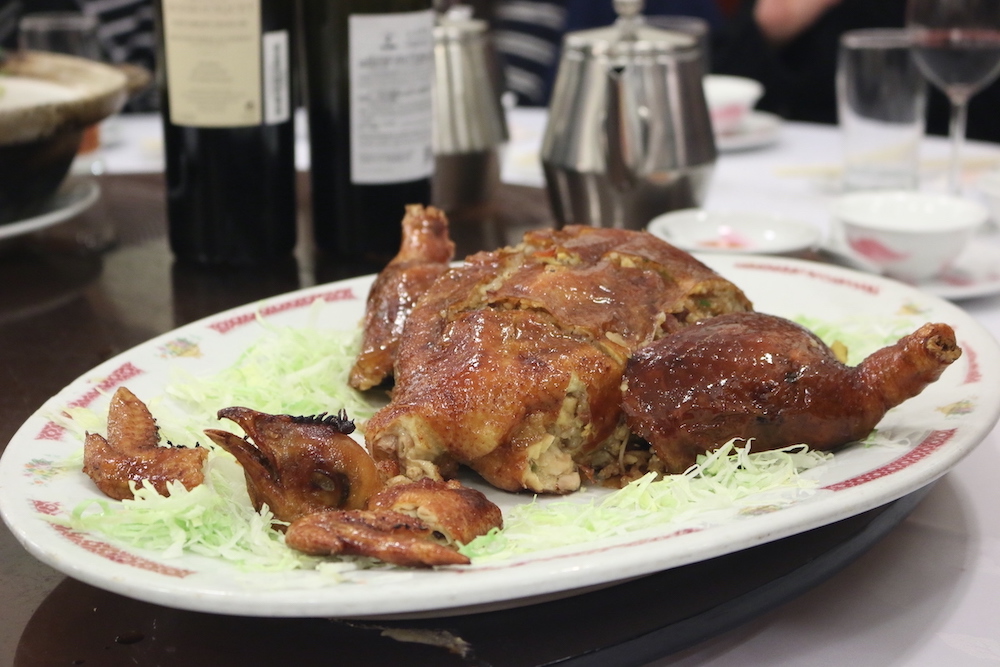 Crispy Chicken With Glutinous Rice
The traditional deep fried crispy chicken is elevated with a glutinous rice filling. A whole chicken is deboned and filled with glutinous rice and deep-fried in hot oil until the skin turns glossy and golden. Carved at the time of serving at the table and best shared among a larger party, the glutinous rice is soft and rich, while the chicken stays juicy against the bird’s crisp as brittle skin.

Pin-Yi Noodle Soup With Crabmeat
Another traditional noodle dish well-kept at Luk Yu. Wonton wrappers were deep-fried until crispy before they are slowly simmered in a rich broth, allowing the flavours permeating into the soft petals of soft noodles, best enjoyed with freshly-picked crabmeat and seasonal greens. The noodle dish is available for small parties as well as banquet-sized tables throughout both lunch and dinner services. 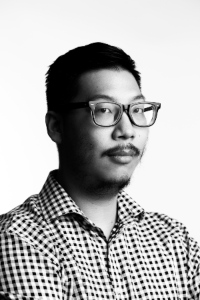 Born in Hong Kong, Wilson has worked as dining editor in multiple media outlets. He is now a freelance writer who documents interesting stories on food and drink. In his spare time he creates, preserves and shares with his friends.