The location of Both Street is rather hidden, but the journey to finding this little gem only adds to its charm. Just around the corner from the authentically-local Fung Yau Street South, visitors are greeted with its olive green sign and adorable wall mural—something reminiscent of small Taiwanese laneways—injecting vivacity to an old street. The young couple that runs Both Street, head chef So Gun and Jun, has their hands full with customer orders. 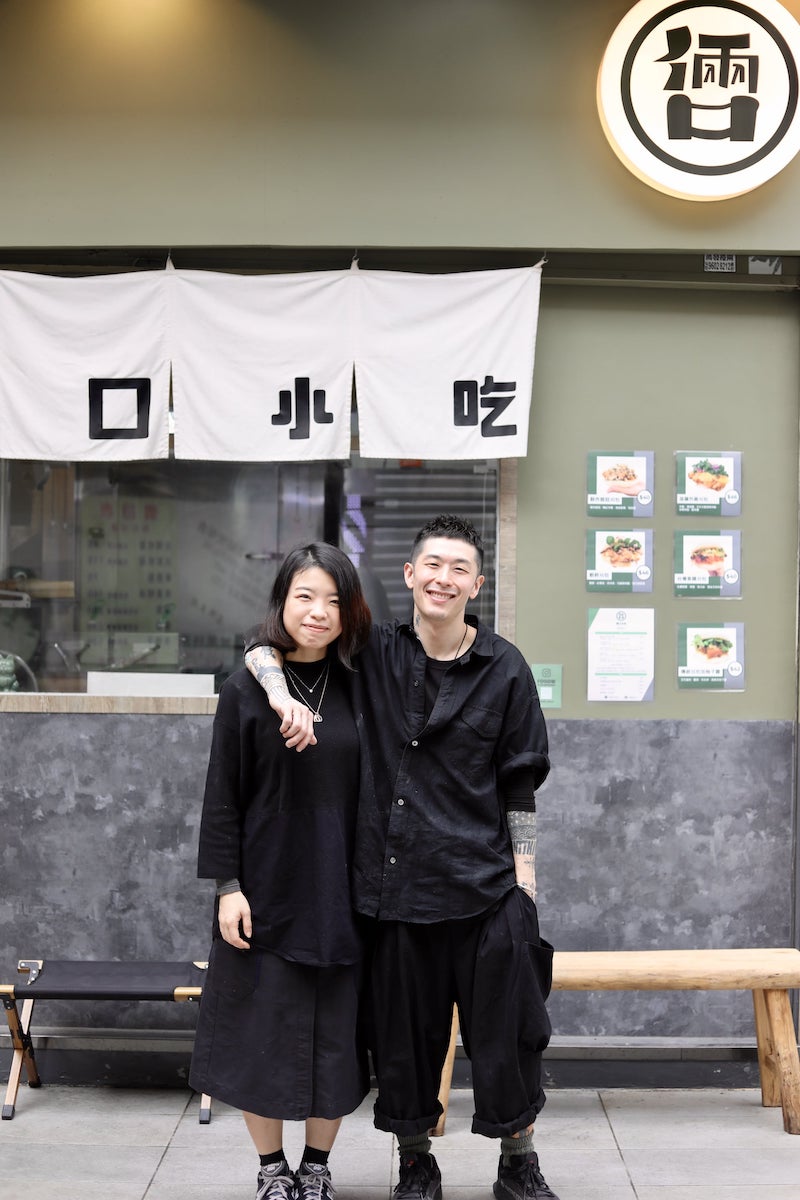 Following his stints at MICHELIN three-starred Otto E Mezzo Bombana, two-MICHELIN-starred Tate, and La Dame de Pic at Four Seasons Hotel London, the tattoo-clad So Gun has decided to open his own restaurant. “I was going to open a toast shop and make my own bread, but the space required and cost of having an oven are comparatively higher, so I gave up on that,” says So Gun. He started searching for a store space, and found the current spot, which was previously the famed drunken chicken joint Song Song Noodle Shop. Since the space was already equipped with a stovetop for steaming, So Gun was inspired to make gua bao, a type of stuffed buns that are popular in Taiwan.

On the right: Both Street in Yuen Long serves up gua bao by a young couple Jun and So Gun. 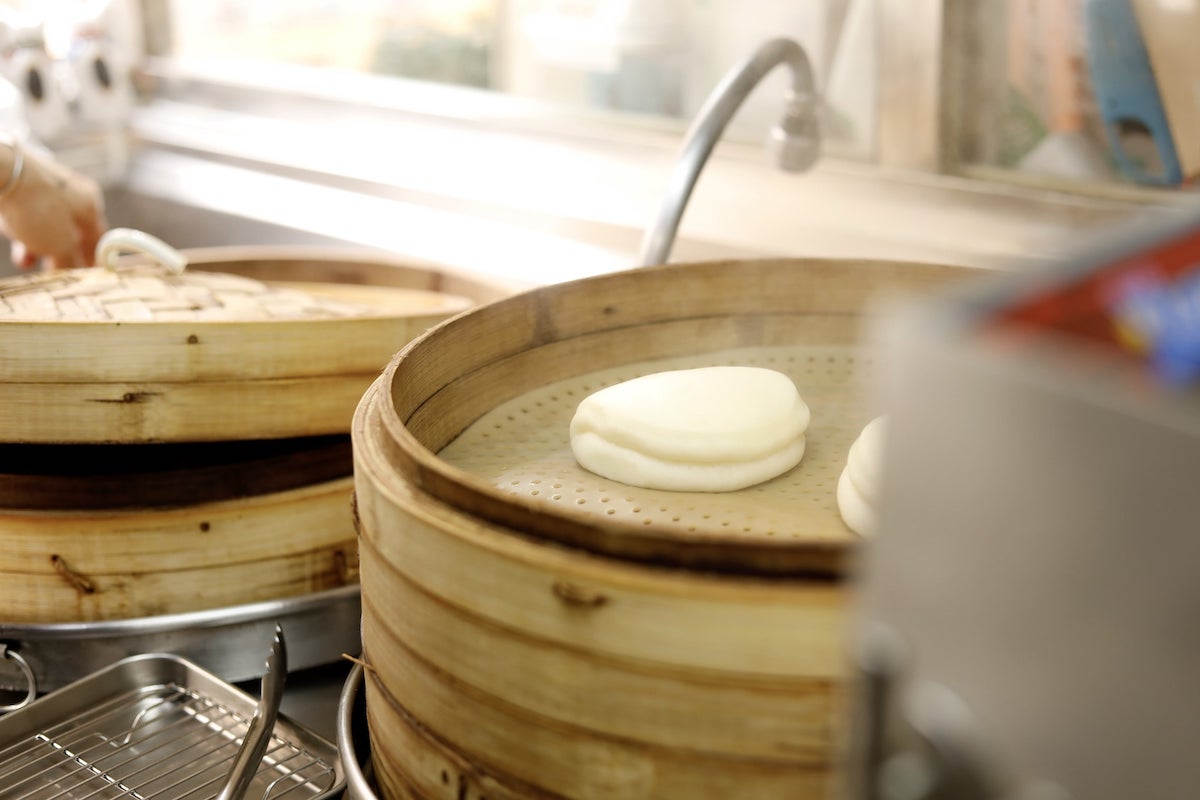 There’s no shortage of gua bao shops in Hong Kong, so how does one stand out from the crowd? So Gun believes the bun is key, and insists on making it himself. He has never made Chinese-style buns before, but leveraging on his experience of making sourdough, he slowly developed the kind of gua bao he likes. Of course, there had been failed attempts where the steamed buns didn’t even take shape. At the end, he created an exclusive dough that mixes plain flour with wheat starch to give a chewier texture. Even his father, who rarely complimented So Gun, praised him for his creation and couldn’t get enough of it.

However, great taste comes with a shocking amount of work. From measuring flour and kneading dough to fermentation, the whole process, which must be strictly monitored, takes around two hours in winter and one hour in summer. Then the buns need to be steamed for 20 minutes, followed by the preparation of fillings; all of these are handled by So Gun alone, which means starting at 8am and working till midnight. Luckily, his girlfriend Jun joined the business and the hardworking couple share the workload, with one working in the kitchen and the other focusing on service. 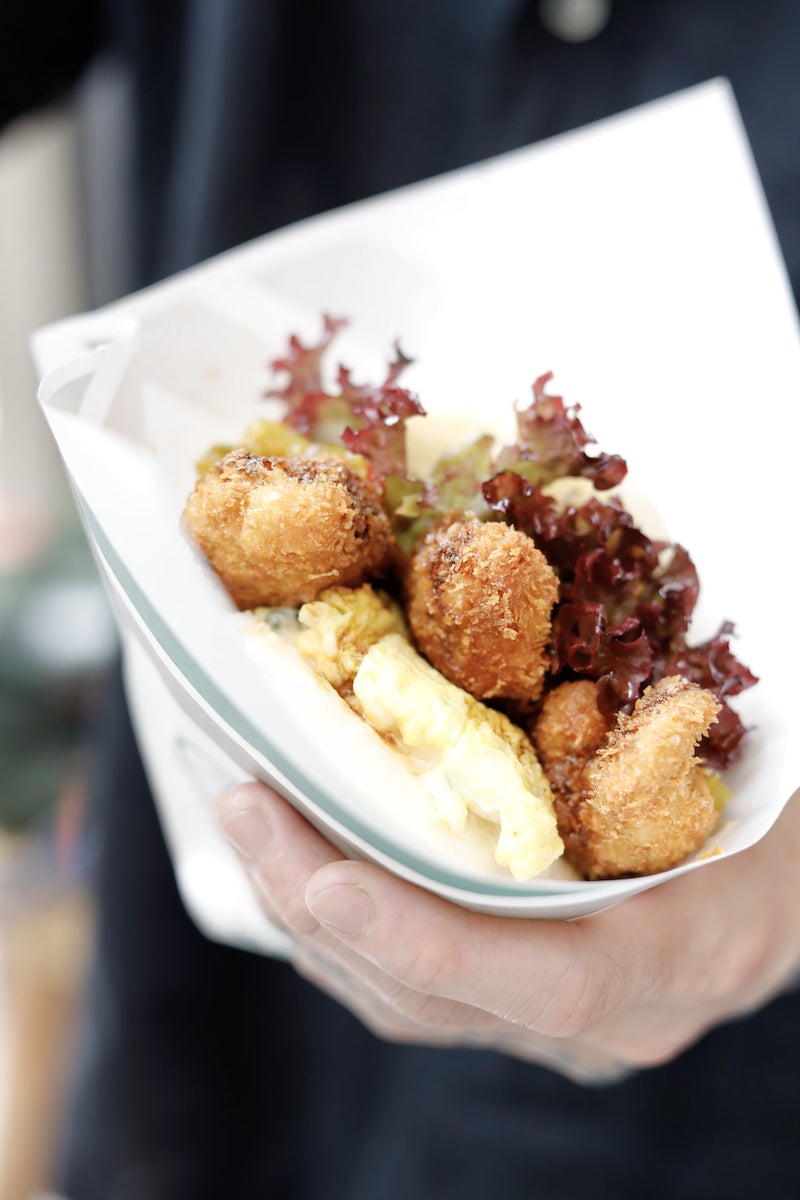 Both Street’s menu features around six seasonal gua bao offerings, fusing Chinese and Western flavours. So Gun enjoys getting inspiration from different cooking and food shows. The spicy sauce for their fried chicken bao, which combines sriracha, sweet chilli sauce, the Hong Kong-made Yuet Wo spicy sauce, and a touch of tabasco, was conceived while watching Netflix. So Gun takes on a rather natural, free-style creative approach with his cooking, but also draws on his previous experience working in MICHELIN-starred restaurants. The spicy bean mayo for the beef bao, for example, is a recipe he learned in his previous job. 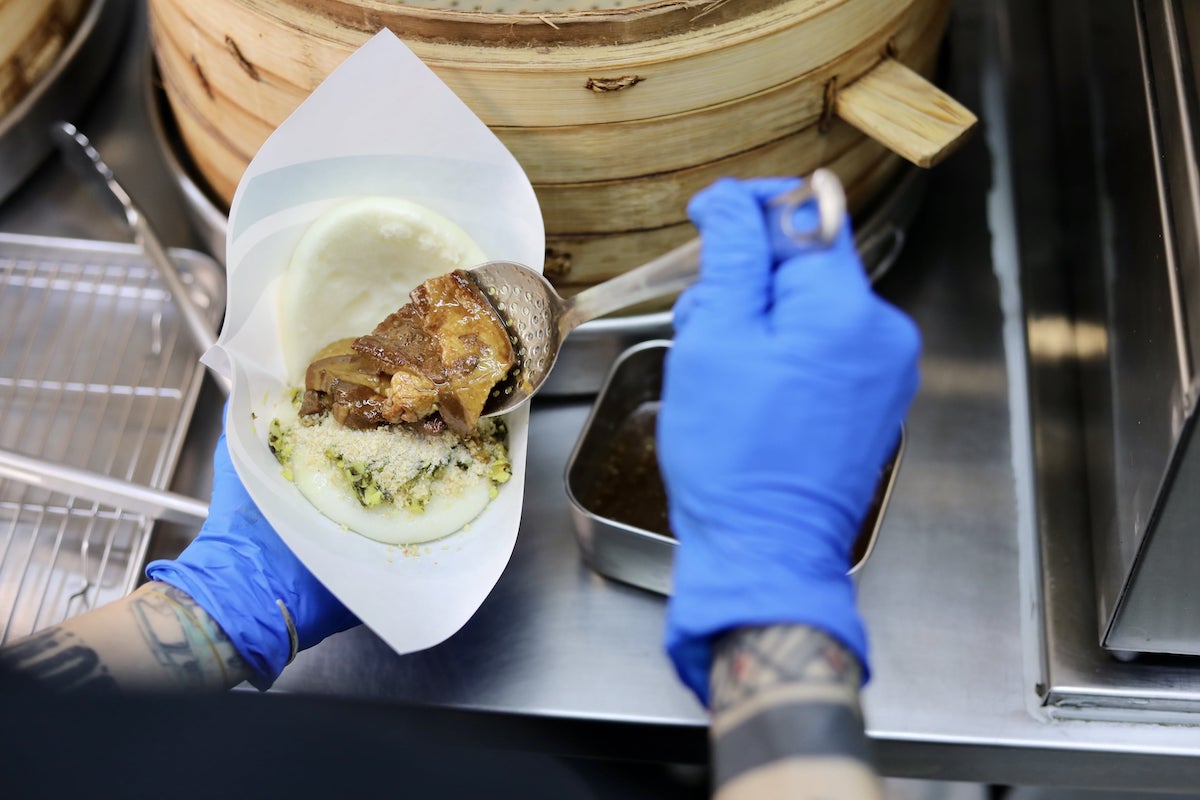 A staple on the menu is the traditional braised pork belly bao paired with tangy pickled mustard greens and yuzu sauce for a soul-restoring snack without being overly greasy. So Gun’s hand-beaten prawn cake is also a crowd favourite. Served with homemade Hong Kong-style curry mayo and refreshing watercress, this bao is packed with sweet umami and a mildly spicy kick. Then there’s the cheesy kimchi fried chicken bao. The chicken fillet has been marinated in buttermilk and then fried until golden and crispy on the outside, while the chicken remains tender and juicy.

The fried oyster bao is the restaurant’s latest addition, which is served with scrambled eggs, chives and miso yuzu sauce, with flavours evocative of the Taiwanese-style oyster pancake. So Gun says he wishes to showcase his creativity and launch even more gua bao flavours. “Even if it means finishing work even later,” Jun laughs. The two exchange a look and share a knowing smile. Jun, who makes Both Street’s pressed sandwiches, left her digital marketing job to join this restaurant business. It took her a while to get settled, but seeing her boyfriend’s passion and the positive reactions from customers, pan-frying 100 pressed sandwiches per day (while standing!) all seems worth it.

RELATED: What To Order At The 7 New Bib Gourmand Eateries in Hong Kong 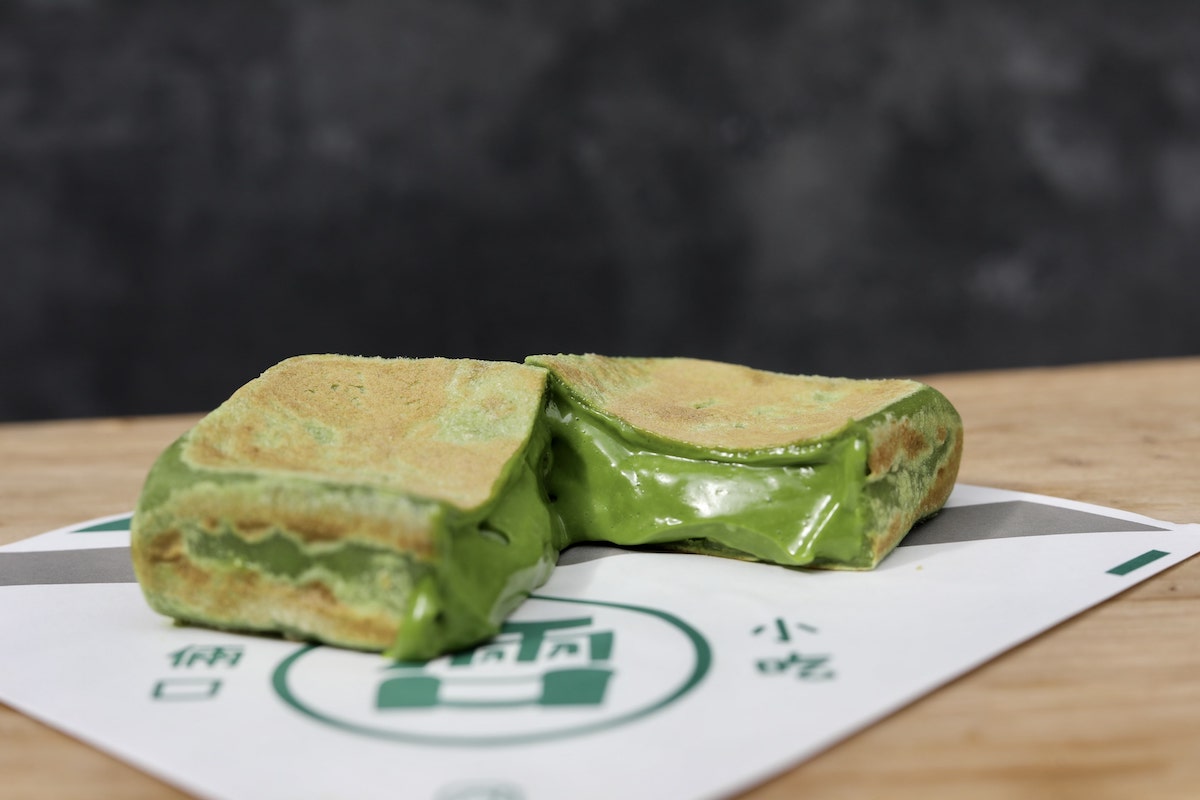 Since opening the restaurant, the couple has been working towards being listed as a MICHELIN-recommended street food eatery, so when they found out Both Street was awarded the MICHELIN Bib Gourmand distinction, they were ecstatic. “I felt relieved that our hard work had paid off,” So Gun remarks, and that to be recognised by the industry is an honour but not without pressure, so they must use this as their driving force to meet the expectations of customers. “There’s always a long line at our restaurant now, and we feel bad that people have to wait for so long. I hope that we can make vacuum-packed gua bao in the future, so customers can enjoy this in the comfort of their homes and not have to queue up.”