At the online launch of the Michelin Guide Great Britain and Ireland 2022 on Wednesday 16th February, we were delighted to announce that 19 restaurants have been newly awarded One MICHELIN Star. This brings the total number of One Starred restaurants in the 2022 guide to 164.

This is an achievement made all the more remarkable given the challenges of the last year, and we applaud the determination and resilience of those working in the hospitality industry at every level. 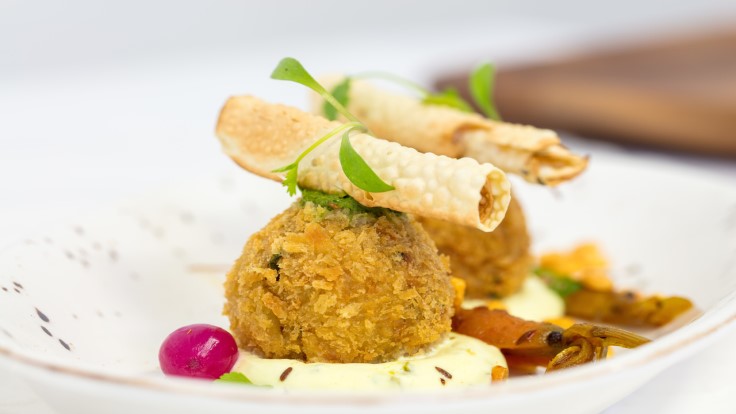 Evelyn’s Table, Soho – New Addition to the Guide
This 12-seater counter restaurant has two sittings each evening, and a subterranean speakeasy vibe. Watch Head Chef Luke Selby and his brothers Nat and Theo – joint winners of the MICHELIN ‘Young Chef Award 2022’ – as they craft sophisticated dishes using a mix of French and Japanese techniques.

Kol, Marylebone – New Addition to the Guide
At the UK’s first Mexican Star, the chefs take traditional recipes from various regions of Mexico and add their own modern, creative touches. The resulting set menu of colourful, imaginative and vibrant dishes will have you gripped from the first bite to the last.

Frog by Adam Handling, Covent Garden
Adam Handling’s flagship restaurant keeps up with the times: it’s fun, well-run, and offers carefully crafted cooking served by a friendly team. Adam’s set menus are founded on classical techniques but he blends them with playfulness and originality to produce delicious dishes which are also beautiful to look at.

Jamavar, Mayfair
London’s list of MICHELIN Starred Indian restaurants is the envy of many cities, and this smartly dressed restaurant is a firm favourite with all those who love Indian food. The menus include plenty of vegetarian options and look to all parts of India, with a slight bias towards the north.

Sollip, Southwark
Located down a little side street near the Shard is this extremely likeable restaurant, run by a husband-and-wife team. They both hail from Korea, but met while training in London, and their cooking combines techniques and flavours from their homeland with a French style to create dishes that are polished, poised and unique.

Trivet, Southwark
Trivet’s two owners are both alumni of The Fat Duck and have pooled their extensive experience to create a restaurant that gets everything right. Chef Jonny Lake produces fuss-free dishes of great clarity using prime ingredients, while the personable Isa Bal – Winner of the MICHELIN ‘Sommelier Award 2022’ – expertly handles the wine. The charming service team add to the experience.

Wild Honey St James, St James’s
This brasserie de-luxe occupies a Grade II listed former banking hall and boasts a certain grandeur, without being overly formal. Anthony Demetre’s cooking has always been marked by a refreshing lack of pomposity and showmanship – his dishes might look quite simple, but they really deliver in flavour. 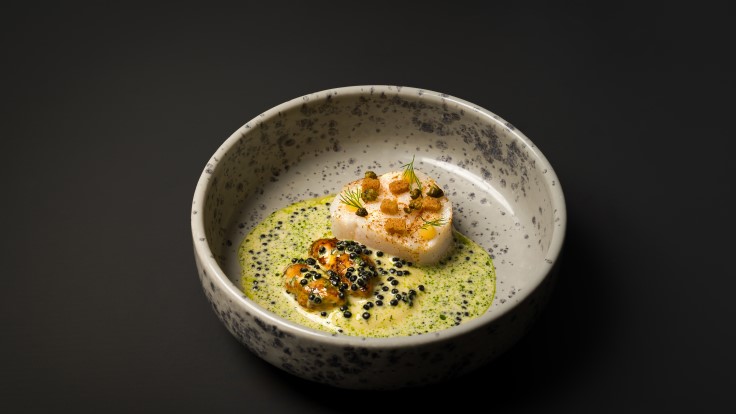 Pine, East Wallhouses – New Addition to the Guide
This rustic restaurant is set beside Hadrian’s Wall, in the beautiful Northumberland countryside. On Fridays and Saturdays they serve afternoon tea, while in the evenings it’s all about showcasing Northumbrian ingredients on a multi-course tasting menu. Small, finely crafted dishes are full of colour, and flavours really pack a punch.

Upstairs by Tom Shepherd, Lichfield – New Addition to the Guide
This warm, relaxing space above Tom Shepherd’s father’s jewellery shop represents the realisation of the chef’s dream. Cooking is confident yet restrained and Tom’s experience shines through on the set 5 or 7 course tasting menus, where beautifully presented modern British dishes come with well-thought-through flavour combinations.

The Barn, Aughton
This rustic, restored barn is Moor Hall’s more informal sister and shares its ethos, with much of the seasonal produce coming from the five-acre grounds in which they both sit. Dishes are modern, imaginative and British at heart, with understated elegance and well-judged combinations of delicious flavours.

Dog and Gun Inn, Skelton
The Dog and Gun is a proper village pub, with traditional décor, down-to-earth service – and great food. Talented yet unassuming chef-owner Ben Queen-Fryer showcases local ingredients in hearty, satisfying dishes with plenty of depth and flavour. You’ll find suet puddings, soufflés and some of the best triple-cooked chips around.

Bridge Arms, Bridge – New Addition to the Guide
Daniel and Natasha, owners of the nearby Fordwich Arms, have another hit on their hands after taking over this Grade II listed 16C pub. The cooking is gloriously nourishing and comforting, but that’s not to say the dishes don’t boast a certain elegance, thanks to the quality of the ingredients and the skill of the kitchen.

Meadowsweet, Holt – New Addition to the Guide
This Georgian building and its restful bedrooms have been lovingly restored by the former Head Chef of Morston Hall, Greg Anderson, and his partner Rebecca, who looks after the service. The finest local produce is delivered via a meticulously prepared tasting menu, where deep flavours come together perfectly and no detail is overlooked. 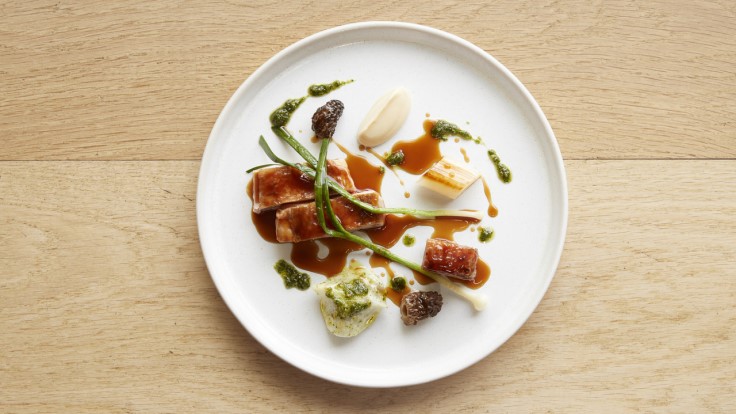 Home, Penarth – New Addition to the Guide
Home is staffed almost exclusively by family members, with James Sommerin and his daughter Georgia working together in the open kitchen. It’s a surprise menu – if you can resist opening the envelope on your table – and the impeccable dishes make great use of Welsh produce. Expect an intimate and immersive experience.

SY23, Aberystwyth – New Addition to the Guide
Foraging, pickling and fermenting all play their part on the set ten course menu at this moody, intimately lit restaurant; the charcoal grill is used to good effect and the deceptively simple looking dishes are modern and original with real depth of flavour. Chef-owner Nathan Davies is an Ynyshir alumnus, and the influences are clear to see. 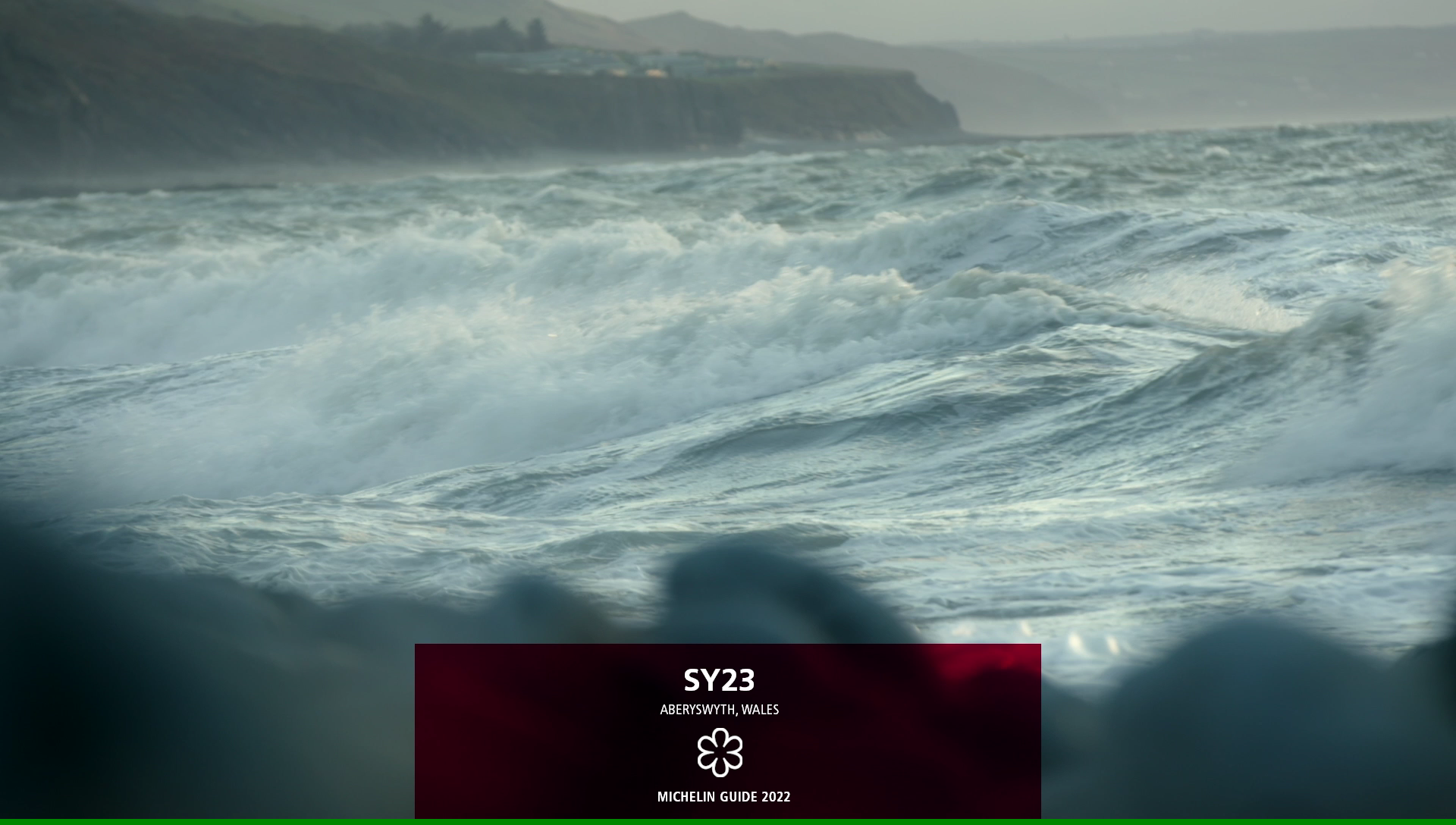 The Glenturret Lalique, Crieff – New Addition to the Guide
Set within Scotland's oldest working whisky distillery, this intimate restaurant boasts luxurious features such as two beautiful Lalique chandeliers hanging from its beamed ceiling. The precisely crafted, modern dishes have a clean, delicate look and great depth of flavour, and many are finished at the table.

Unalome by Graeme Cheevers, Glasgow – New Addition to the Guide
His name will be familiar to most foodies as he’s left his mark on a number of kitchens around Scotland and in Unalome, his first solo venture, Graeme Cheevers has created a restaurant for all occasions. Bold, sophisticated dishes display his classical leanings, as he uses his considerable culinary skills to pay respect to the finest of Scottish produce. 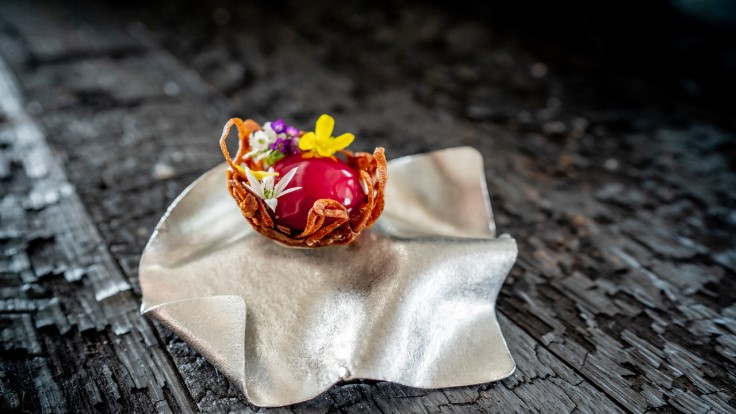 Bastible, Dublin
Vibrant neighbourhood bistro Bastible is a popular spot serving generous portions of boldly-flavoured food: this is cooking which comes from the heart. Owner Barry Fitzgerald confidently takes the lead in the open kitchen. The modern set menu features top class Irish produce and each main ingredient is given the space to shine.

Glovers Alley, Dublin
This chic, elegant restaurant is set on the second floor of The Fitzwilliam Hotel, overlooking St Stephen’s Green. Andy McFadden’s cooking is characterised by intense flavours and textures, and his experience shines through in creative, modern dishes which are skilfully prepared and artfully presented. 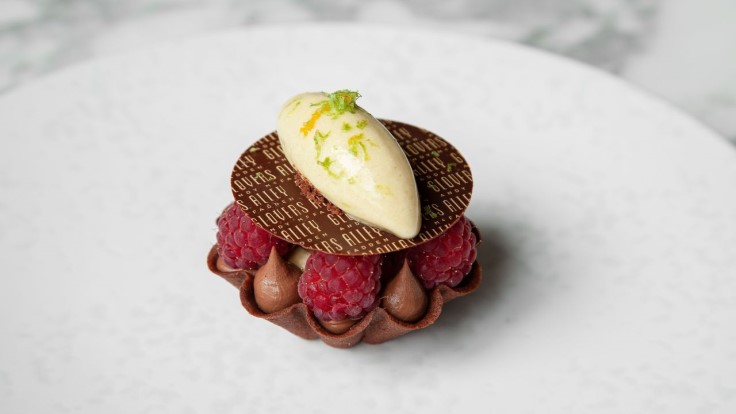 The MICHELIN Guide Great Britain & Ireland is published in a digital format only, both on our website (UK and Republic of Ireland) and via the iOS and Android apps.

Restaurants in the UK and Ireland where you can really treat your mum this Mother's Day – or any other day of the year!