Michelin Restaurants with the Best Bars

Which restaurants in London, the UK and Ireland have a cocktail list to rival their menu?

We know their food is top-notch but which restaurants in the Michelin Guide also feature fabulous bars, perfect for a pre or post dinner drink or two?

Here’s a selection of some of our favourites:

MasterChef’s Monica Galetti and her husband David own and run this understatedly elegant basement restaurant, which also has a cool and very stylish bar on the floor above. Cocktails are expertly mixed behind an Indian granite-topped bar edged in zinc, and art by Warren Kerley featuring hundreds of metal champagne caps draws the eye.

This glamorous art deco style basement brasserie, situated in the heart of Soho, also boasts an authentic, clubby American cocktail bar – Bar Américain – and a live music and cabaret venue, known as The Crazy Coqs. Classic and house cocktails are served alongside a selection of beers, wines and champagnes. 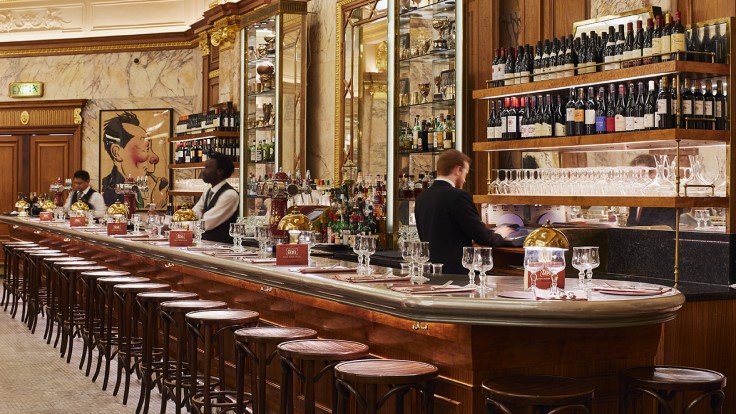 Adjoining the brasserie de-luxe style restaurant, overlooking the famous Parker’s Piece, is the Parker’s Tavern Bar, where the cocktail list celebrates Cambridge’s spirit of invention. Each drink has a story, like the Bloomsbury Boozer, which references the Bloomsbury Set who met at Cambridge or the Blushing Byron, a tribute to Lord Byron who as a student was known to take late night baths in the Trinity College fountain.

The mezzanine level of this charming former art deco cinema makes for a stylish champagne and cocktail bar; head up the sweeping staircase, cosy up in one of the booths and you’ll have a view of the diners below. Framed photos of glamorous Hollywood movie stars punctuate the walls and regular live music adds to the lively atmosphere. 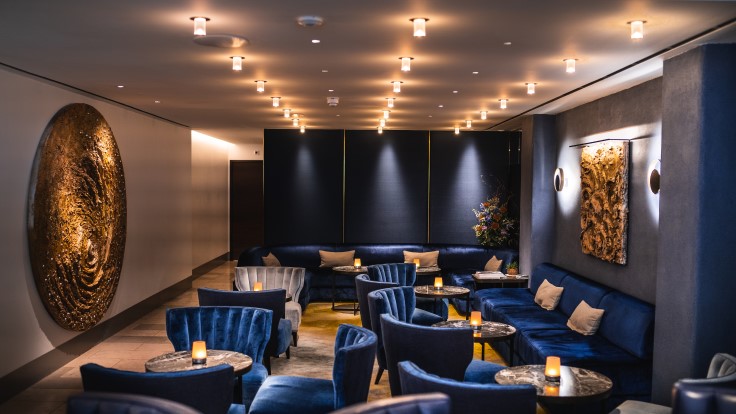 The Seahorse sits in a lovely spot on South Embankment in picturesque Dartmouth; enter the bijou cocktail bar on narrow Raleigh Street and grab yourself a cocktail or two. It’s called Joe’s Bar in honour of a local fisherman and friend of owner Mitch Tonks, and features vibrant works by local artist Bas Kennedy.

Harwich might not seem the obvious place to find a swanky cocktail bar, but here it is: the on-trend
NAVYÄRD, found on the ground floor of The Pier and named in recognition of the sea-faring links the town forged across Europe and Scandinavia. Local beer, craft ales, prosecco-based cocktails and a library of over 100 gins means its worthy of a visit even if you don’t plan to head upstairs to eat. 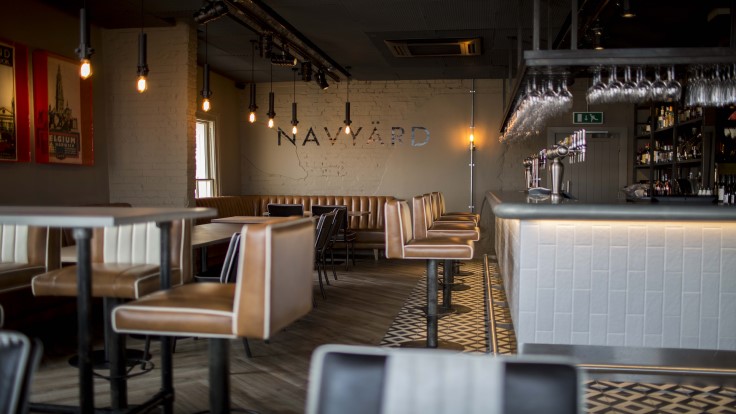 The people at D&D know more than most about how to make a restaurant fun and exciting, so it comes as no surprise to find a spacious rooftop garden terrace and bar on the 19th floor of No 1 Spinningfields tower. With its city views, cracking cocktails and weekend DJs, this place is a destination in its own right; perfect for partying and people watching.

Adamson’s elegant cocktail bar brings a bit of glamour to St Andrews. Cocktails with names like Doctor’s Orders and The Physician are a nod to the building’s history: it was originally the home of the local physician (and pioneer photographer) Dr John Adamson, and later became the Post Office. 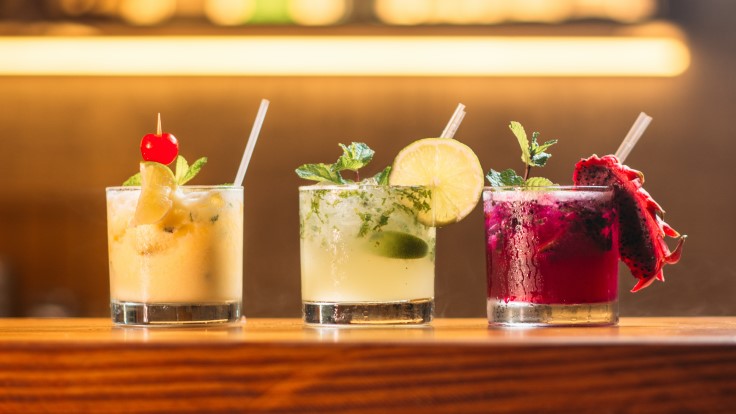 Having spent time in London, the eponymous Tom Simmons headed back to his homeland to open this elegant restaurant which features no less than two bars set over two floors. Make for the speakeasy-style retreat on the second floor to grab a cocktail before heading out to the pavement terrace; they also serve bar snacks throughout the day.

The Tack Room bar at the Adare Manor Hotel was designed by David Collins; sit by the fireside or at the green marble bar. Their extensive whiskey collection includes more than 100 rare bottles sourced from around the world but with a focus on Ireland; bespoke cocktails are created by their own mixologists. 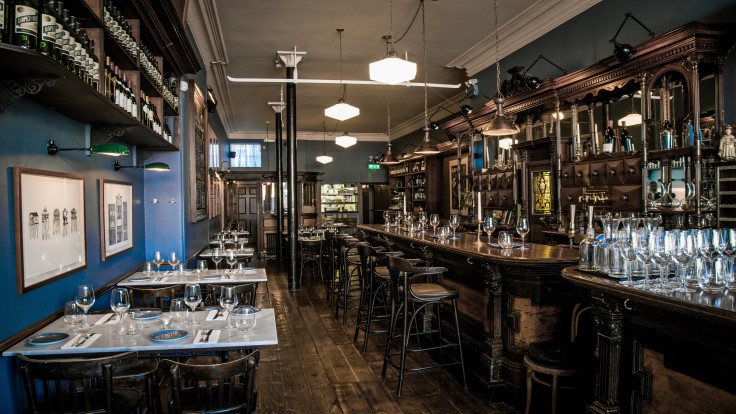 This former grocer’s shop oozes character; head up to the first floor ‘Sitting Room’, which would have been the family’s front parlour to be used on special occasions. The décor is a nod to that period and open fires create a cosy feel. The cocktail list is short but sweet but a drink here is a must – if only to take in the wonderful atmosphere.

See also: Counter Dining in the UK and Ireland