Whatley Manor – a charming Grade II listed Cotswold stone farmhouse which dates back to 1802 – sits in 12 acres of formal gardens and offers lovely views out over the countryside. Its guest areas include a delightful wood-panelled sitting room, a stunning spa, a top-class business centre and even a cinema, while the luxurious, individually decorated bedrooms come with sumptuous bathrooms and a contemporary feel.

Head Chef Niall Keating oversees the intimate Dining Room. Start with drinks on the terrace as you watch the sun go down, then head to the impressive new kitchen, which was fully refitted at the start of the year. Here you will enjoy delectable, cleverly crafted nibbles – which may include the likes of ‘mango, tamarind glaze’ or ‘eel, citrus, aigre-doux’ – all while chatting to the team, whose passion and determination are palpable. 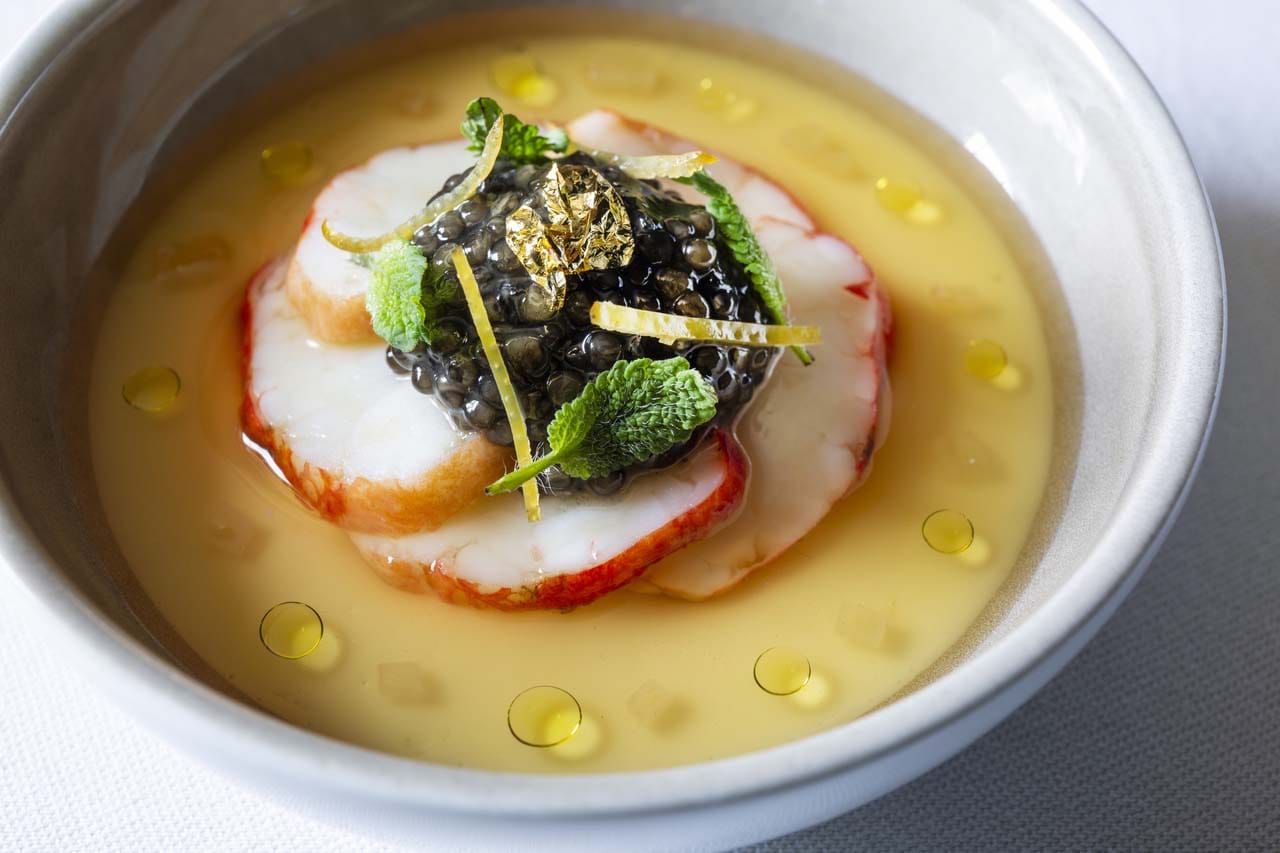 After this, you’re led to the dining room itself: a neutral and serene spot which keeps the focus where it matters – firmly on the food. And what exceptional food it is, with dishes packed full of Niall’s personality.

The appealing multi-course set menu comes in meat, vegetarian, vegan and pescatarian versions, and the accomplished modern cooking has a well-measured originality which carefully balances classic and contemporary techniques. Don’t be fooled by the apparent visual simplicity of these dishes though… many different elements are at play here and the flavour combinations are simply sublime.

Niall’s cooking exhibits many Asian elements – particularly Korean and Japanese – which are inspired by his travels, but while the influences may come from abroad, the ingredients keep their miles to a minimum, with trusted farms, fishermen and suppliers all located in Devon and the West Country. Some of the dishes the Michelin Inspectors most enjoyed included grilled king crab custard; ‘risotto’, chorizo and scallop; and Wagyu, kohlrabi, date and ssamjang. 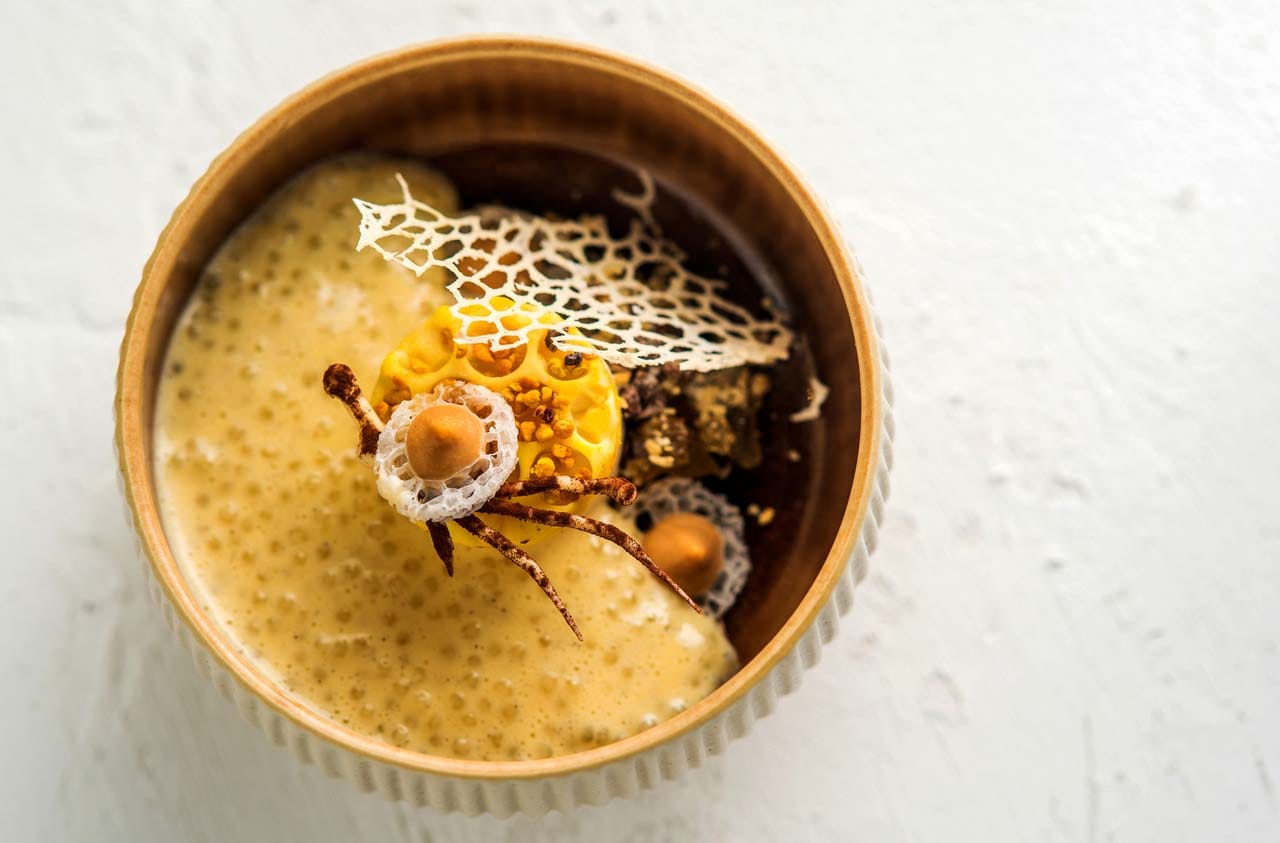 Satisfyingly, it’s not just the food that stands out here. Service is charming and attentive and, alongside the three wine flights, the enthusiastic sommelier offers some creative suggestions which see organic, bio-dynamic and natural wines brought to the fore.

Since the very beginning of his career, Niall has been hooked on the buzz and fast pace of working in a kitchen. He earned his first Michelin Star in the 2018 Guide – having been at Whatley Manor for less than a year – and also won the Michelin European Young Chef of the Year Award 2018, where he was the youngest nominee in the running. Just two short years later, his restaurant has been promoted to Two Michelin Stars.

In his spare time, Niall likes to take part in Iron Man events, as well as participating in charity events such as Hospitality Action’s ‘Social Sundays’.