New year, new beginnings — the dawn of a new year is the perfect opportunity to start over with a clean slate. It is little surprise that dishes eaten to celebrate the new year are often crammed with well-meaning symbols, from good health to prosperity. 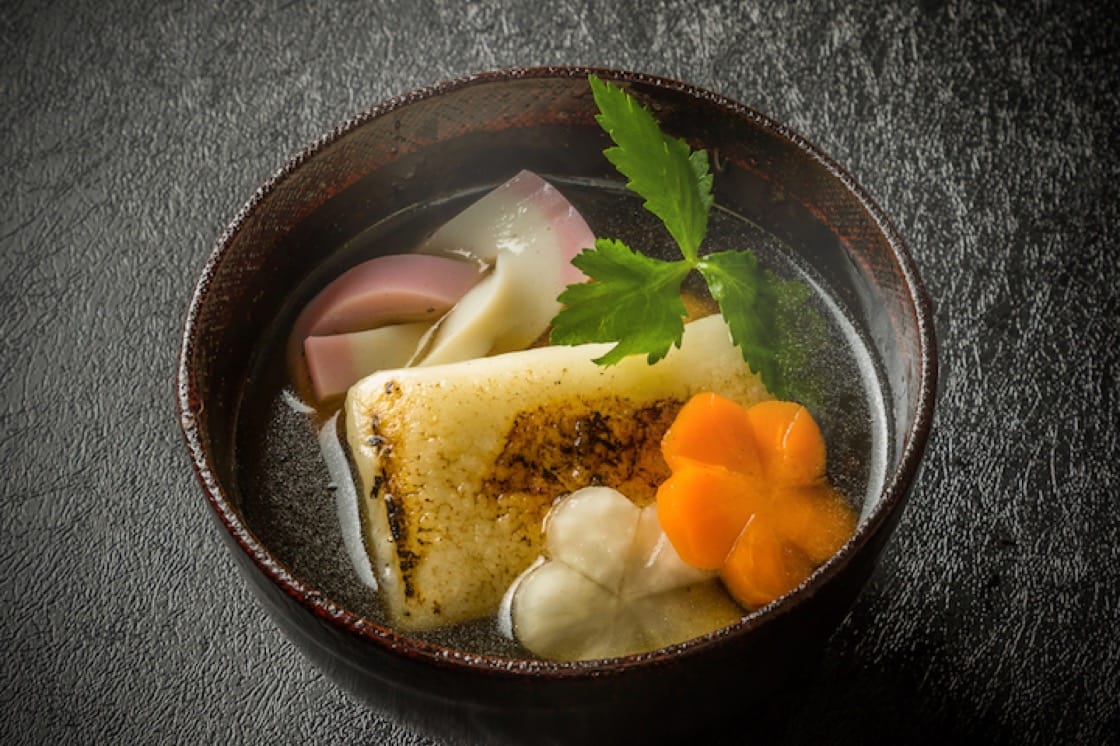 Ozouni is a dashi- or miso-based soup filled with mochi, vegetables and meat.
1. Ozouni soup

For traditionalists in Japan, the first meal of the new year is not complete without ozouni, a dashi- or miso-based soup filled with mochi, vegetables and meat which originated from samurai families in ancient Japan.

A bowl of this soul-warming broth is a symbol of longevity and good fortune. The ingredients and styles of ozouni vary by households and prefectures. In the eastern Kanto region, the soup is typically made with sake- or mirin-spiked dashi, green vegetables, chicken and grilled gooey mochi. Those in the western Kansai region prefer the soup to be sweeter and milky as the mochi is boiled in thicker white-hued dashi and miso stock and cooked with yam, carrot and daikon.

The shape of the mochi also varies in different versions. Ozouni, which is a combination of the Japanese words for mixture or boiled food, is just one of the multitude of dishes that make up osechi-ryori, a luck-bearing assemblage of intricate bites that are neatly arranged in bento boxes. 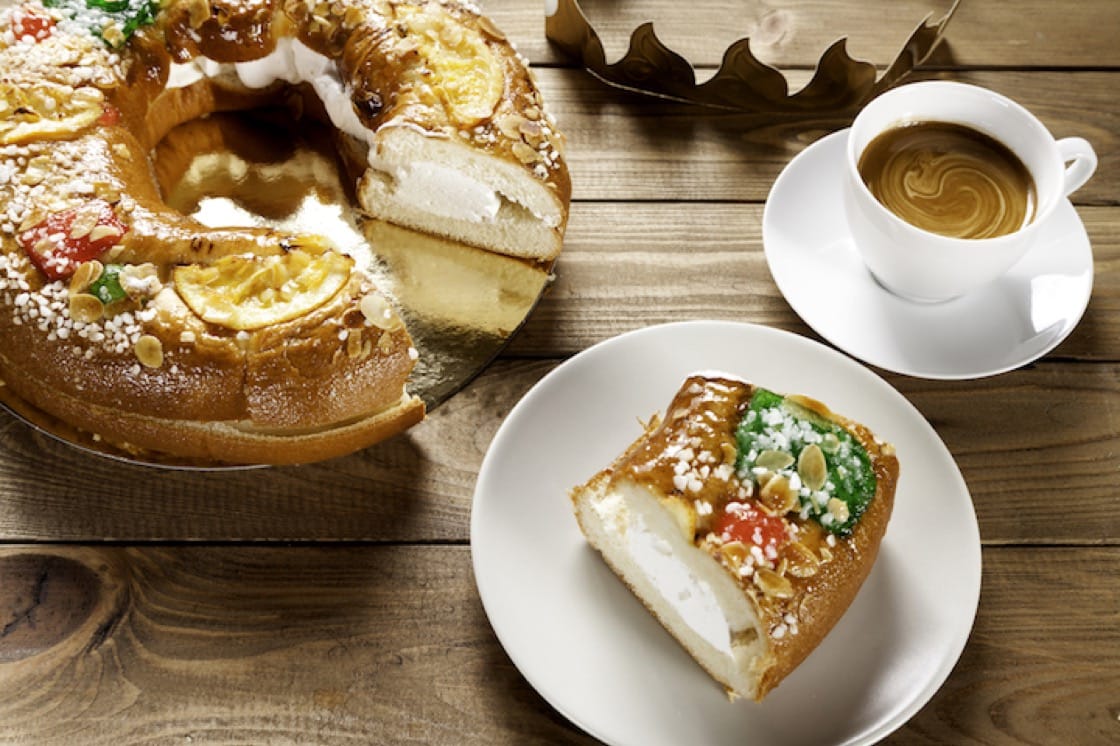 Those who happen to bite into a feve or bean hidden in the king's cake is expected to be blessed with good fortune.
2. King’s Cake

Pining to be royalty for a day? That dream might come through by digging into a king’s cake or galette des rois in French. The sweet bread-like cake, which is typically circular or ring-shaped, is widely eaten across Europe and in the United States. It is eaten to commemorate Epiphany on 6 January, which marks the three wise men’s visit to Jesus.

In France, the galette des rois is a buttery puff pastry cake filled with almond cream and its flaky golden crust is scored with designs. In New Orleans, the plaited ring cake is adorned with coloured icing and sprinkles, which is also used to celebrate the Mardi Gras festival.

Traditionally, each cake has a feve or bean hidden in it. The lucky person who gets the bean can don a paper crown that comes with the cake for the day, which is seen as a sign of good luck. In the United States, that tradition has morphed into hiding a small plastic baby trinket inside the cake. 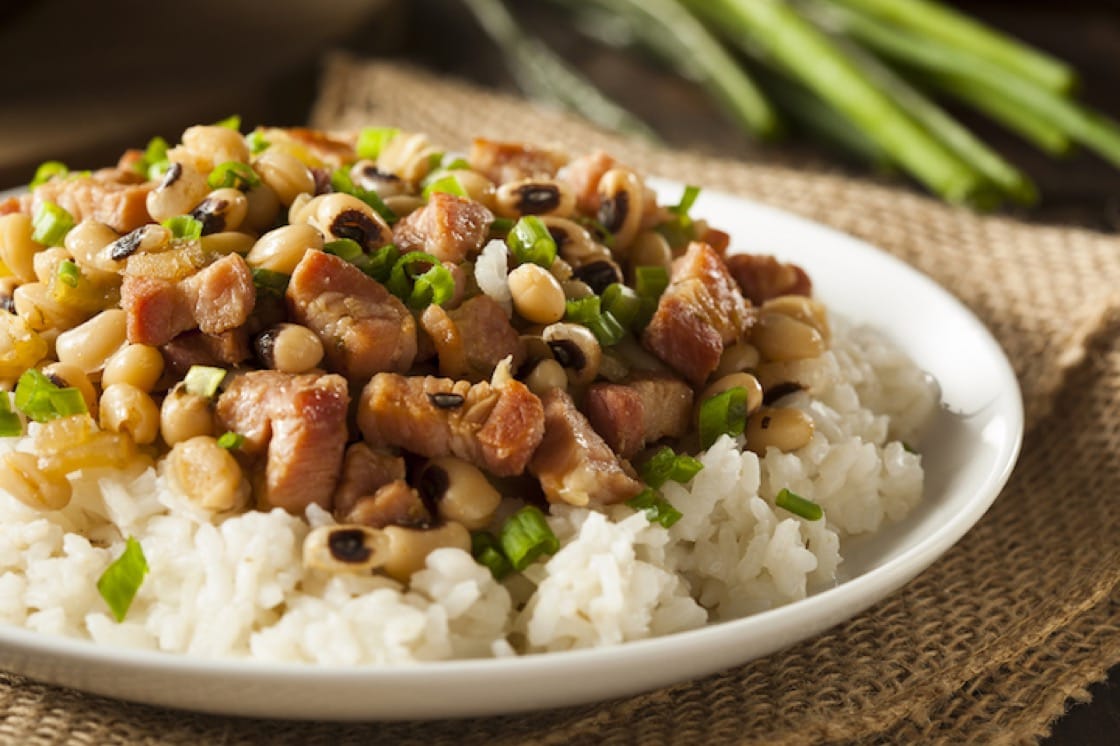 If you’re welcoming the new year in the southern states of America, there is no escaping from Hoppin’ John, a rice dish with pork, black-eyed peas, collard greens and onions. Sometimes, the savoury dish is paired with cornbread.

Tradition calls it to be eaten on the first day of the new year. Seeking brighter fortunes for 2019? Each component of the colourful dish brims with symbolism of wealth. The black-eyed peas represent “coins”, the cornbread stands for “gold” and the collard greens represent the colour of money. The dish is believed to have been brought over by African slaves who toiled in the rice plantations in the states of Carolina and Georgia. 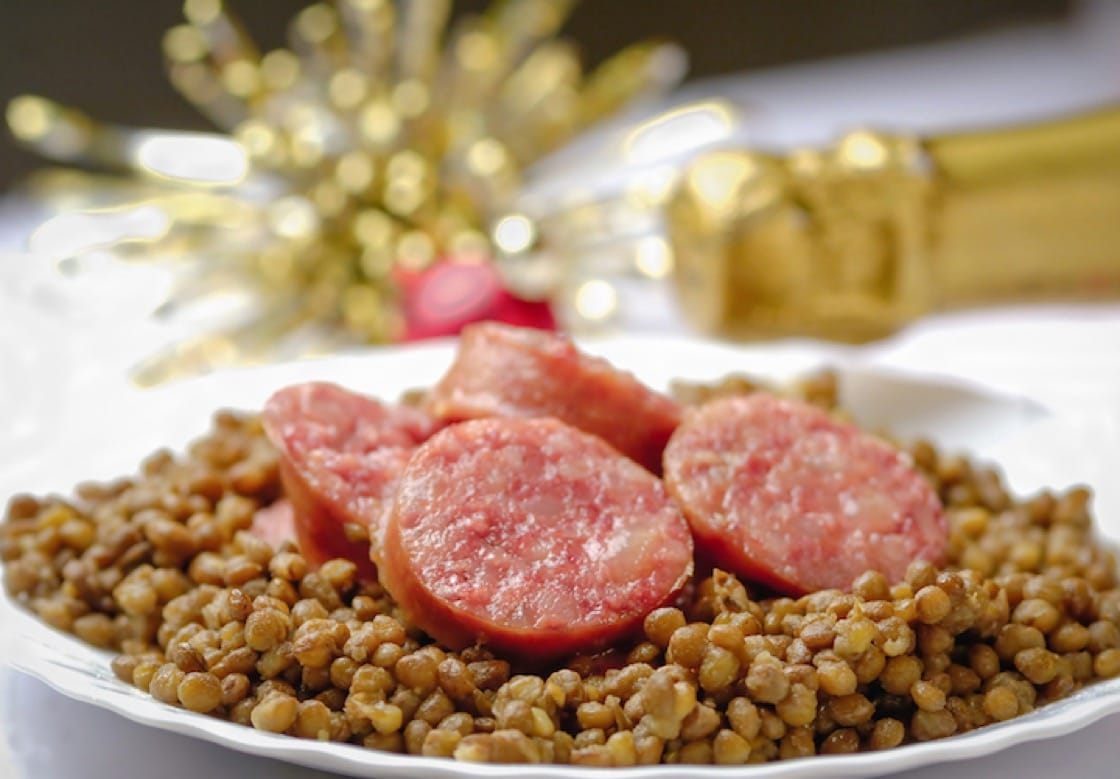 In Italy, revellers usher in the new year with cotechino con lenticchie, a hearty stew of fresh pork sausages and lentils.

The stew represents an abundance of prosperity as lentils resemble the shape of coins. Topping the mound of lentils is cotechino, or fat-studded pork sausage in Italian, which is regarded as auspicious.

Hailing from Modena in Emilia-Romagna, the round slabs of sausage are seasoned with spices such as nutmeg, cloves and pepper, and are either served raw or lightly seared. 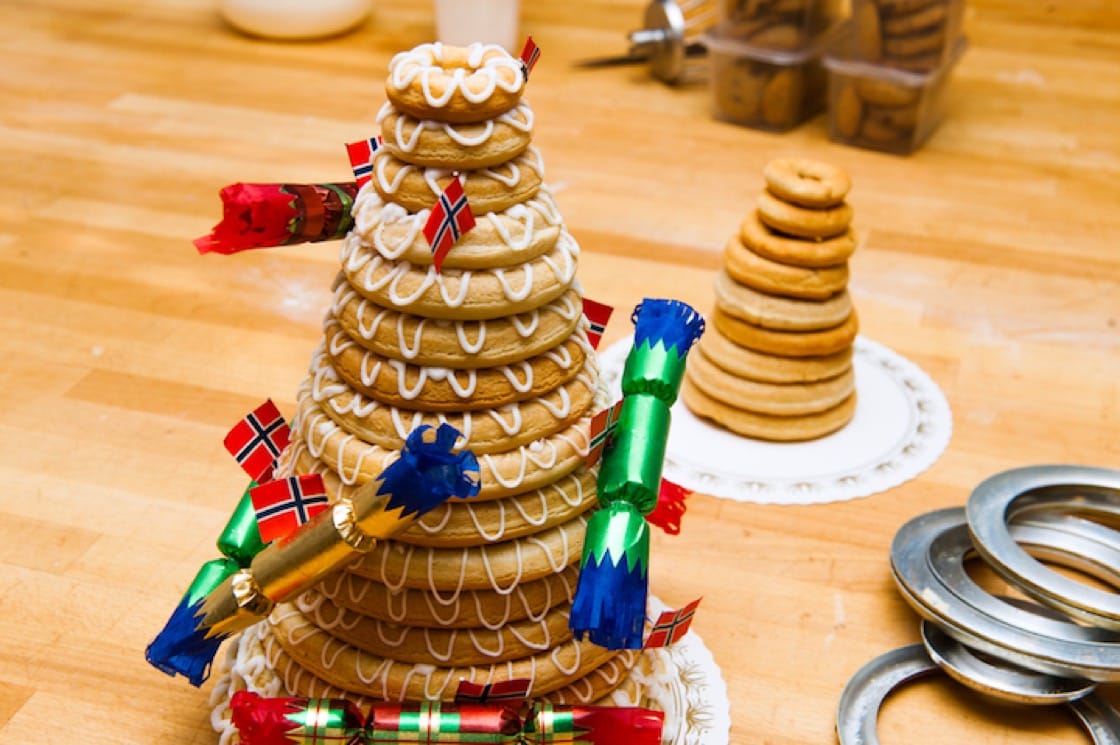 The Kransekage is a towering marzipan ring cake that is adorned with icing.
5. Kransekage

Not many New Year’s food are as towering as the Kransekage, a marzipan ring cake that is traditionally eaten to mark the dawn of a new year in Denmark and Norway.

Also known as wreath cake, the tower is constructed by piling concentric rings of cakes on top of each other till a cone-like shape is formed. The cake’s layers are simply made with marzipan, sugar and egg whites, and are baked till the crust is crisp and its insides are moist. The tower is adorned white icing, cream, crackers and flags.

Hop to these places offering lavish spreads, egg hunts and other fun Easter activities for the whole family.

Where to celebrate Christmas and New Year in Bangkok, Phuket and Phang-Nga

Drink and dine to your heart’s content with choices in Bangkok and Phuket to ring in the festive season.

Stir up some Yuletide cheer with this boozy concoction that is chockfull of Christmas spices.