These seven eateries in the city offer up a three-course meal for a maximum of €37.

Located in the southernmost region of Bavaria, Munich’s origins date back to the ninth century. Derived from the German word for “monk” (mönch), München, or Munich, was established near a Benedictine abbey. Now, Munich has grown from the small village it once was to the third largest city in the country, home to nearly 1.5 million people.

Though it was heavily bombed during World War II, Munich has since prevailed, and is home to several museums and major business headquarters including BMW, Siemens and Microsoft, as well as Oktoberfest, by and large one of—if not the—largest beer events in the world.

With so much history and culture, it comes as no surprise that Munich is run amok with great restaurants. Here, seven eateries in the city designated with a Bib Gourmand, offering up a three-course meal for a maximum of €37. 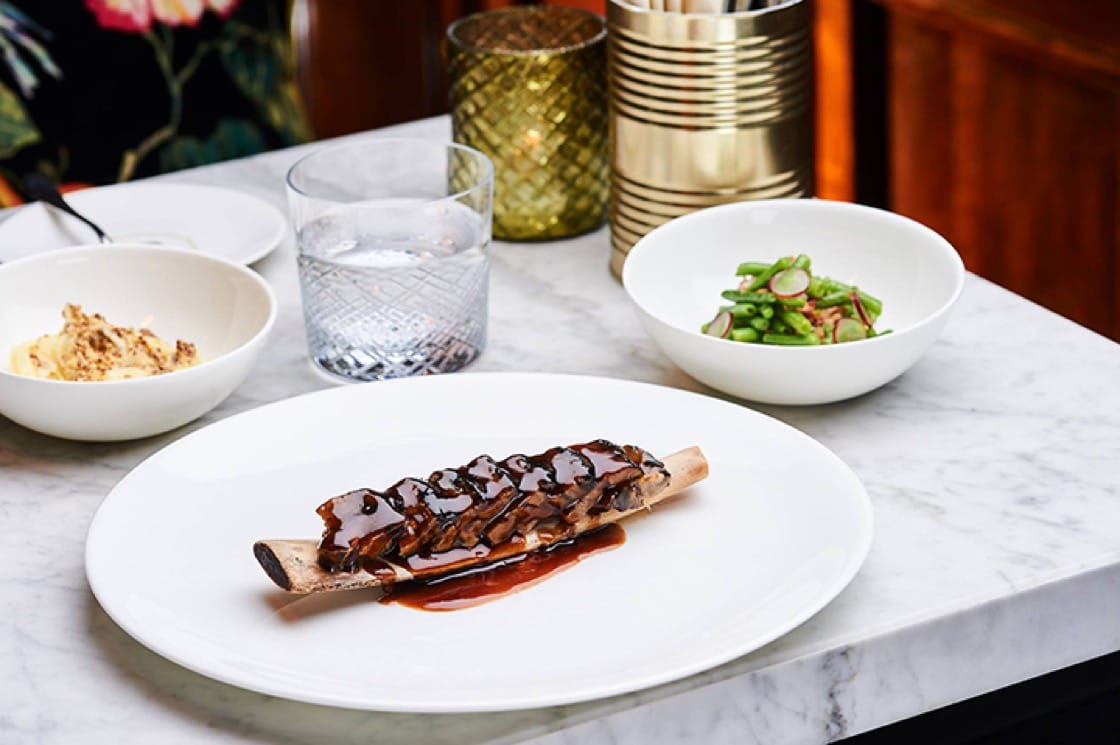 What Our Inspectors Say: “Tim Raue really has his finger on the pulse with his new culinary concept at Colette. It is as relaxed as a French brasserie, friendly with pleasantly informal service, and offers good food at great prices. The first class ingredients speak for themselves in dishes such as boeuf bourguignon with speck, mushrooms and shallots.”

What Our Inspectors Say: “In this friendly corner restaurant the chef cooks dishes from his French homeland. You can choose from the blackboard or the small menu of classic dishes. In summer, enjoy your meal outdoors or by the open, glass façade.”

What Our Inspectors Say: “This is just what you imagine a traditional Bavarian restaurant to be like. Dating back to 1875, it stands just outside the city gates and serves typical Bavarian and Austrian cuisine. Dishes include Krosser saddle of suckling pig, and Vienna-style beef boiled in broth.”

What Our Inspectors Say: “La Bohème offers a trendy urban setting in which to enjoy its modern cuisine. Simpler lunchtime offerings give way to an ambitious evening menu - try the sea bass with bouillabaisse vegetables and pearl barley Risotto. The restaurant serves brunch on Sundays, and also organies occasional magic shows and music evenings.”

What Our Inspectors Say: “The friendly restaurant in the family-run Neumayr hotel (now in the hands of the third generation) prepares flavorsome food using fresh products without any frills. Try the game broth with liver dumplings or the veal sweetbreads with wild garlic, morel mushrooms and Savoy cabbage. All accompanied by one of the over 450 different wines.”

What Our Inspectors Say: "The food here is really good so not surprisingly this charming wood-paneled restaurant is very popular and booking is therefore recommended. The menu includes grilled turkey breast with tomatoes, peppers, courgettes, olives and rosemary potatoes, and fillet of zander with a Riesling cream sauce. Attractive garden terrace."

What Our Inspectors Say: "The food served in the lovely dining rooms at this long-established, family-run restaurant includes both seasonal, regional fare and classics, ranging from fillet of brook trout with asparagus ragout to Wiener schnitzel. You'll also find a secluded beer garden under the chestnuts and several attractive, spacious guestrooms."