In the California desert lies a forgotten film set: an entire town, a reproduction of the Old West, built in the 1940s and backdrop to dozens of cowboy movies in that decade and the next.

It was Hollywood’s own Westworld. Then Hollywood left.

Some sixty years later its streets have gotten a bit of their bustle back. The main thoroughfare is home to boutique shops. The replica cantina is a near-legendary music venue. And the old cavalry fort is a stylish new hotel. The Pioneertown Motel is the kind of accommodation that generates giddy excitement among even the most jaded of Tablet’s hotel aficionados. We’ve seen every form of lodging there is, and this amount of personality and provenance has no substitute.

Pioneertown’s resurgence is surprising, to say the least. But while the newfound success is no doubt extraordinary, the reasons it failed in the first place might be even more interesting. 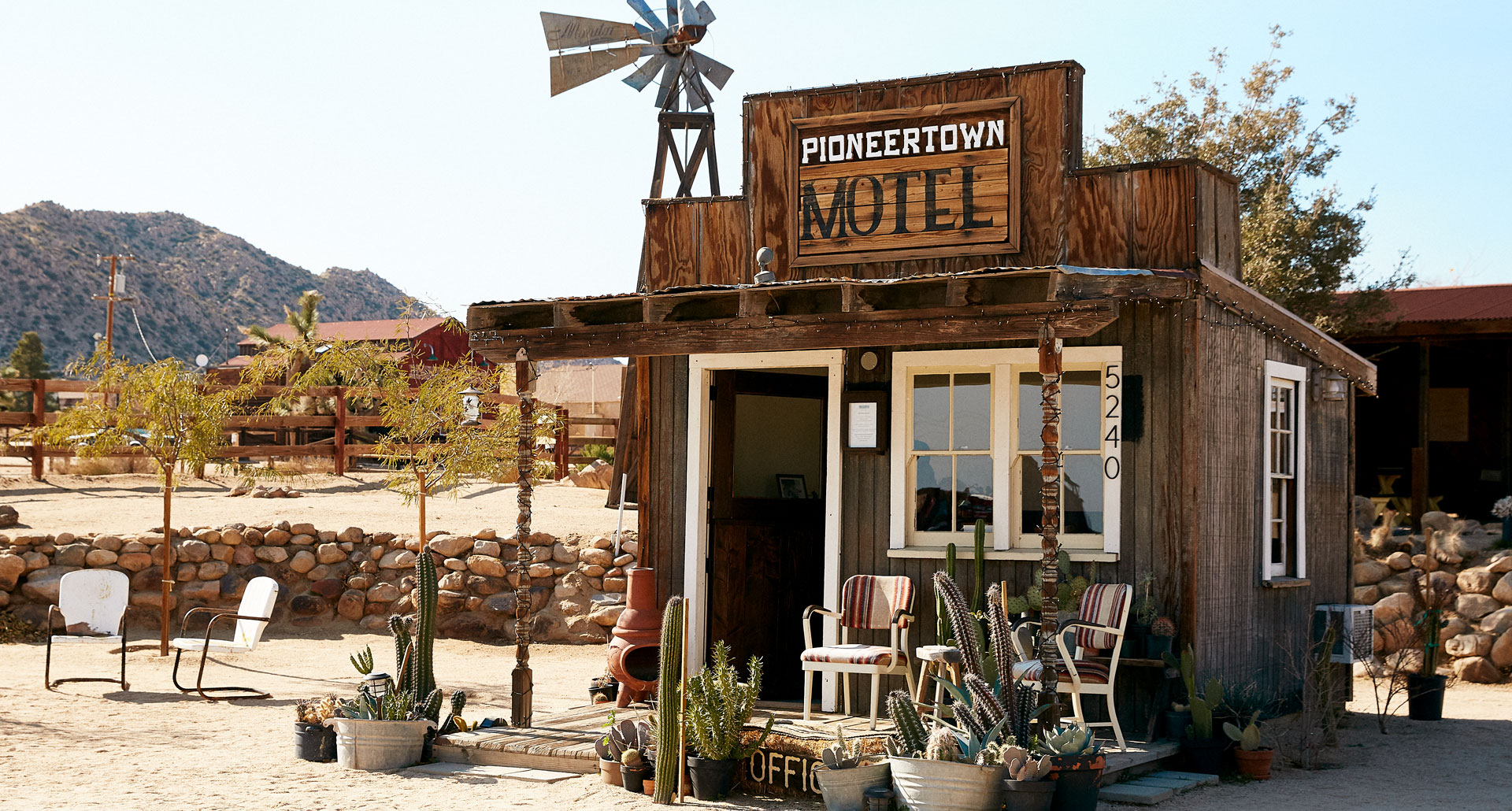 The front desk of the Pioneertown Motel, as it stands today.

Act One: The New Old West

Built immediately following the war by a team of actors and Hollywood brass, Pioneertown is the baby of Western star Dick Curtis, who recognized something of a market inefficiency. Rather than building and rebuilding the wooden facades of a Western outpost in the hills outside Hollywood, the actor thought, filmmakers could come and shoot in a real 1880s-styled town surrounded by a diversity of landscapes that could mimic any number of Old West locales.

Almost immediately, the gambit worked. In 1948, Philip Krasne used Pioneertown for his feature film The Valiant Hombre, kicking off a decade-long run of constant credits. After 156 episodes of The Cisco Kid and a host of Gene Autry productions, Pioneertown was a bona fide Hollywood star.

But right from the opening credits, Dick Curtis wanted more for Pioneertown than the fickle attention of Hollywood. He wanted a real town. “A living, breathing movie set,” as Kenneth Gentry, author of Pioneertown, USA, explained to MICHELIN. “Living” and “breathing” meant more than just a sound stage, more than an 1880s-themed main street, and more than an open invitation to production companies.

It also meant a functioning settlement filled with people — filled with one of the most attractive assets for a visiting film crew: extras. 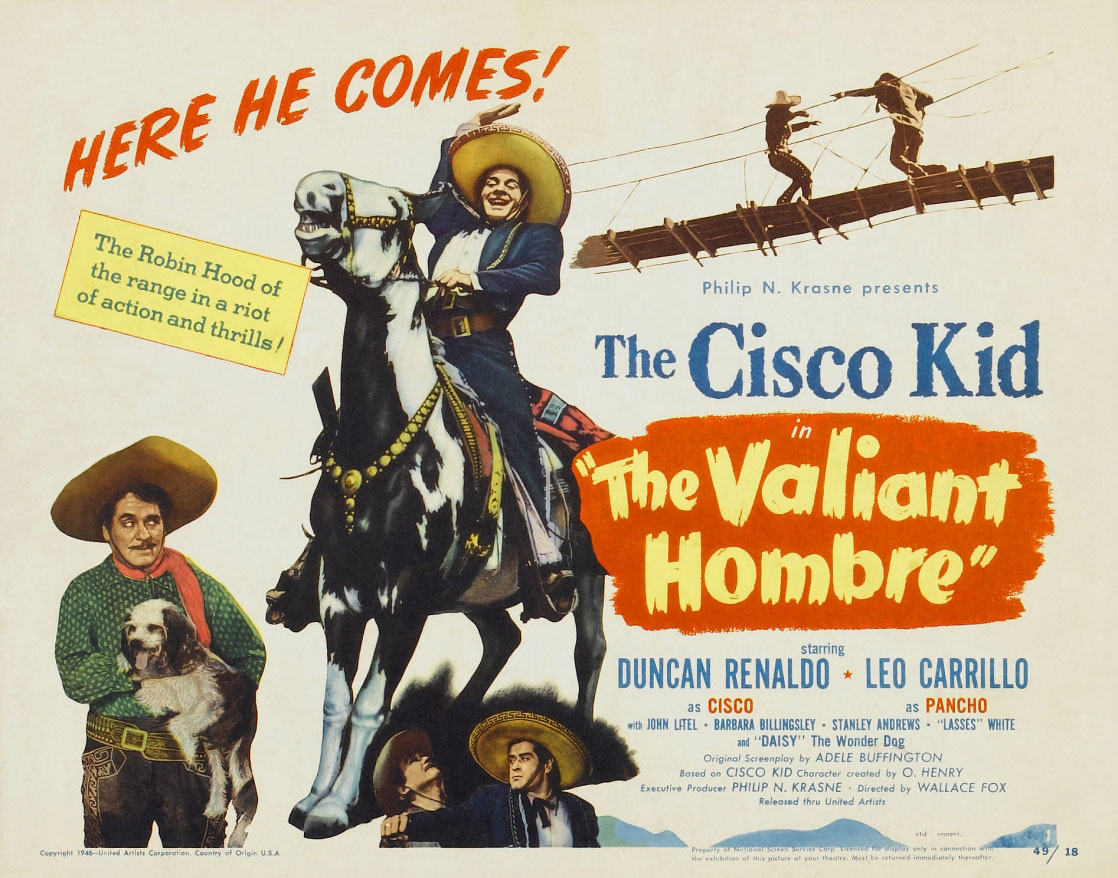 948’s The Valiant Hombre, the first of many Cisco Kid productions to film at Pioneertown. 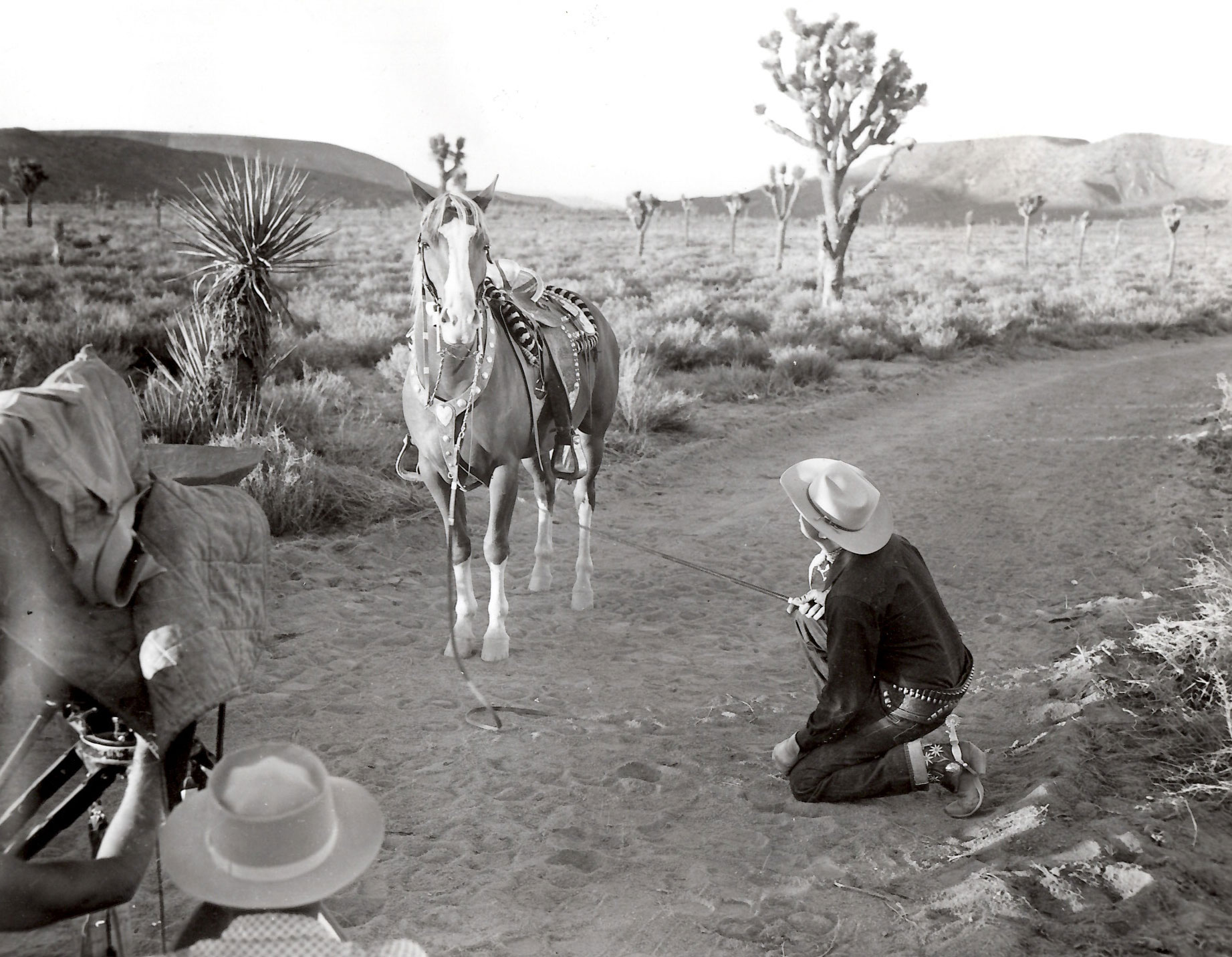 A 1940s-era production still, on a patch of land visible from the motel.

In the first years of Pioneertown, production and people both flocked to it. After the star-crossed grand opening (Roy Rogers! Robert Mitchum! Lucille Ball!), businesses sprouted up all around Pioneertown and its whimsically named Mane Street. A bowling alley would become the town’s pride. The Golden Stallion Chinese restaurant earned renown across the high desert. The Red Dog Saloon drew both locals and tourists. Meanwhile, land sales took off. The Valiant Hombre made its debut, and — the perfect shot in a movie montage of success — citizens promoted the town with parades and carnivals.

But even amidst the success, trouble lurked. In 1948, an argument broke out between Dick Curtis and the Pioneertown Corporation board. Curtis pushed for building up the community and attracting more residents, while his adversaries wanted to prioritize commercial sales and attracting business. The board won out. 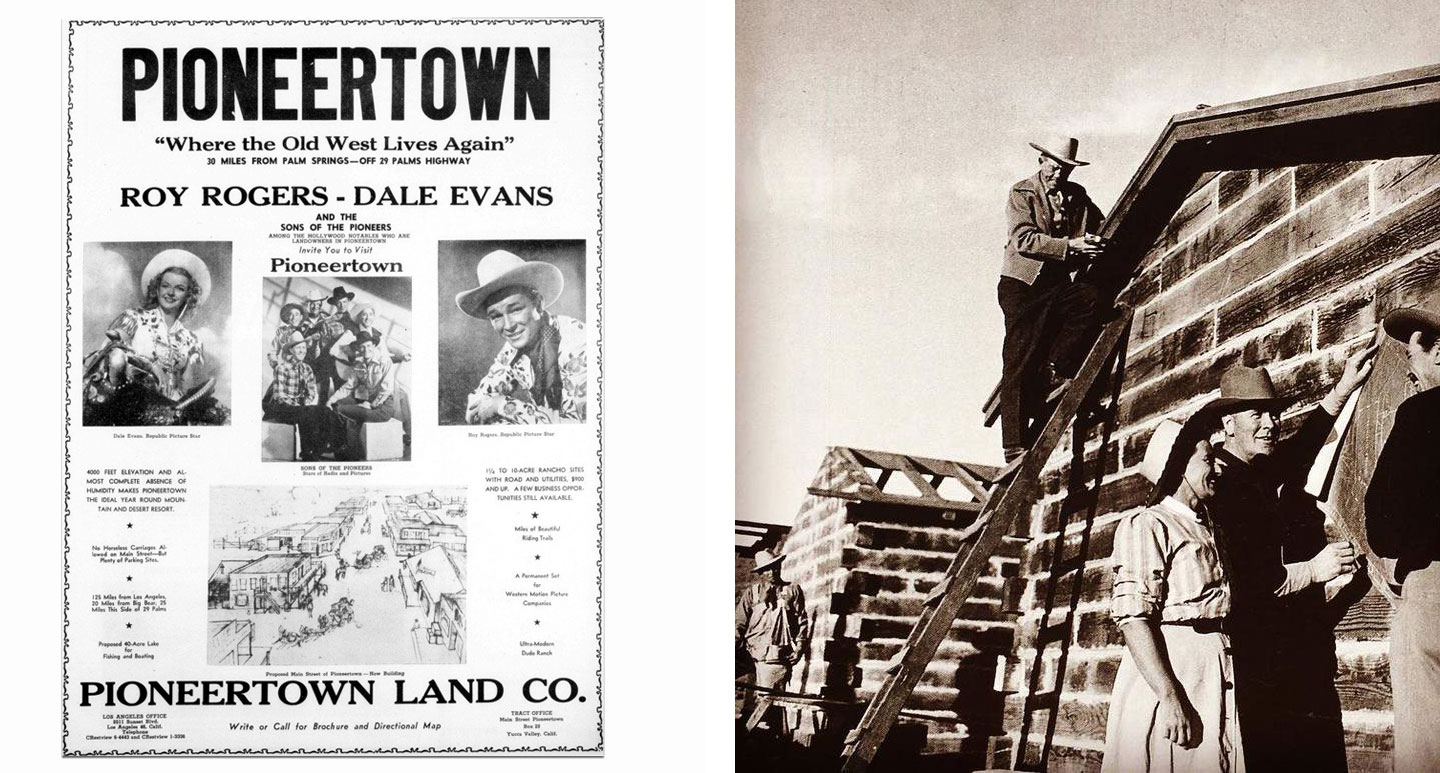 A 1947 promotion and construction of what would become the Pioneertown Motel.

To some, this was fateful hinting of events to come. “Any of the problems that they ran into as a corporation they would have either avoided or ran into a considerable amount sooner,” muses Gentry, had Pioneertown just followed Curtis’ direction.

But these problems were in the future. In the meantime, thanks largely to Autry and Krasne, westerns with such amusing and period-specific names as Satan’s Cradle and The Daring Caballero kept Pioneertown alive and flourishing. Between 1946 and 1957, six seasons of the Cisco Kid, five seasons of the Gene Autry Show, and three seasons of Annie Oakley all called Pioneertown home.

Then, in 1957, the Cisco Kid finished filming and Autry left for his own production ranch. All of a sudden, the main characters were gone. Pioneertown was in a bind. 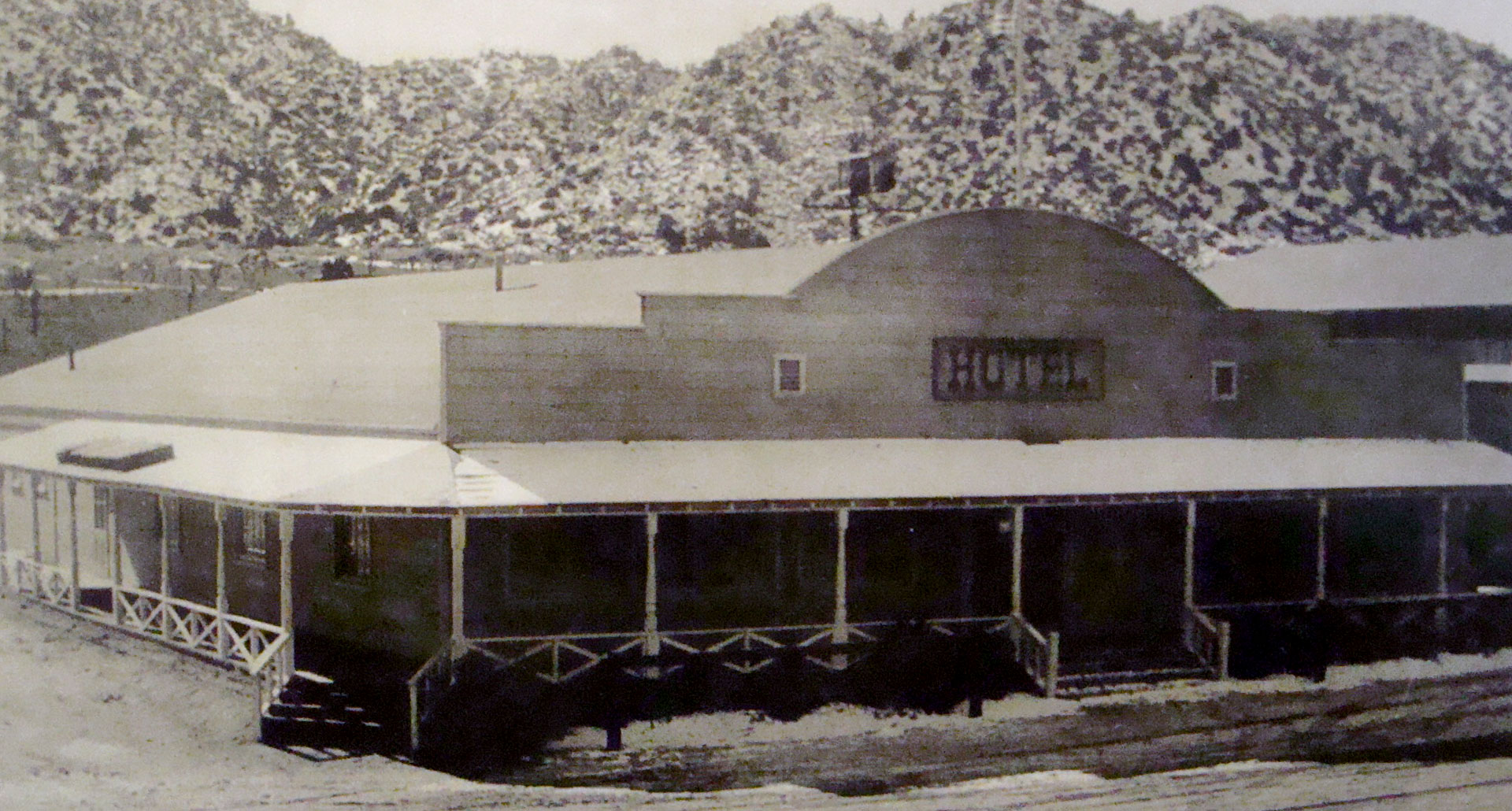 The bowling alley in the 1950s, dressed up as a hotel for a Cisco Kid production.

If this were a movie, and Pioneertown were a protagonist, these would be the hard times wandering the desert, lamenting the past, gripping the old whiskey bottle Gene Autry left behind and falling face-first in the dust.

By letting land sales slow, and missing an opportunity to fill the town with residents, Pioneertown had lost out on its future pool of extras. Now, with the departure of their production mainstays, they had trouble bringing film shoots back to their corner of the desert. The frustrations piled on. A businessman took over and tried to turn the town into a Western-themed resort. Eventually, his plans were scuttled by insufficient water. As Gentry suspects, the lack of population meant a lack of political capital to demand it from the county.

As if to rub it in, the 1960s didn’t see the end of excitement in the California desert. The locus of Hollywood attention just shifted, and it shifted about 30 miles south to Palm Springs. As Pioneertown struggled to attract film crews, the well-established Rat Pack era was just entering its prime. Frank Sinatra, Dean Martin, and Bing Crosby brought the desert notoriety and glamour.

Pioneertown could only look on in envy as Mane Street lost its luster. 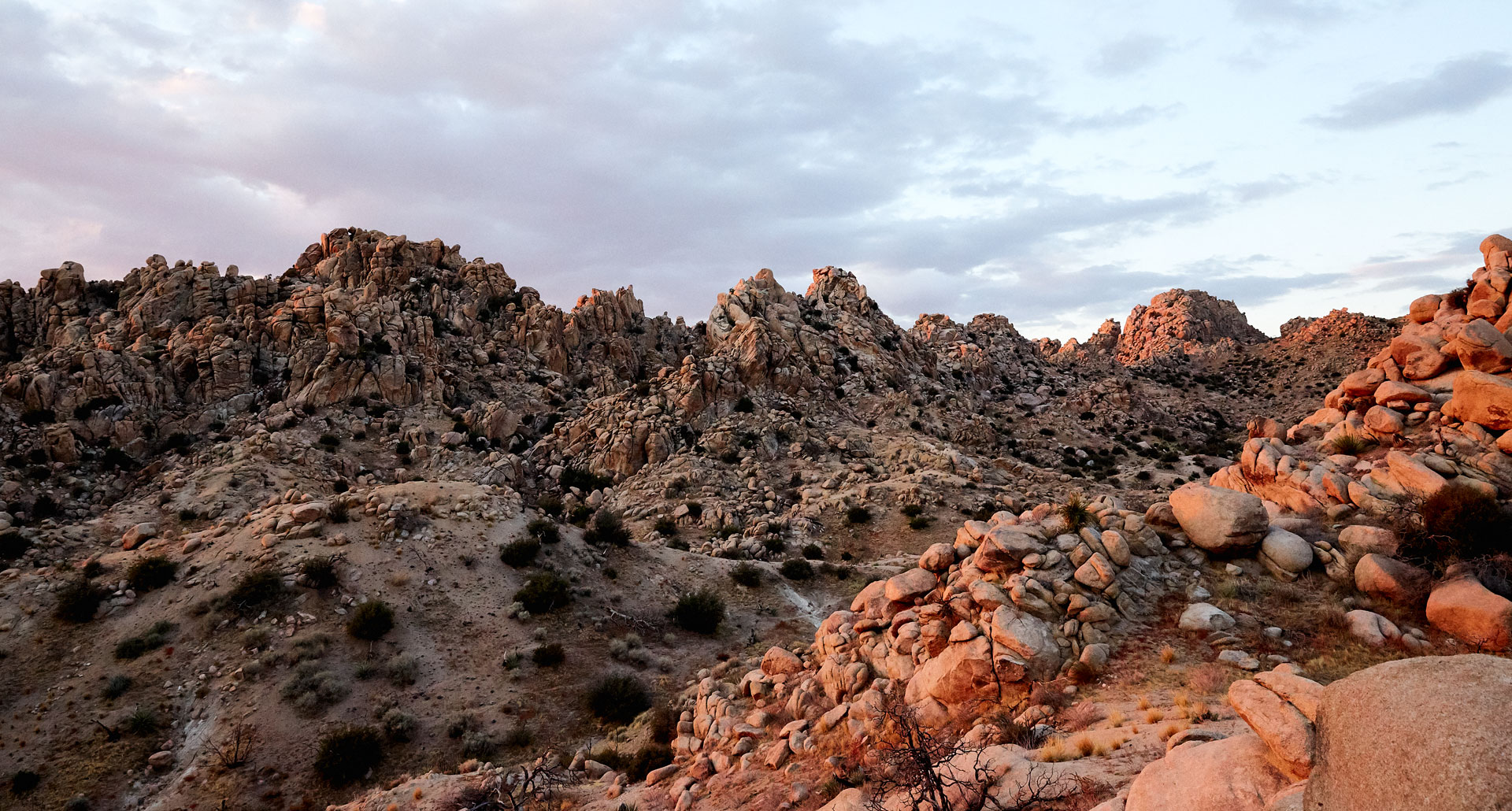 The return of filming to Pioneertown began in the 1990s, but in the end, it wasn’t necessarily Hollywood that brought the place back to relevance. When you talk about the rejuvenation in Pioneertown over the last couple decades, you have to talk about Pappy & Harriet’s Pioneertown Palace.

Tracing its roots to its days as a biker bar during the slow era of the 1970s, in 1980 the bar was bought by a couple named Harriet and Claude “Pappy” Allen, who began putting on shows and slowly turning Pioneertown into as hip a destination as any in the country. Over time, the reputation of Pappy & Harriet’s grew, as both a venerated concert venue and barbecue hotspot, and before long celebrities and tourists were arriving in droves. By the time new ownership took over in the new millennium, Pappy & Harriet’s was ready to explode. In 2012, Coachella chose the restaurant to host one of its off-venue sideshows. 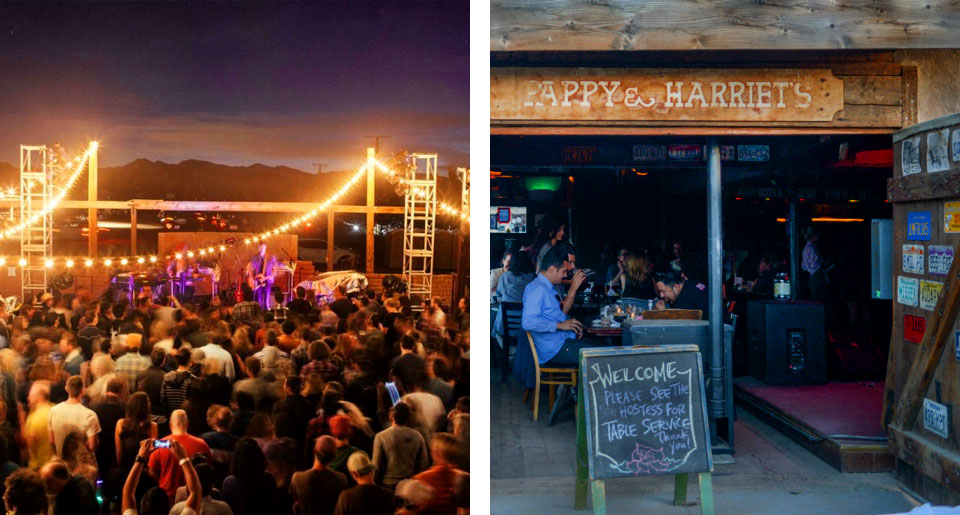 Pappy & Harriet’s, whose exterior used to serve as the town’s “cantina.”

These days, Pappy & Harriet’s is still a go-to destination for Coachella revelers and performances by notable musicians, and the rest of Pioneertown is starting to awaken to the point that its lonely, sleepy days are getting further in the rearview. Whether thanks to Pappy & Harriet’s, promotion from social media, overflow from Los Angeles, or its ephemeral original story, Pioneertown at large is benefitting from an exposure to the world that has little to do with the movies.

Mike French, co-owner of the Pioneertown Motel with his brother as of 2014, credits the breadth of the experiences here with the resurgence, saying these days they see guests from all over the world, eager not just for Pappy & Harriet’s but Joshua Tree National Park, the nature preserve just behind the town, and, of course, Mane Street itself. Appealing to every sort of person, he believes, is the key to Pioneertown.

It’s that “inclusiveness that makes it special.”

Inevitably, rediscovered appeal has led to physical renewal. If the metaphor wasn’t already long dead, you could say that, all over town, Pioneertown’s getting a remake.

And with any remake, nobody wants the new version to be too far from the original.

At the motel, the French brothers saw their mission as “more of a restoration project than anything,” their research leading them to take the western kitsch they found at the motel — horse shoes and western bedspreads — and to scale it back, opting for a simpler take, a more “modest, clean desert experience.” These days, you can stay in the same room (#9) where Gene Autry played cards all night, now restored with the original red concrete floor.

But it’s not just the motel. The ghosts of Pioneertown past are everywhere, and they’re all beginning to come back to life. The Frenches helped to reopen the Red Dog Saloon, where actors once drank beer on their horses, and the town is buzzing with optimism that they’ll soon get their bowling alley back. Kenneth Gentry, meanwhile, recognizing the momentum of his small town, is exploring how to bring crucial amenities — say, a general store — to the population without affecting its character. You can see his plans for the ambitious Pioneertown Preservation Park. 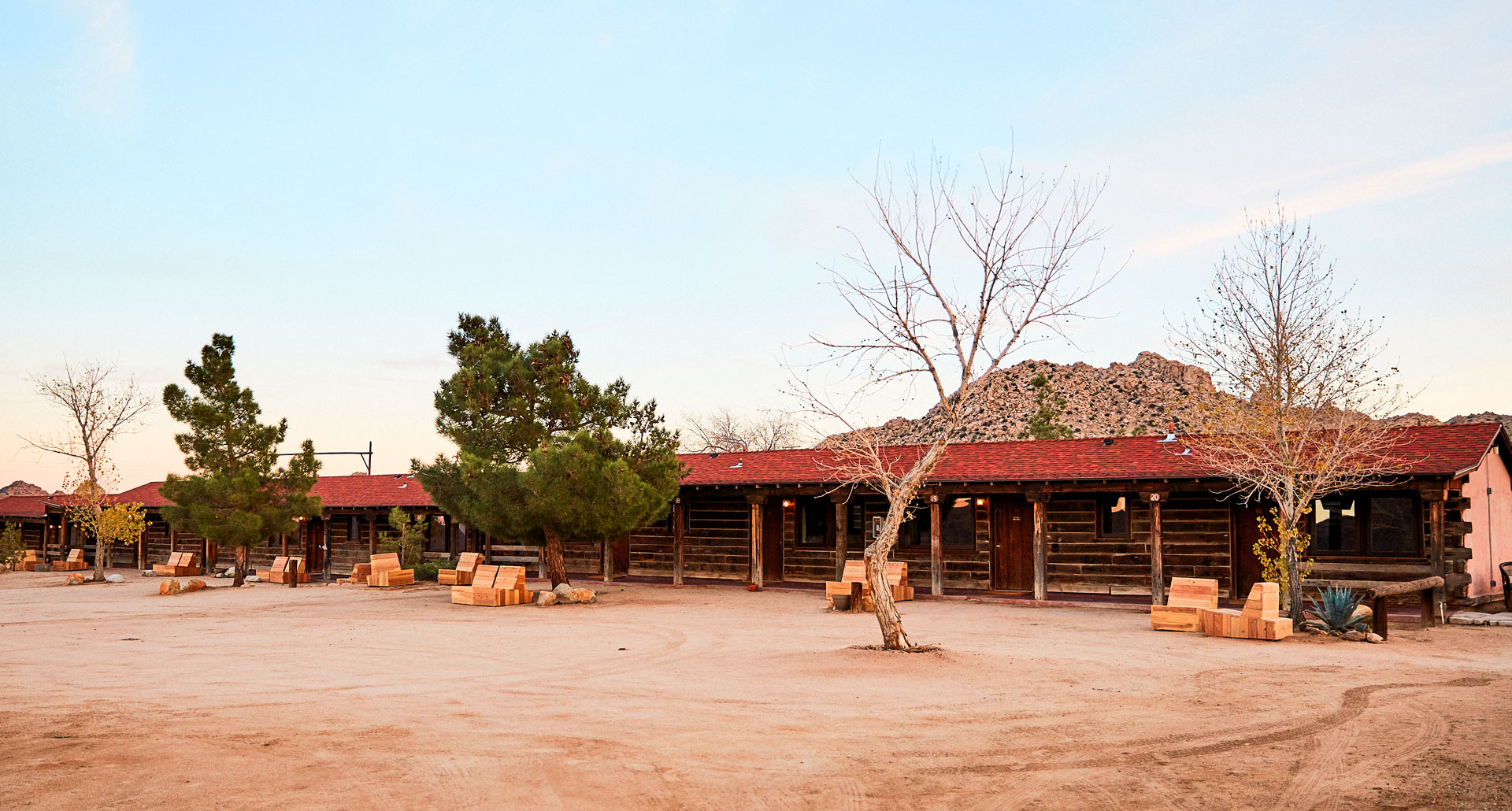 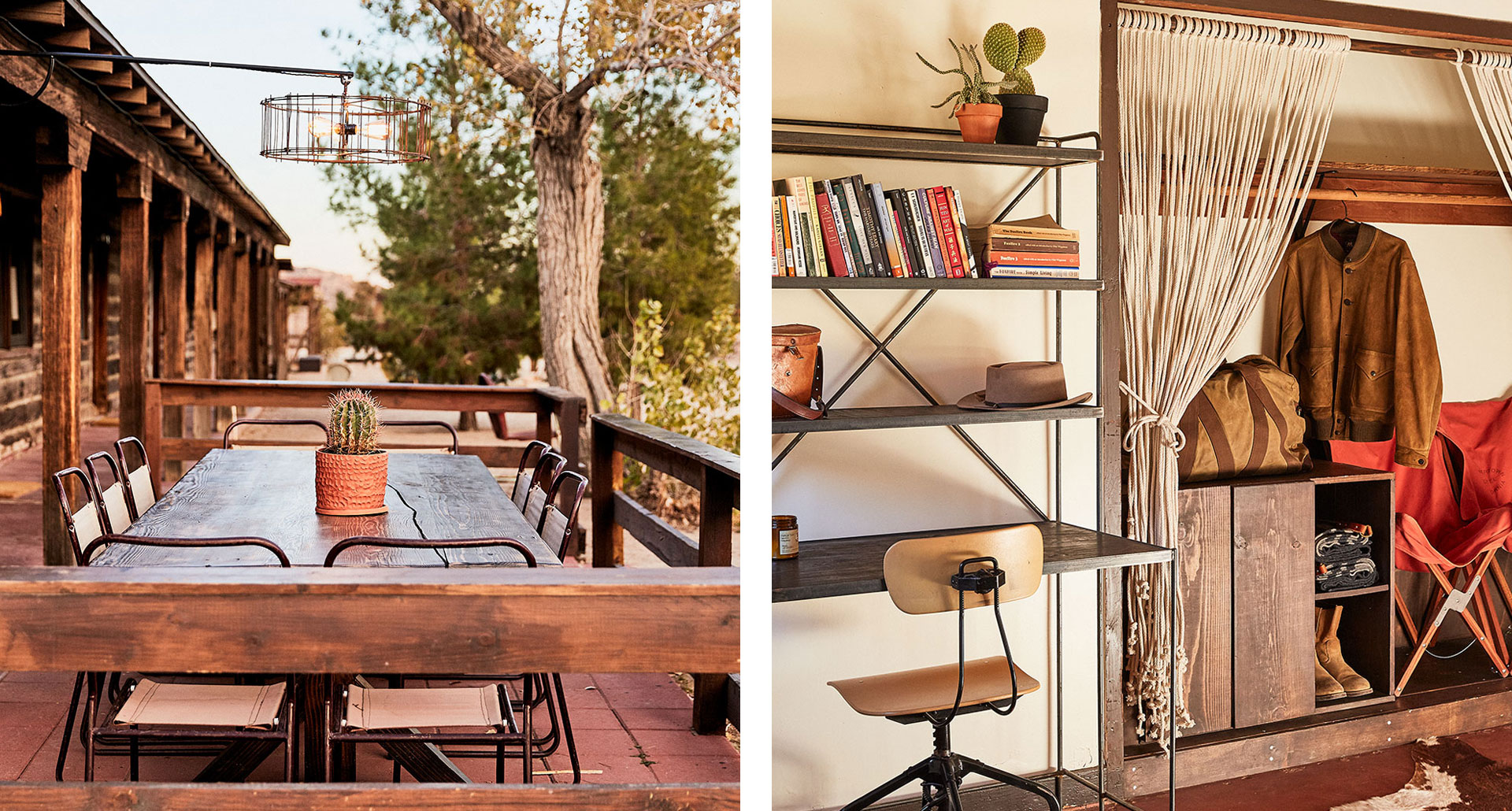 Without a doubt, water is still a limiting factor. But in 2019, the state finally put a new pipeline in place, paving the way for what local papers quoted as “some new construction, but not too much.” At this point, that’s probably a good thing. Overdevelopment would not be a desired outcome for a place that trades on the independent, pioneering nature of the Old West.

As far as the founder’s intentions, we asked Kenneth Gentry how the place today lives up to the vision. “I think Dick Curtis would be very happy.”