The landmark in question is the emblematic Hôtel Lutetia, an extraordinary example of early 20th century French architecture, anchored like a majestic ocean liner on the corner of boulevard Raspail and rue de Sevres since 1910. After four years of extensive and costly renovation, the hotel reopened in mid 2018, to the great pleasure of local residents and international visitors, generally delighted to discover the care with which this grande dame was re-lifted and brought gracefully into the 21st century.

But for loyal fans of the so-Left-Bank institution, there was something missing. Namely its restaurant, the Lutetia Brasserie, set at the crossroads of the two wide boulevards, advancing like a figurehead on the prow of this impressive vessel. 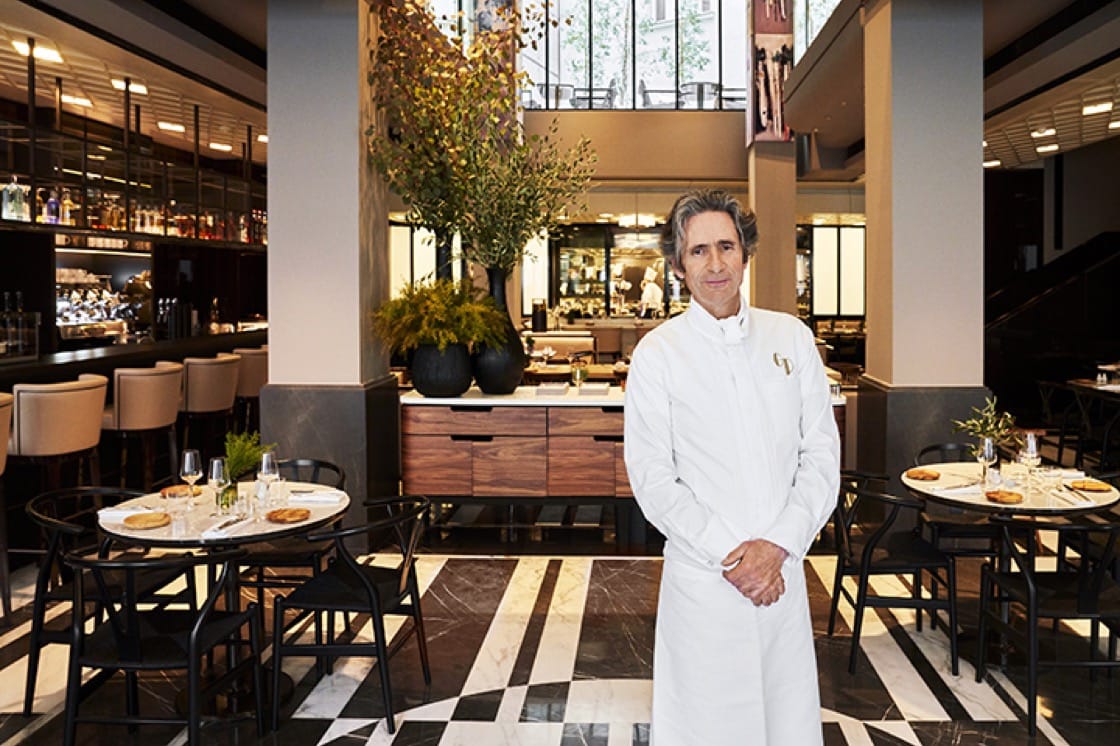 Now, six months after the re-inauguration of the hotel, the brasserie has finally reopened with, appropriately, a seaworthy chef at its helm, Gérald Passedat, of the three-Michelin-star restaurant Le Petit Nice, in the port city of Marseille. This collaboration, surprising for some, grew out of a serendipitous encounter some years ago during a gastronomic week in Israel between Passedat and members of the Alrov group, owner of the Lutetia since 2010.

The star chef from the south has brought to Paris some treasures of the Mediterranean and a new definition of the Parisian brasserie. Banished from the menu is the traditional steak frites, a must in most brasseries. Passadat proposes Marseille-style panisses, delicious little rectangular fries made of chickpea flour, plus a myriad of other Provençal flavors including a stylized mini-aioli (salt cod, vegetables and garlic sauce) and, in the evening, the glory of Marseille, bouillabaisse. This saffron-scented medley of Mediterranean fish is proposed in four courses for €95. Fish and seafood supplied by Passadat’s own fishermen figure prominently on the menu, but there are also concessions to carnivores, including home-style veal cannelloni (€32), filet of beef (€38) or a rosy-hued slice of foie gras layered lightly with seaweed (€31). The chef explains that the menu he has conceived for the Lutetia is by no means a replica of what he serves at Le Petit Nice. “Here, it’s just a brasserie,” he says, even if the tab is considerably less democratic than that of many Parisian brasseries. 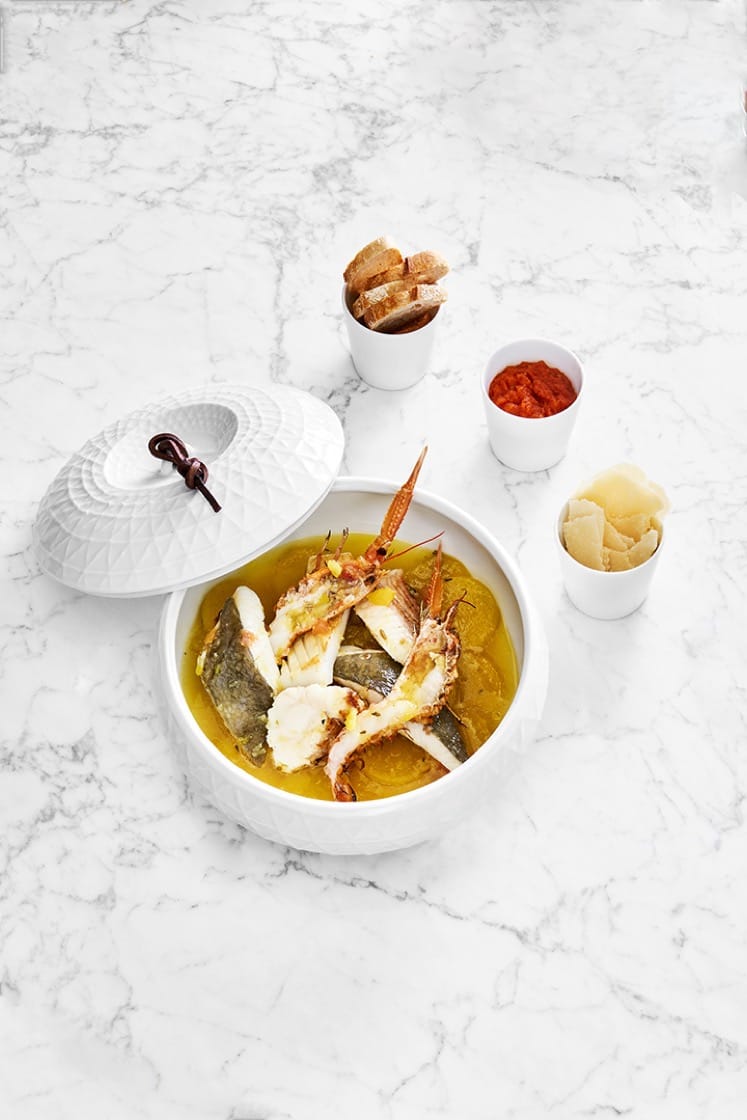 The bouillabaisse is proposed in four courses for €95.

Passedat’s artistic touch is seen in the choice of tableware including rustic pottery and wooden plates, a convivial communal table of eucalyptus wood and fragrant bouquets of wild Provençal herbs center table in the place of flowers.

Jean-Michel Wilmotte, the designer who took on the monumental task of restoring the hotel, including uncovering century-old frescos in the Josephine Bar that had slept under plaster for several decades, applied his philosophy to the brasserie. His mantra—to unearth what was buried and to reinvent what no longer existed. Thus the 180-seat brasserie regained its original double-height ceilings, making it light and spacious. With its open kitchen, seafood bar, cocktail bar, its wooden, bronze and marble fixtures and columns depicting legendary clients such as Josephine Baker, Sonia Rykiel and Samuel Becket painted by contemporary artist Jean Le Gac, it gracefully reconciles tradition and modernity.

“1910 was the age of luxury transatlantic ocean liners: the idea here is to evoke the atmosphere aboard the grand yachts of old with their varnished wood,” says Wilmotte. With Gérald Passedat’s Mediterranean menu, the illusion is complete.