The Best Airport Restaurants Around the World

The days when airport restaurants provided average meals to rushing passengers have long gone. As people fly more frequently, quality dining options before and after flights have come in high demand, prompting many chefs to step into the less explored territory. These days, airports have evolved into diversified culinary microcosms with acclaimed high-end establishments and eateries serving good food on-the-go. 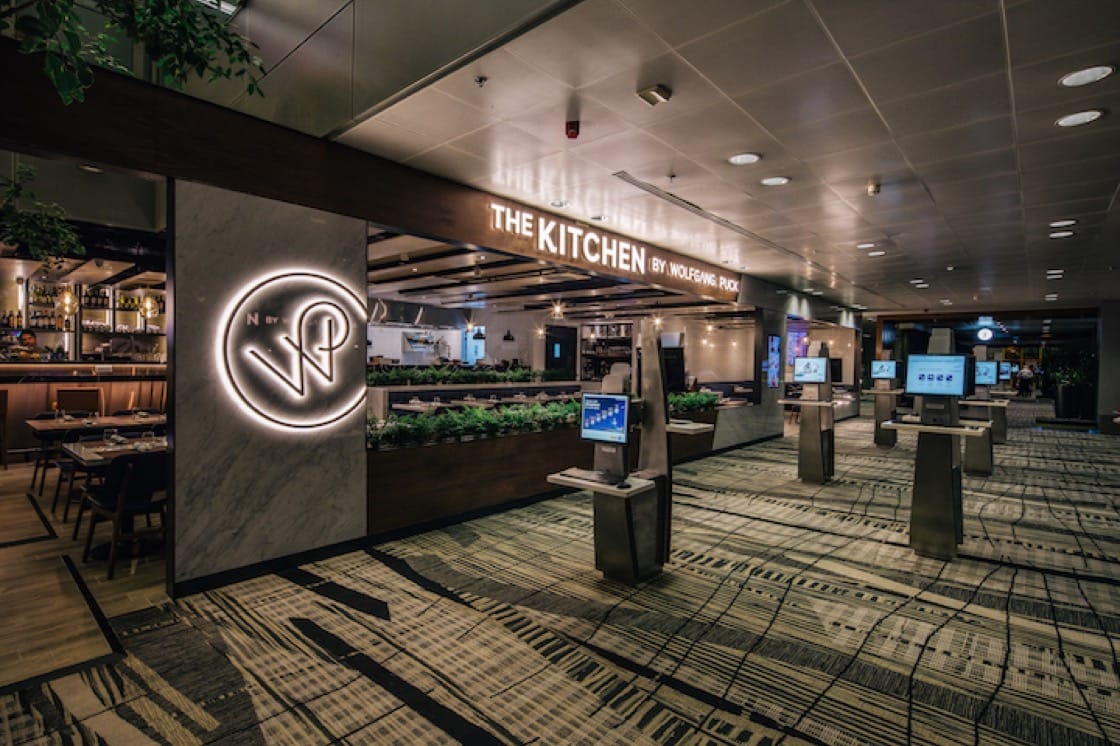 The Kitchen is celebrity  chef Wolfgang Puck’s third venture in Singapore, after one Michelin-starred Cut and Spago in Bayfront. The special location of The Kitchen inspires Puck to incorporate dishes from various cuisines in his menu, including sour and spicy soup with chicken and shiitake mushroom, as well as Korean kimchi short ribs. The restaurant features casual dining at a lower price point. It opens from 6:00 a.m. to 1:00 a.m. to accommodate travelers on different schedules, with breakfast options prepared for early flyers. 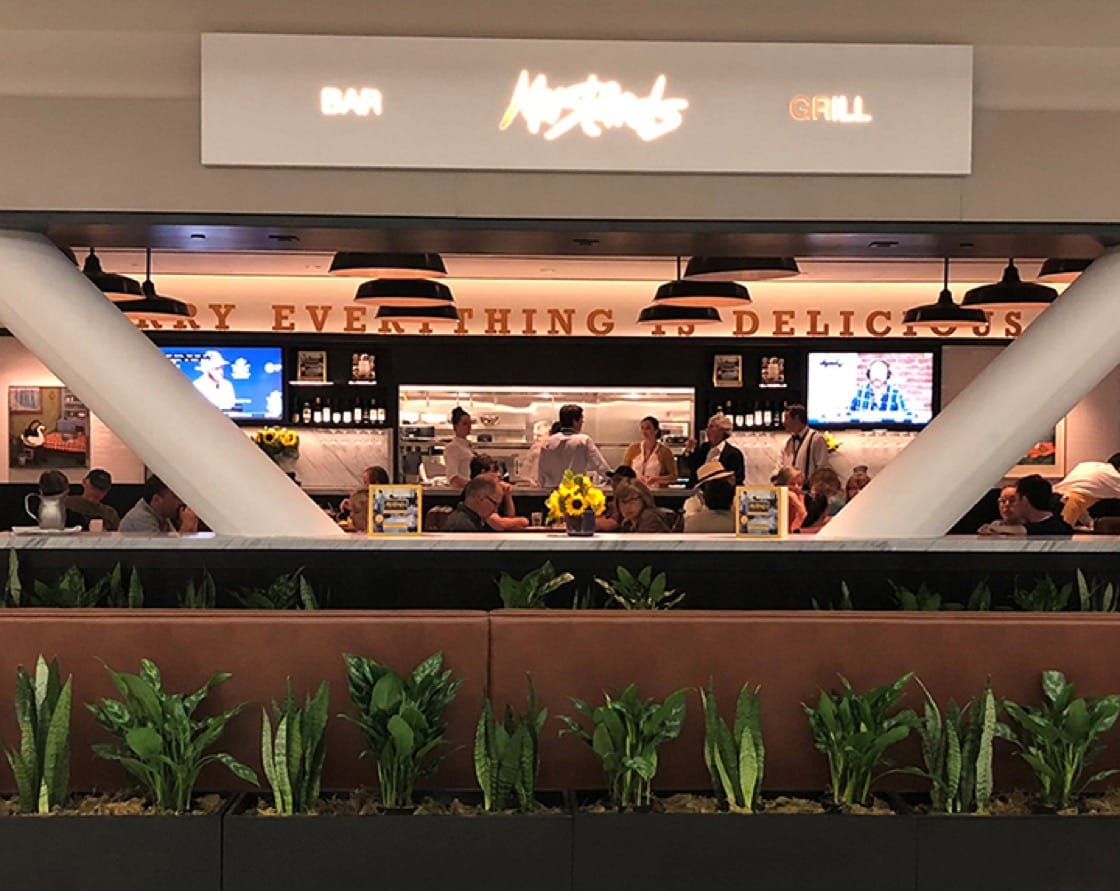 Named for the wild mustard flowers that bloom in the vineyards every spring, fans of Cindy Pawlcyn's Napa Valley stalwart will be delighted to find an outpost at SFO. Calling themselves a "fancy rib joint," Mustards dishes up American fare like little gem Caesar salad, Mongolian pork chop with sweet and sour red cabbage and baby back ribs with golden raisin slaw. 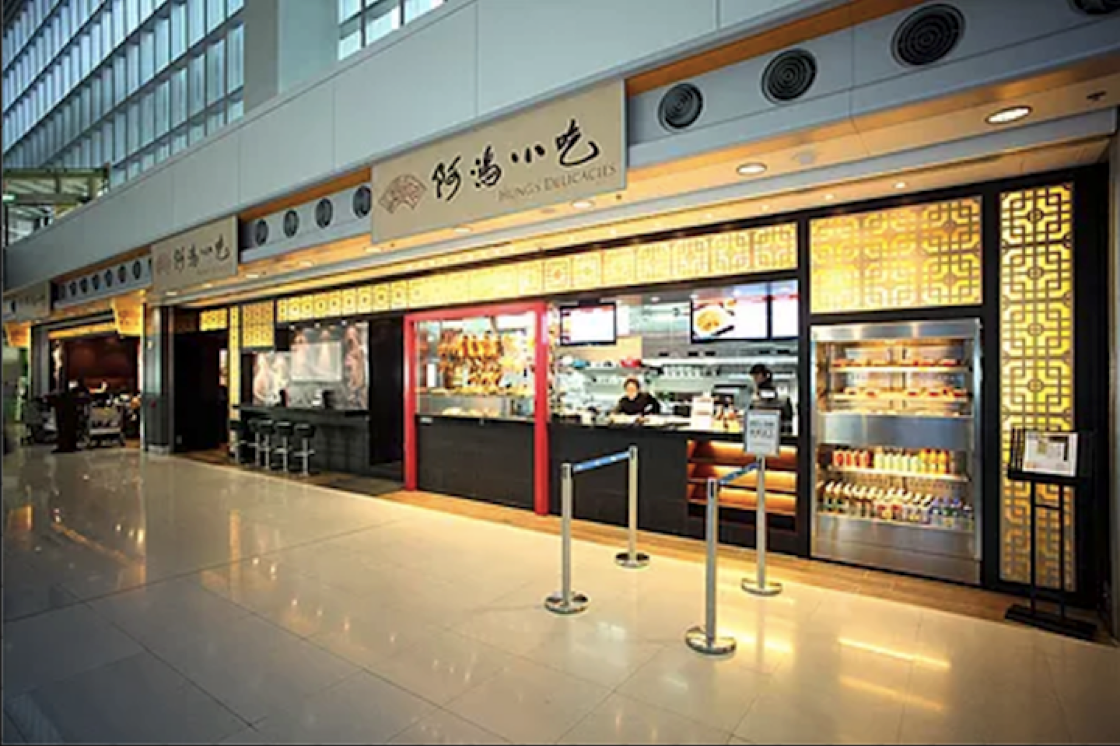 Chiu Chow braised meat, or lo mei, is the speciality of Hung’s Delicacies, and other signature dishes such as marinated goose slices, duck tongue in Chinese liquor and chicken’s leg tendon with sesame are best served with the joint’s homemade XO and chile sauces. Its approachable price level and authenticity attract diners from Hong Kong and all over the world. The branch of Hung’s Delicacies in North Point was awarded one Michelin star in the MICHELIN Guide Hong Kong and Macau for five consecutive years between 2010 and 2014 before closing for rental reasons. You can also find this local favorite in the branches in Kwun Tong and Macau. 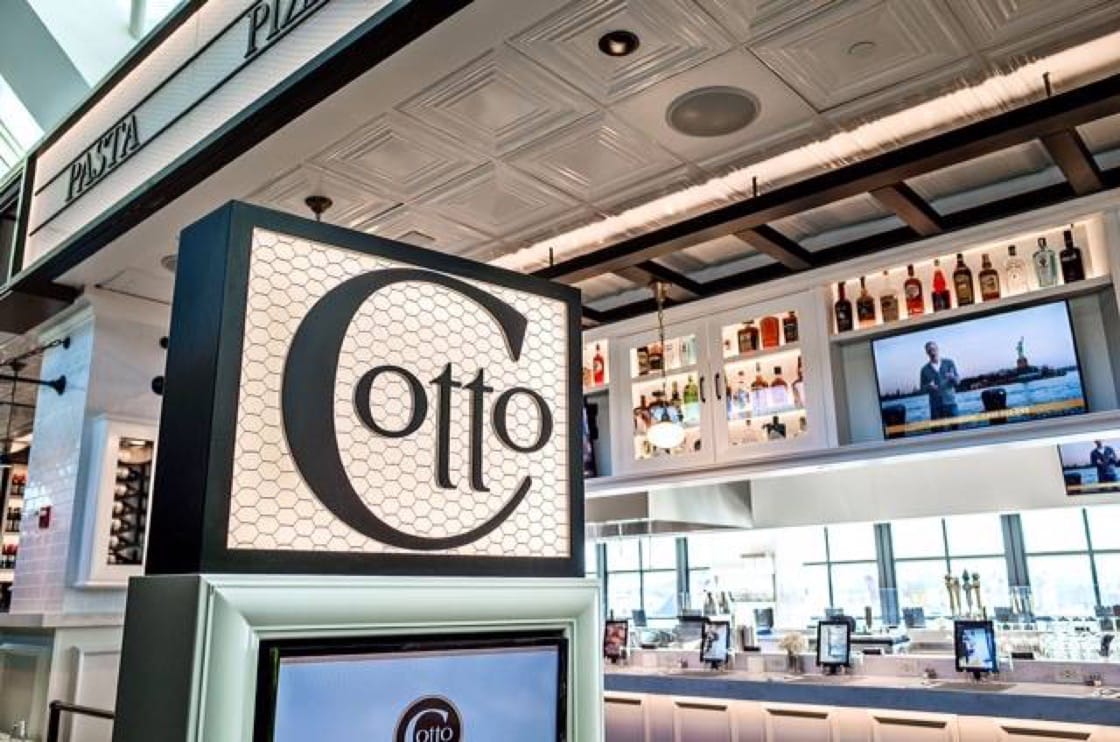 Opened in 2014, Cotto is led by culinary luminary Michael White. The mint green dining tables and chairs makes for a jovial environment along with floor-to-ceiling windows. In addition to freshly baked pizza and pasta, the restaurant menu encompasses all kinds of antipasti, panini and gelati. Make sure you order garganelli with radicchio, speck and truffle butter before heading out. 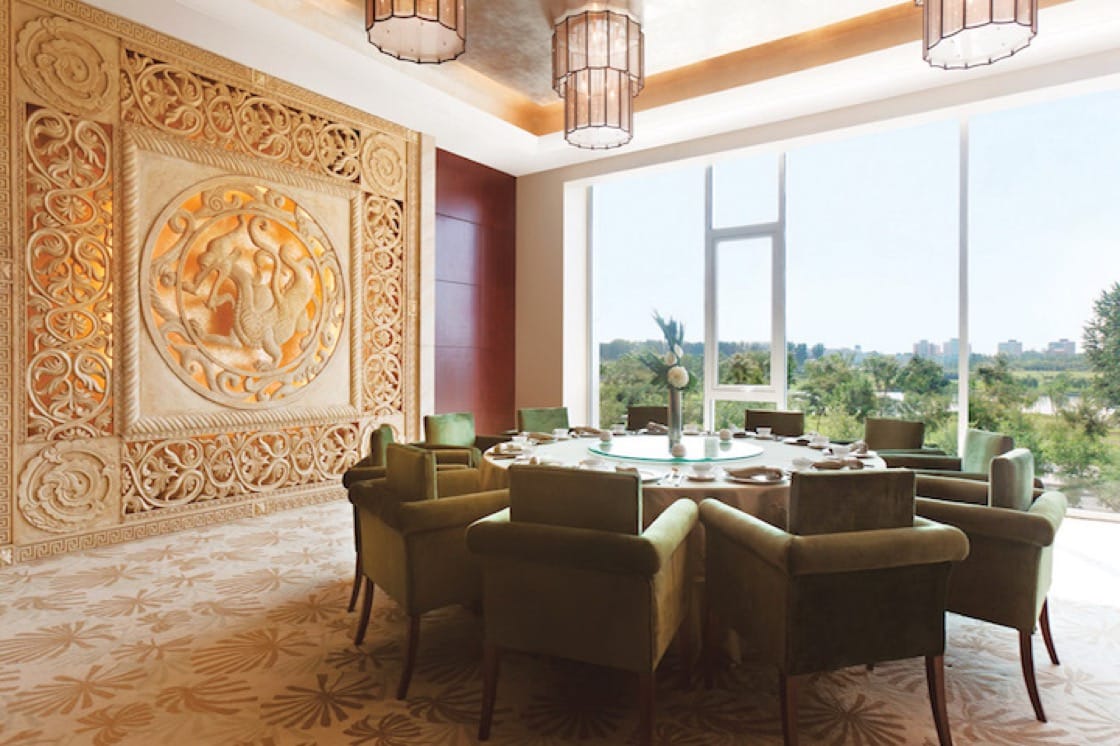 Ming Court bases its foundation on the eponymous sister restaurant in the Cordis Hotel, Hong Kong, which boasts one Michelin Star. It serves exceptional and native Cantonese cuisine, prepared by head chef Chan Yuen Lung. Special promotions, like the past collaboration with chef Mango Tsang Chiu Lit from Ming Court Hong Kong, give patrons something new to look for each time they visit. 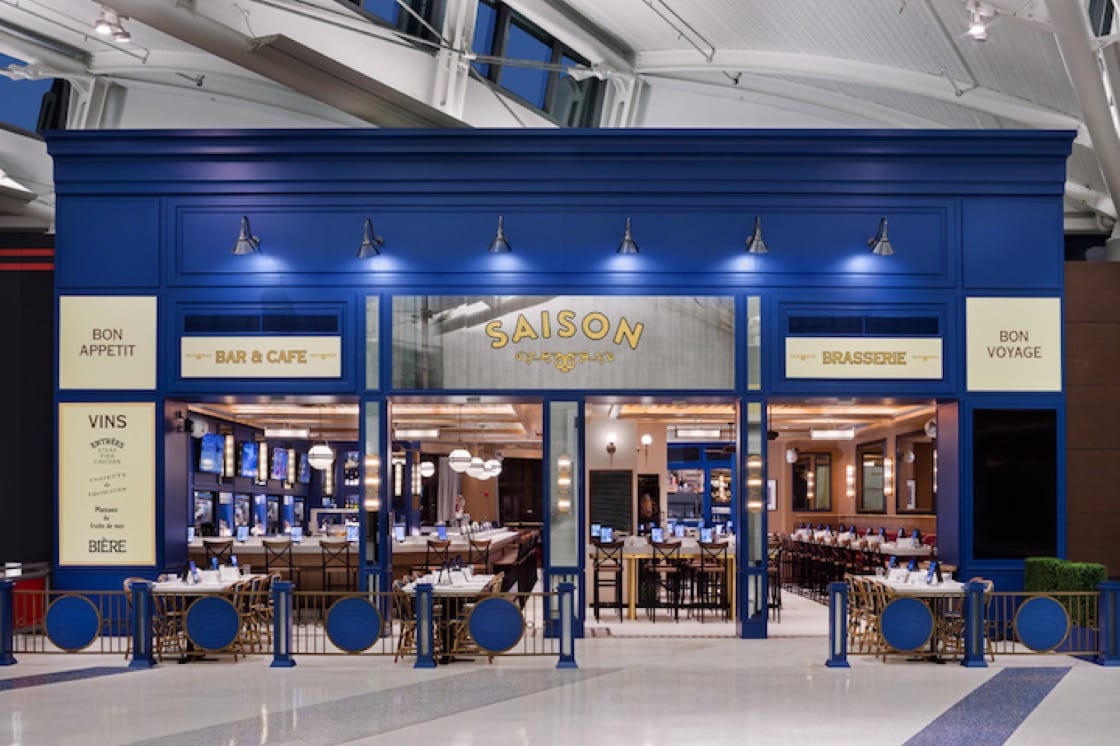 Alain Ducasse is one of the household names when it comes to French cuisine, and you'll find all the classics at Saison in Newark Liberty International Airport. Dishes such as coq au vin, foie gras, escargot and os à moelle—a.k.a., bone marrow—pamper guests with delicate flavors. The venture’s wine collection is also not to be missed, something to note in your travel diary. 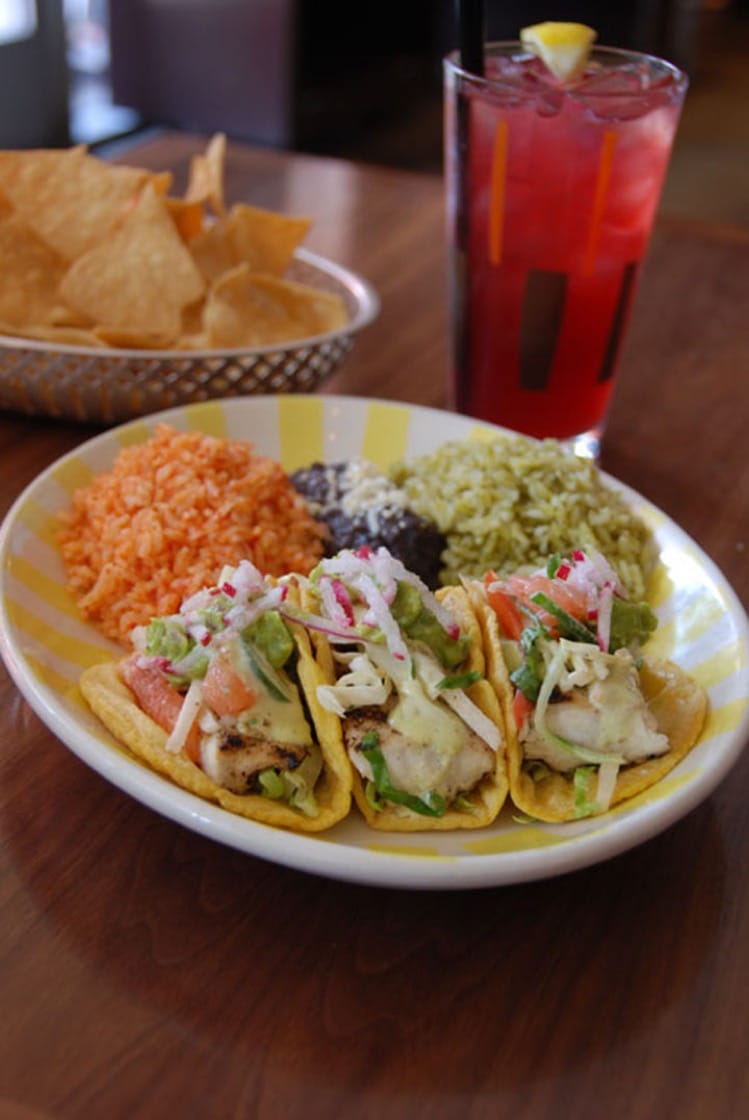 Susan Feniger and Mary Sue Milliken opened an outpost of their modern Mexican eatery in LAX in 2013. On the menu at the relaxed cantina are a selection of quesadillas, tacos and burritos, as well as taquitos, tamales and chile rellenos. 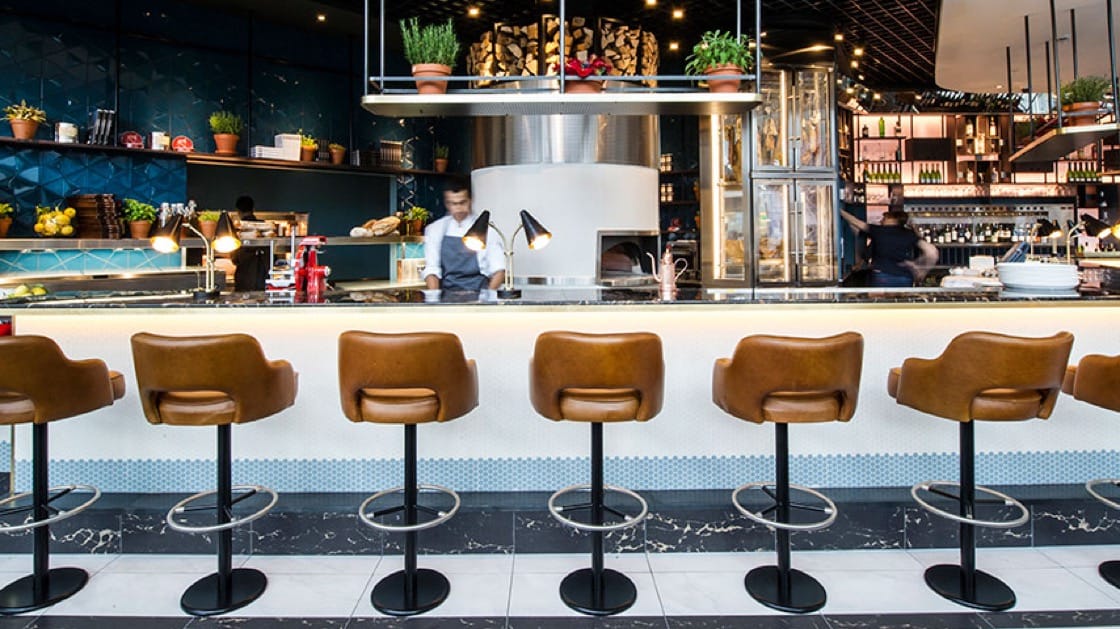 Heston Blumenthal's upscale cafe at Heathrow "caters to passengers who want exceptional food quickly," per the restaurant's website. Open for breakfast, lunch and dinner, guests can expect British favorites like day boat Cornish fish and chips with mushy peas and chicken tikka masala. A variety of pizzas, sandwiches and burgers are also on offer. 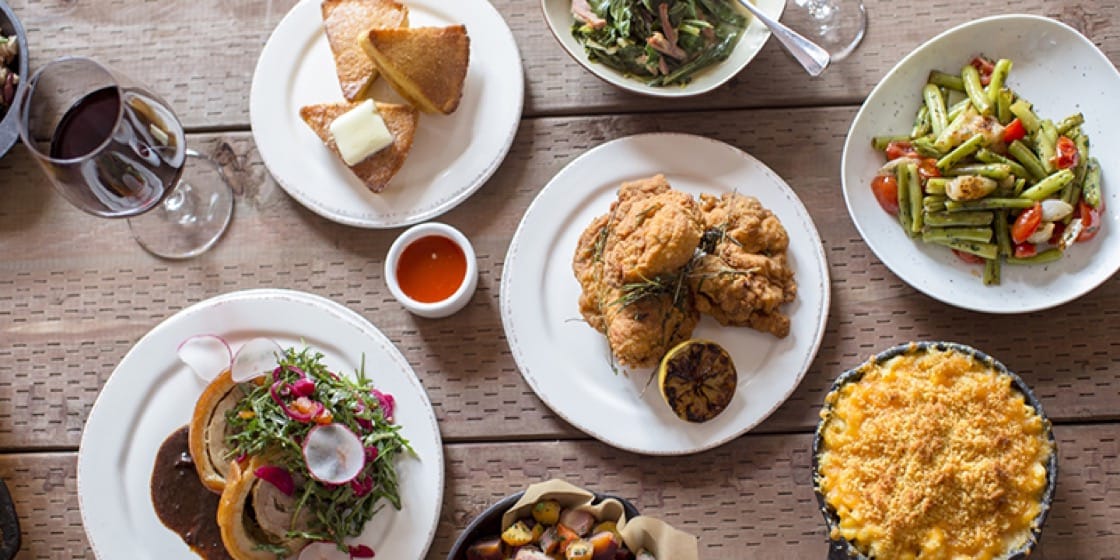