When Nordstrom announced they were opening a new flagship store in New York City during a time when most brands are collapsing their retail efforts it was a moment of interest both for fans of the brand, and for those interested in food from the Pacific Northwest. Located on the second floor of the department store is Wolf, the first East Coast venture from ESR, the restaurant group from esteemed Seattle chef and restaurateur Ethan Stowell.

Wolf takes both its name and many of the dishes on its menu from Stowell's Italian-inspired restaurant How to Cook a Wolf (a reference to celebrated food writer M.F.K. Fisher). Stowell's seasonal, simply wrought Italian-ish dishes have made him a local favorite in Seattle, and have garnered multiple accolades and a significant amount of local and national acclaim.

One of Nordstrom's claims to fame is its strong nationwide restaurant program, which Vincent Rossetti, Nordstrom's vice president of restaurant operations, says is powered by thousands of restaurant employees and is helmed by a roster of chefs who develop dishes on a regional and national level and help to maintain quality across Nordstrom locations. 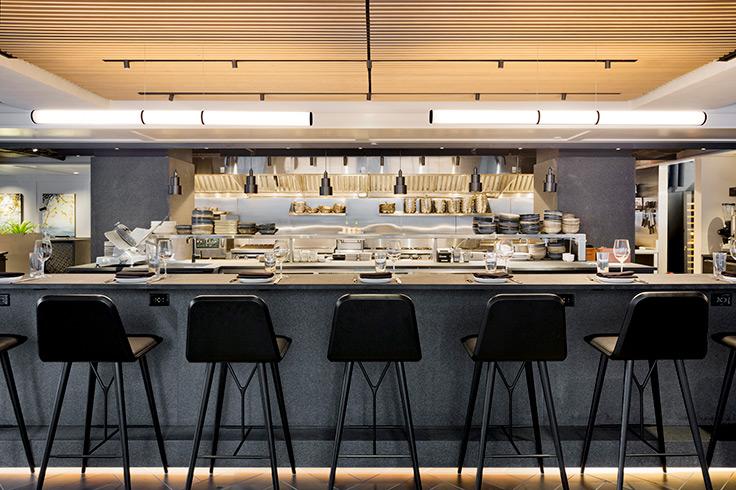 Wolf is a bit different from those other restaurants, though, in that it's a Nordstrom property but is attached to an established outside chef. (Rossetti says that Stowell has equity in the project but is not the owner.)

Stowell and Rosetti say that Wolf is the product of a relationship that developed naturally over time and was born out of previous collaborations and an alignment of culinary philosophy. Stowell and Nordstrom had previously collaborated on charity dinners in Seattle (where Nordstrom is based) and, according to Rossetti, "There aren't many chefs more highly regarded than chef Ethan." They both also say that their food focus, on a micro and macro level, is centered on using local products and presenting them in a way that is both delicious and not overly wrought.

While Stowell has been intimately involved in the opening of Wolf, the 115-seat restaurant is headed by Scott Siff, a longtime employee of Stowell's restaurant group whom he describes as, "a great cook and a good leader." Siff—who is now employed by Nordstrom—moved to New York explicitly to helm Wolf and the restaurant's five section menu—which begins with small plates and progresses to composed salads, pastas, meat and fish entrées, and naturally ends with desserts—is made up primarily of dishes that already exist in Seattle.

While Wolf's menu presents a variety of options, there's a clear emphasis on small plates and pastas, with only a few larger meat-based entrées currently on the menu, such as an already popular bacon cheeseburger with balsamic red onions and Calabrian chile oil; king salmon with artichoke, fennel, Taggiasca olives and gremolata; and an American wagyu rib-eye cap with peperonata, fingerling potatoes and salsa verde. 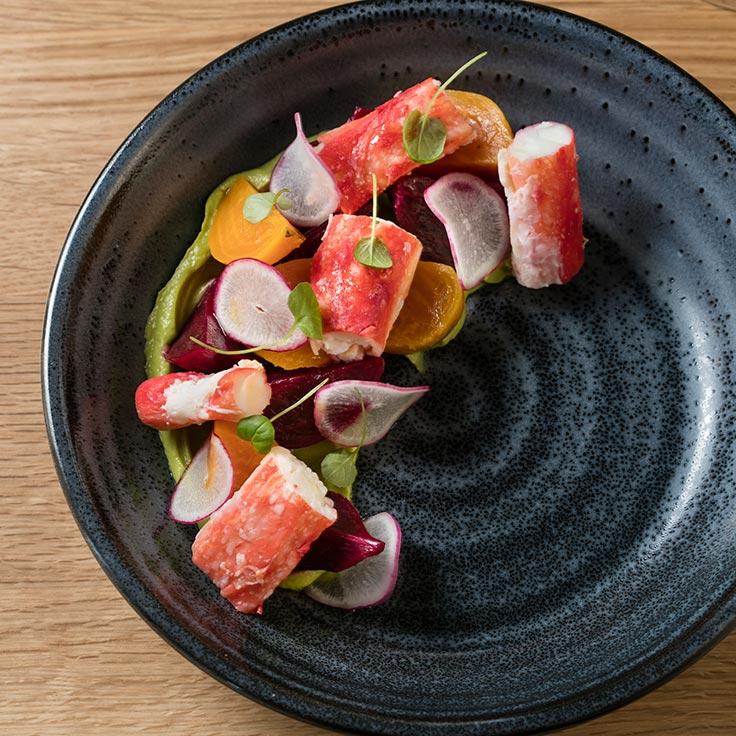 One aspect of the menu that's noteworthy is its general affordability. Generously portioned pastas are all in the $20 range and Stowell says that this was carefully considered. "Right now the world is expensive and we want restaurants where people feel comfortable paying the price so that they can come once or twice a month. I try to price menus where customers want to pay," Stowell shares. This means diners can dig into dishes like ricotta-filled agnolotti in a hazelnut-studded brown butter sage sauce (pictured at the top of the article), and a salad made from chunks of king crab with baby beets, avocado mousse, radish and watercress without breaking the bank.

Wolf's beverage program is also an import from Seattle, and is helmed from afar by Sennen David, who pulls double duty as both ESR's vice president of marketing and culture and its beverage director. Diners will find a full range of cocktails and wines, as well as housemade non-alcoholic sodas with flavors like cucumber rosemary; almond with orgeat, lime and mint; and pomegranate limeade.

Wolf's cocktail program offers both standards and a range of custom recipes. This includes The Ballet Slipper, a drink made from Botanist gin, Campari, apricot and lemon juice. Its name is a nod to Nordstrom's history as a purveyor of shoes, and the fact that Stowell's parents were co-directors of the Pacific Northwest Ballet.

As for Wolf's wine program, David says, "We believe in supporting people that have great ideas and don't necessarily have the platform yet." This means that many of the wines served in Seattle are tricky to present on the East Coast, as their makers may not be part of a wider (and complicated) importation system. Despite this, Wolf's wine program will offer glasses and bottles from smaller producers like Mark Ryan Winery and larger producers like Château Ste. Michelle, both out of Washington. The wine program will also include select wines from California, Italy and France.