Inside Mini-Series, Major Chefs at Minibar

José Andrés and team curate collaborative menus with forward-thinking chefs from around the world.

“Making the simple complicated is commonplace; making the complicated simple, awesomely simple, that’s creativity.” This wisdom by Charles Mingus once graced the quote chalkboard in the minibar kitchen, summing up the magic of José Andrés’s two-Michelin-starred restaurant.

While the avant-garde restaurant invents dishes and techniques that literally transform ingredients and instill wonderment in diners, perhaps the most impressive feat is taking the involved and technical procedures in the kitchen and turning them into the simplest things: memory and emotion.

Few chefs and restaurants in the world commit to this level of dining, and so Andrés gravitates towards those who are striving to create similar experiences. He recently launched a number of collaboration dinners called Mini-Series, Major Chefs, where minibar hosts culinary talent from around the world for once-in-a-lifetime experiences.

The minibar team has cooked with famed Albert Adrià of Tickets (Barcelona), Josean Alija of Nerua (Bilbao, Spain), Marsia Taha of Gustu (La Paz, Bolivia), Brad Kilgore of Alter (Miami), Ángel León of Aponiente (Cádiz, Spain) and more. Andrés and minibar head chef Jorge Hernandez invite chefs whose cooking they want to learn from, and the two teams curate menus that highlight each restaurant’s unique qualities to complement and contrast with one another. 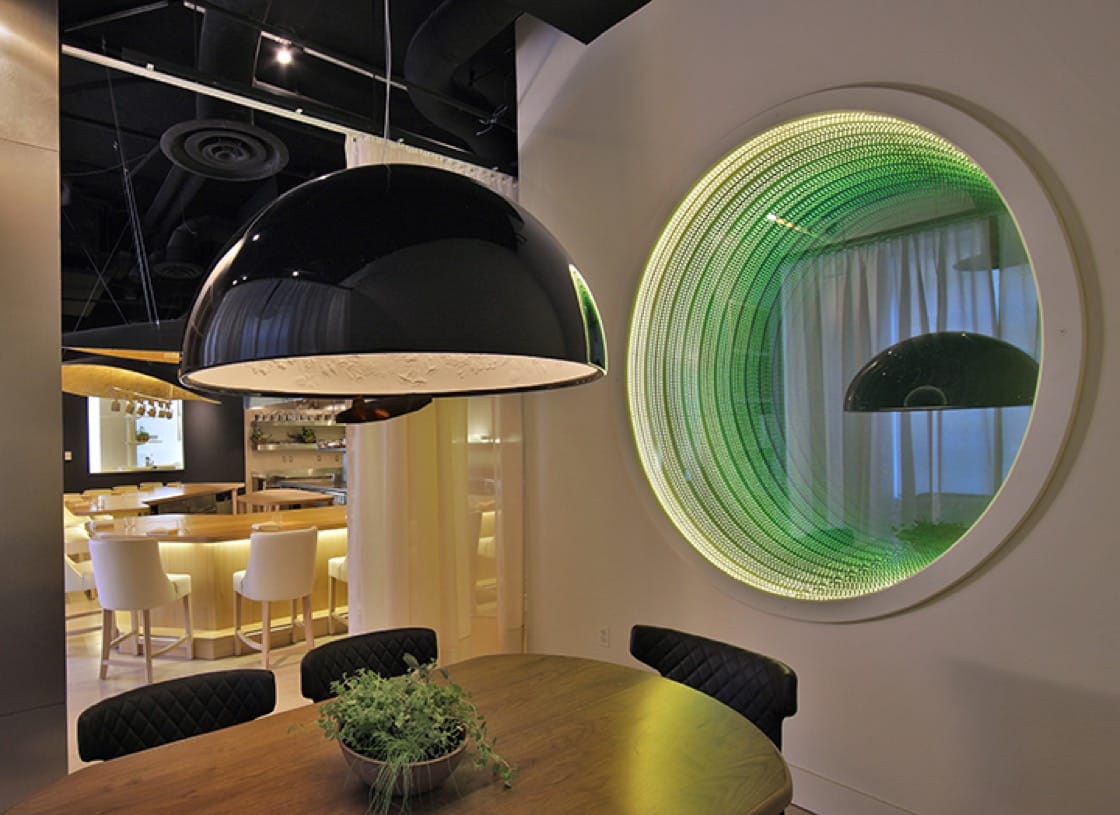 In February, Diego Guerrero of the two-Michelin-starred DSTAgE in Madrid visited minibar for one such meal. Guerrero’s restaurant rejects the formal restraints of traditional haute cuisine, instead operating on the idea that “true luxury lies in closeness, in the small things.”

“José and his team are a huge influence. They are both professional and personal inspiration for us daily,” Guerrero says. “Cuisine is our way of expressing ourselves and the fact that we were able to share and connect through our way of seeing cuisine was a unique and wonderful experience.”

During the dinner, Guerrero showcased one of his signature concepts that strives to make the complicated simple. “One Product, One Dish” utilizes a single ingredient to create an entire plate of varying flavors and textures. When you take a bite, you’re eating laboratory-esque techniques, but only tasting the results of one single item.

“For us, it is a deeper concept,” Guerrero adds. “We are also talking about zero waste; sustainability without compromising creativity and being able to amaze and surprise.” The dishes utilizes each part of the ingredient to create an unexpected aspect of the final product, ensuring that nothing is wasted. 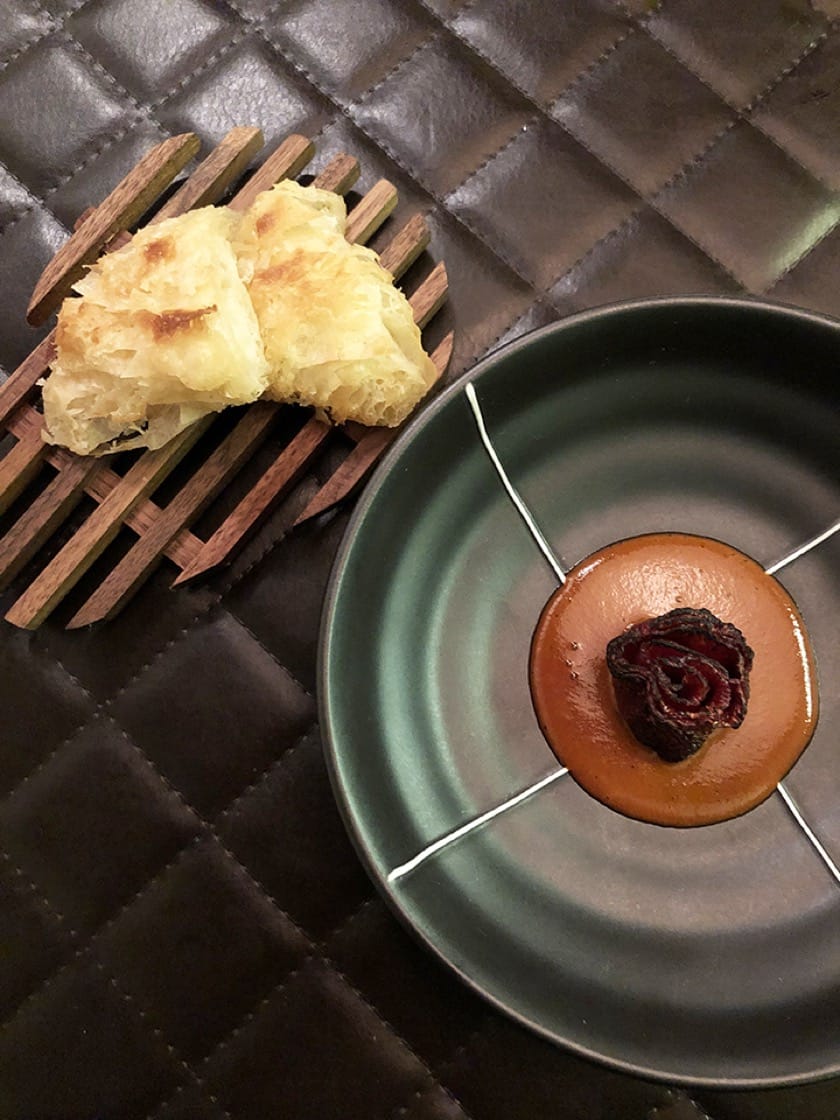 The piquillo pepper dish was inspired by Guererro's childhood memories of roasting peppers at the end of the summer and eating them with his family. (Photo by Lani Furbank.)

“As a chef, how can we tell people about our worries about the planet through the dishes?” Guerrero muses. “Our language is in the kitchen, the dishes.”

He served several examples of the concept at minibar, including dishes made from squid, Carabinero prawn, and piquillo peppers from Lodosa. Both the squid and the prawn have a high phospholipid content, which lends itself to creating different textures.

The squid was prepared a la Romana—dredged in flour and fried—but without any flour. The squid was “battered” with a coating made from the squid itself, which turned into the light and crispy exterior when fried. It was served alongside a broth made from the tentacles.

The piquillo pepper dish was inspired by Guerrero’s childhood memories of roasting peppers at the end of the summer and eating them with his family. He recreated that feeling with a red pepper rosette in a rich sauce, again using only the pepper itself. Peppers are high in pectin, lending themselves to emulsification for a thicker sauce. He discovered the technique in his search for plant-based sources of proteins and fats. “We’re not going to be able to feed ourselves from the sea, the air, [and] the animals in the same way we do now,” he says.

Each of these dishes defy the brain and the palate’s expectations of what the ingredient should look and taste like, resulting in a simplified experience of something much more complicated.

With boundary-pushing techniques and unconventional ideas, Guerrero and his chefs gelled perfectly with the minibar team. “It was really easy to work with them,” Guerrero says. “Our common points regarding philosophy and work values helped us to connect faster.”

Mini-Series, Major Chefs will continue to invite forward-thinking chefs to collaborate, with events planned for once or twice a quarter. Future dinners will be announced via the minibar website once they are scheduled.