In most restaurants these days, produce is ordered through an online or paper catalog, or taken care of by a large purchasing department, laments Ola Cocina del Mar's chef-owner Daniel Chavez.

"As a cook, one of the main problems that you encounter when you live in a city for too long is that you lose touch with the origin of ingredients that you use in the kitchen everyday.

While it is true that in Singapore you can find almost any wild mushroom, seasonal Japanese seafood and endless varieties of beef cuts, at the end of the day, restaurants place orders mostly through an email, phone call or a text message. This situation doesn’t happen only in this country - it is a worldwide practice these days.

In most cases, the products offered to restaurants are listed through an online or paper catalog. In big companies, there is even a purchasing department that takes care of this job.

So what happens to the process of going to the market to search for the best produce that you can find and then make a dish? The chance to be able to feel, smell and taste the ingredients and be inspired by them - like in the old days (or not so old really...)?

We have been asking ourselves this question in our restaurant OLA for quite some time. 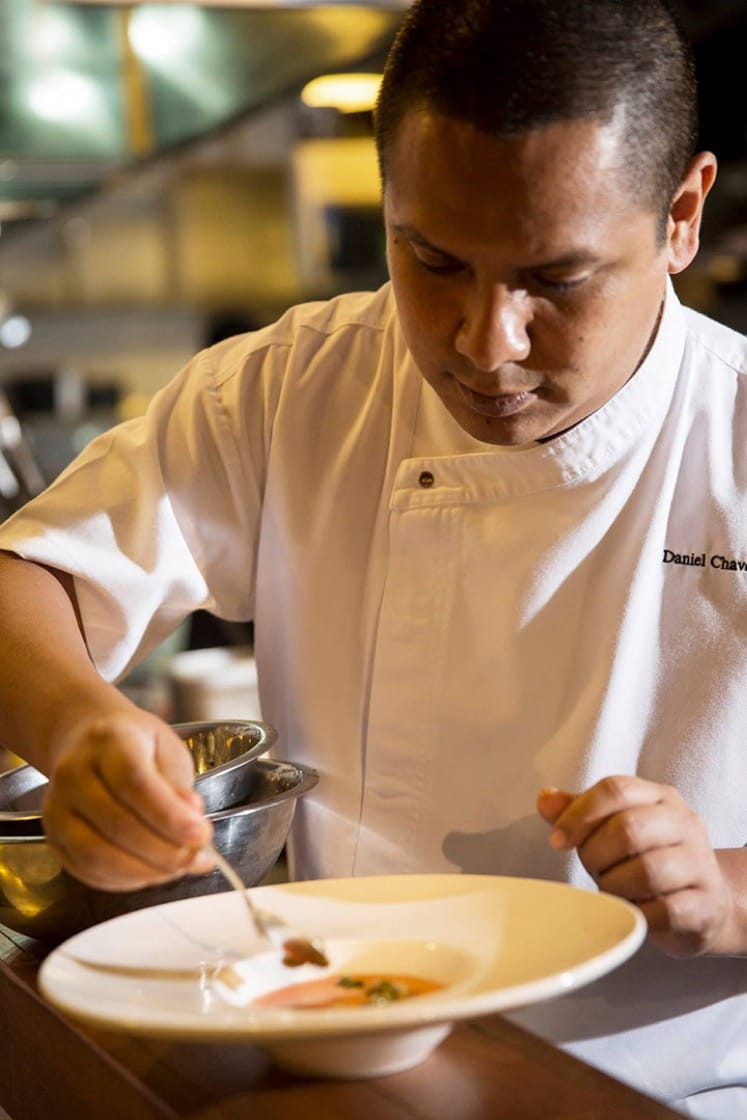 More than 12 years ago, I worked in a restaurant in Barcelona, where we were extremely lucky to have payeses (the Catalan term for peasant farmers) who used to come through the back door of the kitchen to offer mushrooms, tomatoes, wild game and many other great produce that they had just picked from the land.

Later, as you start travelling you realize that this privilege is something that doesn’t apply to kitchens all over the world, as some places have much more produce to offer than others. Consequently, as a seafood restaurant in Singapore, we felt it was all the more necessary to understand the most basic ingredient among our offerings: fish.
I have been working with sustainably caught wild fish from New Zealand ever since we opened OLA 5 years ago, and I have had ever growing admiration for how well this fish is handled throughout the import process. As such, I decided to go to this country in order to understand better the origin of this fantastic product.

We headed to the south of Auckland with the owner of the Lee Fisheries, the company that brings the fish to Singapore, and we were lucky enough to get on board a small fishing boat called The Royal Salute, which is owned by a family who has been doing long-line fishing for three generations. The father, Rusell, is the boat’s captain and his two sons, Dan and Ryan, are the crew.

This boat only goes out to catch fish when there is good, calm weather because rough seas will rock the boat too much. This movement will make the ice melt too quickly, and cause the fish to smash against each other, destroying their scales in the process.

New Zealand is the only country in the world where 100 per cent of the coastline is regulated so fishing is always sustainable there. Even if formal regulation didn’t exist, this is already a philosophy of many fishermen in the country. I asked the few I encountered why they don’t venture to adopt more profitable practices besides long-line fishing and their answer was very simple: they needed to make sure there is enough fish for the future generations, they told me.
Advertisement
Advertisement 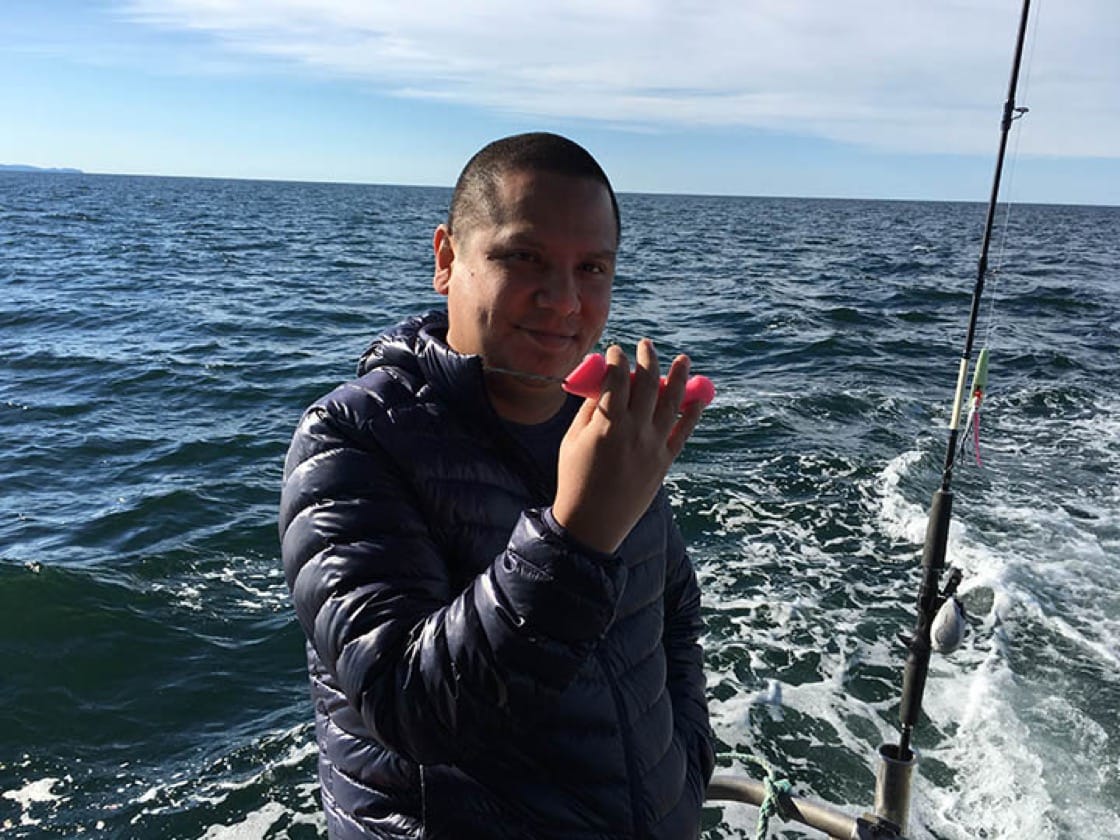 The guys then showed us how to kill the fish with the Japanese ikejime method. Basically, the fish is killed as soon as it leaves the water by inserting a hook in the middle part of the head and down its spinal cord. This process kills the fish immediately and it a more humane process than asphyxiating it out of the ocean. This also helps to preserve the quality of the fish.

What we saw after that is one of the most beautiful things I have ever seen in my life. One by one, the fish were removed from the ocean with such great care. They even have a small cushion so that the flesh doesn’t get damaged while the fish is being sacrificed.

The fish is later put in a mixture of water and ice. This process will leave no blood remaining in the flesh, resulting in a much firmer texture, and much more pleasant taste, even when it is eaten raw.

What I also found out is that all the fish caught by the Royal Salute are certified “Friends of the Sea”. This basically that the fishermen don’t only catch fish and then try to sell it. They sell fish and then target the catch around what is needed, reducing the amount of wasted catch - another huge problem in our society these days. 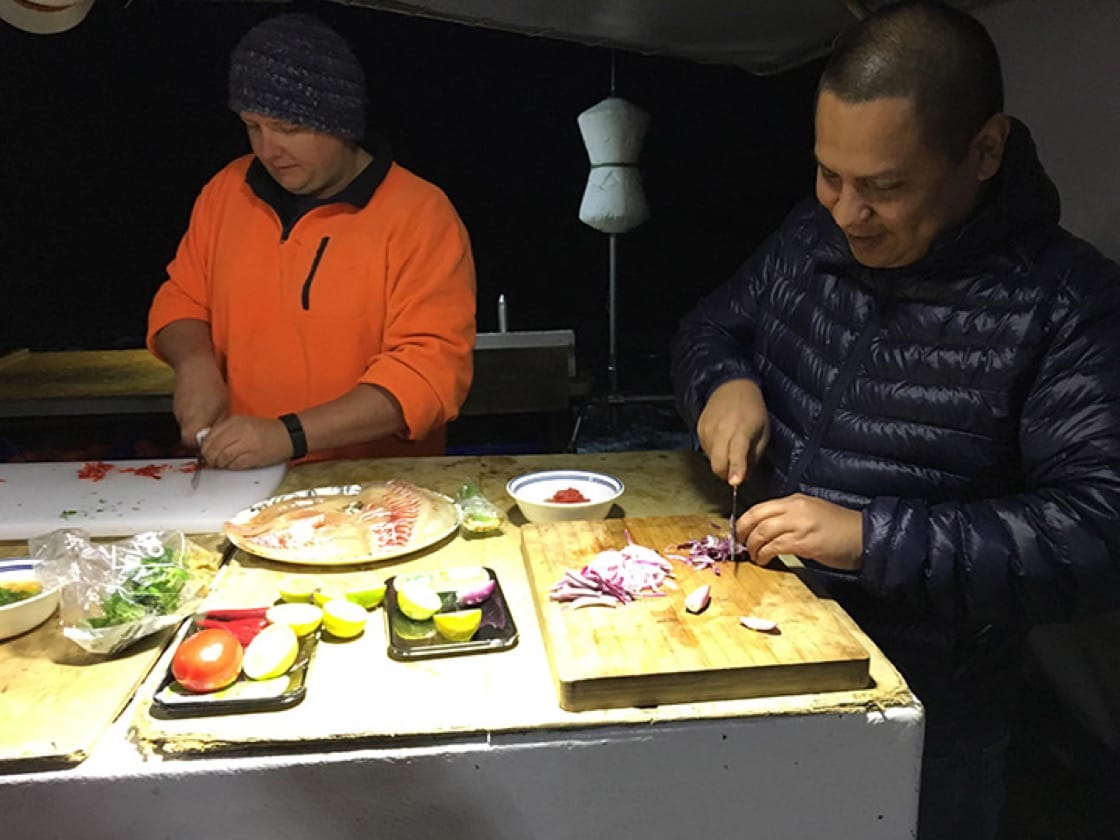 In my view, the relationship that the long-line fishermen in New Zealand have with the environment is something that should be taken as a role model all over the world.

With all the problems that we have as a human society in damaging nature everywhere this experience comes as a much needed breath of fresh air. What these gentlemen are doing is almost heroic to me.

At the end of the day, most chefs are looking for good flavor when they source ingredients and this quality primarily comes from sourcing prime ingredients. There is no magic behind it. If we can use fish that has been living in a great and clean environment, that has been caught in a responsible manner after and that has been treated with care throughout the entire delivery chain, then we are off for a good start.

I guess the biggest lesson here is this: when you think about what we do as cooks in restaurants, it looks really complicated, yet it is so little and tiny compared to what nature has done for us. We all have to take care of it. Now."

Since discovering his passion for cooking at 18 years old, Peruvian-born Chef Daniel Chavez has cooked in kitchens all over the world, including 3-Michelin star Can Fabes (Sant Celoni), Les Amis (Singapore), Ossiano (Dubai) and Santi (Singapore). In 2012, Chef Daniel opened OLA, focusing on bringing the best seasonal produce cooked with traditional methods. OLA was designed as a homely and casual atmosphere where customers can relax, have fun and feel at home. www.olarestaurant.sg