This time last year, chef Beppe De Vito of one-MICHELIN-starred Braci in Singapore was in the Italian city of Alba for a special ceremony of a lifetime.

Standing on the grounds of the historic Castello de Grinzane, De Vito and a small delegate of Singaporeans were being dubbed with a branch of vine, before they were formally inducted into the Cavalieri del Tartufo e Vini di Alba, or the Order Of The Knights Of the Truffle And Wines Of Alba, a confraternity established in 1967 to protect and disseminate the genuine food and wine products of Alba.

The group had arrived in the thick of truffle season, when gourmands, food connoisseurs and philanthropists from all over the world descend upon the Italian town for the International Alba White Truffle Fair. The month-long festival culminates in one of the gourmet world’s most highly anticipated events: the World Alba White Truffle Auction, where the prized fungi goes under the hammer in the name of charity. 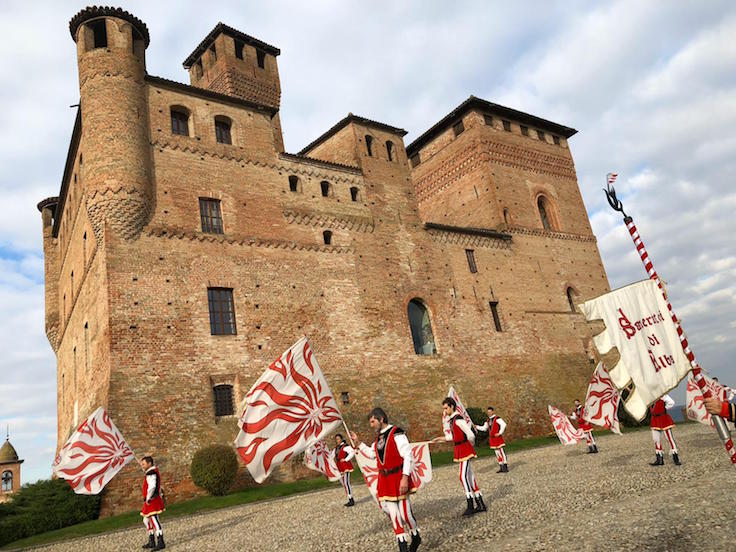 The yearly auction at Castello di Grinzane is a grand affair, attended by the Italian jet set and delegates from around the world. The bidding process is broadcasted simultaneously in cities such as Hong Kong and Moscow via live satellite linkups.

For the first time in history, Singapore will be taking part in the event this year. Diners in the city can put in their bids during the Alba Truffle Charity Auction Dinner, which will be held on Sunday, 10 November at De Vito’s newly reopened Art restaurant in the iconic National Gallery Singapore. More than 80 guests are expected to attend the dinner, where they can compete for the evening's final and most prized lot: the largest Alba White Truffle unearthed this year. 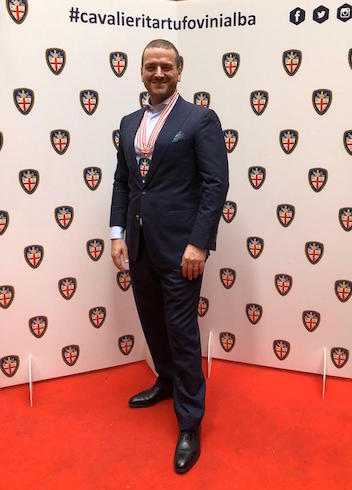 Last year, the largest 850g white truffle was auctioned for 85,000 Euros (S$132,770). The winning bid went to an anonymous Hong Kong buyer. “We’re hoping to get some of our Singapore tycoons to come and outbid the rest of the world,” De Vito says, laughing.

Other than the two kilograms of fresh white Alba truffles that will be used generously throughout the four-course dinner, a few prized specimens will also be sent to Singapore and come under the hammer at the restaurant. The winner can take them home on the spot, or return to have a specially customised truffle menu at the restaurant using their newly acquired gem, De Vito adds.

Each year, the auctions raise thousands of Euros and invaluable awareness for humanitarian causes. A portion of the proceeds in Singapore will go to De Vito's selected charity, World Food Future.

What’s In A Truffle

De Vito is optimistic about this year’s harvest. “The weather was a bit too hot at the beginning of the season but now it’s gotten a lot colder and we’ve been getting some very good produce, maybe better than compared to the same time last year,” he says. 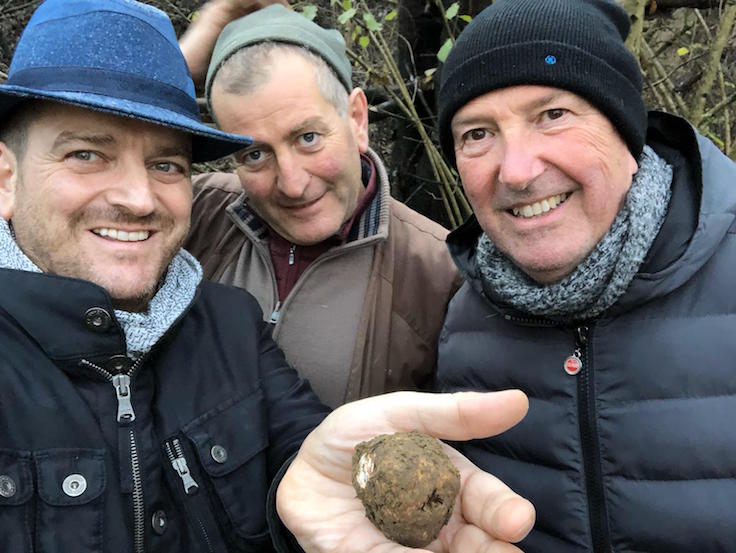 But size is not all that matters when it comes to appraising a good truffle, according to De Vito. “For the auction, yes, size is important because larger truffles are rarer and can cost 30 to 40 per cent more from one size to the next, but there are other things to look out for as well.”

A freshly unearthed white truffle has an appearance not unlike a lumpy potato, he explains. Although its surface is stained brown with dirt, it should have a thin but visible white layer just beneath its brown exterior, he adds, pointing to a cross-section of a truffle: “It’s called a white truffle because the actual skin is truly white. When you cut it, you should see this white layer and beautifully white marbling, almost like wagyu."

The veins of the marbling may occasionally be pink, which is also a sign of freshness, he says. Its smell should be rich and very umami, and "almost unpleasant with a similar pungency to garlic".

“The smell of a fresh truffle is unmistakeable, it is unlike anything else. That’s why it’s so popular,” says De Vito.

Reservations for the Alba Truffle Charity Auction Dinner on 10 November at Art can be made here.

5 Questions with Chef Alessio Longhini Of Stube Gourmet In Italy

Chef Tyrell Joon of House of MU shares his tips and tricks for making this simple clam pasta brimming with umami flavour.