Watch Out For These Top Chefs Cooking In Singapore Soon

It’s going to be a delicious few months ahead.

As if having a new restaurant open pretty much every other day is not enough, diners in Singapore diners will be spoilt even further in the coming months, with not one, or two, but more than 25 esteemed global chefs jetting in to add plenty of star power to kitchens here. Here are a few names to watch out for: 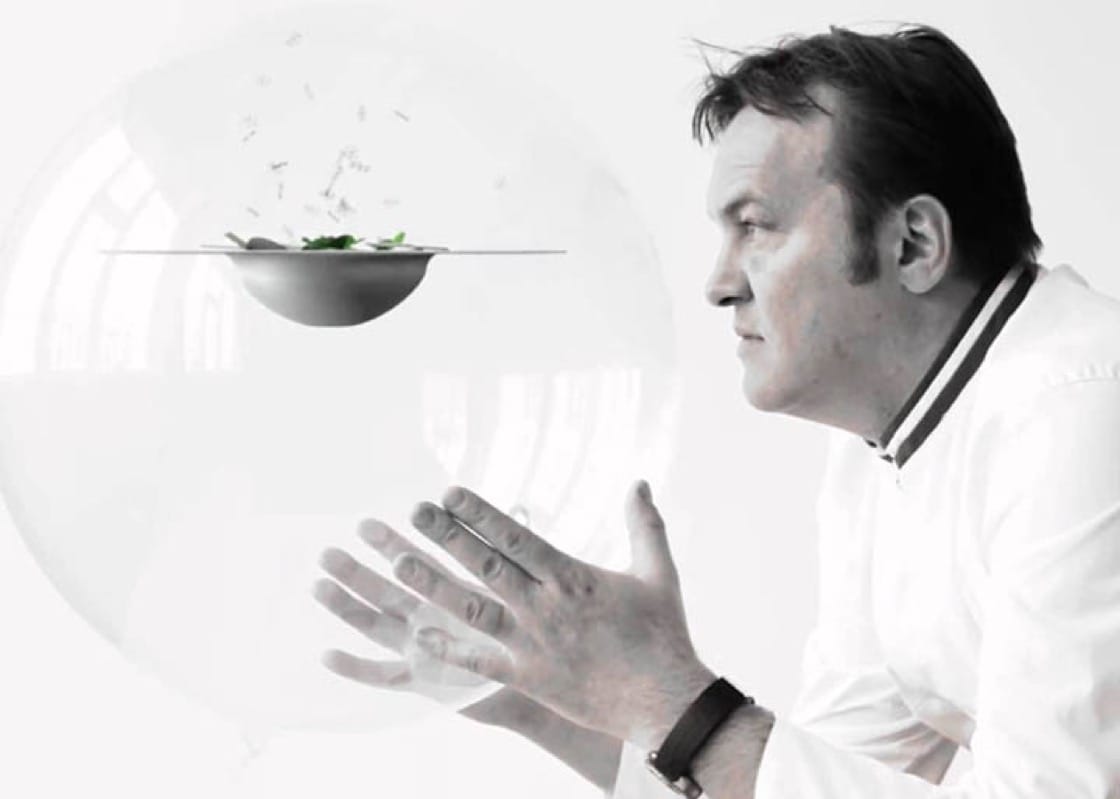 The long-awaited Michelin Guide Singapore International Guest Chef series finally kicks off on a high note with headlining act, Emmanuel Renaut of three-Michelin-starred Flocons, who will showcase his exquisite cuisine from the French Alps in the elegant dining rooms of Stellar at 1-Altitude on Oct 25 and 26.

Be teased by produce-forward creations such as a gnocchi of parsnip and red beetroot, or a salsify spaghetti lightly smoked with Alba white truffles to usher in the start of truffle season. All the dishes will be served with a top notch selection of wines hand-picked by Robert Parker Wine Advocate’s esteemed team of global wine critics.
Book your seats 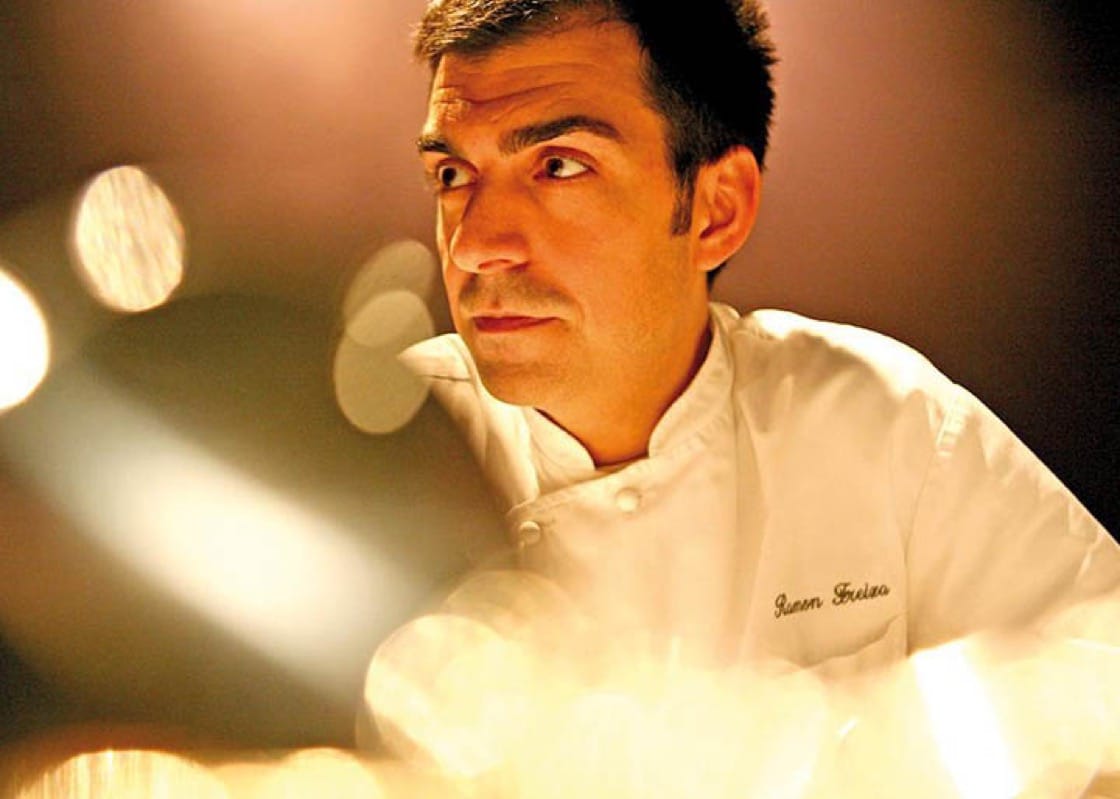 He’s cooked for the King and Queen of Spain - and now, he’ll be cooking for you. Get a taste of Spanish chef Ramon Freixa’s royal treatment when the chef heads here next month as the fourth and final guest chef for Resorts World Sentosa’s Art at Curate series in 2016. Freixa’s eponymous two-Michelin-starred restaurant in Madrid marries Mediterranean flavours with traditional cooking and a touch of avant garde.

Indulge in fit-for-royalty dishes such as a Royale Beef Cheek with squid ink noodles, or a Saffron Bouillabaisse with Fish Roe. Canapes take on a whimsical spin, such as mimetic Manchego cheese stones anda Golden Foie Ferrero coated with caramelized almond grain and gold dust.
Book your seats from the Art at Curate Website 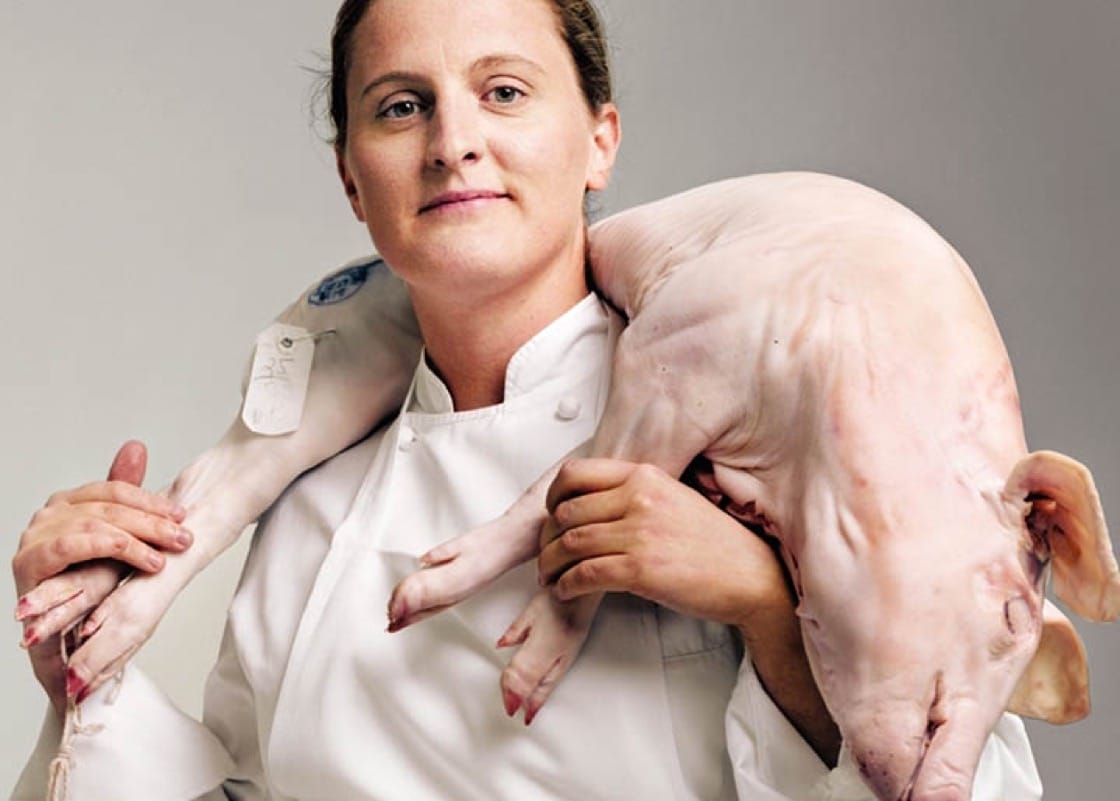 Fresh from the high-profile opening of her guesthouse, dining room and working farm, Coombeshead Farm in the United Kingdom’s Cornwall district, acclaimed American chef April Bloomfield and business partner Tom Adams (of Pitt Cue and Little Pitt restaurant fame) will be making a pit-stop in Singapore as part of a year-long guest chef series at BBQ specialist, Burnt Ends.

(Related: Read what our inspectors have to say about Burnt Ends)

Australian head chef Dave Pynt unveiled line-up on Facebook earlier this week to much buzz. Among the stellar roll call of chefs are up-and-coming names such as Jowett Yu of Hong Kong’s Ho Lee Fuk and Clayton Wells of Sydney’s Automata, as well as veteran Australian chef Mark Best, James Lowe of one-Michelin-starred Lyle’s in London and pastry whizz Will Goldfarb, the culinary director of the Potato Head Group and founder of Room 4 Dessert in Bali.

“It took about 36 hours to fill the list, everyone was really excited,” Pynt adds. “They’re all guys I’ve met before, some have asked to do dinners together, others I knew were going to be available. All of them have different things to offer.” Best, for instance, closed his flagship restaurant Marque after 17 years in the business, while Irish-born Trevor Moran, a widely celebrated Noma alum, recently left his top post at acclaimed US restaurant, Catbird Seat.

“I wanted to grab people from all over the world so they can bring their respective techniques and flavour combinations, while showcasing what we do,” says Pynt. Each chef will create the menu for the one-night-only dinners at the 16-seater Burnt Ends, while Pynt and his team will play a supporting role in helping them execute the recipes on Burnt Ends’ three custom-built elevation grills and four tonne, dual cavity wood-fired ovens.

Reservation details have not been finalised, but each meal will likely cost between $150 and $200, Pynt adds.
Follow Burnt Ends on social media for more updates 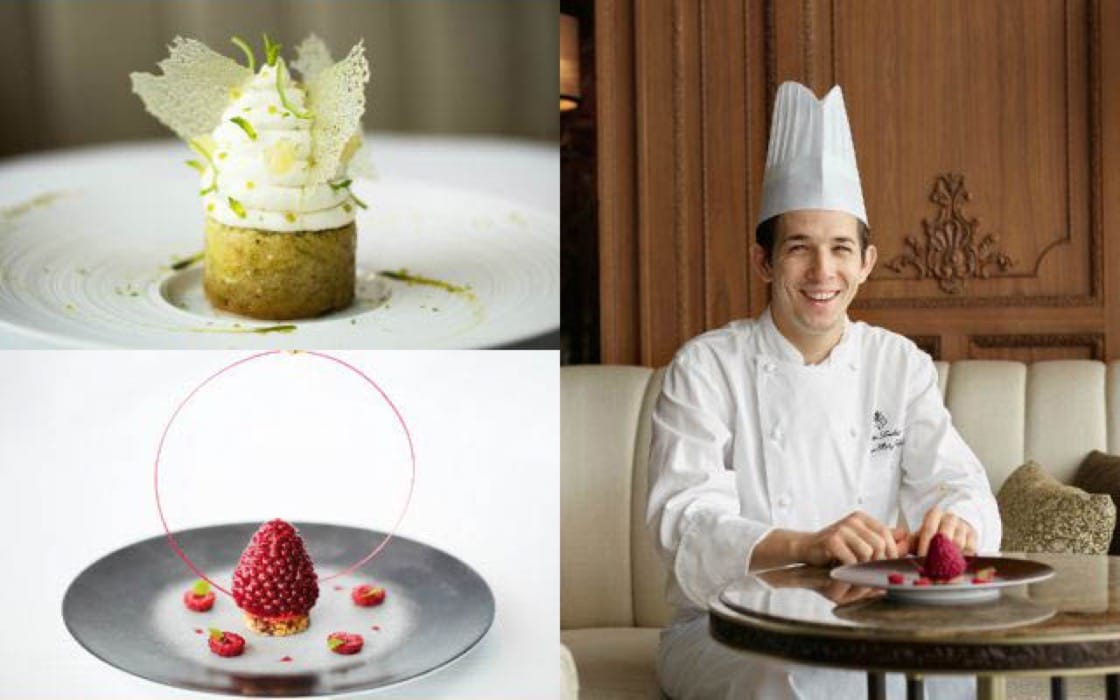 From Oct 12 to Oct 15, Nicholas Lambert, head pastry chef at two-Michelin-starred Caprice at Four Seasons Hotel Hong Kong will feature as guest chef for an exclusive weekend at Tea Lounge in Regent Singapore. Diners can treat themselves to a traditional three-tied Friday afternoon tea (S$45) or weekend High Tea Buffet (S$61) featuring chef Lambert’s intricate dessert creations - which he will personally plate up from a ‘live’ station within the tea room.
Book your seats from the Regent Singapore Website 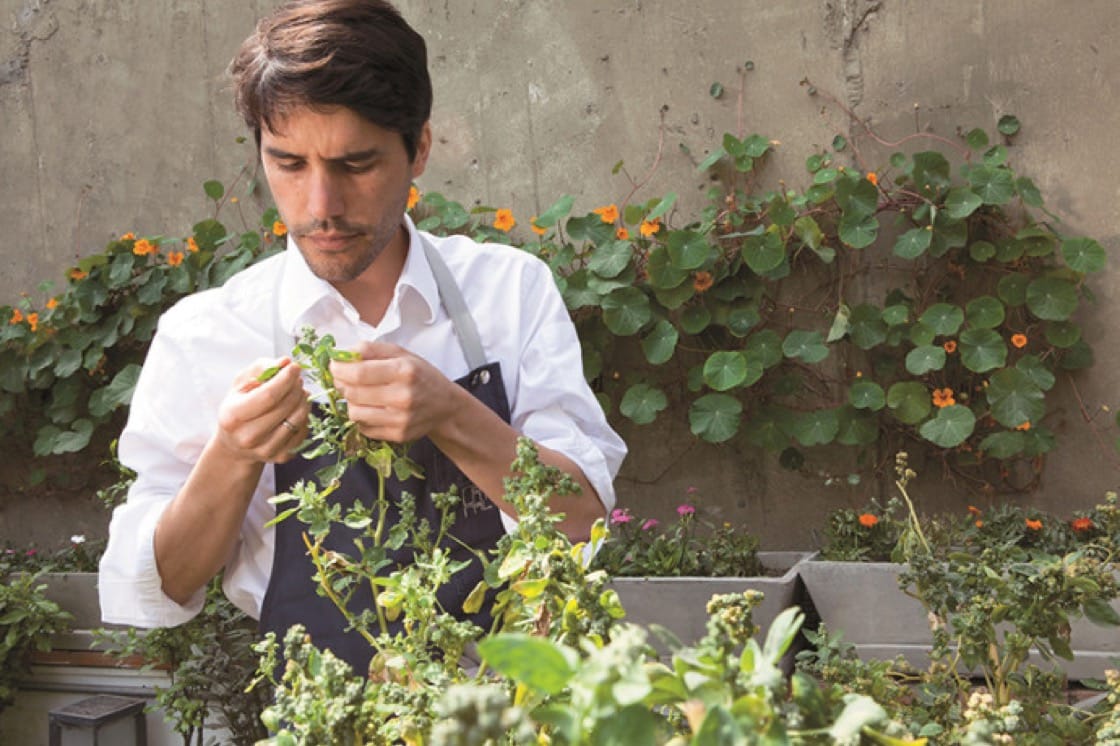 It may not be the first time Virgilio Martinez is cooking in Singapore, but there’s always something new to discover in his highly original cooking that turns the spotlight on exotic ingredients only found in his native Peru. Martinez will showcase his cooking from Oct 25 to Oct 29 at Blu restaurant atop the Shangri-La Hotel Singapore.

The dinners are part of the sophomore run of the Shangri-La International Festival of Gastronomy, which showcases a total of 12 chefs with a total of 20 Michelin stars between them at 11 properties around the world. Embark on a gastronomic expedition through Peru on your plate, starting from the Pacific Ocean, through the forests of the Amazon and right up to the Andean mountains.
www.shangrilalovesfood.com 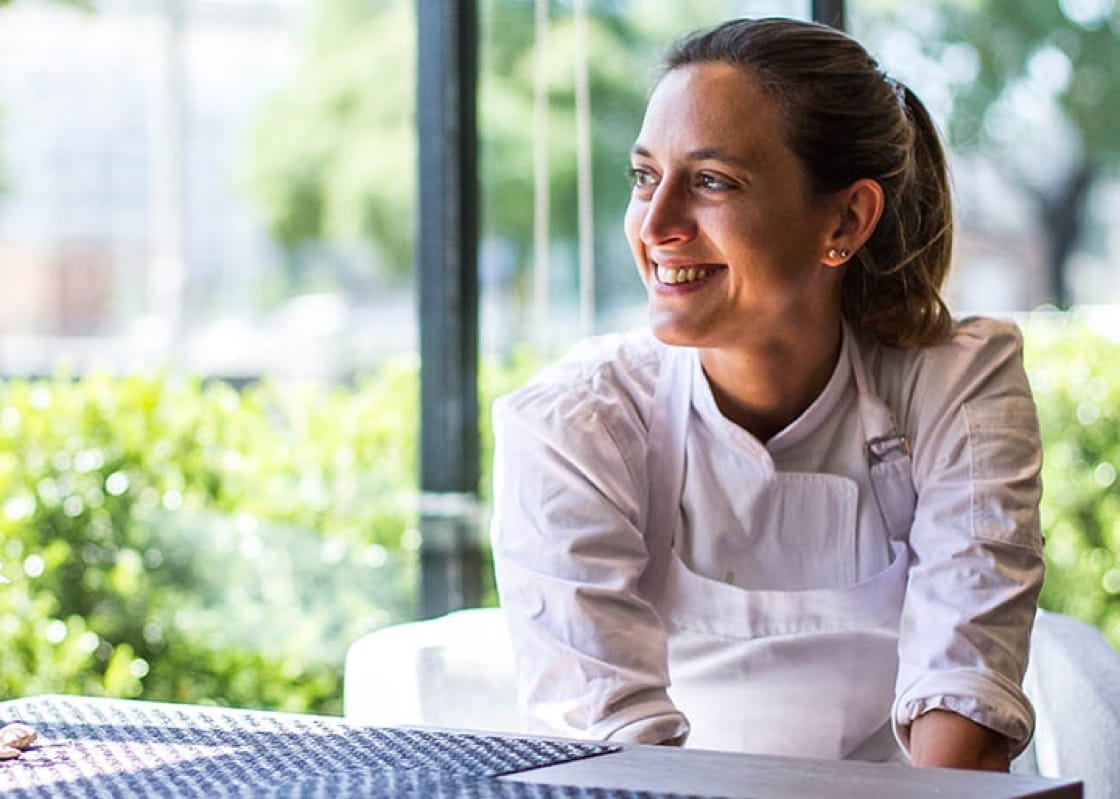 Soledad Nardelli from Chila in Argentina
The Michelin Guide may not have an Argentine edition (yet), but the name Chila comes up pretty much every time you ask a local for a restaurant recommendation. Lucky for us, head chef Soledad Nardelli will be cooking here later this month, as part of Comilona, A Nomad Argentine Festival, a food and wine festival celebrating all things Argentinean and edible.

Hosted by Argentine restaurant Bochinche on Telok Ayer Street, the four-day fiesta happening from Oct 25 to Oct 28 will showcase eight Argentine culinary experts based all around the world, via wine tastings and sharing sessions centred around promoting and developing Argentine cuisine. Nardelli will presenting her signature dishes, such as the Humita en Chala with corn textures and Argentine peppers and hand cut flank empanadas as part of a six hands-dinner for up to 30 diners at Bochinche on Oct 27. 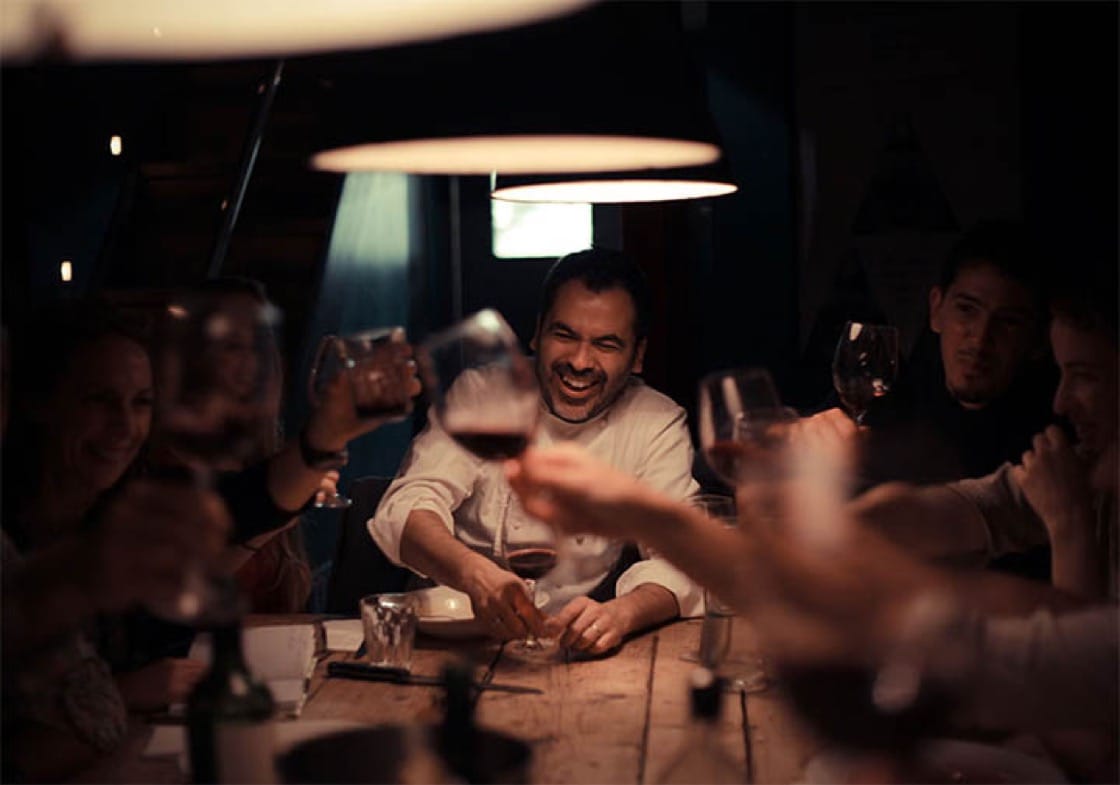 Other names in the roster include Hernan Luchetti, the chef de cuisine at three-Michelin-starred El Celler de Can Roca, Federico Heinzmann, chef de cuisine at the iconic New York Grill and Bar at the Park Hyatt Tokyo and veteran chef Martin Baquero, all of whom will cook collaboratively with Bochinche’s chef-patron Diego Jacquet.

To spice things up further, the dinners will be centred around 10 food products native to Argentina, such as yerba mate, a herbal teal, aji molido chilli flakes and aquarabay pink peppercorns.
www.bochinche.com.sg 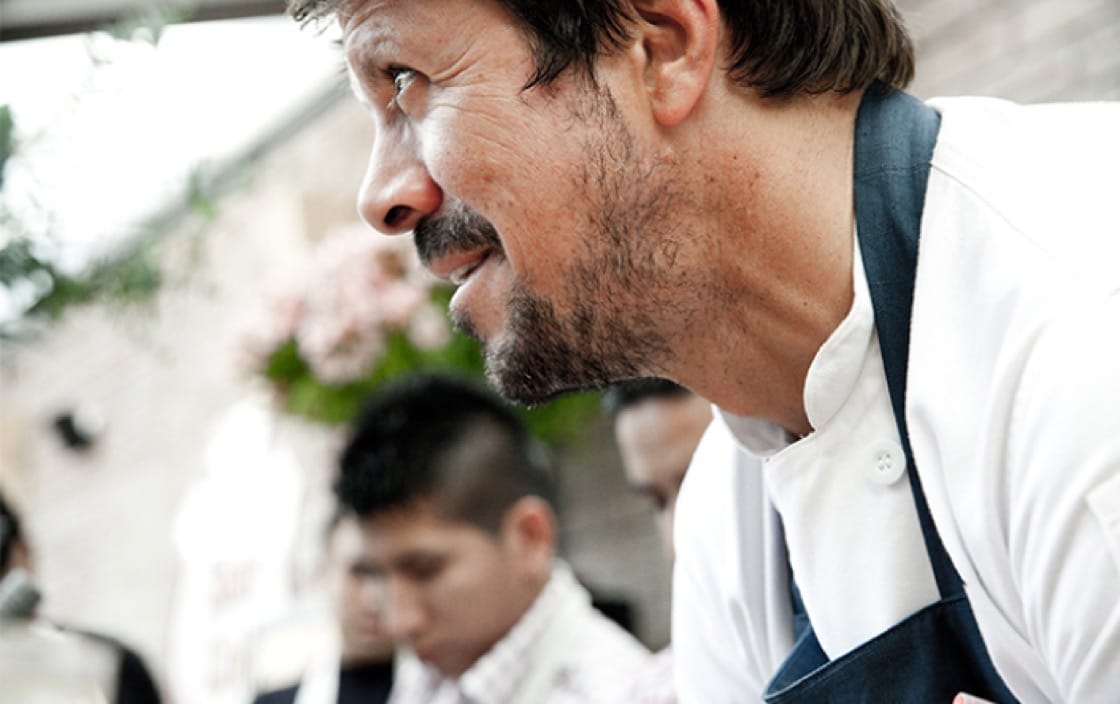 Rafael Osterling, Peru
Can’t get enough of Latin American cuisine? Rafael Osterling will be making a pit stop here by the end of the year for a four-hands showcase with compatriot Peruvian chef and Ola Cocina del Mar owner Daniel Chavez. An ex-lawyer who traded in a promising diplomatic career for the kitchen, Osterling has worked in restaurants such as La Grand Vefour in Paris and The River Cafe in London, and is today loooked up to as one of the pioneers that helped to shape Peruvian cuisine.

His eponymous restaurant in Lima offers refined takes on national classics such as ceviche, tiradito, alongside modern brasserie creations - and has becoming a popular meeting point for the capital’s most beautiful people. The two chefs plan to collaborate on a Peruvian dinner as well as a street food special, according to Chavez. More details to be released next week, watch this space for updates.
www.olarestaurant.sg

The First Day I Got My Michelin Star: Nicolas Sale Of La Table de L’Espadon In Paris

The First Day I Got My Michelin Star: Michel Troisgros Of Le Bois Sans Feuilles In France

Planning an epicurean trip to France? Make time to visit these Michelin-starred restaurants fronted by Asian chefs who have carved a name for themselves in the French culinary world.