8 Things You Need to Know Before Visiting Tottori

With this lesser known Japanese prefecture making it into the MICHELIN Guide for the first time this year, now's the best time to discover the food and attractions of Tottori.

2019 is going to be the year of Tottori. For the first time, the Japanese prefecture was included in the MICHELIN Guide Kyoto Osaka + Tottori 2019. Among the seventy six dining destinations selected by the Guide, two took the two-star accolade; four were awarded one-star status, while another fourteen became Bib Gourmand Restaurants. Having a diverse cuisine and hotels and ryokans of various styles is the main reason behind Tottori’s presence, as the guide believes it makes the MICHELIN Guide Kyoto Osaka – which celebrates its tenth anniversary – more complete.

If you wish to see this western Japanese region for yourself, the following titbits should help you plan a trip that maximises the beauty and culture of Tottori. 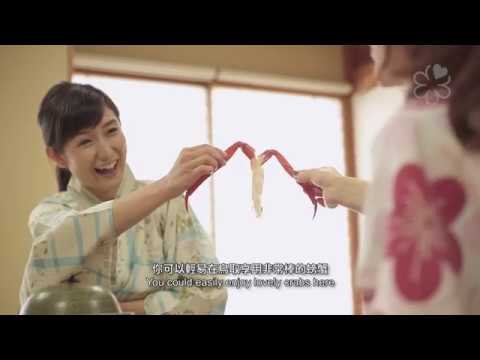 The MICHELIN Guide Travel Series: The Beauty of Tottori

1. Tottori is also known as the Crab Prefecture

Sharing its northern border with the Sea of Japan, the depth and quality of Tottori’s water are fantastic for the growth of crabs. Understandably, the prefecture boasts the highest yield of crabs throughout Japan. From oyagani to beni-zuwaigani, from matsuba to its deluxe version itsukiboshi, each variety is a delicacy in its own right. Because of that, Tottori is nicknamed “kanitoriken”, combining the Japanese word for crab (kani) with the prefecture’s name (tori).

According to Shunichi Suzuki, Director, Tourism and Exchange Bureau, Tourism Strategy Division, Tourism Promotion Office, Tottori Prefectural Government, “The chefs there are first-class. The crabs they use are just as high quality and extremely fresh.” 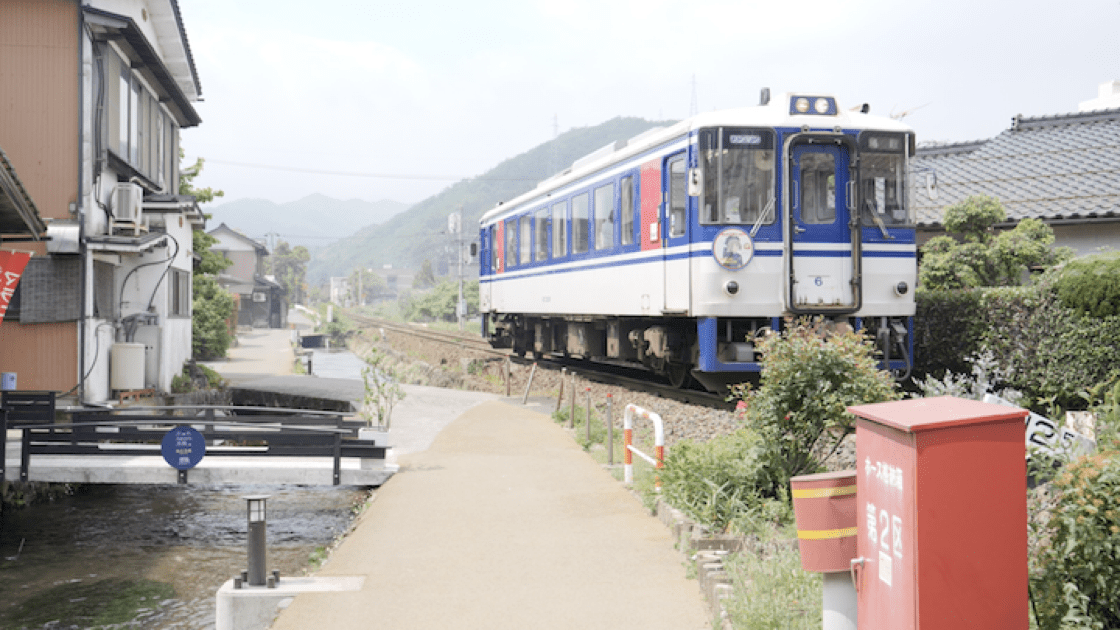 2. Tottori is the least populated prefecture in Japan

Although the city of Tottori is the largest city in the San’in area in Japan, the eponymous prefecture is the least populated of the country (even the Tottori city has merely 200,000 residents). With less people around, you would feel a sense of serenity while meandering through the picturesque streets dotted with historical monuments.

As for when to visit, the prefecture’s governor Shinji Hirai said, “You’ll be swallowed by a sea of sakura trees in spring and falling maple leaves in autumn. The skiing resorts will all be ready for service by winter. It’s also during this time that the crabs come into season – for sure a big attraction to tourist!” 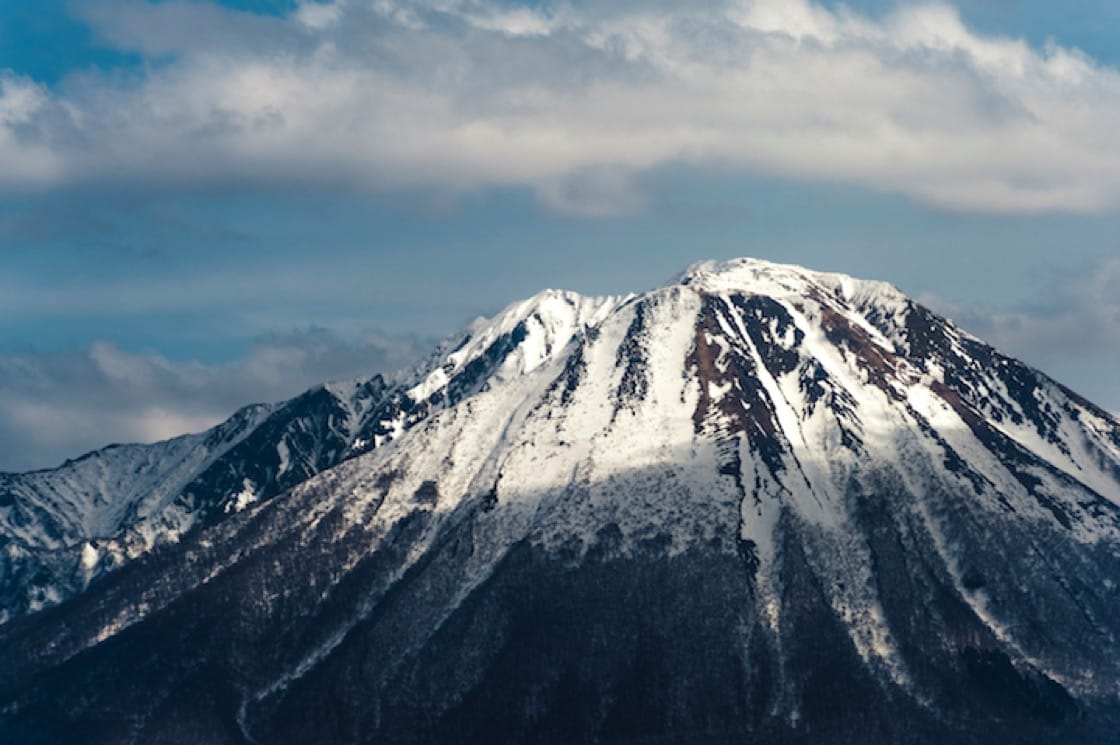 Snow-capped mountains during winter.
3. Take a Hike Up Mount Daisen

Mount Daisen is one of the symbols of Tottori. It consists of eight adjacent peaks, with the highest Kengamine reaching 1,729 metres. At the same time, Mount Daisen is also the third National Park of Japan and among the one hundred most famous mountains of the country. This natural wonder reveals its different facets as visitors move from one spot to another, appreciating its beauty from various angles.

According to Hirai, Mount Daisen’s north side looks stunning and resembles the great Alps. The local farmers pays respect to it for another reason, since the mountain provides them very rich soil for cultivating crops.

Manmade attractions abound among the slopes. Daisen-ji is a Buddhist temple built around 720AD. The Daisen Riding Center allows one to take in the views of the woods on horseback. The farm named Milk no Sato is an obligatory stop for dairy product lovers: it doesn’t get any better to enjoy soft-serve ice cream made with fresh milk with a gorgeous mountain in the background. 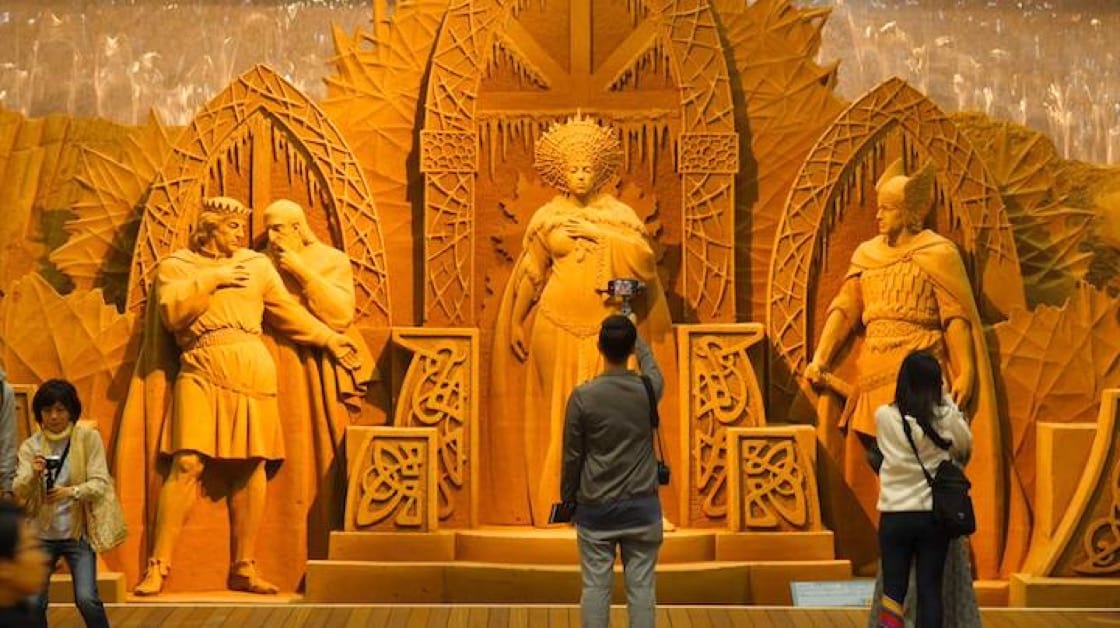 4. Tottori Sand Dunes: the Artwork of Sand and Wind

Most travellers stop by the sand dunes of Tottori, a magnificent natural site created 100,000 years ago. It was formed by the sediment deposits washed down from the Sendai River, accumulating at the current location following a drop of sea level. Layered with the volcanic ashes from the Mount Daisen and crushed by the wind and waves of the Sea of Japan, the Tottori Sand Dunes are the living proof of the nature’s force.

Don’t spare the energy to hit the peaks of the dunes. Your effort will be rewarded with some spectacular sights including the Suribachi depression and Fumon patterns – sand ripples caused by strong wind. You might even be able to catch a glimpse of the sand curtain falling down like waterfall.

Renowned Japanese photographer Shoji Ueda used the sand dunes as the backdrop for his classic black and white photo series “Sakyū Gekijo”. The works are shown in the nearby Shoji Ueda Museum of Photography. The connection between sand and art is further explored at the Sand Museum. If you prefer more adventurous activities, go on a camel ride for the ultimate sand dune experience. 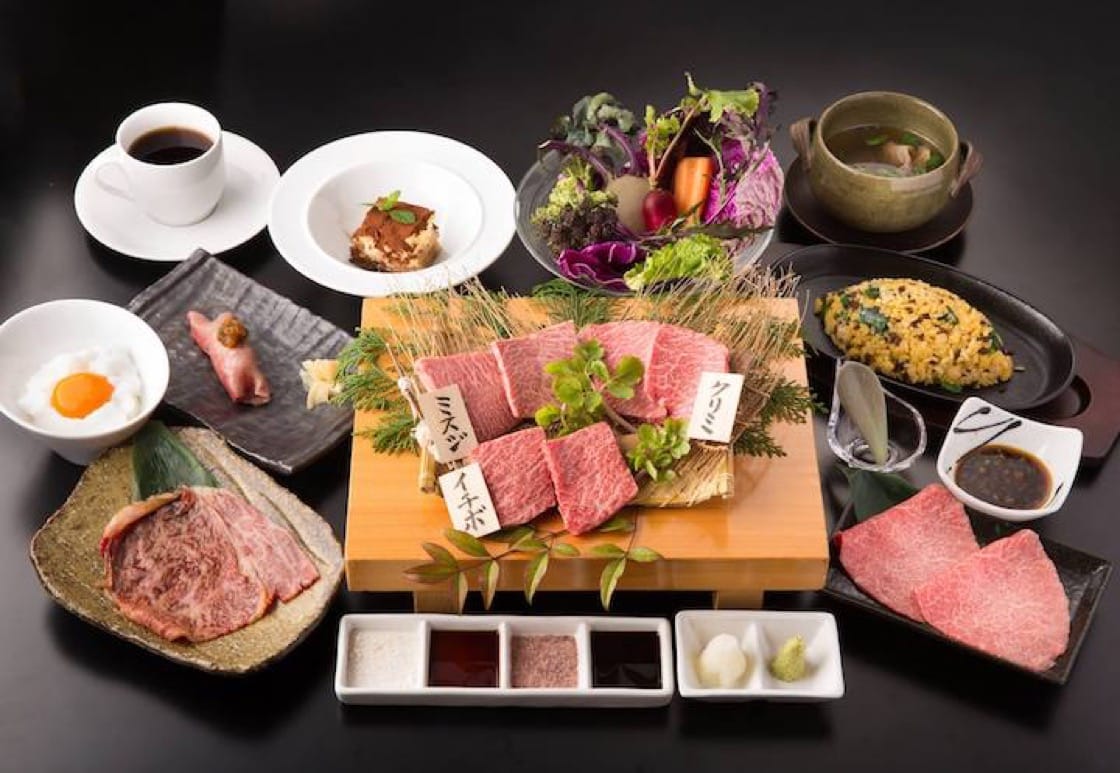 Don’t forget to have a taste of the local beef when you’re in Tottori, because it’s where the wagyu culture started. Since the Heian Period (794-1185), Mount Daisen had been the sacred spot for the Japanese to pray for the health of their cattle and horses. During the Edo Period (1603-1868), it even became the sole market for selling the mentioned animals in Japan.

Based on these factors, the first head of dark-haired wagyu “Eikou Gou” was born in Tottori. Its great-grandson “Kedaka-Go” made one further step to win the first prize at the first Zenkoku Wagyu Noryku Kyoshin-kai, also known as the “Wagyu Olympics”, in 1966. “Kedaka-Go” has more than nine thousand descendants. Hirai told us Tottori wagyu is the ancestor of both Kagoshima and Kobe wagyu.

Moreover, in as early as 1918, the prefecture initiated the first project within the country to improve the breed of cattle, and began to document the lineage of the cows two years later. This came a whole twenty eight years earlier than the foundation of the Wagyu Registry Association monitoring the entire nation. All these put Tottori at a untouchable position in the history of Japanese wagyu.

The most admired variety of wagyu in the region is called “Oleic Acid 55”, referencing the minimum of fifty five percent unsaturated fatty acids in the beef. With the fat liquidising at 16°C, it does give diners the pleasure of feeling the meat melts in the mouth. Among the 2,100 heads of cattle produced every year, only about four hundred reach the standard of “Oleic Acid 55”, hence its limited exports. You can’t find better Tottori wagyu than its birthplace. Shabu shabu and yakiniku are both popular ways of preparation.

In the MICHELIN Guide Kyoto Osaka + Tottori 2019, beef specialist Kyoshotei received a Michelin Plate recognition. The generous Daisen Kuroushi wagyu set there costs 6,800 yen, containing grilled wagyu sushi, shabu shabu and grilled three rare cuts accompanied by rice, soup and dessert. It’s definitely a deep dive into the world of premium beef. If you're traveling in a larger group, Yakiniku Kuro offers a private dining rooms in a variety of sizes: cosy and intimate for two to four people with amazing night scenery of Yonago, or larger rooms that can accommodate anything from eight to 32 people. Set meals here go from 5,000 to 7,500 Yen and feature rarer cuts of beef like misuji and kainomi.

The builder’s genius in constructing Sanbutsu-ji on a cliff is almost unfathomable. 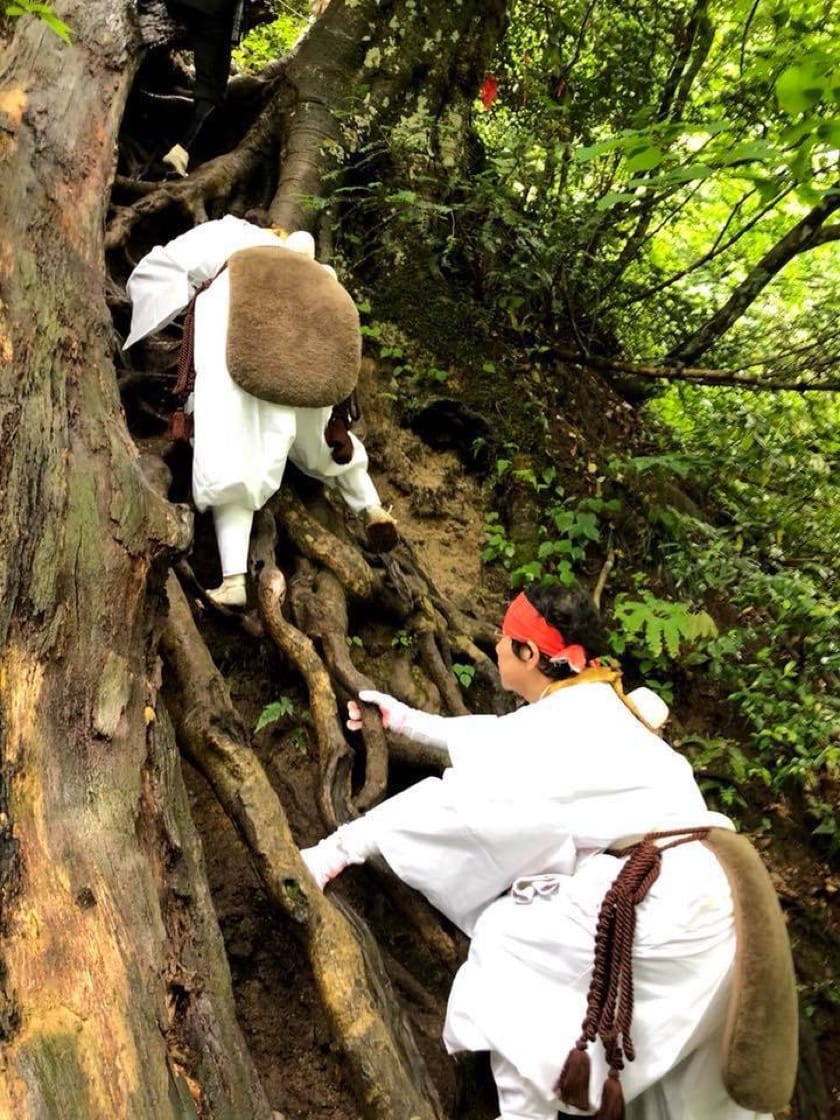 Another extreme attraction in Tottori is the temple of Mitoku-san Sanbutsu-ji standing right on a shallow niche carving into the cliff of Mount Mitoku. The way to get that is difficult to say the least. Hikers have to rely on their hands as extra aid to navigate the wet and rough trails. Some slopes – if they could be called slopes at all – are nearly vertical, forcing visitors to climb up using metal chains. Therefore, no single person is allowed to attempt the hike without a companion. You’re advised to wear something that gives your hands maximum freedom of activity, and pack with you work gloves, water and a towel.

The payoff is just as mind-blowing as the two-hour hike itself. One can’t help but wonder how the builder was able to erect an architectural structure on a cliff. Ryojun Yoneda, the deputy chief steward of Sanbutsu-ji, said they still don’t know who built the hall of Nageire-dō. The only certain thing is that it’s been there for a very long time. That said, the shroud of mystery around the temple does give it extra allure.
7. Take a Bite of the Sweet, Juicy Pears

Whimsical as they are, the residents of Tottori don’t shy away from self-deprecating humour. Coffee shop names that are puns to Starbucks are the visible proof of that in reaction to Tottori being the only prefecture without a branch of the coffee chain – until 2016 that is. (There were a thousand people lining up on the day it finally arrived.) Hirai has another example to add: since the Shinkansen doesn’t go past Tottori, the locals name the pears they produce (in season from late August to early September) after the train.

The prefectural governor told us they’ve been growing the fruit for a hundred years. Shinkansen pear has an average sugar content of 14%, which makes it as sweet as mangoes, and a crunchy texture. The bright green 20th century pear (in season from late August to late September) is also a standout with its refreshing sweetness. 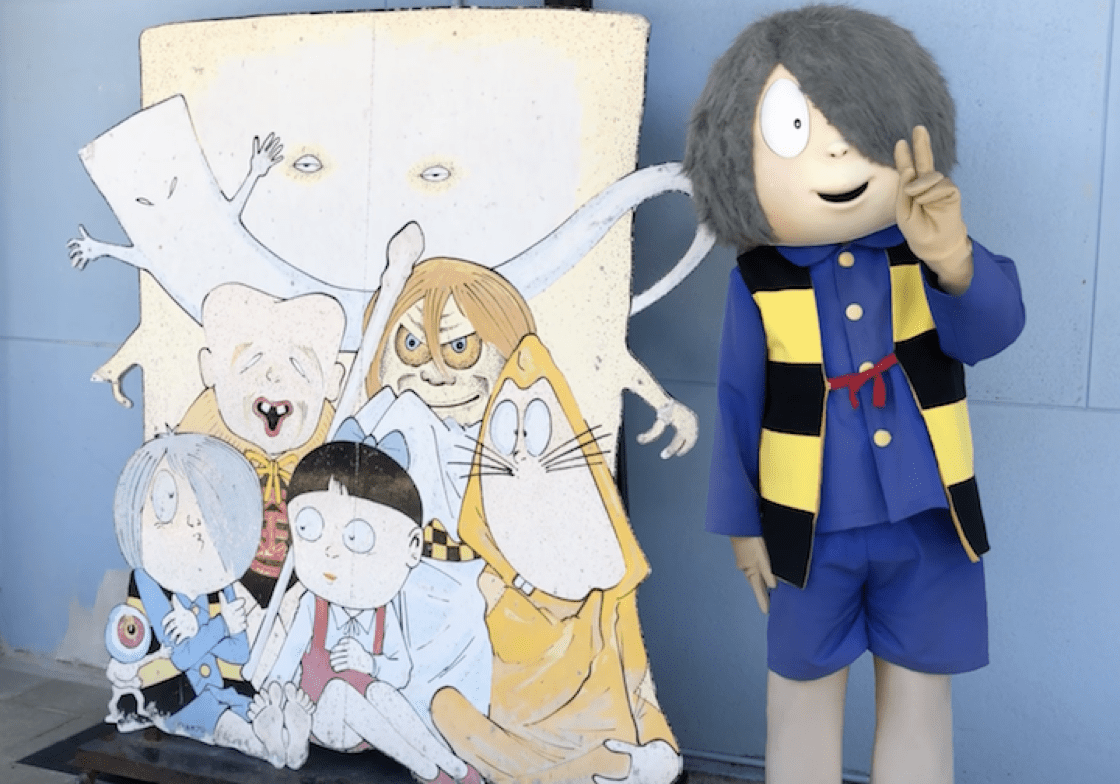 No introduction needed to manga fans – Tottori is the hometown of Detective Conan and Kitarō, two of the all-time favourite Japanese comic books. If you’re obsessed with the former, be prepared for a busy trip across the prefecture. There’s the JR Yura station wearing the moniker of “Conan station”, and the “Conan Road” right in front of it leading travellers to the many Conan statues across the town. Of course, you can’t miss the Gosho Aoyama Manga Factory in which the author’s artistic works and items from his personal collection are displayed and related events are held.