Growing up in a family-owned kappo restaurant, Tokyo-born Suzuki Fumio witnessed firsthand the hard work and long hours his parents had to go through. “The restaurant was on the ground floor and we lived upstairs. I was lucky to have tasted good Japanese food from a young age, but I had no interest in becoming a chef at the beginning,” the head chef of one-MICHELIN-starred Zuicho recalls.

But life has a funny way of working itself out. When Fumio was studying Business at university, he began to notice the way his parents operated the family restaurant. He had ideas on how things could be done better and decided to talk to his father. From then on, he slowly became more involved in the business, and learned to cook by watching and assisting his father. “I had a change of heart. My father said to me, ‘I’ve taught you everything I know, but there’s more you need to learn. You should work at other Japanese restaurants and master kaiseki,”’ says the 43-year-old chef. Taking his father’s advice to heart, he joined Kitaohji, one of the longest-standing kaiseki restaurant groups in Tokyo, after graduation. The 200-seat Kitaohji was very different from the kappo-style restaurant he was used to, but he worked his way up from being a junior chef to head chef within 15 years. 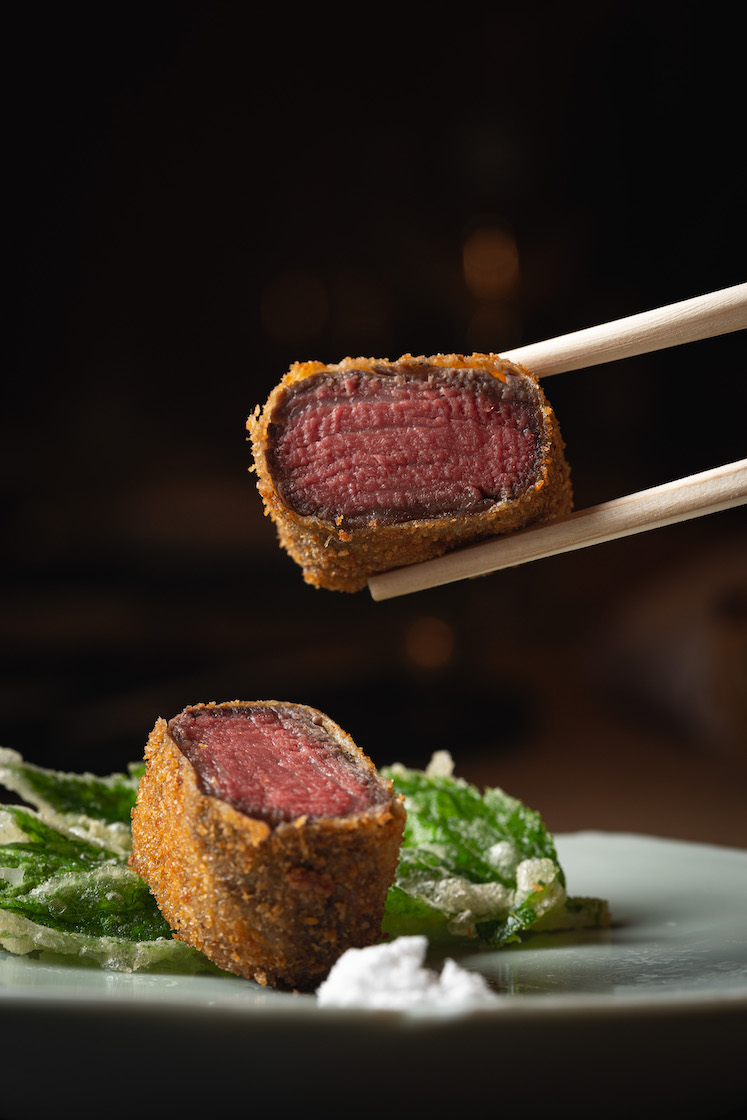 After Kitaohji, Fumio wanted to return to the kind of restaurant he grew up in. Ginza Kudo, one of Ginza’s most popular restaurants owned by esteemed chef Junya Kudo, was where he picked up where he left off in his childhood. Like his parent’s kappo restaurant, Ginza Kudo comes with an open kitchen and a counter, which allows him to interact with customers and prepare food in front of them.

And Fumio was right—his confidence in his craft, dedication to traditional kappo and focus on seasonality earned Zuicho a MICHELIN star, just over a year after its opening.

At the helm of Hong Kong’s first MICHELIN-starred traditional kappo restaurant, chef Fumio shares with us his thoughts and emotions when Zuicho received its MICHELIN star for the first time in the MICHELIN Guide Hong Kong Macau 2021.

When did you first hear about the MICHELIN Guide?
When I was working at Kitaohji, I knew of the MICHELIN Guide because there were many MICHELIN-starred restaurants in Japan. But I was aware that those restaurants were usually owner-operated and small in size with just one sushi counter. I thought to myself, it’d be great to receive such an honour, but realistically I was working at a restaurant serving 200 people a day at that time. When I moved to Ginza Kudo, I saw the possibility of running a restaurant that focuses on the customer and high quality ingredients. It was clear that this kind of concept and number of seating could potentially be awarded a MICHELIN star.

How did you feel when your restaurant first received a Michelin star?
To be honest, I was surprised. Even though I am very confident in my food, and I’ve been told by customers that we are on par with other MICHELIN-starred restaurants, the impact of the protests and pandemic during the restaurant’s first year of opening was really challenging. Receiving a MICHELIN star was unlikely given the consistency of being open every day at the same time wasn’t there. I thought these factors would take away my chance of getting a star, so I wasn’t expecting it. 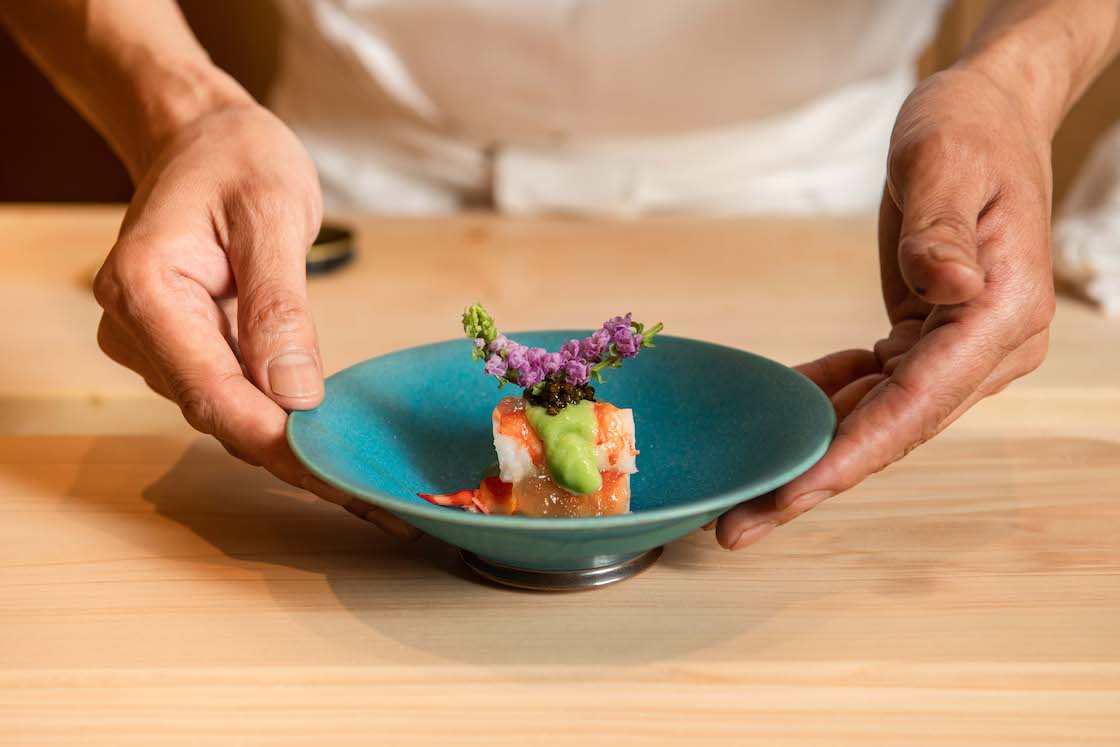 Who did you call when the restaurant received a MICHELIN star? How did you celebrate?
My team and I were watching it [the MICHELIN Guide star revelation] live at the restaurant, and when we heard the results, we were all very emotional. The first person I called was my father. Luke came down to the restaurant after the announcement. We had some very good sake, and I made food for the team.

Has winning the star changed anything at Zuicho?
We have a lot of repeat customers and we rely mostly on word of mouth. After we got the star, many customers sent flowers and bottles of champagne and gifts. I was surprised by how happy customers were for us.

We've also been receiving more bookings from people coming for the first time since the MICHELIN award came out, as opposed to mostly our regulars. 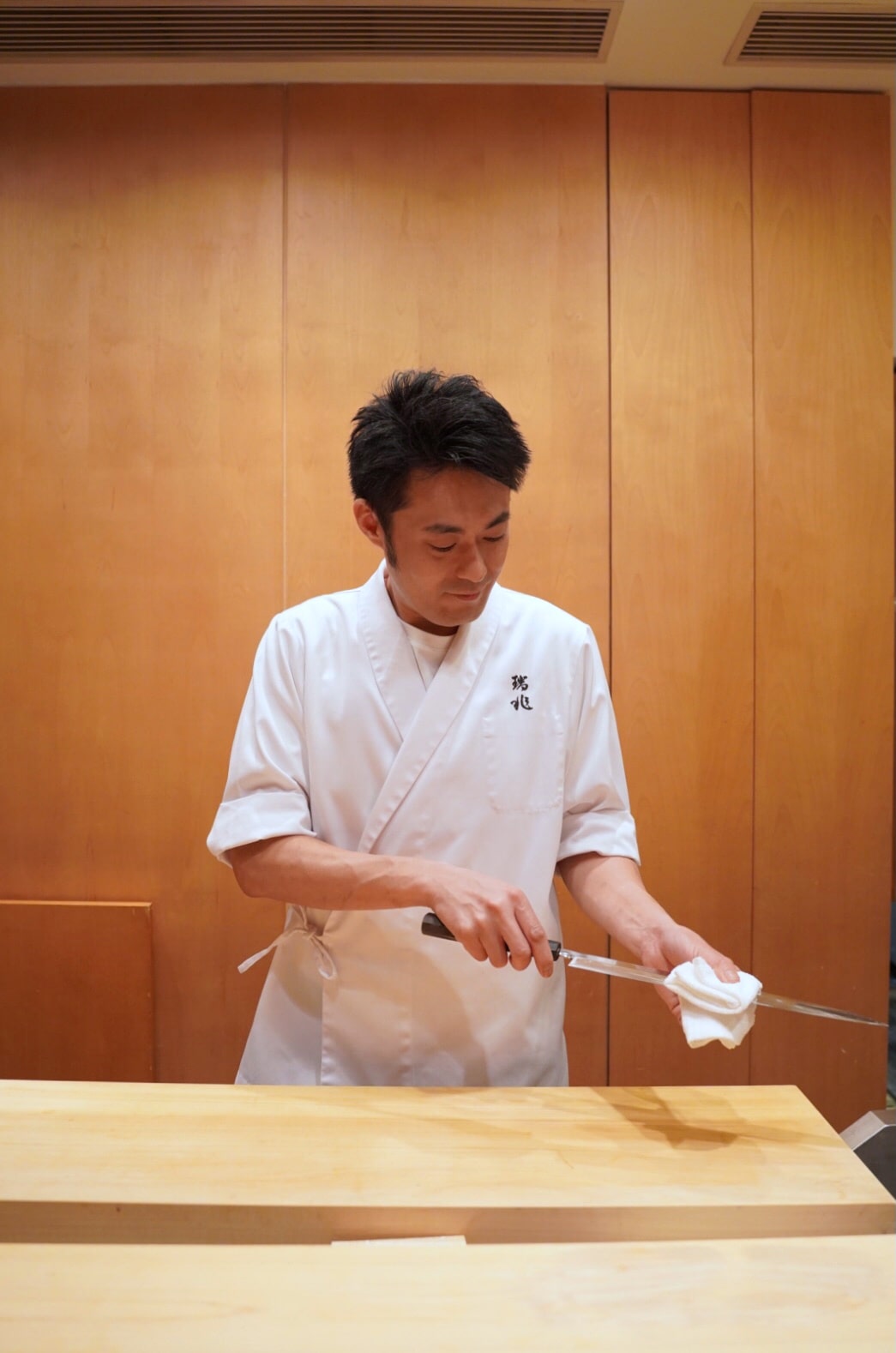 How has the MICHELIN Guide influenced your career?
Of course, any chef would be delighted and proud to receive a MICHELIN star. I put my focus on my craft, menu, and customers. If customers leave the restaurant happy with the meal and experience, chances are the MICHELIN Guide will also recognise what I do. I wasn’t thinking what dishes would make MICHELIN [inspectors] happy, but what dishes would make customers coming tonight happy.

Do you have any advice for young chefs who want to get a MICHELIN star?
Up-and-coming chefs should continue to refine their craft, experiment and create dishes they feel proud of, and focus on their customers—repeating that day in and day out. Eventually Michelin Guide will recognise their hard work and the quality of dishes they produce on a daily basis.

READ MORE: See Other Stories In The First Day We Got Our Stars Series