So, you probably would have heard of wet-aging and dry-aging, heck, even beef that’s been whisky-aged. But something even more unusual has come up on our foodie radar recently: the Japanese tradition of snow-aging.

This method of storing and preserving food isn’t new. Snow-aging, or yukimuro, is a 200-year-old technique employed in the wintry region of Niigata which sees one of the heaviest snowfalls in Japan. Also known as ‘Snow Country’, the residents of Niigata Prefecture have long adapted to the harsh winter conditions of the region, and even turned it to their advantage, using the snow to preserve and store their produce. 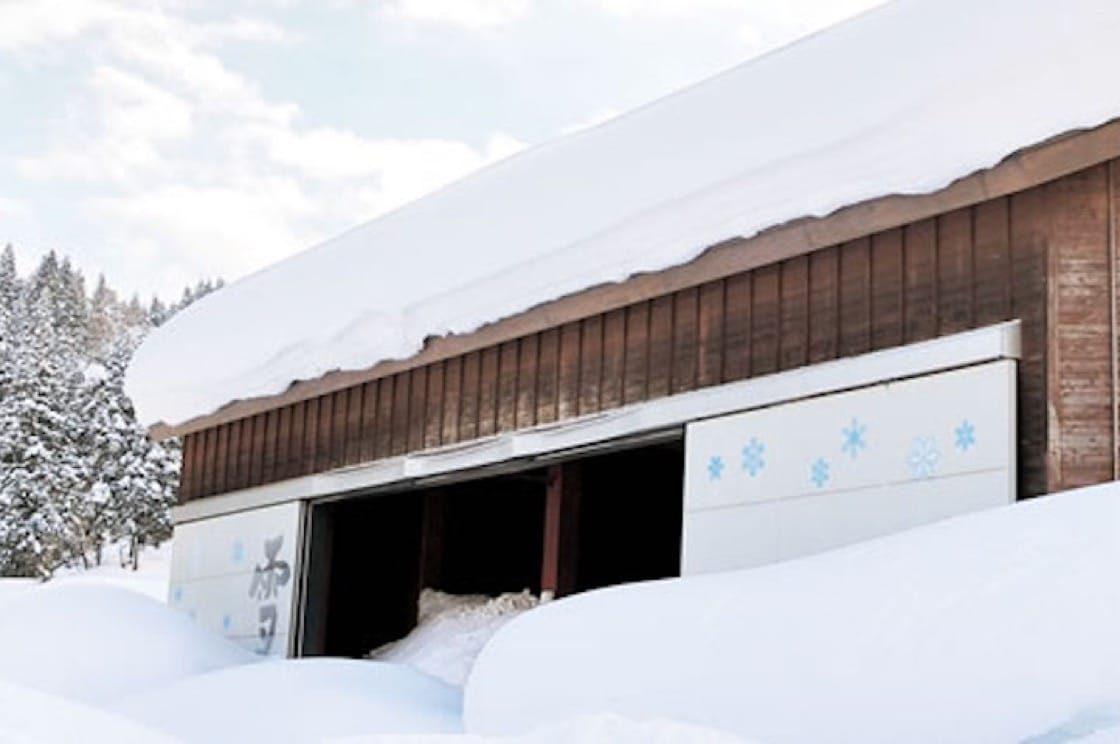 A snow-covered Yukimuro. (Pic: Echigo Yukimuro-ya website)
What is it?

Yukimuro utilises a traditional snow-covered room to preserve and age produce naturally. This aging process maintains a consistent internal temperature between 0 and 5 degrees Celsius, regardless of external weather conditions. In this state, called seichi, the produce retains more than 90 percent of the surrounding humidity. As a result, the snow-aged produce tends to be crisper in texture and sweeter in taste.
Advertisement
Grains like rice and buckwheat, and vegetables like carrots and daikon become sweeter in a process called saccharification—complex carbohydrates are broken down and reduced in coffee and sake, diminishing unpleasant odours, while the meat can be efficiently wet-aged with less drip. 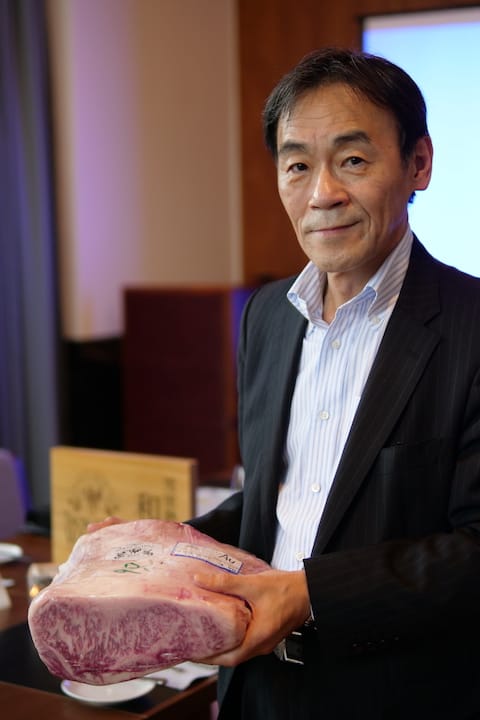 Takashi Uono, president of Uoshoku Meat, was in Singapore to introduce the world’s first snow-aged wagyu which diners can now experience for yourself at Origin Grill at Shangri-La Hotel Singapore.

He is also a member of the Echigo Yukimuro-ya cooperative which brands and promotes a whole range of snow-aged food products from coffee and buckwheat to sake and vegetables.

He started developing the technique for snow-aging beef in 2011. “I experimented with different aging periods, 10 days, 20 days and up to 40 days. I found that 30 days was the most optimal; at 40 days, the beef started to have a slightly sour tang.”
After being wet-aged for 30 days in a Yukimuro-style storage, the meat becomes tender and moist as the oxygen breaks down the fibres, while the taste becomes more mellow and richer as proteins are broken down, releasing more free amino acids that give rise to a more pronounced umami. 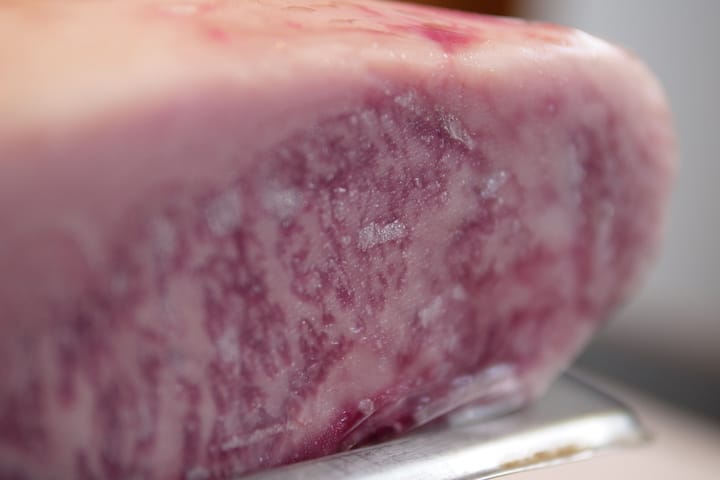 With the advent of modern refrigeration, the technique of snow storage almost became a lost practice—a situation that the Echigo Yukimuro-ya seeks to rectify.

Snow-aging has a number of advantages over electric refrigeration: 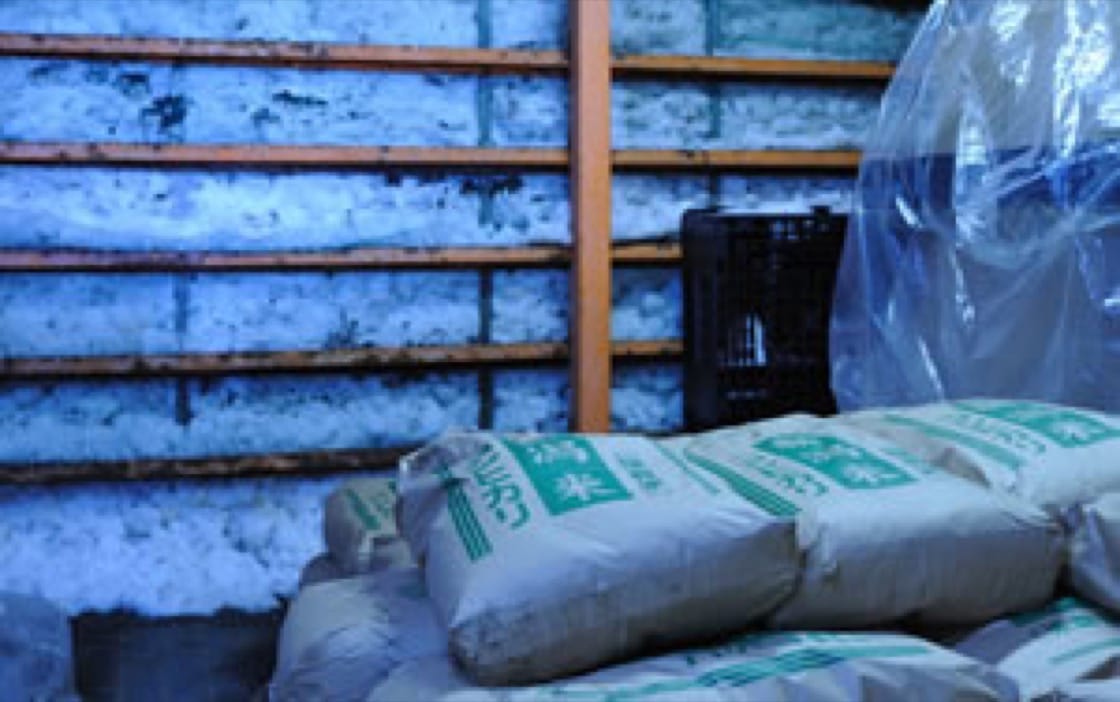 The inside of a Yukimuro. (Pic: Echigo Yukimuro-ya website)
Because of the limited quantity being produced and the cost of logistics, snow-aged produce tend to be more expensive. “It costs about 20 to 30 per cent more for meat, even higher for coffee”, says Mr Uono. “It’s not just because of packaging or the limited supply, it’s also because of the difficulty in transporting the produce up to the mountainous region”. 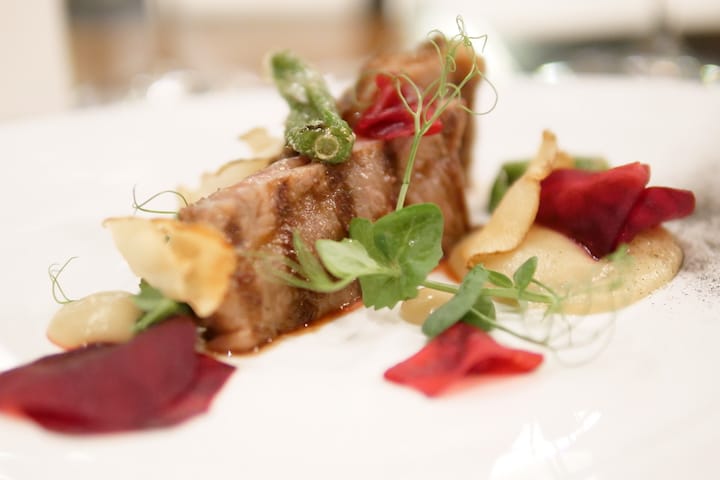 Chef Heidi Flanagan does justice to the beautiful cut of meat.
In the deft hands of chef de cuisine Heidi Flanagan at Origin Grill, the delicately-marbled cut takes on a melt-in-the-mouth quality with a buttery finish. Although a 200g steak of snow-aged full blood A4 wagyu here will set you back an eye-watering $126, it may be an experience well worth its price to truly appreciate a rare and time-honoured tradition such as Yukimuro.
Advertisement
Advertisement