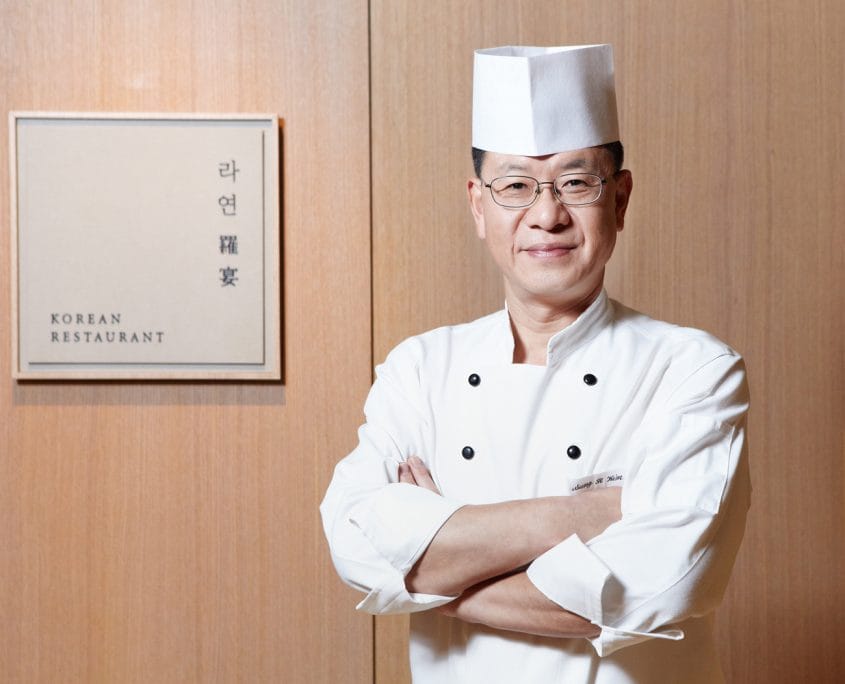 Kim Sung Il didn’t start his career the way many chefs these days do; becoming a chef had never been his career aspiration. Rather, his path to chefdom was paved by sheer chance nearly three decades ago. At the time, Kim–two years into a career that didn’t involve any sort of cooking nor food for that matter–wanted to immigrate to Australia where a close aunt of his resided. In order to meet the visa requirements for Australian immigration, he needed to prove that he had an employable skill and learning how to cook seemed less daunting than learning how to code. So, he enrolled at a local culinary institute, completed the course and got his chef certification. He was 26.

But, his dream to start a new life in Australia was unexpectedly stalled when his mother fell terminally ill. As the first-born son, Kim was pressured by his family to delay his move indefinitely to take care of his ailing mother. He was torn but he made the difficult decision to stay.

It was the year 1988 and all the major hotels across the city were mass hiring in all areas of hospitality ahead of the Seoul Summer Olympics. With his new-found skills, Kim applied to four different hotels for a position in one of their kitchens; he ended up being contacted by all four. However, with all four interviews coinciding on the same day, he was forced to pick just one. He went with The Shilla and the rest, as they say, is history. 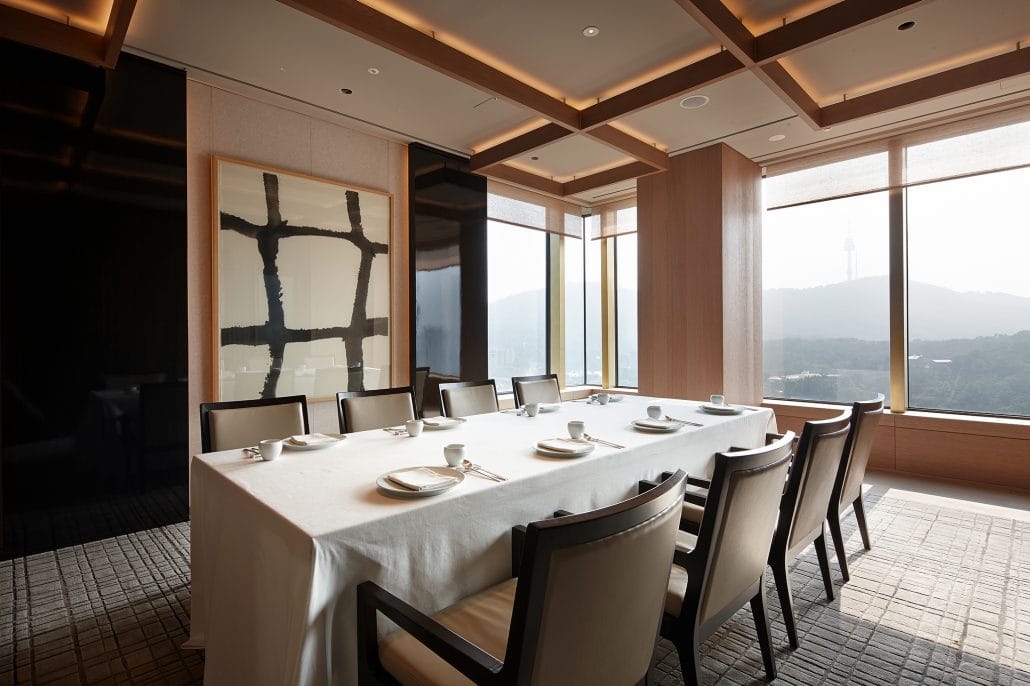 Kim currently helms the 11-member-b kitchen at La Yeon, which opened in August of 2013 to replace its now-defunct predecessor Seorabeol. From day one, Lee Bu-jin, general manager and CEO of The Shilla was set on making “tradition and authenticity” the heart and soul of the restaurant. To ensure the culinary team had only the best raw materials to work with, Lee created a special task force team that scoured the country in search of the finest seasonal ingredients they could get their hands on.

The menu at La Yeon changes every quarter reflecting the seasonal transitions.

“Korea has four distinct seasons. Once every three or four months, my team and I get together to craft a new menu based on the freshest ingredients that reflect the changing seasons. We often turn to old Korean culinary manuscripts for inspiration.” 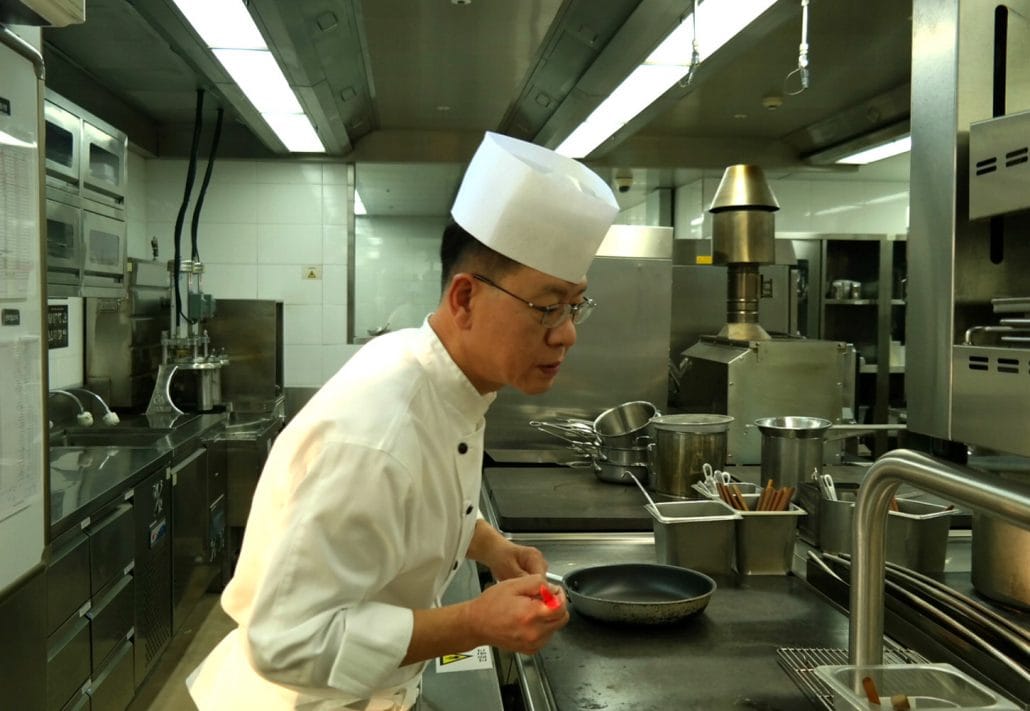 After 28 years, he says being in the kitchen still excites him. The secret to staying motivated?

“One of the things I do to motivate my staff is to hold twice-monthly workshops. I pick a theme and assign it to the team. The theme can range from different styles of traditional Korean cuisine—regional cuisine, royal court cuisine and noble cuisine—to different seasonal ingredients,” Kim explains.

Everyone is encouraged to prepare a short presentation about the history of a dish they have studied along with the stories behind it. They even recreate the dishes for their colleagues to try and assess.

“My chefs take these workshops very seriously, and they really feel the pressure to do well. Every time we share our ideas, we have long discussions about the recipes that have been presented. Those ideas often materialize on our seasonal menus; they need to be tweaked, of course, in terms of flavor and presentation, but as long as they embody the spirit of tradition and authenticity, I am open to putting them on the menu,” he adds.

Kim goes on to recommend some of La Yeon’s signature seasonal dishes.

“In the spring, we recommend the carpaccio of geoduck clams which are wonderful with their firm sweet flesh. The transitional period between spring and summer is the best season for eel, which we brush with a mild gochujang glaze and grill. Our whole young chicken soup with abalone is the ideal dish to eat during the oppressively hot summer months to replace the lost energy and vitamins. Finally, our special rice porridge made with seasonal codfish is a must in the winter; we serve it with a side of dried pollock floss and refreshing water kimchi.” 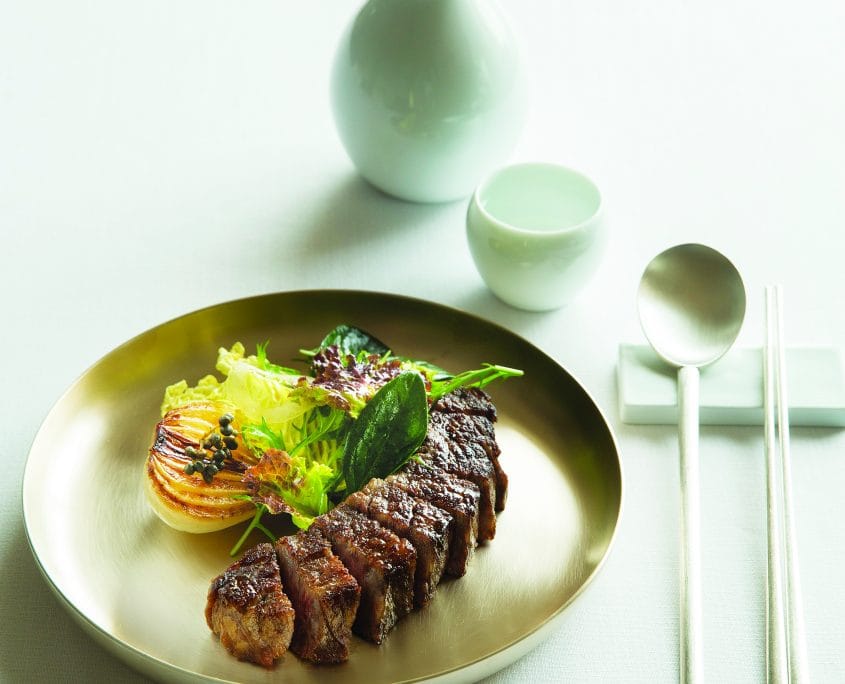 Wine pairing at La Yeon is optional but very popular among both local and foreign diners. The restaurant currently has an extensive wine collection comprising 480 labels from around the world.

“Korean cuisine can be tricky to pair with wine. Pickled vegetables and fermented sauces–hardly subtle–often constitute the backbone of a typical Korean meal. Acidity is a common flavor profile in Korean cuisine, a good example being kimchi. Sweetness is also quite common in meat marinades and sauces; Galbijjim(braised beef ribs), for instance, is typically sweet and also rich from the natural fattiness of the meat,” says Kim Hag-soo, manager and sommelier at La Yeon.

“For reds, I generally recommend old vintages from Rhône Valley that are full and aromatic with spicy dark fruits balanced by acidity and minerality. Gigondas and Châteauneuf-du-Pape Syrah, for instance, pair well with fattier meat dishes like grilled striploin, bulgogi and braised beef ribs. For vegetable and fish dishes, I recommend New Zealand Sauvignon Blancs. I would say Champagne is a safe choice to stick to as it complements most dishes,” adds Kim. A solid selection of traditional Korean liquors are also offered by the glass or half-bottle portions. 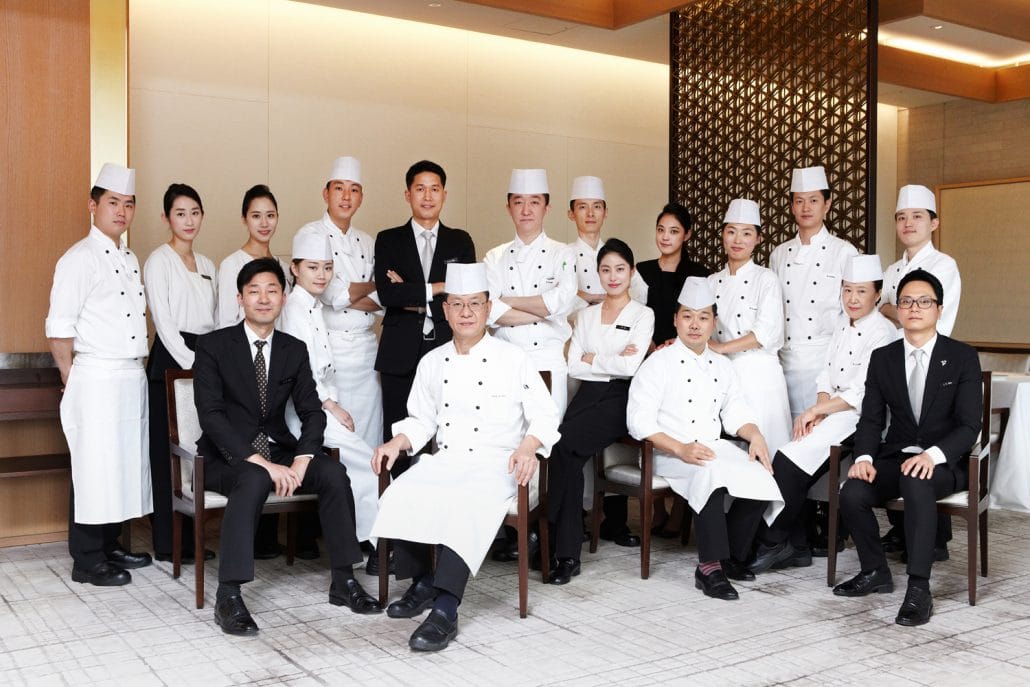 On his days off, you can find Chef Kim cycling along the Han River, getting inspirations for his next seasonal menu.

“It is when I am outdoors, away from the kitchen, that I feel the most inspired. I love the speed, I love the wind on my face and I love feeling the changing of the seasons with my whole body.”

When asked to comment on Michelin’s decision to award La Yeon with three stars, he credited his team for the achievement.

“Being awarded three Michelin Stars is the greatest honor for a chef. But, I didn’t do this alone; it is thanks to my incredibly hard-working culinary team, the beverage team, the purchasing team, the planning team and the marketing team. We owe so much to Ms. Lee Bu-jin for her passion and dedication to the research, the development and the preservation of authentic Korean cuisine.”

Kim has one advice for young chefs:

“It doesn’t matter whether you’re cooking Korean food or French food or any other food for that matter. Work hard to master the craft, be inspired by history and traditions, but live in the present and let your food show it.”