Cork is a county blessed with a bounteous larder; its rivers, coasts and fertile farmland providing excellent quality produce for its lucky inhabitants. This is the county where Ireland’s slow food movement took root and, as such, is rich with specialist artisan ingredients. Witness the English Market, in the heart of Cork City, where tables are laden with the very best produce, from organic vegetables and wonderful meats and cheeses to traditional foods like tripe and drisheen… and Kinsale in Southern Cork – the seafood capital of Ireland – where you can feast on fish freshly landed by the boats in the harbour.

Exciting things have been happening in Cork’s dining scene in recent years; its restaurants finally appearing to catch up with the county’s longheld foodie reputation. Cork received a shot of culinary adrenalin in the form of three Michelin Stars in the 2019 Michelin Guide Great Britain and Ireland, and not since the mid ‘70s – when it was holder of three of Ireland’s five Michelin Stars – has the county’s enthusiasm for fine food and dining out been at such a high.

Here’s a closer look at Cork’s restaurants, from its shiny new Michelin Stars to its Bib Gourmands and Michelin Plates: 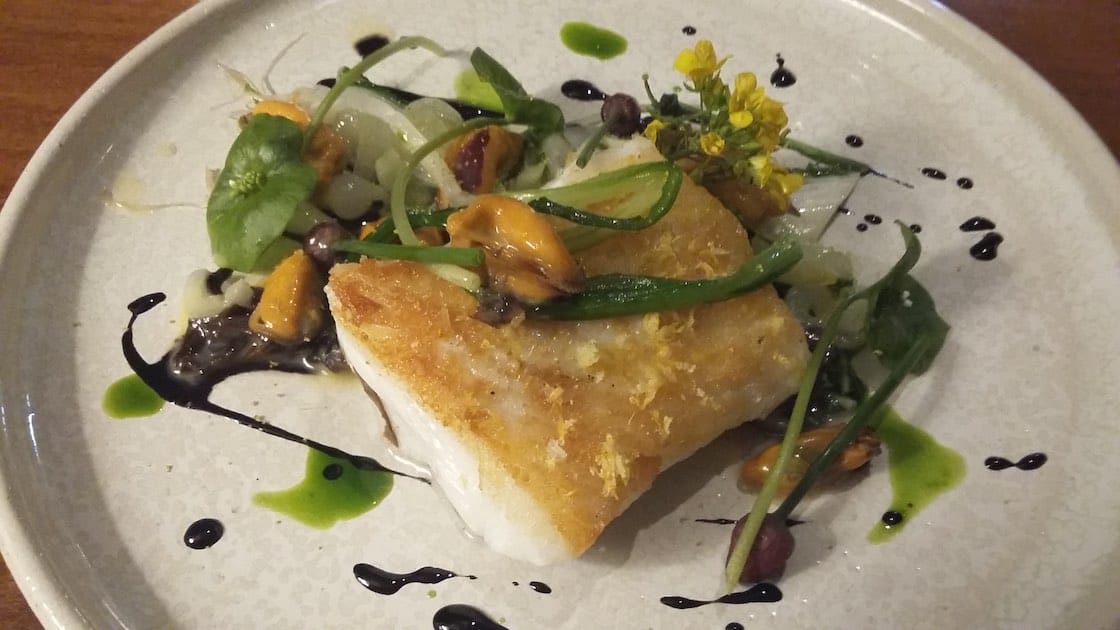 Chestnut in Ballydehob
Son of famous charcutier, Frank, Rob Krawczyk grew up in Schull, West Cork. Having travelled the world, Rob returned to his roots, knowing that he could rely on the area’s suppliers for the quality produce he needed to cook his understated style of dishes with their focus on pure, natural flavours. He and his partner Elaine have transformed a rundown old pub into a sweet, intimate restaurant and Rob plans his menus around the best ingredients available from local suppliers.

Mews in Baltimore
Having originally searched for a venue in Dublin, where rents were too high, owners Robert Collender and James Ellis were astounded at the quality of seasonal produce to be found in County Cork. Talented chef Ahmet Dede uses this produce to full effect, selecting the very best ingredients and bringing out their natural flavours; fish is from the harbour 20 yards away, meat is from the surrounding hills, and vegetables come from just down the road, with local herbs and seaweed often featuring too.

Ichigo Ichie in Cork
County Cork ingredients – including supreme quality fish and shellfish – are cleverly balanced with time-honoured Japanese techniques by chef-owner Takashi Miyazaki, who spent three years tempting the taste buds of Cork diners with his Japanese takeaway before eventually opening this smart restaurant in the heart of the city. A lucky few get to sit at the small five-seater counter to watch sushi master Miyazaki’s deft preparation close up; the restaurant’s name means ‘once in a lifetime’ and it’s definitely that kind of experience. 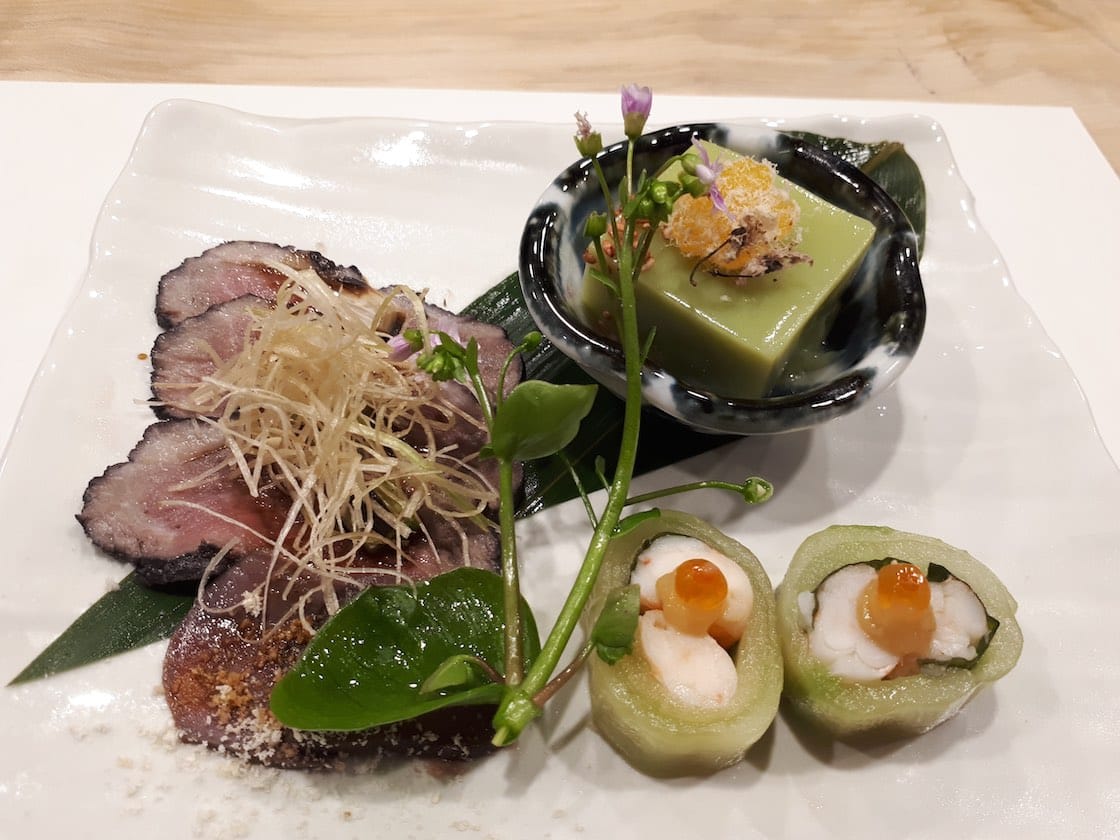 Dillon’s, Timoleague
This homely former pub, run by young couple Richard Milnes and Valeria Ventura, was newly awarded a Bib Gourmand in the 2019 Michelin Guide. Its eye-catching dishes make good use of local ingredients, many of which are grown in the garden – including some rather wonderful purple sprouting broccoli.

Bastion, Kinsale
Like Dillon’s, this small wine-bar-cum-bistro is run by a keen young couple, Paul McDonald and Helen Noonan. It has held a Bib Gourmand since 2016 and its modern cooking makes use of the superb regional produce in full-flavoured, carefully prepared dishes with innovative touches. 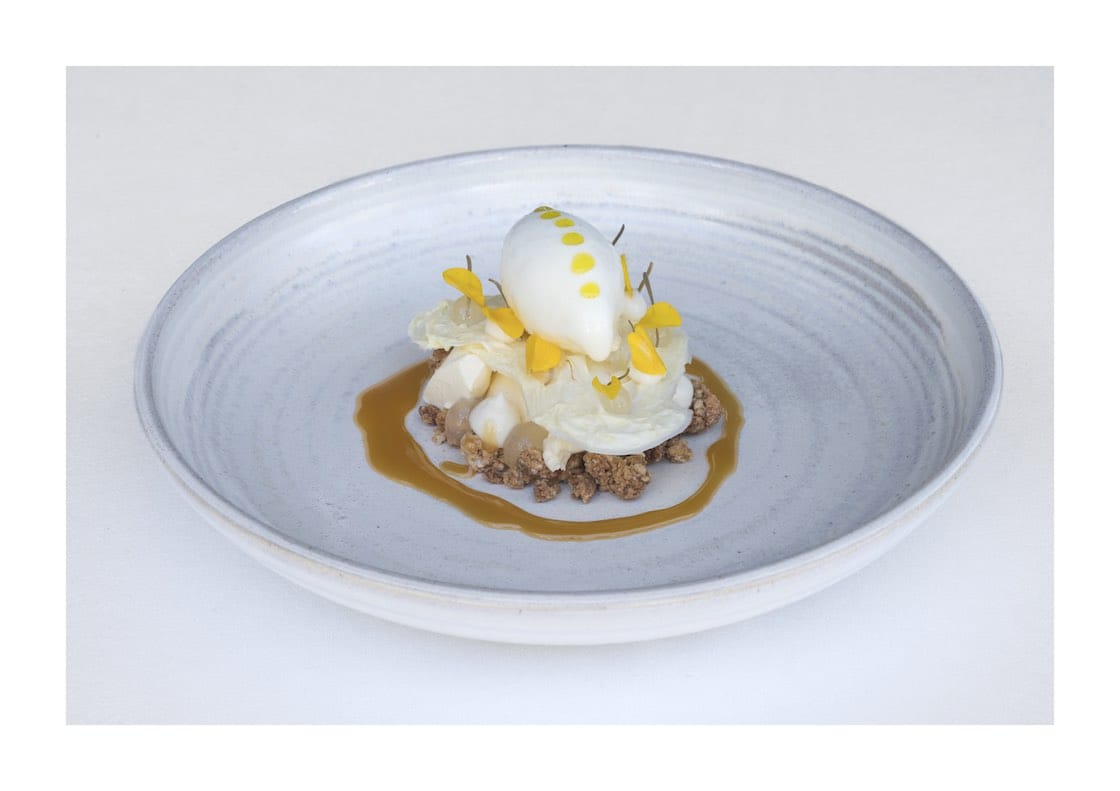 Poachers, Bandon
Local seafood is the star of the show at this cosy pub

O’Connors, Bantry
Harbourside bistro, with a focus on seafood

Greenes, Cork
Formal yet friendly, with a local chef

Perrotts, Cork
A modern take on brasserie classics in a luxurious country house

Farmgate Restaurant & Country Store, Midleton
A foodstore, bakery and restaurant in one

Sage, Midleton
Ingredients sourced from within a twelve mile radius

Changes GB&I
All articles of Features