Chef Tsang Chiu King has showcased his brand of Cantonese cuisine all around the world — from the alpine heights of Switzerland to the glitzy kitchens of Australia and mainland China — but for his latest project, the veteran Cantonese chef has set his sights right where he began.

Tsang, by now a familiar visage among Hong Kong media and the city’s culinary elite, made a recent return to the city as the culinary director of Ming Court Wanchai, a Cantonese fine dining restaurant opened by the Langham Hospitality Group in late January.

“The best place to master Cantonese cuisine and pass it on to the next generation, to me, is still Hong Kong,” says Tsang. 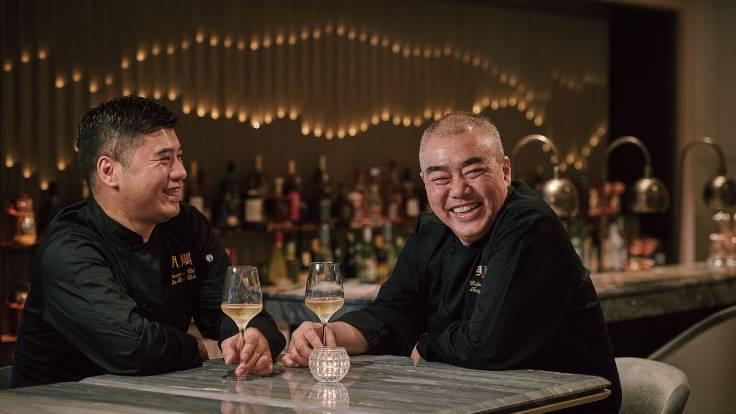 The move is a widely celebrated homecoming for Tsang, an industry veteran of 43 years who rose to prominence in the kitchen of sister restaurant, one-MICHELIN-starred Ming Court Mongkok.

Tsang joined the restaurant in 2004, “when it was still a construction site” and led the restaurant for nine years. Under his helm, the restaurant received one MICHELIN star within its first year of operations, followed by its second star the next year, a distinction Ming Court retained for four consecutive years.

“I remember being asked by a reporter back then if I felt any pressure,” he says. “I told her, there's definitely pressure, but we use the pressure as motivation.” 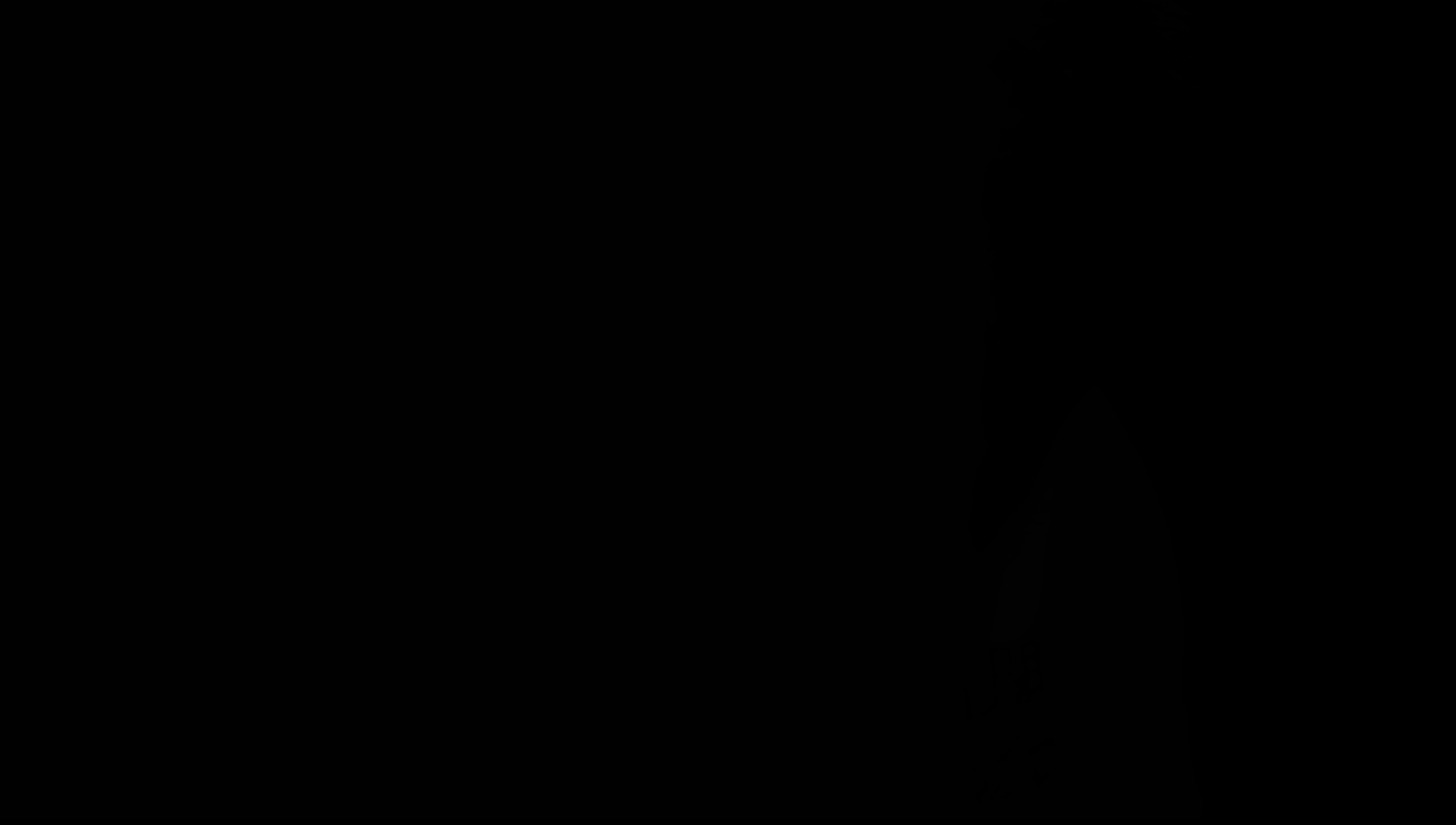 At the new Ming Court Wanchai, chef Tsang teams up with disciple and the restaurant's executive chef, Chan Hon-Cheong, to lead their brigade of young chefs in delivering the innovative touches on Cantonese cuisine that Tsang has come to be known for. Perennially popular Ming Court signature dishes have been brought over to the Wan Chai branch’s menu, alongside new creations such as Sauteed Tiger Prawn Slices With Asparagus as as well as Steamed Scallops Stuffed With Minced Shrimp And Crab Roe. 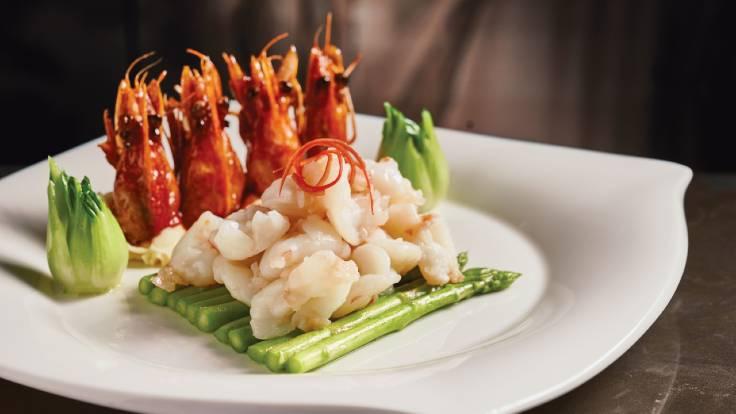 Tsang says he is particularly proud of three new features he has introduced in Ming Court Wanchai. One of the restaurant’s seven private dining rooms — each one named after famous Chinese teas such as Pu’er and Longjing — is a Chef's Table. Drawing from the chef’s table concept found in many Western restaurants, this unique space features a large glass window set between the 8 to 10-seat dining space and the restaurant’s buzzing kitchen, through which diners can enjoy a spot of dinner theatrics as Tsang’s team of skilled chefs deftly fire up their woks. Tsang and his chefs will subsequently appear table-side to personally present every dish and explain the thought process that goes into every detail. 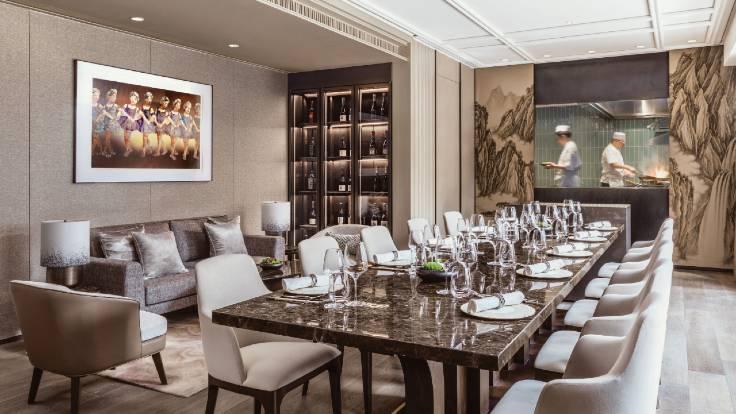 A large glass window in the private room allows diners to take in the buzz of the kitchen action. (Photo: Ming Court Wanchai)

To cater to the bustling Wan Chai district and its younger working crowd, a slick cocktail bar takes pride of place by the restaurant’s entrance, where mixologists shake up a plinth of Asian spirits and tea-based cocktails specially concocted to pair with Ming Court’s fun Chinese tapas (pictured below) and fine Cantonese food. 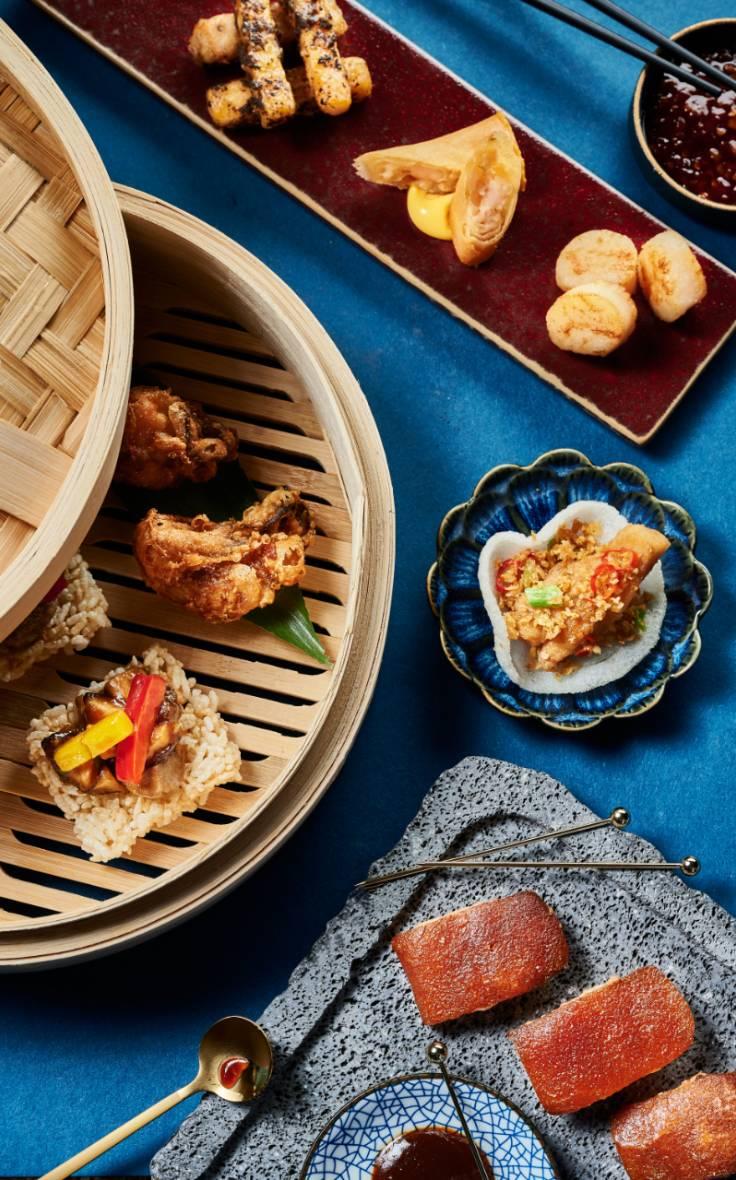 Finally, the restaurant has partnered with sustainable dining movement Green Monday to launch a menu with dishes made from Omnipork, a made-in-Hong Kong plant-based pork alternative, to give vegetarian and health-conscious diners more options.

With the transformation currently taking place in Wan Chai, including new transportation connections such as the Shatin to Central Link, the opening of new food and beverage offerings in the area, the Langham Hospitality Group felt it was the right time to open a new Ming Court to introduce new experiences in and around the Great Eagle Centre, said Howard Lam, the group’s global director of Chinese cuisine.

“True innovation is not easy”, says Tsang, who has been introducing Western ingredients into the Cantonese larder throughout his career, long before it became trendy to do so.

“You can create something new for the sake of creating by putting two different ingredients together, but getting people to accept it is difficult.”

At Ming Court Wanchai, the globetrotting chef and his team still adhere firmly to traditional Cantonese cooking techniques when introducing new elements and flavours, Tsang says, in order to retain the original flavours and freshness of the ingredients. “This is what makes Cantonese cuisine special.”

On his decision to return home to roost after seven years of working overseas, the self-professed born-and-bred Hong Konger says: “My heart was always with Hong Kong.”

“I missed everything about Hong Kong, from the food to my family. Ultimately, Hong Kong is where my roots lie.”

And now that he is home again, Tsang says he has no intention of leaving.

“It has authentic ingredients. It has diners who truly appreciate traditional Cantonese cuisine. And most importantly, it is where I can find the next generation of chefs who can pass on everything that I have learnt,” he says. “Hong Kong is where I can have full mastery of my craft.”

Seafood Bib Gourmand Hong Kong
All articles of Dining Out