Hong Kong’s food culture is a unique blend of culinary delights with local characteristics. From yum cha (Cantonese-style brunch) to dai pai dongs (open-air food stalls) and cha chaan tengs (Hong Kong-style cafés), the city's diverse food traditions are known for their ingenuity and humble origin. This is especially true for poon choi, a walled village (“wai tseun” in Cantonese) dish associated with the early settlers of the New Territories.

The origin of poon choi

Legend has it that Emperor Bing of the Song Dynasty (960 to 1279 AD) took refuge in a village in the New Territories, so the local villagers went out of their way to collect the best food they could find. But due to the lack of containers, they gathered wooden basins from every household and served food in them instead. 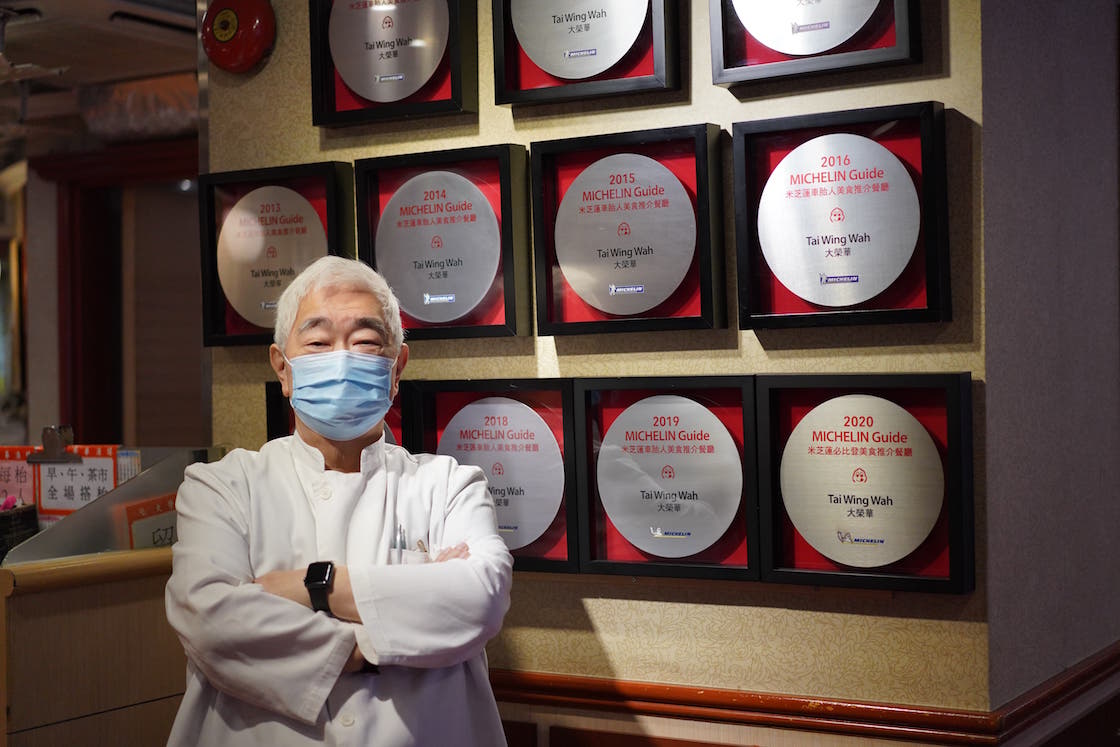 However, chef Leung Man-To (lovingly called “To To”), the executive director of Bib Gourmand restaurant Tai Wing Wah in Yuen Long, argues that the folklore is faulty. “The saying that the villagers used wooden basins to serve the emperor doesn’t make sense. Wooden basins in those days were used for bathing feet, so it would have been incredibly disrespectful to serve the emperor food in them.” According to Leung, the other version of the origin of poon choi is more believable.

The story from the descendants of the Wen family from Sun Tin village goes like this: Wen Tianxiang, a Chinese poet and politician of the Song Dynasty, was chased by the Yuan soldiers until his boat docked at Gushu, a place in a district called Xixiang in what is now known as Shenzhen. The fishermen fed him and his troop with radish, dried eel, pig skin, squid, pork and bean curd—the six original ingredients that are still used in poon choi today. "This version makes more sense because wooden basins are the only ones that float on the water so it’s something the fisherman would use to serve the emperor," says Leung, adding that a Wen family poem, “Crossing the Ling Ding River”《過零丁洋》, mentions this event.

READ MORE: Lunar New Year 2021: Food Traditions Around Asia And The MICHELIN Restaurants That Serve Them

No matter which version of the origin of poon choi is true, the tradition of poon choi, which literally means “basin cuisine”, has been kept for over 700 years. A large dish portioned to feed eight people per table (called 八仙桌, or the “Eight Immortals table”), poon choi is served during special celebrations such as weddings, ancestor worship and festivals like Chinese New Year. Poon choi usually contains layers of ingredients prepared and cooked separately, sometimes days in advance. Root vegetables and sponge-like foods like pig skin are placed at the bottom of the basin to absorb all the juices and from the ingredients above them. The most prized items, such as abalone, roasted duck, prawns and oysters, are displayed on top. 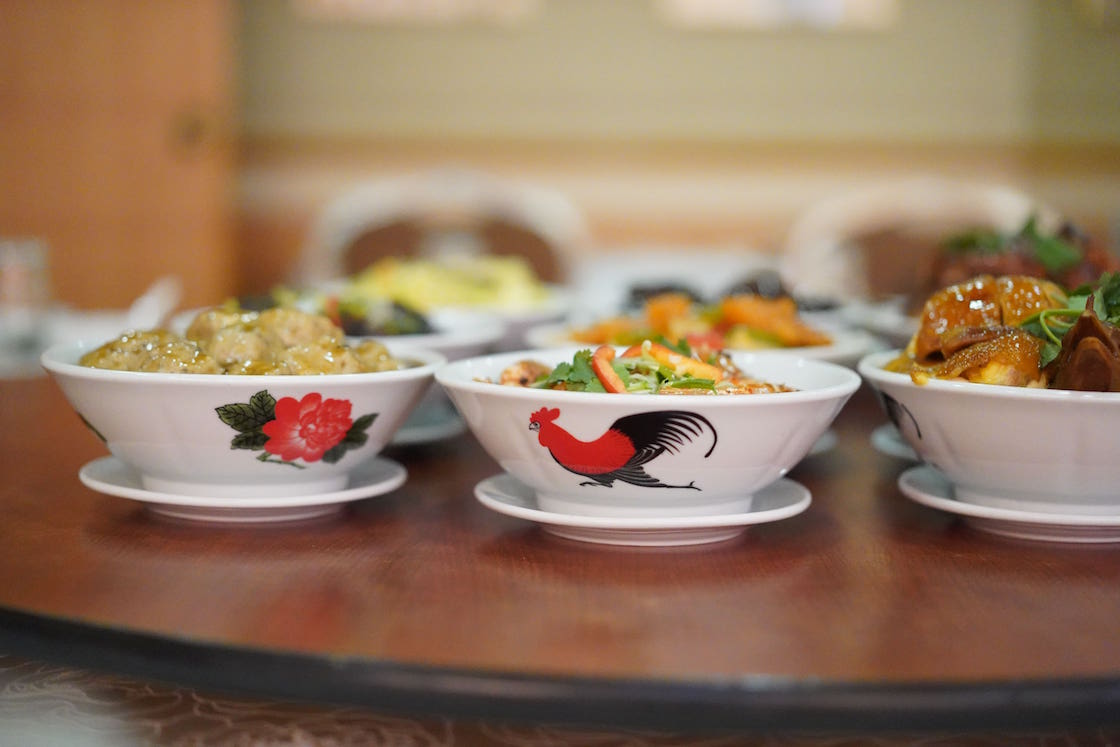 The evolution of poon choi

“To put it simply, the nine-dish banquet was born after poon choi,” says Leung. To suit changing tastes throughout the years, alterations have been made to the original recipe. The first change happened when some villagers added a white amur bream on top of the poon choi. “They felt that the original dish lacked fattiness, so they chose the fish for its fatty belly."

Then the second change came about when the wealthy families of the walled villages thought that the original poon choi was not sumptuous enough, so they decided to add valuable ingredients like abalone, oysters, dried mushrooms, chicken and roasted duck (㶧鴨) to make the dish more premium. 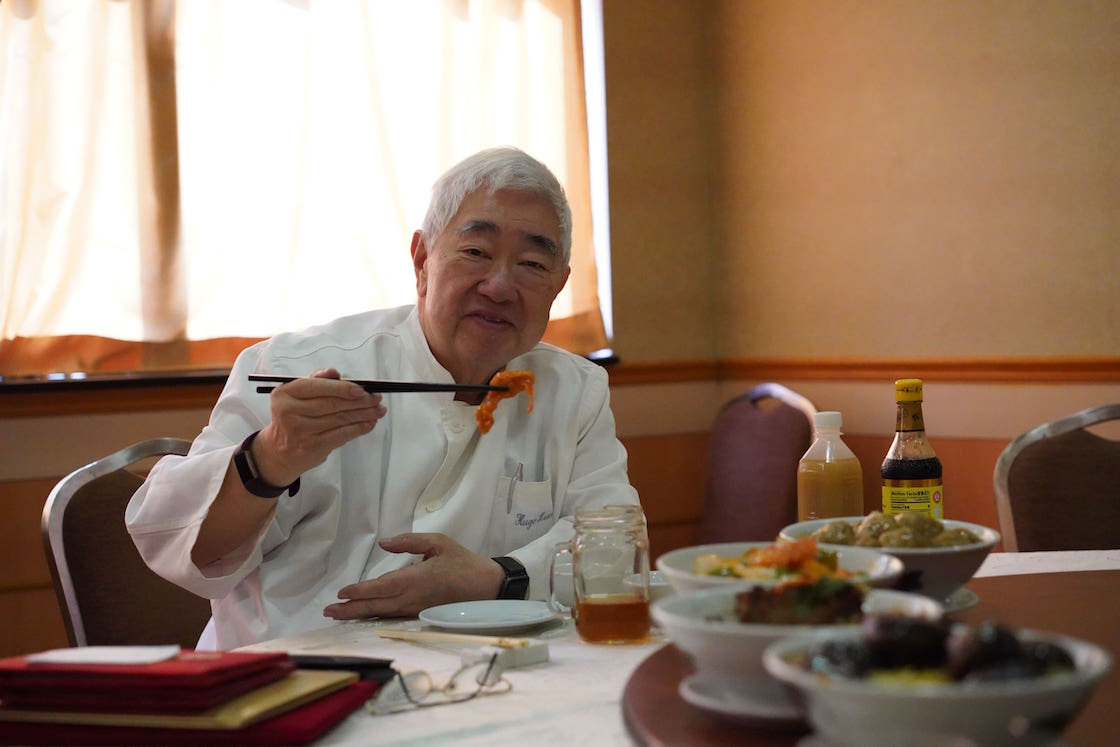 While the ingredients served in poon choi keep evolving, the presentation of poon choi has also become more varied. In some Hakka walled villages, poon choi is also called “2 chams and 4 poots” (兩杉四缽). Both “cham” and “poot” are names of containers—the two “chams” refer to the two big plates that contain the six original ingredients, namely white radish, pig skin, squid, pork, dried eel and bean curd; while the four “poots” refers to the bowls for other dishes.

It is said that the Tang clan, one of the more affluent original clans in Ping Shan village, started to separate chicken, duck, and pork—foods that were considered delicacies at that time—from poon choi to create "gau daai gwai". A homonym for "longevity", the number 9 ("gau" in Cantonese) also suggests abundance. Fitting for a banquet of the rich.

There are no set rules on what the nine dishes are, but the most common ingredients include—but certainly not limited to—pork, chicken, oyster, fish maw, sea cucumber, dried mushroom, lotus root, pig skin, white radish, and bamboo shoot. 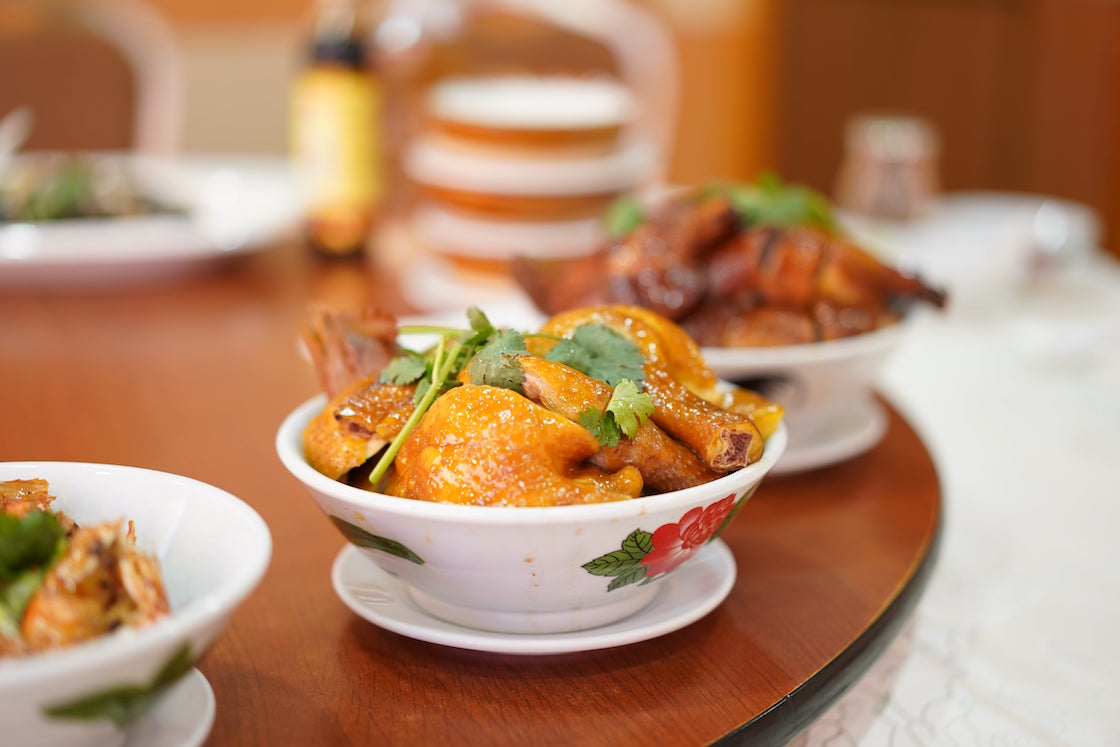 The future of poon choi

“Both poon choi and walled village cuisine are here to stay,” Leung remarks. “Today, poon choi is no longer confined to walled villages. “Gau daai gwai” is a more refined way of enjoying poon choi, which we serve at all three branches of Tai Wing Wah (in Wan Chai, Kowloon Bay and Yuen Long) to make this walled village dining culture more accessible to Hongkongers. I’m not worried about the future of walled village cuisine either. It’s well-accepted by many people because it's affordable, simple, yet incredibly delicious. You don’t need to break your wallet to enjoy walledvillage foods.”

The same can be said about Tai Wing Wah, and its promise to deliver the most authentic flavours of the wall village culture, one poon choi at a time.

READ MORE: A Look Back at 12 years of the MICHELIN Guide Hong Kong Macau