Food is far more than what’s on your plate. Every ingredient has a history, a story of how it came to be. Food and drink museums are where that history comes alive. There are hundreds of them globally and they range from food and culture generalists to institutions dedicated to single-ingredient subjects like mustard or kimchi.

Here are six food and drink museum picks to consider for your next gastronomic adventure.

After Nestlé’s HQ moved out of this grand Neoclassical building in 1979, the pale yellow limestone edifice sat empty until 1985, when the company opened Alimentarium, which claims to be the world’s first food museum. The Alimentarium sits right on Lake Geneva and the garden—its vegetables and herbs are used by the museum’s chefs—overlooks gently lapping water. Through interactive exhibits, Alimentarium’s permanent installation looks broadly at what food is, what’s eaten around the world, the food chain from farm to table, and how what you choose to eat impacts global health. Temporary exhibitions like Beurk! Yuck! Igitt! take a light-hearted look at “the foods we love to hate.” Games, workshops, and cooking classes make this a welcoming space for kids. 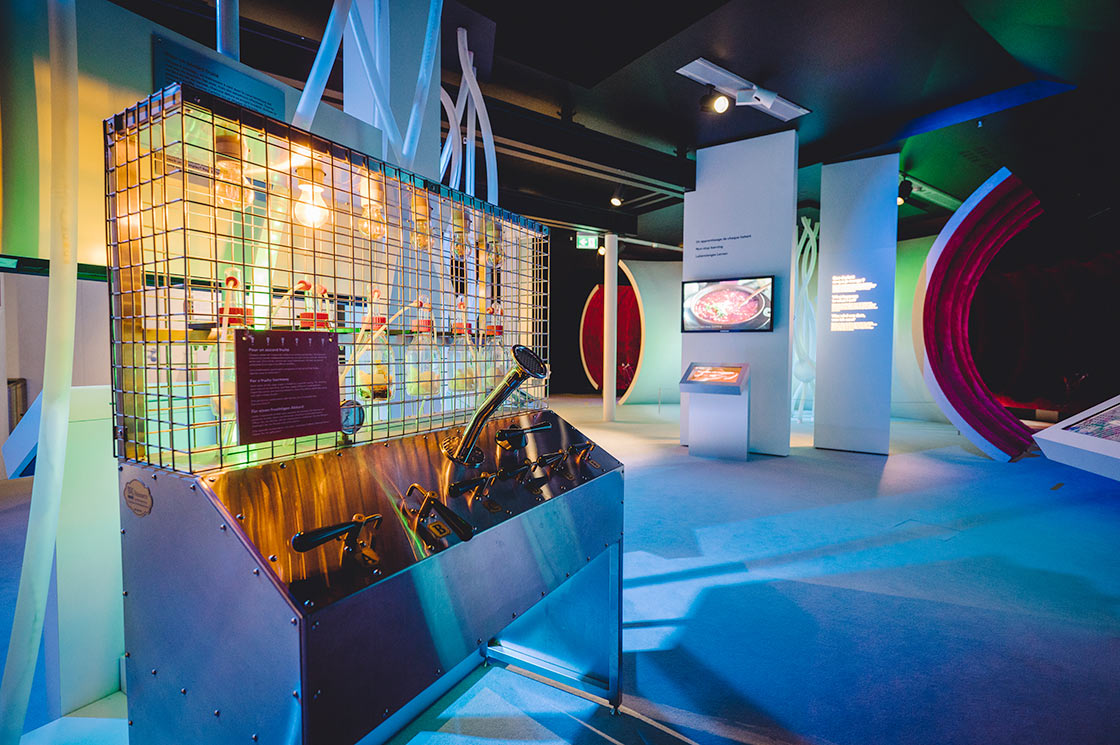 In a strikingly gilded, serpentine building in northern Bordeaux is this temple to wine, where touchscreens and a paired audio guide take you deep into the world of wine. France is world-renowned for its wine, and Bordeaux is the country’s biggest wine region, but the story of wine begins more than 4,700km from Bordeaux, in the Caucasus. How did grapes make their way across the Mediterranean and Europe? How is wine grown (and consumed) around the world, from Cape Town to California? What should you serve with your Bordeaux wine of choice? Find out the answers as you work your way up to the 7th-floor Le 7 Restaurant Panoramique or the 8th floor observation deck, both with panoramic views of Bordeaux. 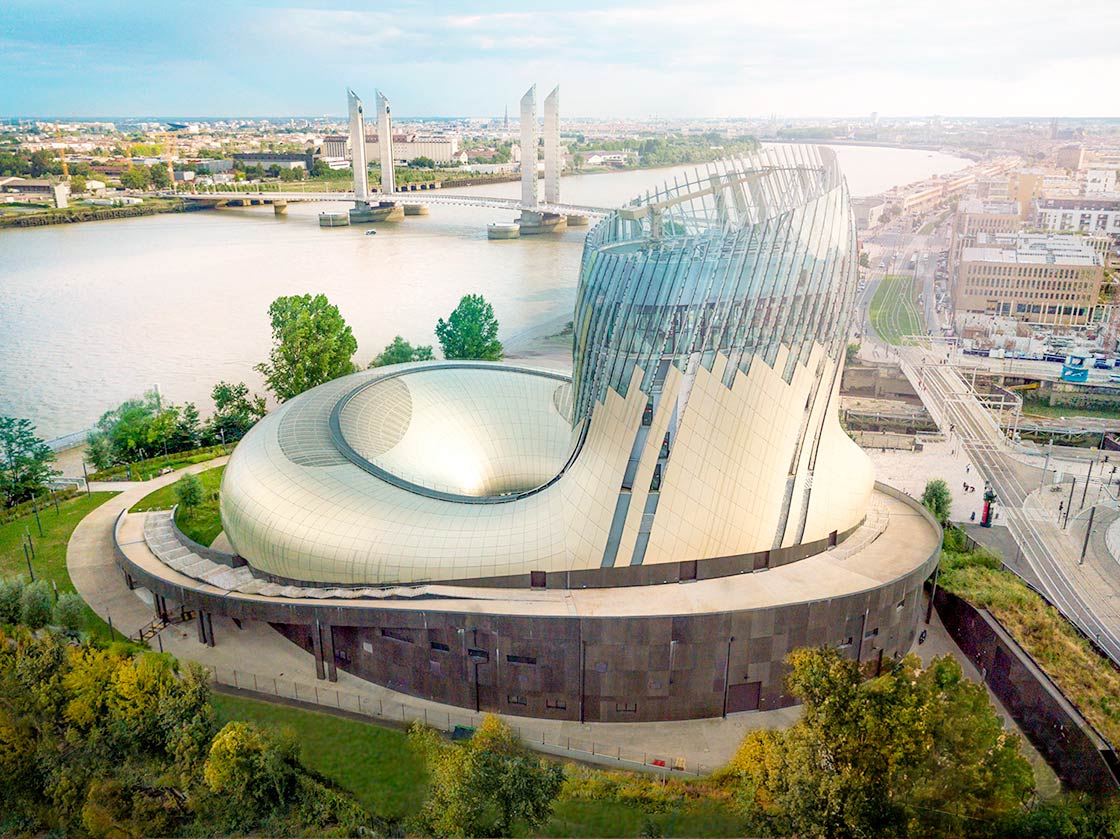 Is there a global convenience food more iconic than Cup Noodles? Learn about the history of instant ramen and Cup Noodles inventor Momofuku Ando (after whom David Chang’s restaurant empire is named) at one of two museums, in Osaka and Yokohama. They’re wonderfully interactive, with workshops in which you can create bespoke Cup Noodles—down to flavor and label design—and make your own instant ramen from scratch. The museum’s food court, Night Bazaar, is designed to look and sound like a hawker center where you can slurp noodles from eight countries, including Italy, Korea, and Malaysia. This is a fantastic museum for kids; beyond the workshops is a playground called Cup Noodles Park, where kids can pretend to work in a noodle factory. 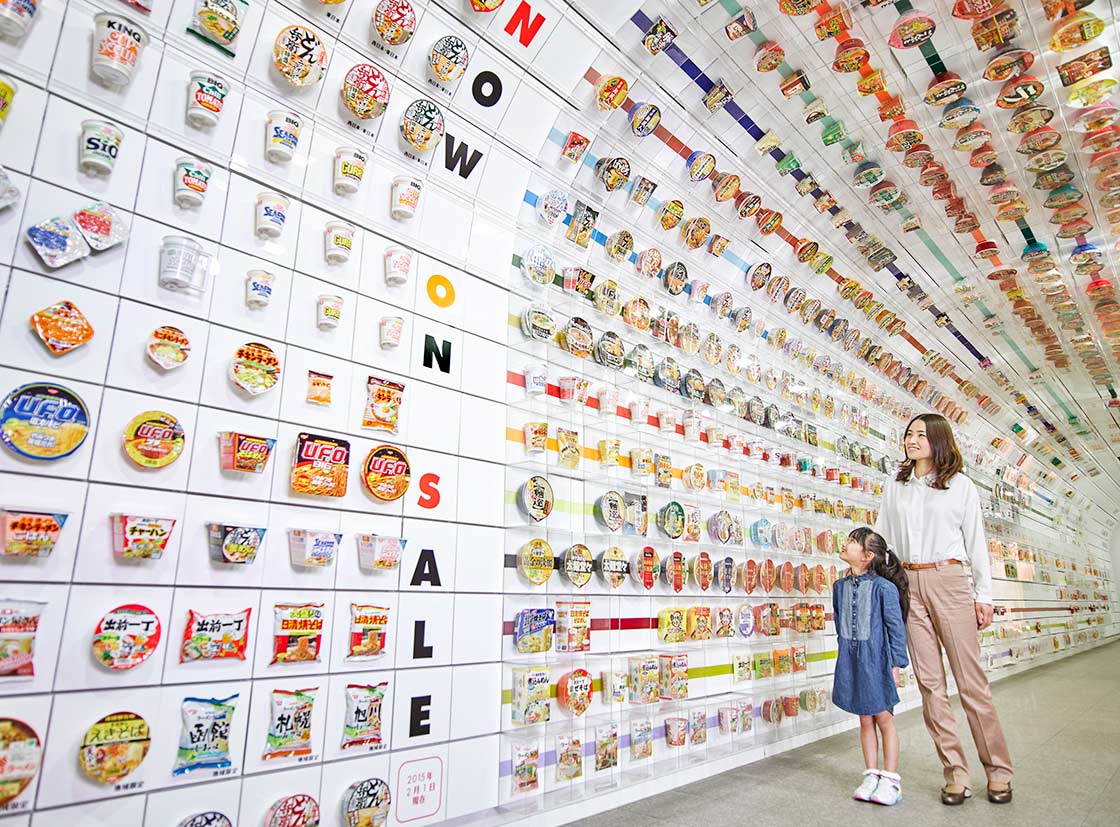 Potatoes are so integral to Belgian cuisine that, when faced with a surplus earlier this year, the potato industry group Belgapom asked Belgians to eat more frites to avoid potatoes going to waste. If a double portion of chips sounds like your kind of civic duty, pay a visit to Frietmuseum in Bruges, the world’s first (and only) museum dedicated to the frite. The museum is housed in a beautiful late 14th-century Gothic building. This is one of the oldest buildings in the UNESCO-listed historic center of Bruges. Learn the 10,000-year-history of the humble potato and its journey from Peru to Belgium, how French fries are made and what makes Belgian frites or frieten, and then eat a few hot out of the fryer. Follow salty with sweet at Choco-Story Brugge around the corner, a chocolate museum by Frietsmuseum’s same food-loving father and son pair, Cédric and Eddy Van Belle. 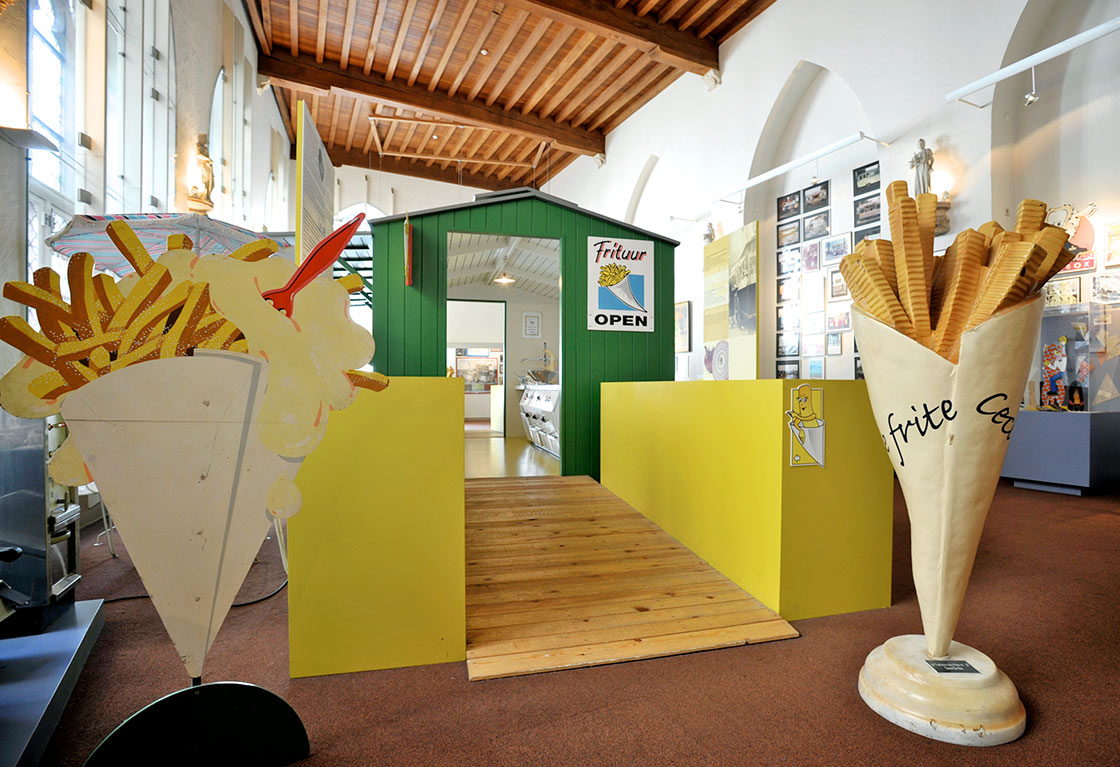 This collection of seven museums outside central Parma pays homage to essential elements of Italian cuisine from the region of Emilia-Romagna: tomatoes, pasta, Parmigiano-Reggiano, Felino salami, Parma ham (prosciutto), Culatello di Zibello (the lesser-known cousin of Parma ham) and wine (the organization hopes to open a porcini mushroom museum next year). The museum’s exhibitions all follow the same format: history of the product, tools used to grow/make/cook with it, its place in art, and how it's used today. The history sections provide fun tidbits: tomatoes came to Italy from Peru and Ecuador in the mid-16th century by way of Spanish conquistadors; wine, tomatoes, and salami were favorite subjects of still life paintings; in the 15th century, an 18kg wheel of Parmigiano-Reggiano required milk from up to 50 cows. The pasta and tomato museums are together; the others are dotted south and northwest of the city center. Don’t worry that olive oil’s gotten the shaft; it isn’t part of the Musei del Ceibo, but there is an olive oil museum 15 minutes’ drive from the Parmesan museum. 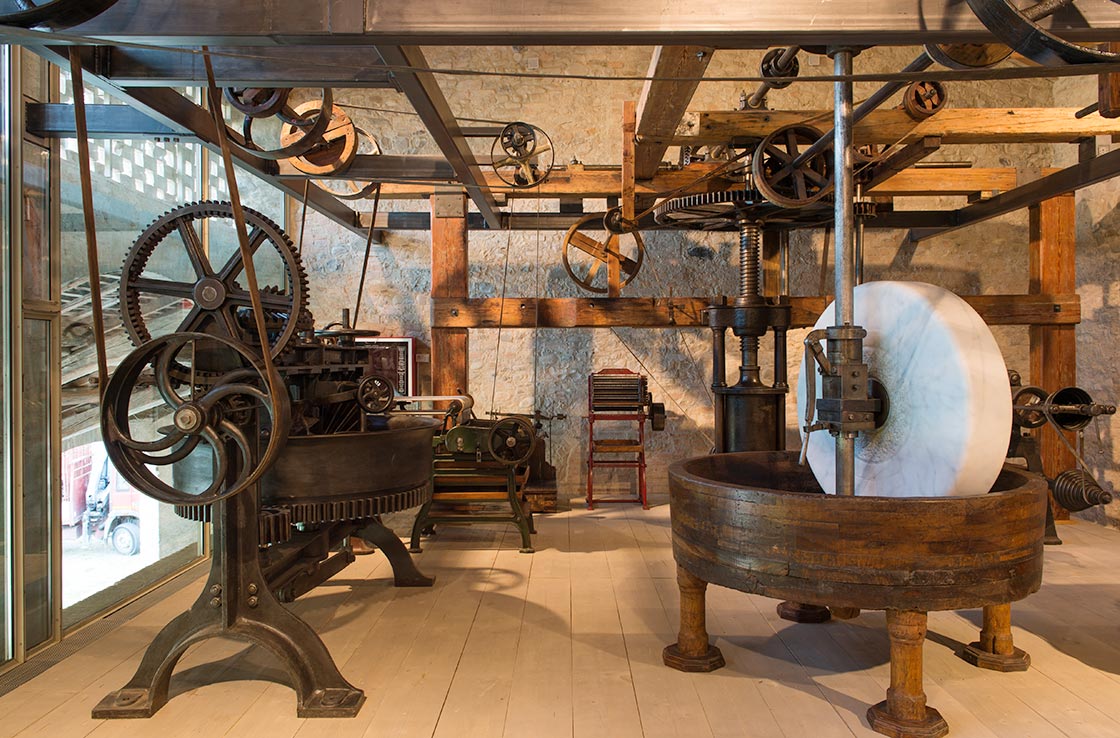 The culinary history of the American South is explored at this New Orleans museum, where colorful exhibits showcase how southern American cuisine evolved from African, Caribbean, and European traditions. Exhibits past and present include the thoroughly detailed Creative Kitchen of Al Copeland, founder of Popeyes; Red Bean City, which explains how red beans and rice came to be an iconic Louisiana Creole dish; and Gallery of the South: States of Taste, a deep dive into the foodways and food of southern American states. Adult and kids’ cooking classes and other events are held regularly (NB: the museum is temporarily due to Hurricane Laura. As it re-opens, check the event calendar as the schedule is lighter than it normally is due to Covid-19). 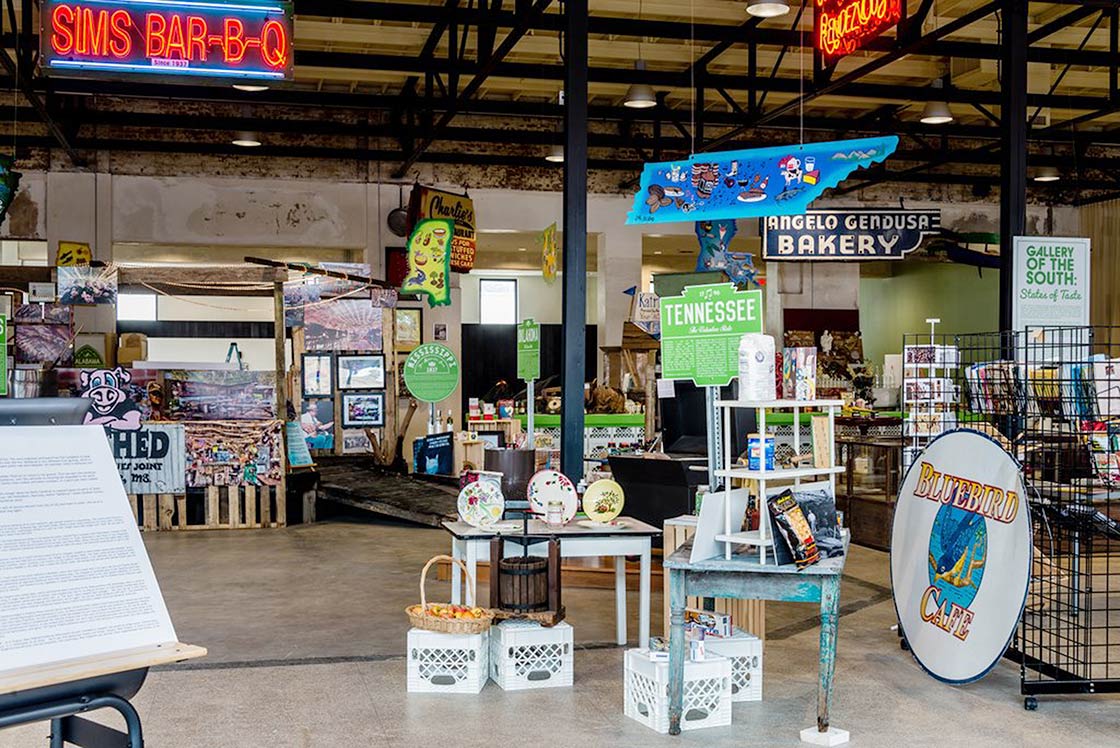