Bangkok, along with Singapore, Shanghai, Seoul, Hong Kong, Kyoto, Osaka and Tokyo has long been referred to as one of the major dining capitals in Asia.

The vibrant capital city of Thailand offers a wide array of delicious offerings that run the gamut from casual street food to fine-dining creations by renowned local and foreign celebrity chefs.

With the support of the Thai Tourism Authority, the MICHELIN Guide Bangkok will showcase the best of Bangkok’s food offerings via three interconnected channels:

We'll let you in on a little fact not everyone realises: there is no such thing as a Michelin-starred chef.

The MICHELIN Guide awards stars to restaurants based on the quality of the food they serve, and not to individuals. Rightfully too, as world-class meals are often the collective efforts of an entire kitchen team, and not one man (or woman) alone.

The guide is updated annually and restaurants can lose their stars if they close during the year of assessment, or if they do not maintain their standards over the year.

Conversely, a restaurant does not instantly lose its stars even if its head chef decides to leave halfway through the year and is replaced by a new chef.

Myth 2: The MICHELIN Guide does not rate a restaurant's service standards

While it is true that stars are awarded to restaurants based on the quality of their food alone, there is more to the MICHELIN Guide rankings than its coveted stars.

The MICHELIN Guide’s team of restaurant inspectors recognise that a restaurant’s ambience and the attentiveness of its wait staff contribute as much to a comfortable dining experience as the food being served.

As such, there’s a separate category of “covers” (or couverts in French) - represented by the fork and knife symbol for restaurants and the pavilion symbol for hotels - to indicate the comfort and quality of a rated establishment. 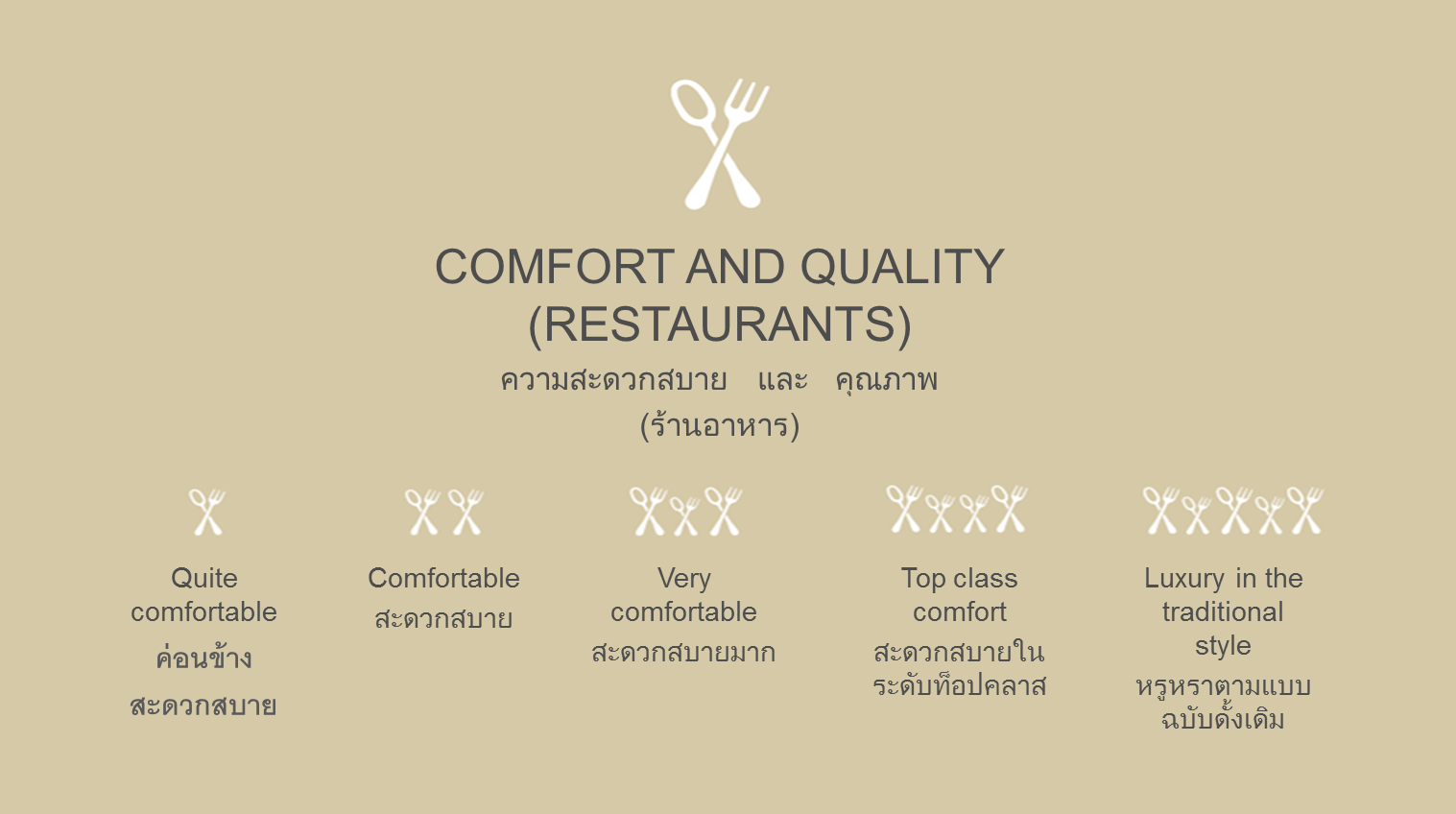 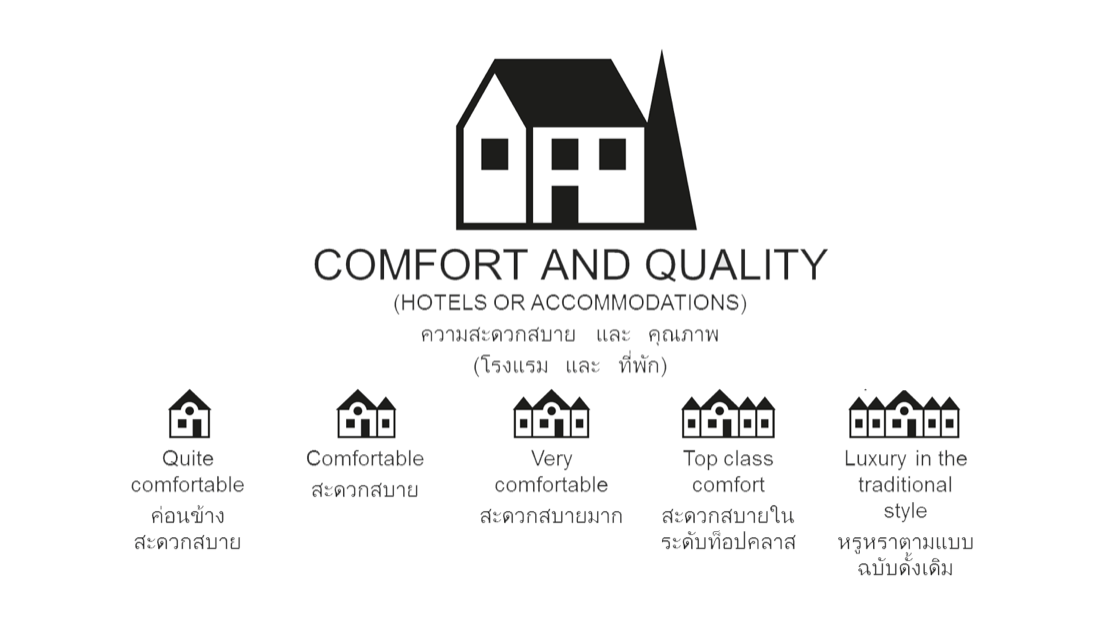 Myth 3: The MICHELIN Guide is biased towards French cooking

The MICHELIN Guide has a stable of inspectors who are full-time employees; they are responsible for rating over 40,000 hotels and restaurants in over 25 countries across four continents. Many of them have studied in the best hospitality schools in the world, live in different continents and have an open mind towards cuisines from every culture.

As such, the guide celebrates local food variance too - and this is reflected in the wide repertoire of symbols it uses. In territories such as Spain, noteworthy tapas bars have an additional wine and toothpick symbol on their listings, while quality pubs in the UK/Ireland guide are marked with a beer mug symbol.

This is one bargain-savvy Thais will be happy to hear: the MICHELIN Guide isn’t always about white table cloths and polished crystal glasses.

To cater to food hunters seeking a satisfying meal without breaking the bank (and who isn’t one?), the Bib Gourmand category introduced in 1955 recognises establishments who provide a stellar three-course meal for a moderate price. This is capped at 36€ for restaurants in France, Spain and Italy, 37€ for restaurants in Belgium, The Netherlands and Germany, 28 pounds for the UK/Ireland guide, US$40 in American cities, HK300 in Hong Kong and Y5,000 in Tokyo.

In the most recent edition of the 2016 Paris Guide, the MICHELIN Guide also debuted a brand new category in the guide, L’Assiette, or The Plate in English, which recognises restaurants that serve “a good, simple meal”, but which haven’t been awarded stars or bibs.

Route to the Stars Terms & Conditions 1. There is no entrance fee and purchase necessary to enter all 6 campaigns. 2. The campaigns are open to ...

MICHELIN Guide Thailand Thailand, along with Singapore, China, Hong Kong, Taiwan, Korea and Japan has long been referred to as a major dining ...

Stay up-to-date on best restaurants, lifestyle, and events in Thailand and around the world. ติดตามข่าวสารเกี่ยวกับร้านอาหารที่ดีที่สุด ไลฟ์สไตล์ ...

What The MICHELIN Guide's Symbols Mean

You may have heard of Michelin's unique restaurant rating system, but how much do you really know what the coveted MICHELIN stars stand for? Here's a...

MICHELIN Inspectors Food trends, cooking techniques and dining scenes come and go, but over a century, the MICHELIN Guide has held firm on its ...