The Bled castle, set on a green island in the middle of a bright blue lake, needs no introduction. Yet few travellers are aware that Radovljica, one of the cutest old cities of Alpine Slovenia and a renowned center for local gastronomy, is merely a ten-minute drive from the world-famous castle. Chocolate and bee products are the local specialties of this charming medieval town.

Trained at the same school for hospitality, Marcela Klofutar and Uroš Štefelin decided to join forces at Vila Podvin, a charming hotel and restaurant located north of the village of Mošnje, near Radovljica. The former stables, turned into a restaurant in 1968, are now host to a one Michelin star kitchen operated by Chef Uroš, while Marcela orchestrates the whole estate.

« I’m the mind of the establishment, and Uroš is the heart », she says as she tours us around the elegant garden of Vila Podvin. Suddenly, she points at a beautiful, large manor house. All of its lights are eerily off in the late summer night. Once the gem of the estate, the Podvin Castle dates back to the 14th century and was the property of the Counts of Podvin; its last private owners were the French aristocratic family of Polignac. Under Yugoslavian socialist rule, the castle was used as a hotel and a diplomatic venue. After Slovenia won its independence in 1990, the Slovenian Constitution was written at the estate. Since its last hotel managers departed, the Podvin Castle has been sitting silent and empty, and Marcela Klofutar dreams of extending her business to its premises. 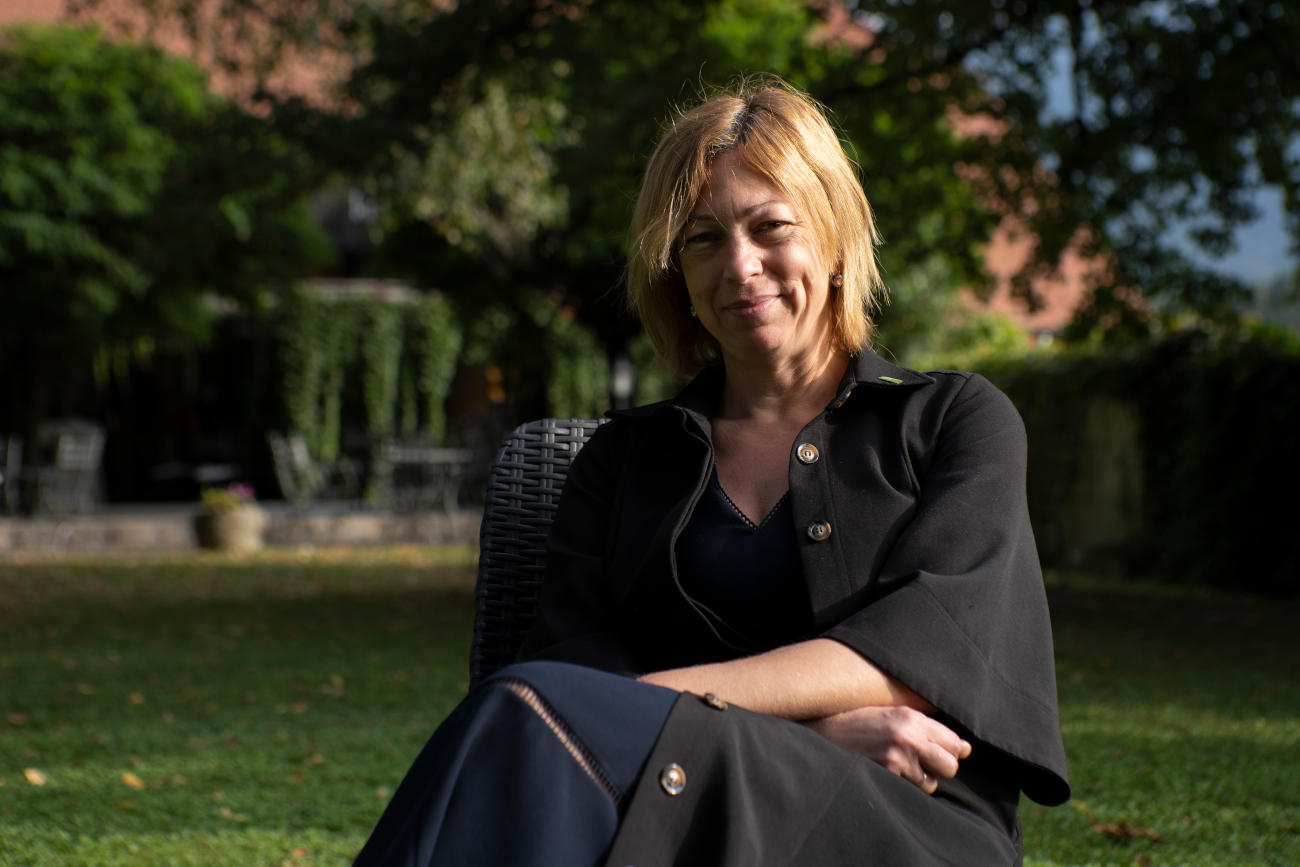 The vibrant, resourceful entrepreneur is always bursting with creative ideas when it comes to gastronomy, events and local community. All of the stoneware used at Vila Podvin’s restaurant is handmade by the members of the Radovljica Centre for Training, Work and Care (CUDV), an organization which helps people with mental and physical handicaps to be an active part of the local community. Marcela also holds arts and crafts markets on the villa’s premises, and Vila Podvin is at the forefront of Taste Radol’ca, a yearly food festival celebrating local and sustainable gastronomy, stretching over the month of November.

Nine restaurants participate in the event, during which all menus are set at the same affordable price of 20 euros. As the second lockdown due to Covid-19 recently hit Slovenia, Uroš Štefelin decided to start delivering his one-Michelin star lunch menus directly to the homes of its clientele - a smart way to support Vila Podvin’s employees and local suppliers. On November 14th and 21st, he will also hold his culinary school for children online. 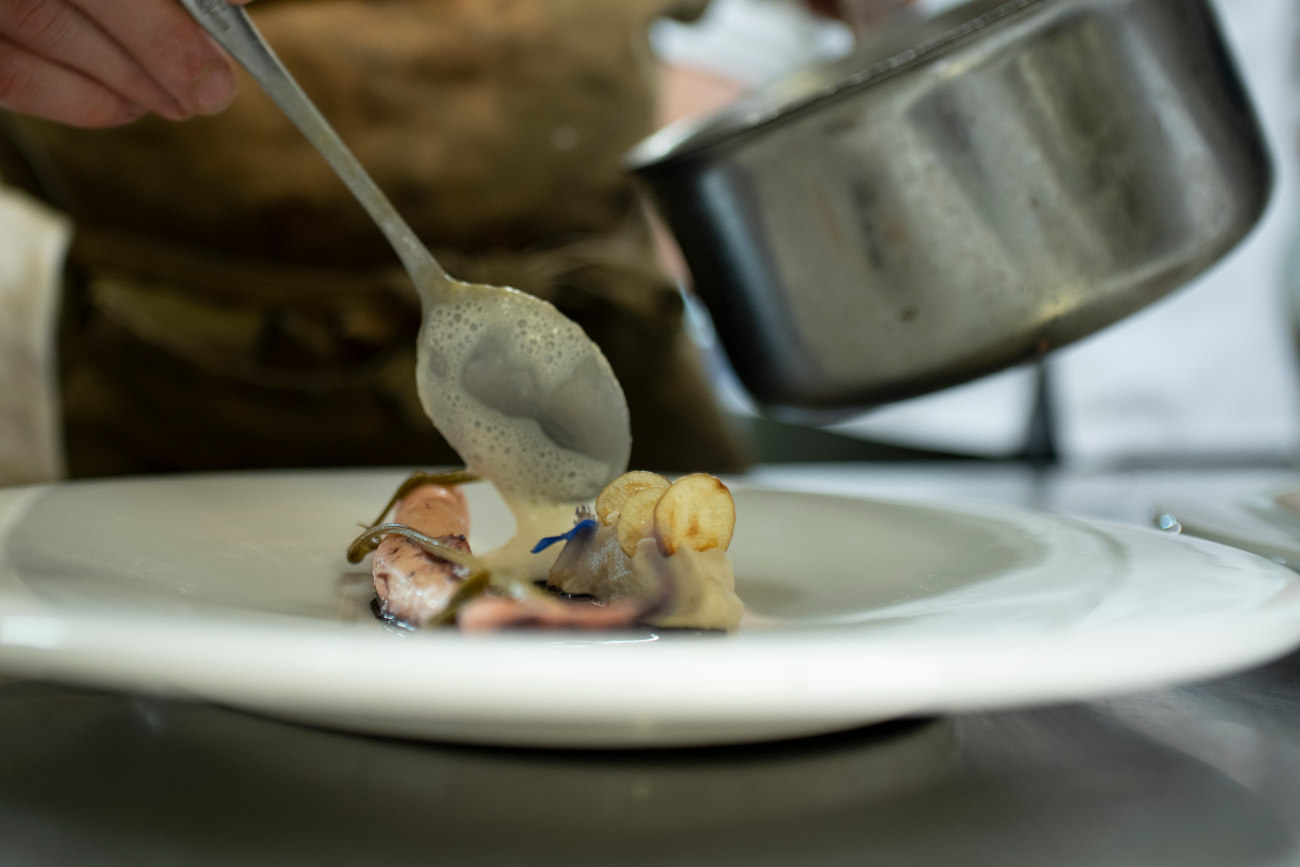 Chef Uroš’s cuisine is a real homage to Slovenian culinary traditions. His family was modest, and they could not afford to eat out. Anchored in the humble, yet generous household customs of Slovenian farmers, his dishes celebrate local ingredients with impeccable modern technique. « I want to preserve the taste of the food I ate as a child. But those traditional flavors need to be balanced today. I cook the dishes my grandma used to prepare, yet I believe that it is creative and healthy to use whatever foreign ingredients inspire me », he explains.

Chef Uroš always wanted to be a chef. He started cooking with his grandmother, and simply loved the smells that swirled from the kitchen. Then he went to hospitality school, where, fourteen years ago, he became friends with Marcela. « Learning at the school for hospitality and working for big establishments makes you wonder why you chose this path. But after that - when you start cooking your own dishes - you stop doubting. I cook from the bottom of my heart and I try to translate my feelings onto the plate. » From a local sea bass from Piran, to Slovenian rainbow trout filets, beef tongue, apple purée or Sauerkraut with tepka pears (an ancient local pear), Chef Uroš’s dishes know how to make you feel at home, yet with an unmistakably creative and bold twist of high-gastronomy. This is pure New Slovenian cuisine. « Our country, with all its native ingredients, is a real chef’s playground », says the chef with a smile. « My Michelin star goes to Slovenian cuisine ! » 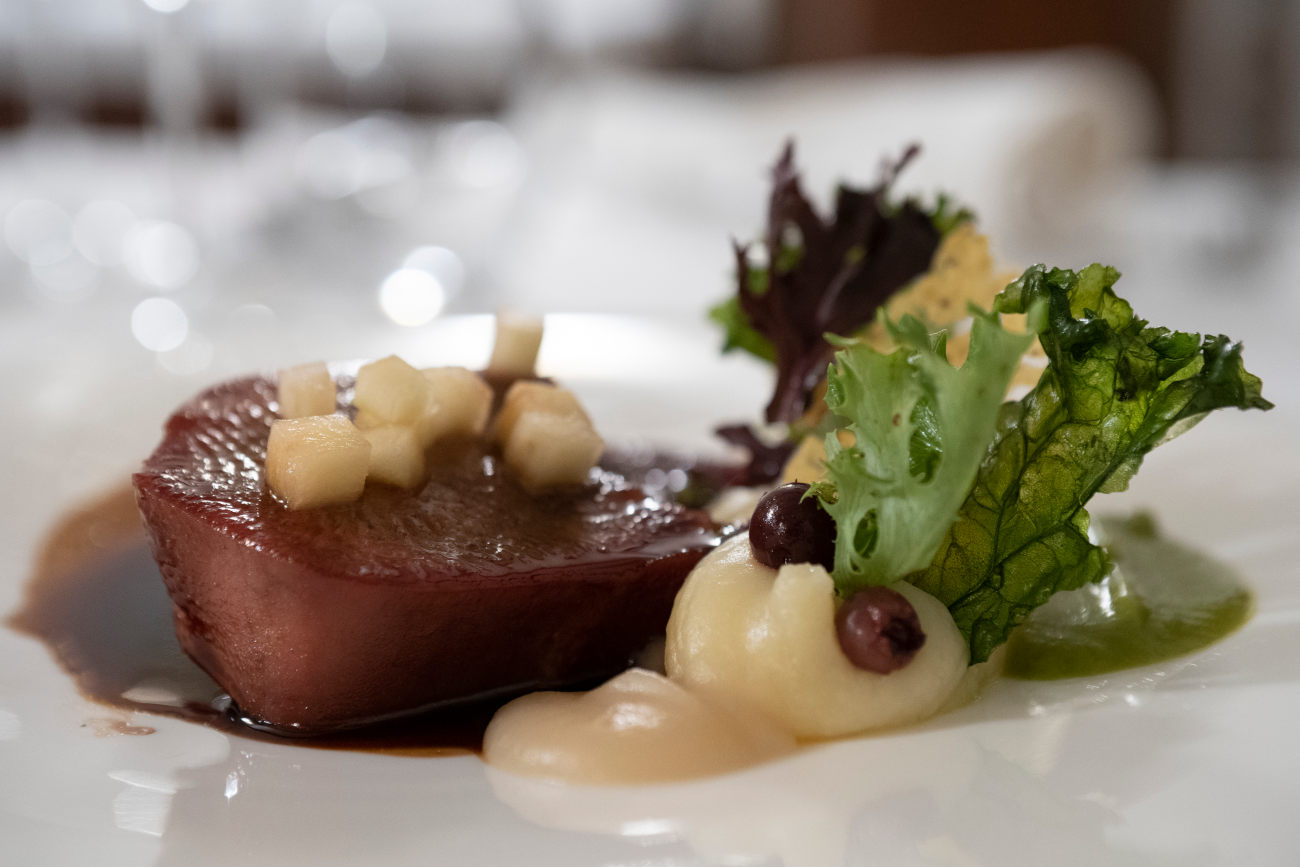 While Chef Uroš is mostly influenced by local traditions, he loves to get inspired by his team. « We talk a lot. We think from the guests’ perspective. » This team-based attitude is reflected in the way Marcela and Chef Uroš treat everyone at Vila Podvin. « We believe in fair wages and proper rest », Marcela claims, « everybody works far too much in the food industry. Through better structuring, we might all be able to work less in a few years. It’s one of our goals ». « When we started the hotel and restaurant, Marcela and I were completely broke », adds Chef Uroš, « but we always paid our suppliers on time. You should never let down the people who work with you, the people who help you ».