Here’s where to go for a good meal if you’re traveling to Hong Kong with the kids this holiday.

Traveling to the Pearl of the Orient with tykes in tow can be a challenge—for one, the crowded streets where steps abound aren’t really stroller-friendly, and neither are the cramped cha chan tengs and hole-in-the-wall eateries. Even so, Hong Kong is a cosmopolitan city with vibrant international food culture, so that even the pickiest of eaters will be satisfied. Here is a list of 7 Michelin-recommended child-friendly restaurants in Hong Kong that run the gamut from fine dining Chinese and Italian to dim sum and afternoon tea. 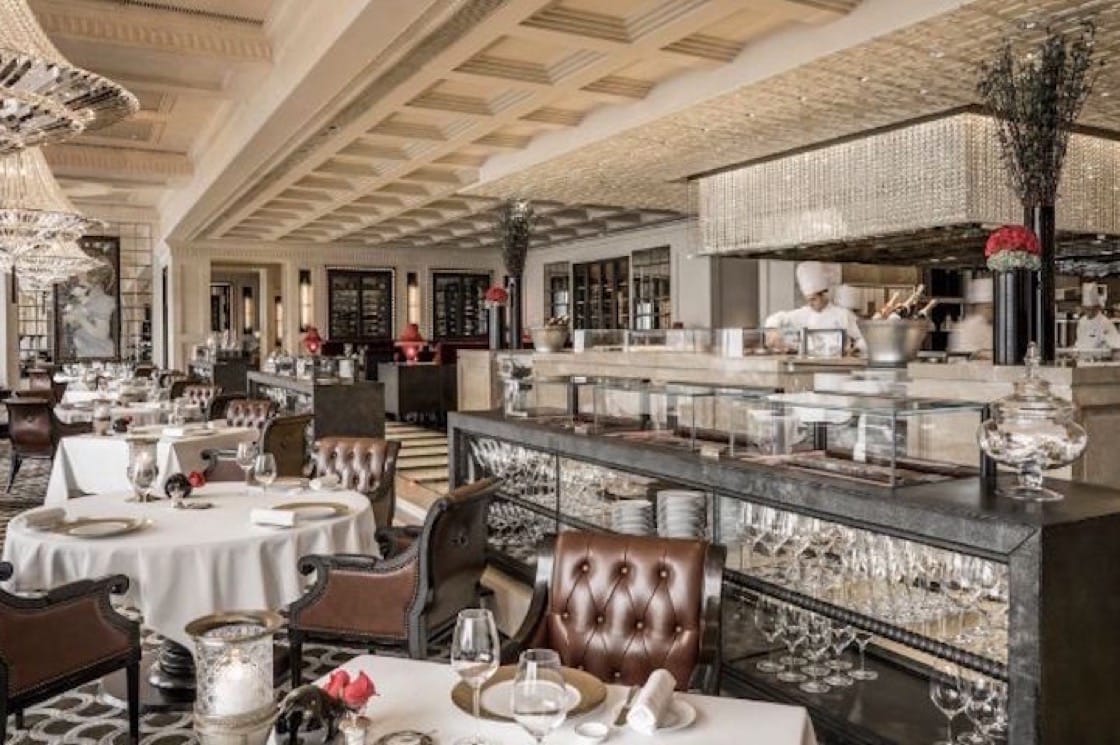 Caprice
What our inspectors say: “Supreme quality ingredients, classic French techniques and subtle Asian influences are the hallmarks of chef Guillaume Galliot's highly accomplished cuisine. Specialities include roasted pigeon with beetroot; crab laksa with confit egg; and 'Trilogie de Chocolat'. The handsome and comfortable room is run with considerable care and professionalism; you'll either enjoy stunning harbour vistas or a view of the chefs working in the raised open kitchen. ”

What parents say: “The website says that they welcome children aged three and above and true to a great restaurant in a luxury hotel, they were ready for young gourmands and had activity kits to entertain my son. There’s no kids menu but he was perfectly happy eating off my plate.”

Tin Lung Heen
What our inspectors say: “‘Dragon in the sky’ is a very apposite name as this good looking Cantonese restaurant occupies a large part of the 102nd floor of the Ritz-Carlton hotel. The vast windows bring in plenty of daylight at lunch and make it a good spot from which to watch the sun go down. Among the signature dishes are barbecued Iberian pork with honey, and double-boiled chicken soup with fish maw in coconut. There are also several charming private rooms.”

What parents say: “Our kids were taken by the amazing view from the 102nd floor. There were kid-friendly amenities like high chairs and plastic utensils and the children enjoyed all the same food the adults did, from soups to congee. 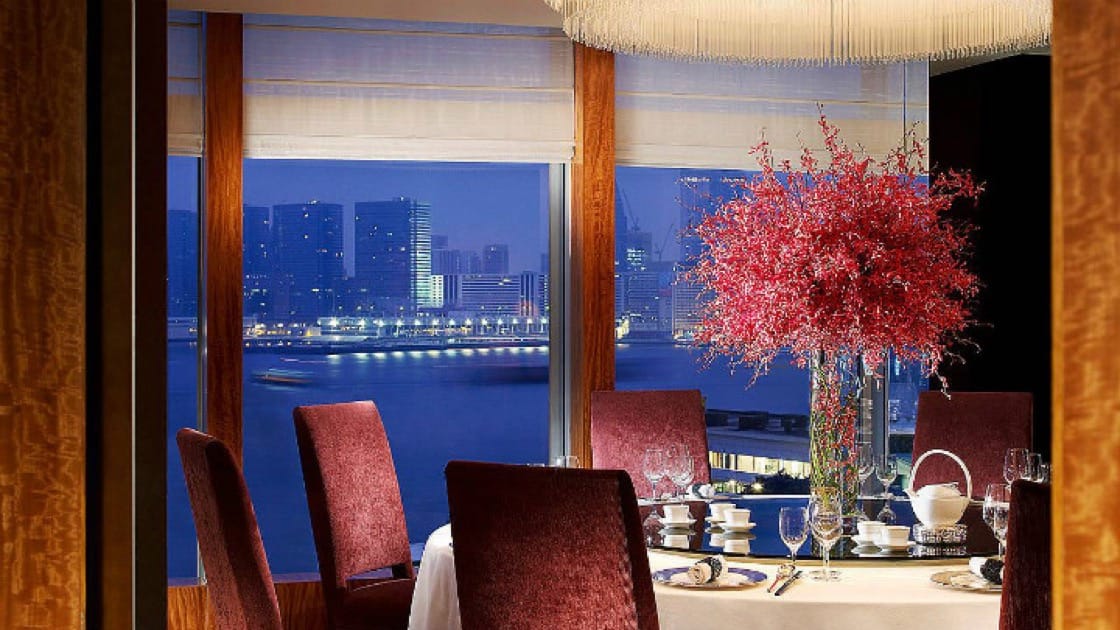 Lung King Heen
What our inpectors say: “Your first and only challenge will be attempting to secure a reservation at this most popular of restaurants. Chef Chan Yan Tak is one of Hong Kong's most experienced and respected chefs and every one of his dishes is as delicately crafted as it is tantalizingly presented. The name means 'view of the dragon' and the large room offers great views of the harbour but your attention will rarely wander from the stunning Cantonese food in front of you.”

What parents say: “We were surprised to see they had not one but two kids menus for children aged three to eight, and nine to 12. From simple things like scrambled egg and shrimp to more luxurious items like bird’s nest soup with minced chicken. We made sure to reserve a table with a view of Victoria Harbor to watch the Symphony of Lights show at 8pm, the kids loved that!”

Luk Yu Tea House
What our inspectors say: “Large numbers of both regulars and tourists come to Luk Yu Tea House for the traditionally prepared and flavoursome dim sum, and its three floors fill up quickly. The animated atmosphere and subtle colonial decoration are appealing but no one really stays too long; the serving team in white jackets have seen it all before and go about their work with alacrity. Popular dishes are fried prawns on toast and fried noodles with sliced beef.”

What parents say: “Hong Kong is not known for being stroller-friendly, but it was nice that there was space between tables big enough for our pram. They also have high chairs for children.” 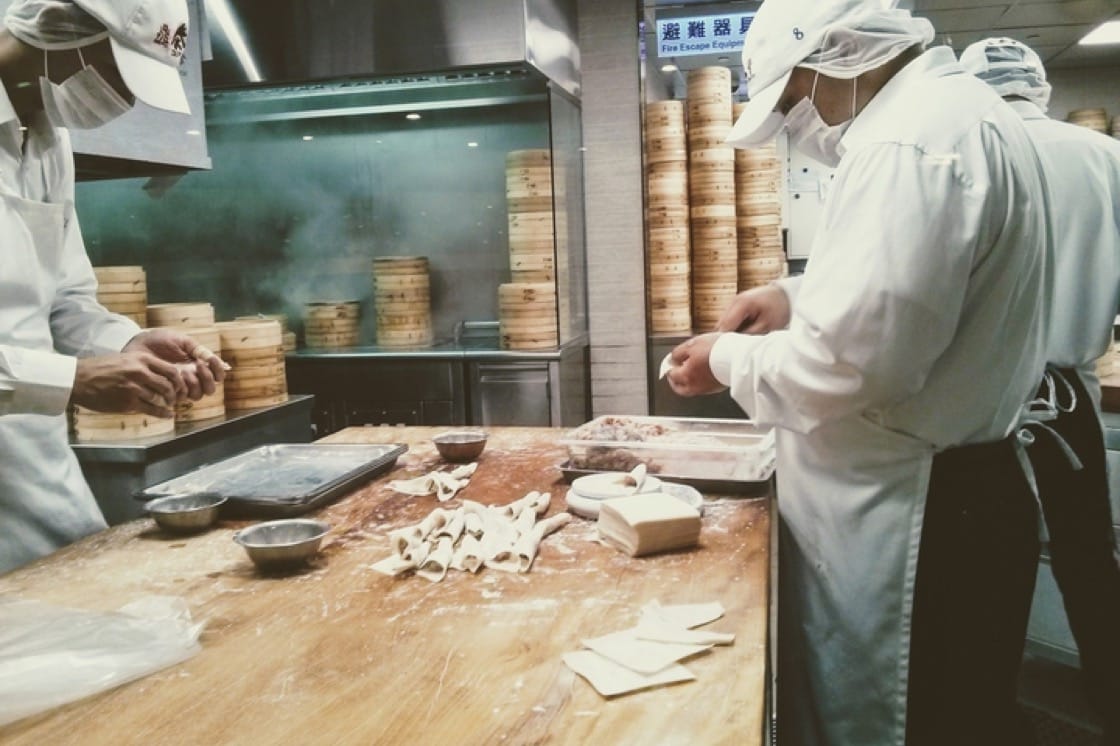 Din Tai Fung (SIlvercord)
What our inspectors say: “Mr Yang opened up his dumpling shop in Taiwan back in 1958 and focused on delivering service, price and quality; there are now branches in all major Asian cities. Fresh, handmade Shanghai dumplings are their speciality and they are extremely good; the steamed pork ones being especially tasty. Queues are the norm here, but don't worry: a team of 130 smart and efficient staff serve at least 1000 people a day and take it all in their stride.”

What parents say: “They have high chairs for children and will offer a cute plastic crockery and cutlery set for the kids. The fun part for kids is the window to the kitchen where you can see the chefs making the dumplings. The lines are legendary, but it’s better if you go early and the service does move pretty quickly.”

Café Gray Deluxe
What our inspectors say: “The fashionable Upper House hotel hosts this stylish bistro deluxe on its 49th floor and its great views, relaxed atmosphere and fluent, efficient service make it a very popular spot, especially at lunch. The kitchen uses plenty of modern techniques and adds its own twists to what are mostly European and American dishes. The speciality from consulting chef Gray Kunz is steak tartar ketjap. The restaurant also serves afternoon tea.”

What parents say: "Café Gray Deluxe is great for moms going out alone with babies. I love taking a stroll through Hong Kong Park and stopping there for lunch or tea. There are changing amenities and space enough to park the pram right at the table in case I’m lucky and baby falls asleep en route!”