Beyond the more widely known Japanese dishes like sushi, tempura and yakitori are the more obscure but no less delicious regional delicacies that vary along the archipelago. Known for its ancient temples, beaches and vibrant dining scene, Fukuoka sits on the northern shore of Japan’s Kyushu Island. Its food culture is unique to that of major cities like Tokyo, Osaka or Kyoto, with its own specialty dishes such as tonkotsu ramen, Hakata udon, mizutaki (light chicken broth hotpot) and, of course, motsuryori (offal cuisine) in the form of motsunabe.

Motsu is the Japanese word for offal. A simple hotpot stew made with beef or pork offal, motsunabe is soul food for the residents of Fukuoka who enjoy the warmth and richness of the dish all year round, not just in the winter. The base of the soup stock varies and is sometimes made with salt, miso, soya sauce, katsuo or kelp. A shallow pot of stock set to boil on the table and pork or beef intestines and tripe are allowed to simmer in the soup and seasoned with garlic and chilli pepper. The collagen-rich offal softens to a melt-in-the-mouth consistency and imbues the soup with a milky richness in which to cook the next part of the meal — vegetables like cabbage, garlic chives, leek, burdock and spring onions are added in with champon noodles (a specialty of neighbouring Nagasaki) to soak up all the tasty goodness and eaten with a bowl of steamed white rice. 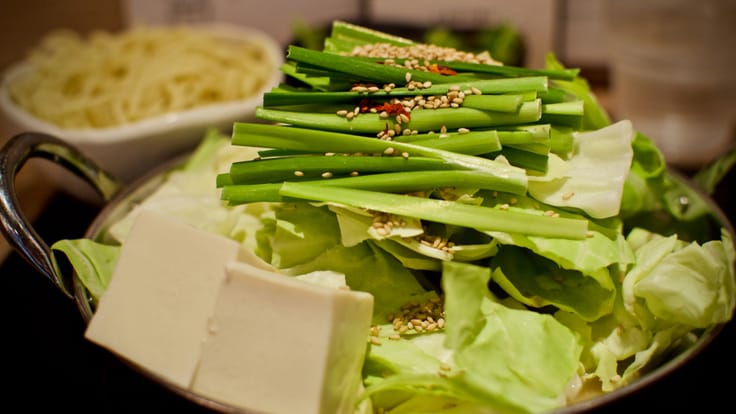 Motsunabe is enjoyed with lots of vegetables, tofu and champon noodles. (Pic and Banner Pic: Shutterstock)
The origins of motsunabe can be traced back to the impoverished years after the end of World War II when coal miners would marinate cheap entrails in soya sauce and cook them with leeks in aluminium pots. These days, motsunabe is popular all over Japan for its rich flavour and relatively low cost.

The MICHELIN Guide Fukuoka-Saga-Nagasaki 2019 Special Edition was released earlier this month — the first MICHELIN Guide update for Fukuoka and Saga in five years casts a spotlight on regional Japanese cuisines including a new motsuryori category in Fukuoka. These are the four featured establishments recommended in the guide for a taste of authentic motsunabe in its birthplace of Fukuoka.

A hole-in-the-wall establishment with a discreet wood-panelled exterior, Motsushige in Chuo-ku, Akasaka, serves motsunabe in a tatami-style dining room where guests are invited to get comfortable and sit on the floor by low tables to cook their hot pot. The restaurant only opens for dinner and reservations are required.
Advertisement 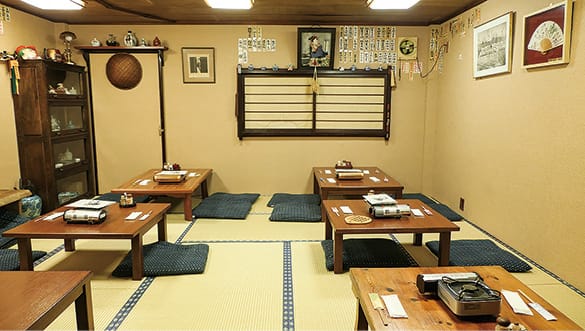 Located in Sawara-ku, customers tuck into their motsunabe along the counter of the restaurant. For a more communal setting, a private room for 12 is also available. The soup base comes in a choice of miso or soya sauce with beef and pork offal and a mound of vegetables to be finished with udon or champon noodles.

Reservations are strongly recommended for this famed long-standing establishment. There’s no menu here, because everyone has come for one thing — the motsunabe, first served with offals and leeks, followed by cabbage and tofu, and lastly champon noodles in a garlicky soya sauce soup base.

Of the four featured establishments, only Hakata Motsunabe Hoshimatsuri opens for lunch as well as dinner. The upscale venue is also more family friendly with tables outfitted with induction plates rather than an open fire.