The First Day We Got Our Stars: Alexandre Dionisio

"This young chef sparkles!" raved the MICHELIN inspectors of Dionisio who helms La Villa In The Sky in Belgium.

Alexandre Dionisio is no stranger to the F&B scene in Belgium. The chef from Brussels has trained under the wing of some of the city’s top chefs, learning the basics from chef Rocky Renaud at Le Passage, the art of meats and sauces from chef Pierre Wynants at two Michelin-starred Comme Chez Soi, and all about seafood from chef Yvew Mattagne at the Sea Grill.

His claim to fame shot up when he took part in the American TV series Top Chef, where he made it through to the semi-finals. Dionisio opened his own restaurant, Alexandre, shortly after. The restaurant was awarded one Michelin star just six months into its opening.

In 2014, Dionisio moved on to assuming the role of head chef at La Villa in the Sky, a restaurant 120m above ground with a beautiful view of Brussels. La Villa currently holds two Michelin stars in the latest guide for the city. Dionisio himself has been described in the red guide by the Michelin inspectors as "This young chef sparkles!"

We sit with him to find out more. 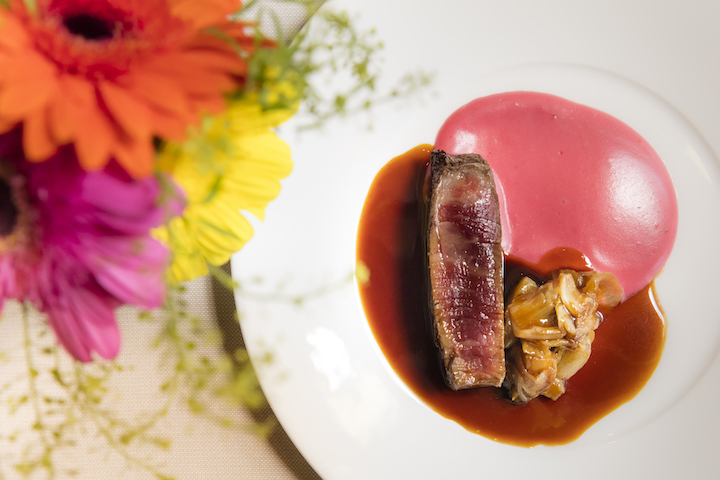 Wagyu Tenderloin with Candied Chicory, Creamy Beet and Potatoes Souffle Bigarade Sauce
When was your first encounter with the Michelin Guide?

Six months after I opened my first restaurant, Alexandre, when we were awarded with a Michelin star. I was just 28 years old then. It felt amazing.

What were your thoughts when La Villa in the Sky received two stars?

It was a real surprise, because my wife had also told me she was pregnant at the same time so it was double good news. I was very happy when we got the first star for La Villa in the Sky in 2014, and to get a second star one year later felt even better.
Did anything change in the restaurant after it received two Michelin stars?

Yes, there was a change. I noticed it from day one, after the news was out. Media become more interested in the restaurant, and it motivated me to keep going and get better. 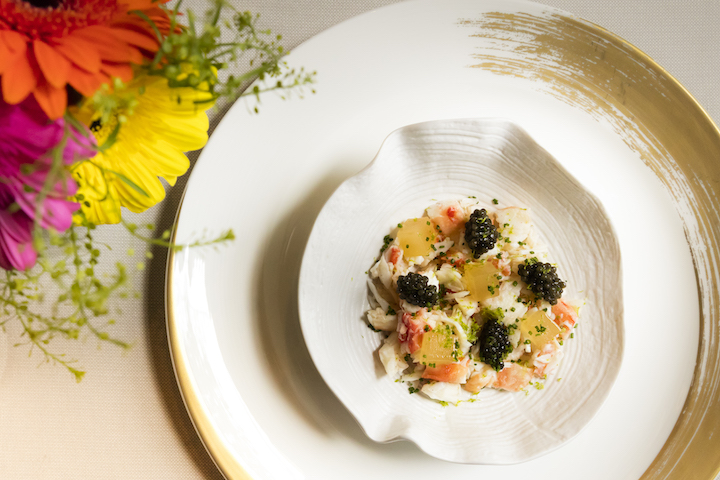 King Crab with Jelly from Shrimps Consommé, Russian Caviar and Zest of Lime
What was the first thing you did when you found out La Villa got a star?

I was in a café in Brussels when I got a call. And I was looking at the newspapers, which had (news of the Michelin guide results) in it already.

Then when I got to the restaurant, the press was already there, and I went to share the good news with the team.

My team had got in just before the press arrived, so my staff were in the restaurant and had no idea why everyone was outside! When I came in, they were working on the mise en place (laughs). I told them the good news and we opened champagne.

Believe in yourselves. Keep fighting, make sure every guest leaves with a good memory of the food.