The aroma that wafts from the storefront, the red paper lanterns with their old hometown nostalgia —tonight it's going to be yakitori!

The History of Yakitori

Japan is traditionally a Buddhist country and, from the 6th-century Asuka period to the mid-19th century early-Meiji period, edicts prohibited the eating of meat to protect animals like cows and horses. The cock, reared as a domestic fowl to herald the dawn, was another such example. However, certain wild birds such as pheasant, duck, and smaller birds were designated as ‘medicinal’, and could be eaten for their nutritional value.

Yakitori street stalls first appeared in the middle of the Meiji period (1880s-90s). At the time, Shamo game fowl stew was popular in Japan. Such meat was expensive, so the stalls took the offcuts and innards that came from restaurants and skewered and barbecued them, basting them with tare sauce. They also barbecued beef and pork offal, which all got labelled ‘yakitori’, despite yakitori literally meaning ‘roasted bird’. Even today, examples remain of yakitori using items other than bird meat.

In the 1960s, with the increasing spread of the broiler, yakitori started becoming popular with the public at large. Then, food safety concerns and demands for higher quality saw the development of nationally protected chicken breeds, known as jidori, as well as branded chicken, and the appeal of yakitori came to be based more on flavour and other special features.

Why skewers?
Skewers have long been used in Japanese cooking for roasted foods that readily lose their shape. Skewering also makes the food easier to baste with tare sauce and to cook. And with skewered foods being popular in street stalls, they were easy to eat, with no need for chopsticks.

Why only at nighttime?
Yakitori establishments with a good quality product skewer the meat themselves. Some even buy in whole chickens and prepare the meat to be skewered from scratch. Such preparations take time, which makes opening during daylight hours impossible.

Why tastier roasted over Bincho charcoal?
Bincho charcoal reaches temperatures of over 1,000℃, which quickly seals in the natural, savoury flavours of the ingredients. Because there are no flames, there is no scorching, and because the charcoal doesn't emit any unpleasant odours, the ingredients don't suffer any loss of flavour. 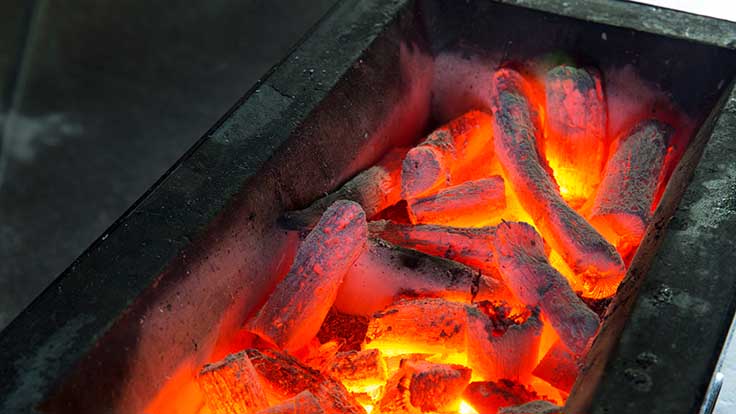 Origins of the names of the parts

Negima is a skewer with, alternately, spring onion and chicken pieces. The negi means spring onion but the ma is the first syllable of maguro (tuna). In the Edo period, they would lightly barbecue a skewer of spring onion and tuna, and today's chicken negima comes from it looking much like it.

Hatsu is the heart of the chicken. As you may guess from the pronunciation, it comes from the English ‘heart’.

Sori originates from the Birdland restaurant in Tokyo's Ginza district. A visiting French cuisine waiter taught the phrase to the owner-chef. The French "sot l'y laisse" means "a fool leaves it uneaten". The sori is near the joint of the drumstick, in a difficult spot to locate. 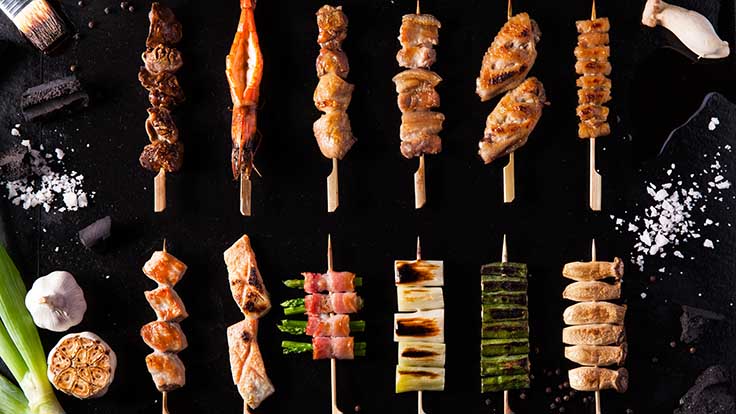 Finish your meal with the rice dish oyakodon: chicken pieces wrapped in a rich egg omelette. Don't bother yourself over which came first, the chicken or the egg, just fill your cheeks and, before you know it, there’ll be a satisfied smile on your face.

You’ll find yakitori restaurants not just recommended in the Japan Michelin Guide, but in the guides for New York, Hong Kong, Seoul, and Singapore, too. The yakitori that emerged from street stalls in Japan has winged its way around the world!

Restaurants related to this article：
https://guide.michelin.com/jp/en/search?q=yakitori

Tokyo Japan
All articles of Features