Up until lockdown, the longest period I’d spent without eating out in a restaurant was a week – usually the same week, namely Christmas. So when restrictions were eased I, along with the rest of the UK team, couldn’t wait to get back out there. Not to inspect, not to judge – but simply to show support to this beloved industry of ours, an industry that has taken such a battering.

The excitement I felt when planning my week of meals in London was reassurance enough that I hadn’t turned into a misanthropic troglodyte during lockdown. If there was any initial hesitancy on my part it was more to do with the journey to and from the restaurants, rather than the restaurants themselves. So, on the first day I walked into central London which, thanks to all the cycling I’d done during those endless weeks at home, took less time than I thought. But it was also a sobering experience: walking past so many still-closed shops, cafés and restaurants showed that we’re far from out of the woods and seeing all those monolithic, landmark hotels on Park Lane in darkness was a stark reminder of the huge job it’ll be to get tourist numbers up to previous levels.

But last Monday, something simple but wonderful happened. Something I’d spent weeks thinking about: I walked into a restaurant and someone smiled at me and said “Welcome”. To be sitting at a table, in a restaurant – in this case Hide, opposite Green Park – was in itself sort of life affirming. 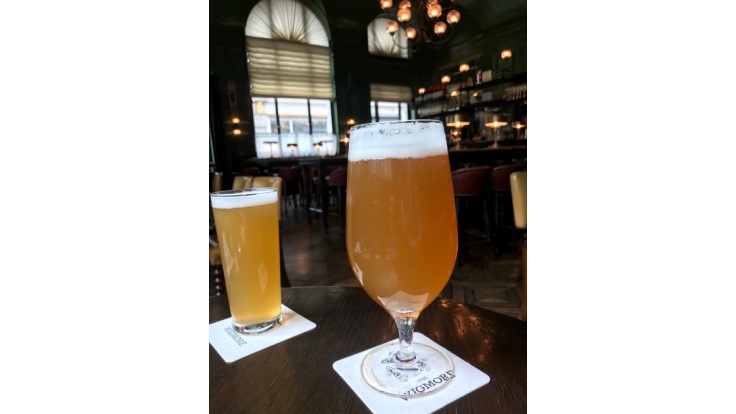 I’d had a few deliveries from restaurants in the weeks leading up to the re-opening of restaurants, but was still worried I wasn’t totally match fit for a full week of eating out, even if this was more of a pre-season tour than a cup run. Thankfully though, it didn’t take long to be back in the groove – when a colleague and I polished off the legendary toastie at The Wigmore in indecent haste, I knew I’d be okay, especially when I followed it up with their cheeseburger and an Eton Mess.

There is nothing more sensory than a food memory and the first bite of dim sum at A. Wong was enough to bring forth an avalanche of remembrance of things past, from trips to China to nights out with friends. An evening at Hicce in Coal Drops Yard was a great reminder of how restaurants bring us together in a state of communal celebration. Other restaurants I ate in were equally welcoming, with some unnecessarily apologetic about their reduced menus, but all equally delighted to be back doing what they do best.

Some of the restaurants had embraced the new protocols with more enthusiasm than others. And some of those new procedures quickly fell by the wayside because they don’t feel natural. What I do know is that it’s up to customers to take some of responsibility – after all, restaurateurs have enough on their plate without having to act like police. I did think the £1.75 ‘Sanitizer Charge’ on one bill was a little naughty, however. I have a friend who’s tiresomely evangelistic about dangerous sports. I can tell him I’ve recently eaten in a restaurant that had the air-conditioning running… 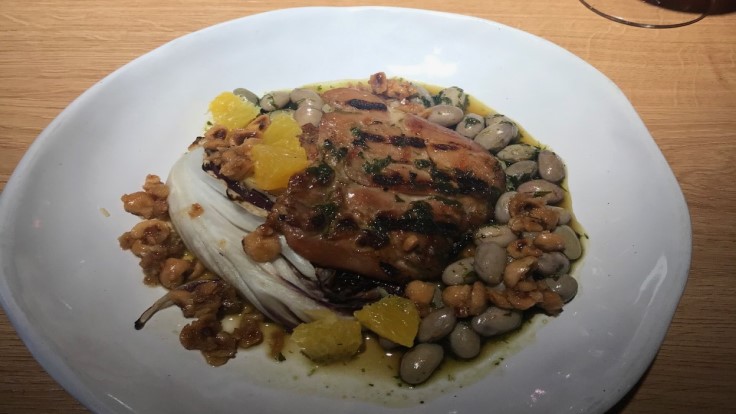 All the restaurants had removed tables or restricted numbers and a few had new menus accessed only via QR codes. Some service teams wore masks, some full visors, some were uncovered. Did eating out seem different? Of course, but customers behaved with patience and understanding – at times I felt I was eating at a restaurant during its ‘soft opening’ period. Yes there are risks, but with care and with sense they can be mitigated.

Service was uniformly great all week. While it’s clearly been tough on a lot of people, many front of house who’d been furloughed talked about how much they’d enjoyed their family time – something that’s all too rare in this industry – but they were also clearly energised by being back at work. There was a collective spirit of shared stoicism and, from many customers, an admirable desire to show loyalty and support to their favourite restaurant.

It’s hard to avoid hearing the expression “the New Normal”, but what was most reassuring about the week was how quickly we all fell back into the “the Old Normal” – the enthusiastic ‘upselling’ by the waiter, our unabashed over-ordering, the checking out of fellow guests, the flamboyant hand semaphore some use to order the bill. It feels so good to be back.

After a couple of days of walking, it was back on the Tube, an eerily quiet Tube but where nearly everyone respected the rules and was wearing a mask. It was another reminder that we’re still living through exceptional times. But for now, everything feels so much more positive and life is slowly returning to normal – we even had an England batting collapse at the weekend.

I’m looking forward to another week of eating out. My colleagues around the country are equally energised and are thrilled to be back out there. So goodbye flat stomach – I’ll miss standing side-on to a mirror without having to breathe in. And goodbye home cooking – be honest, we were beginning to bore one another.

Let’s hope this is just the start. Let’s hope there’s no going back from here. And let’s hope more and more people will rediscover the profound joy of eating out.