He's known best for his Demon Chef persona, his out-of-this-world gastronomic creations, and a penchant for speaking the truth. In fact, it's hard to remember that Alvin Leung once started as a busboy in the kitchen, and didn't have any formal training as a chef. Here, we sit down to speak to him about what it's been like leading Bo Innovation to three Michelin stars.
Growing up in Toronto, what were some of your best food memories? What food do you remember missing from Hong Kong, after you moved over to Canada?

Immigrating to Toronto as a very young child, some obvious things I missed were wonton noodle and egg waffles, which weren’t readily available in the 60s in Canada. Now, Toronto has a great scene for Asian and Chinese cuisine.

At the age of 16, you entered the restaurant business as a bus boy at a Chinese restaurant in Scarborough and then promptly left. What prompted you to leave? And why did you go on to work in engineering instead of going back to F&B?

When I was 16, it was merely a part time or summer job, but I was always interested in food and wanted to enter the food industry. A kitchen was an exciting place. However, I had obligations to my family’s engineering business. Later on, when the opportunity came up to enter the industry again, I jumped on it right away. 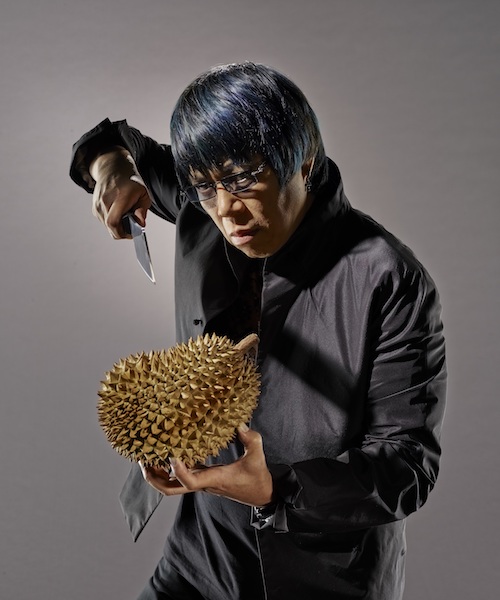 You were approached to take over Bo Innoseki when it wasn't doing well. What made you decide to take on the role?

It had been a Japanese restaurant run by a friend and 2003 with SARS was a tough time for everyone in Hong Kong. The opportunity came up for me to be a partner and I jumped at it. It was an inexpensive opportunity. Nowadays, to be enter the industry you need millions to pay the high rent, deposit, and decoration.
At the start of Bo Innovation, you invented a dish called “Sex on the Beach” (featuring an edible condom filled with honey and ham). What was your plan and direction for Bo Innovation then?

The goal has always been to be innovative. That particular dish was a spur of the moment creation. At the time, people were creating dishes that purposely didn’t look like food. It resembled non-food items. I was thinking of how I could create something playful and slightly provocative to raise money for AIDS research. It presented it as an a la carte item on my menu and all the proceeds went to an AIDS organization.

Where did you get your inspirations from, at the start? How do you continue to look for inspiration? 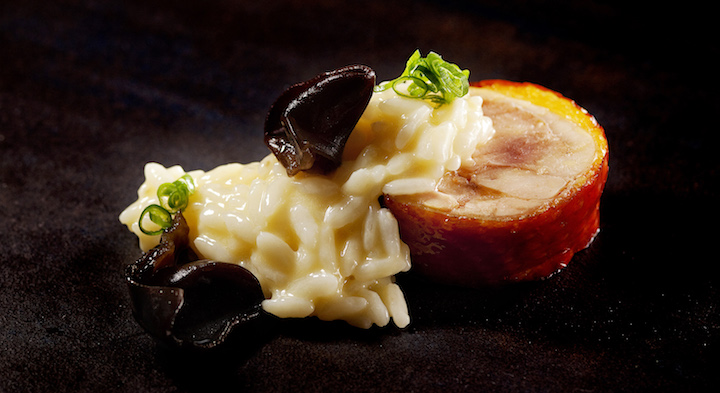 One of chef Alvin Leung's creations, Organic “long jiang” chicken, with aged acquerello rice, wooden fungus and sand ginger.
What were your thoughts when you got two Michelin stars in 2009?

I was surprised and happy. Then I thought, now what do I have to do to get the third star.

What did you tell yourself when Bo Innovation subsequently got one star in 2010 and 2011? Did the pressure to maintain and go back up the star ladder double?

Obviously I was disappointed. I thought maybe I was headed in the wrong direction with my cooking so I had to re-position myself. I took it as a lesson to learn about why I dropped and what do I have to change to get back up. However I never look at it as pressure. Pressure does not help you achieve what you want. Also, my staff and loyal clients have been very supportive. That helps. 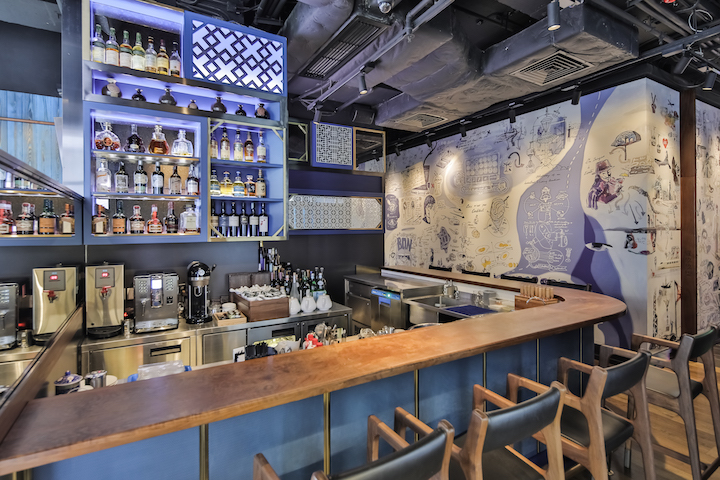 An interior shot of three-Michelin-starred Bo Innovation, a restaurant ahead of its time.
Big names like Michelin have taken flak over the years for how they dish out stars. What are your thoughts on that?

Any magazine or guide that gauges anything on a scale will be open to praise and criticism. Any type of guide whether it’s Michelin, the Best 50 List, or TripAdvisor will get flak for what they do. It’s all subjective. I maintain an attitude of gratefulness and it's an honour of recommendation. Mostly, I try to keep an even keel about such matters, focus not on politics or motives.

What do having Michelin stars mean to you today?

It’s an honour, of course. An achievement and success. But the journey continues. There’re always new challenges and restaurants, and to maintain the Michelin standing is tough work.

What is the best and worst thing about owning Michelin-starred restaurants?

Best thing is it’s great advertisement for your restaurant. The worst thing is then everyone wants to poach your staff.