Born in La Guerche-de-Bretagne, a small town in Brittany (Western France), Jacky Tauvry made his first foray into the F&B industry at the tender age of 14, where he discovered the pleasure of cooking for others and seeing their enjoyment of the dishes he cooked. Fine-dining became a route he knew he would embark on, while doing an internship at Arpege, the three-Michelin-starred restaurant of Alain Passard in Paris. He then went on to work under chef Guy Savoy's restaurant at Rue Troyon for two years, where he honed his basics of French cooking, before he landed a spot in the Paris kitchen of one of his idols, chef Pierre Gagnaire.

Today, the 29-year-old holds fort as chef de cuisine at Gagnaire's eponymous restaurant in Mandarin Oriental, Hong Kong. We speak to Tauvry to find out more.
Having master chef Pierre Gagnaire as your mentor, what is your impression of him?

Chef Gagnaire is a very generous, honest and sincere chef. When I started working for him, it was a bit tough for me to catch up, but quickly it became very fun and interesting to learn and work for him as he always has a lot of amazing ideas.

The most important thing that you learned from him is?

We ought to bring personality into a dish.

Any special moments/special words that Chef Pierre Gagnaire said to you that affected you a lot?

It would be similar to the answer before. He always emphasised the importance of infusing more personality and character into my dish. 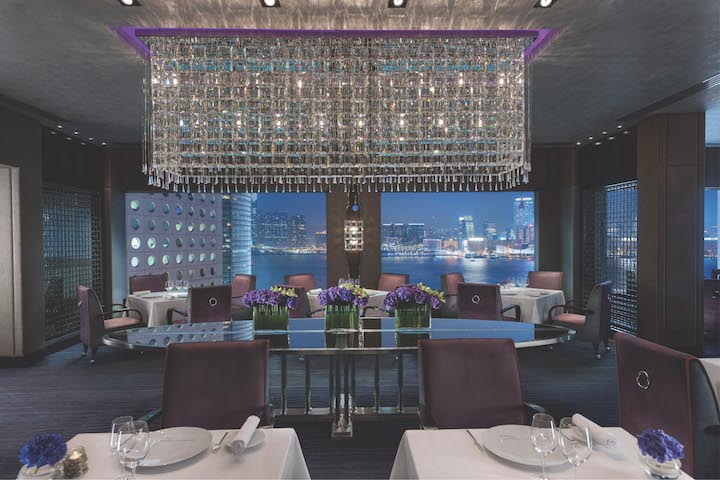 The interior of Pierre at Mandarin Oriental, Hong Kong.
Advertisement
Advertisement
In your opinion, what elements should a Michelin-star restaurant have?

I believe a Michelin-star restaurant should have, of course, top quality cuisine as well as the service and atmosphere for the customers.

Which ingredient and which cooking method is your favourite and why?

I like to cook wild turbot, simply roasted on the bone and finish in a beurre mousseux. I love the texture and the taste of this fish.

How would you describe your cooking style?

I think modern French cuisine is built on the foundation of traditional French cuisine with a twist of using more varieties of produce and cooking methods. 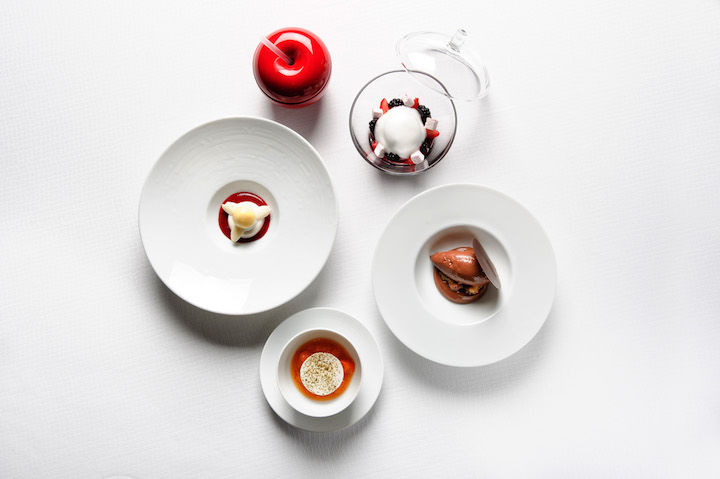 A signature dish at Pierre — Pierre Gagnaire's Grand Dessert
Running Pierre in HK, do you need to do any adjustments to make the dishes suitable for HK customers?

Hong Kong people enjoy good food a lot, and they also love French cuisine, so we do not really have to do a lot of adjustments.

What is the most difficult part of transplanting Pierre to HK?

The most difficult part is making people understand the complexity of his culinary spirit.

Do you have any room to create your dish, or do you have to follow Pierre’s style step by step?

It is teamwork when we create the dishes. Through continuous discussions, Chef Gagnaire and I make sure the menu reflects both his culinary spirit and my personality.

They would be Perfume of Earth, blue lobster and Pierre Gagnaire grand dessert. These three signature dishes are very symbolic. We have had these three courses for many years on our menu now. Even though we change the ingredients of the dish regularly, we always keep the spirit and the story behind it. 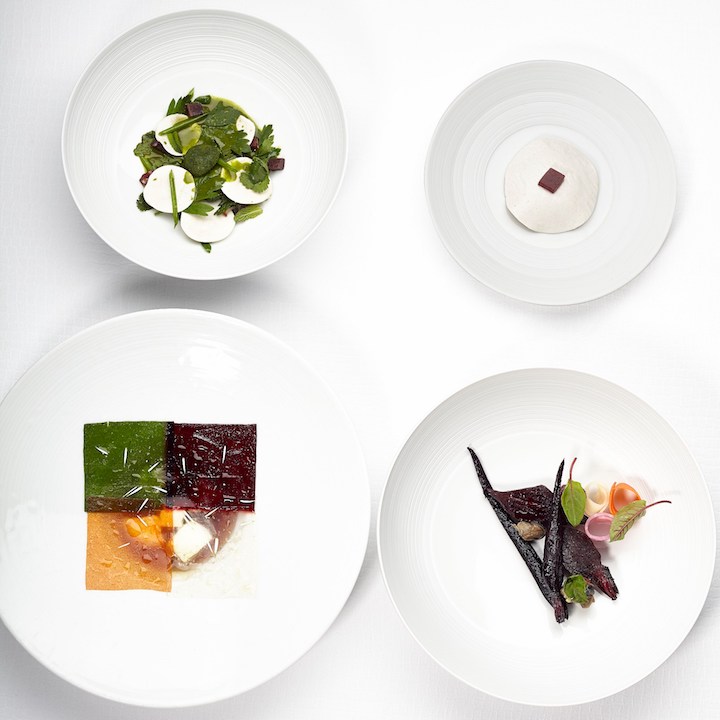 Perfume of Earth
Knowing that you like going to museums and art galleries, how often do you visit them? In Hong Kong, which is your favourite museum/gallery?

I try to go as often as I can. I also enjoy going to annual events like Art Basel.

How does this hobby inspire your cooking?

Art opens my mind and inspires me in the plating and creation of a dish.

Ultimately, what is your goal in the industry?

My goal in this industry, as a chef, is to (lead the restaurant) to get three Michelin stars.
Advertisement
Advertisement