Good food does not have to be expensive. The MICHELIN Guide Bib Gourmand selection was created to allow everyone to eat well without spending more than HK$400.

The west end of the Hong Kong Island is the city’s earliest Teochew settlement. The Teochew influence in the district is still prominent to this day. A vivid proof is the prominence of the restaurants serving food from the Eastern Guangdong town. Those include Chan Kan Kee Chiu Chow Restaurant, which is celebrating its 70th anniversary this year. From a specialist in lou mei (meat cooked in master stock) to an all-rounder in Teochew cuisine, the transformation of Chan Kan Kee also reflects how the city has progressed over the years.

Yet, one thing remains constant: the restaurant’s dedication to serving authentic Teochew fare. It has been included in the list of Bib Gourmand Restaurants in the Michelin Guide Hong Kong and Macau for seven consecutive years. Third generation owner Chan Wai Ling carries the torch from her grandfather Chan Sik Kan, who founded Chan Kan Kee in 1948. 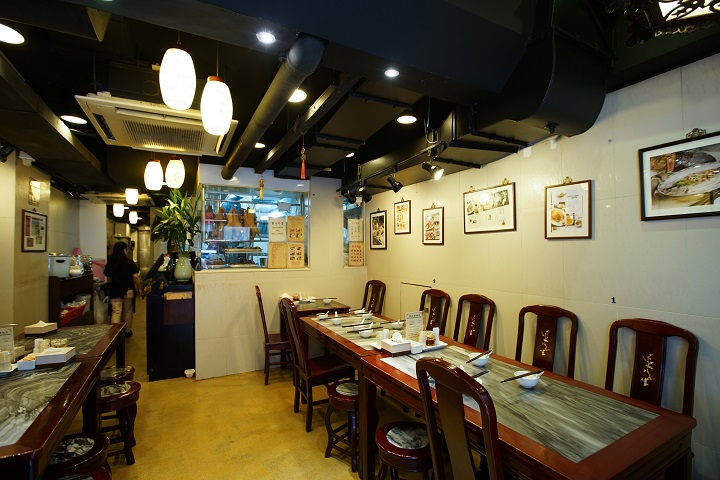 “My grandfather came from Jieyang to sell lou mei on the “Teochew Alley” (Heung Hing Lane). Other than the meat, wing, liver of goose, there was also pork belly, pig’s ear, head skin and “pork dumpling” – a combination of shredded pork and fatty pork moulded into the shape of brick. There’s even pork trotter jelly in winter,” Chan said. 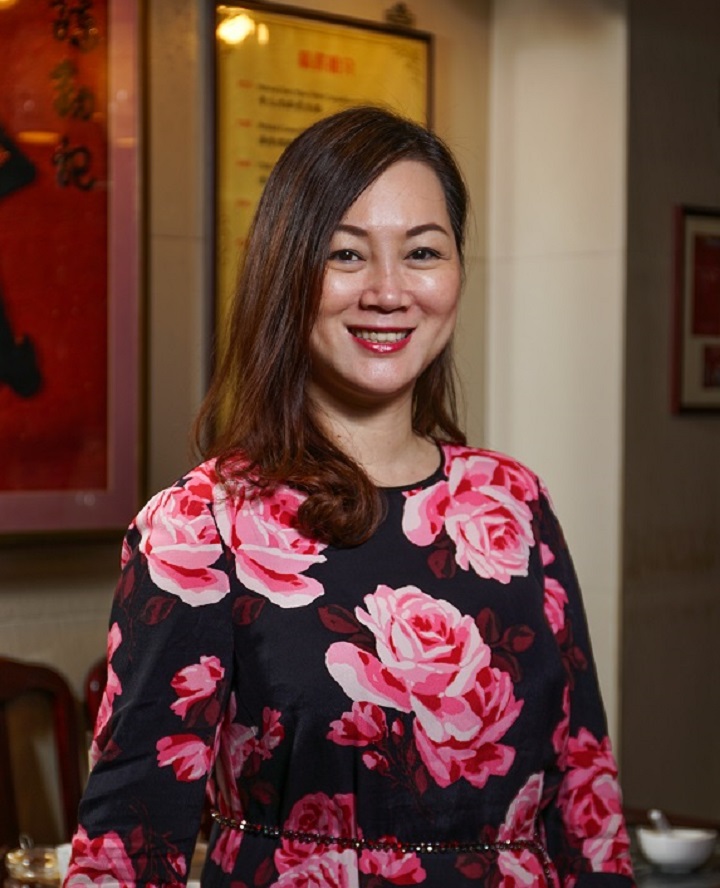 In its infancy, Kan Kee, as Chan Kan Kee was known for in the past, was merely a street stall occupying the front corner of a dried seafood shop. The government subsequently repurposed the “Teochew Alley” as dai pai dong, forcing the stores on the lane to either close down, or move to the nearby streets or Queen’s Road West. Chan Kan Kee falls into the latter category. In 1997, it resumed business at the current location.

“In the beginning, we specialised in lou mei like a daa laang shop. When the renovation work took place in 2010, I suggested we add cooked dishes in Teochew style to the menu. It feels more like a complete meal!” Chan said.

The Master Stock of 70 Years

The foundation of Teochew cuisine, master stock has a life of its own. At Chan Kan Kee, the master stock base prepared by Chan’s grandfather decades ago lives on.

“Our master stock is closely watched by trusted people from our inner circle!” She exclaimed.

The recipes for master stock might not deviate too much from one destination to another, but there’s much wisdom behind the selection of the raw ingredients and their proportion. These, combined with the essence released from the geese cooked in the broth, give substance to the master stock. Chan Kan Kee’s version is composed of star anise, Sichuan pepper, galangal, leek and other typical ingredients. What sets it apart is the thought put into it. 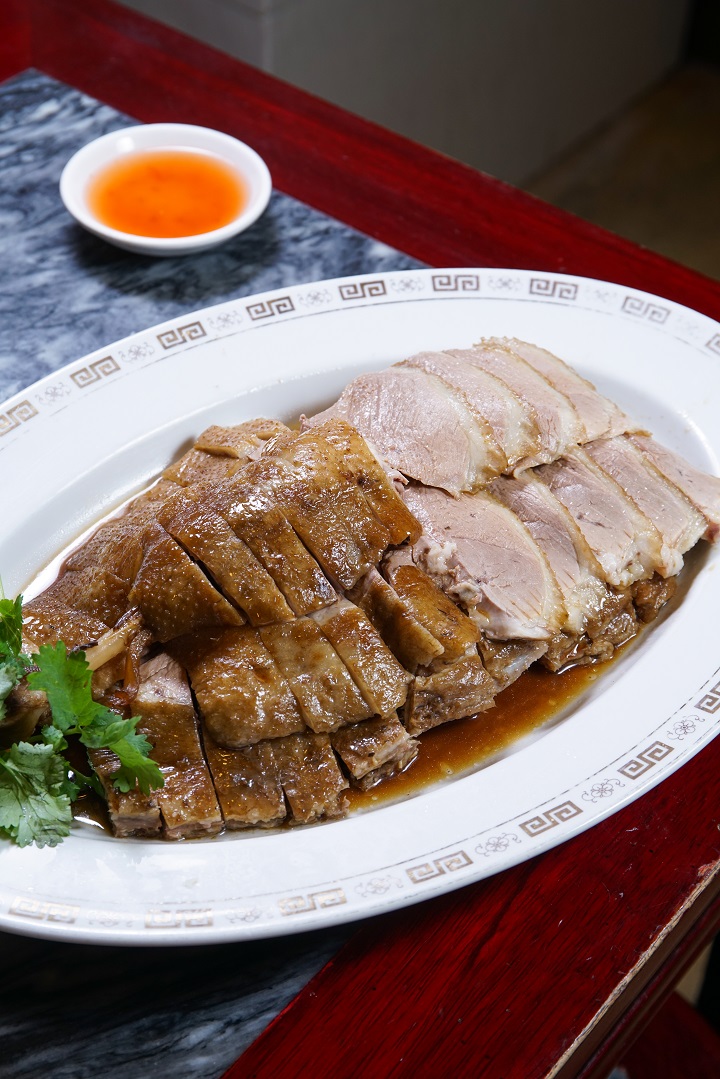 This carefully concocted spiced liquid has been boiling since 1948. Throughout the 69 years, there were 20 geese soaked in the master stock every day – it truly is the melting pot of all kinds of meat, its fragrance and complexity deepened whenever it’s put into work. Chan Kan Kee’s cooks deftly steep a goose’s breast, wings and legs, pig’s ear and its large intestine in the broth until they reach the prime texture. The restaurant also serves more than 100 classic Teochew dishes, from deluxe sea conch, chilled crab and deep-fried duck with mashed taro, to everyday options including oyster omelette, pig stomach and white pepper soup, to something highly technical like chicken parcels wrapped in egg white sheets. The list goes on. 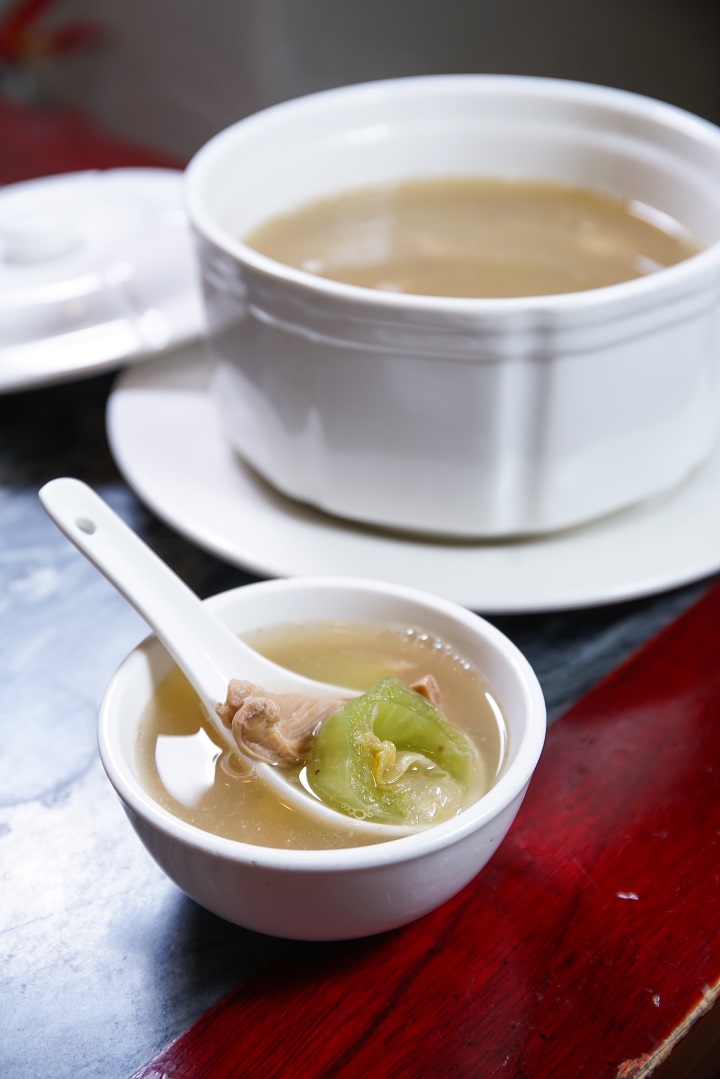 Driven by the “Teochew spirit” – resilience and determination – Chan Kan Kee is as strong as ever. After 70 years and three generations, it has developed an outstanding character just like its signature master stock. About being featured in the Michelin Guide, Chan was taken by surprise at first. As the sense of wonderment subsided, it turned into a powerful reminder that they need to maintain high standards across food quality, dining environment and service. As she concluded, “we can only go forward at any given time.”

his article was written by Leung Choi and translated by Vincent Leung. Click here to read the original version of this story.

Cantonese French cuisine soup
All articles of Dining Out