First things first, it sounds like “Poh-keh”, not poki, not poke. And here’s a crash course to the Hawaiian language: pronounce every syllable. So for example Route 63, also known as Likelike Highway is ‘lee-keh-lee-keh’ and not, well, ‘like-like’.

Similarly, ‘poke’ is a two-syllable word and simply means “cut into chunks” in Hawaiian. Now, before we learn more about the classic Hawaiian dish, say Humuhumunukunukuapua’a -- that’s the state fish of Hawaii.

1. It was originally made with small Hawaiian reef fish
Poke is rooted in the days when native Hawaiian fishermen would slice up smaller reef fish and serve them raw, seasoned with whatever was on hand—usually condiments such as sea salt, candlenut, seaweed and limu, a kind of brown algae. 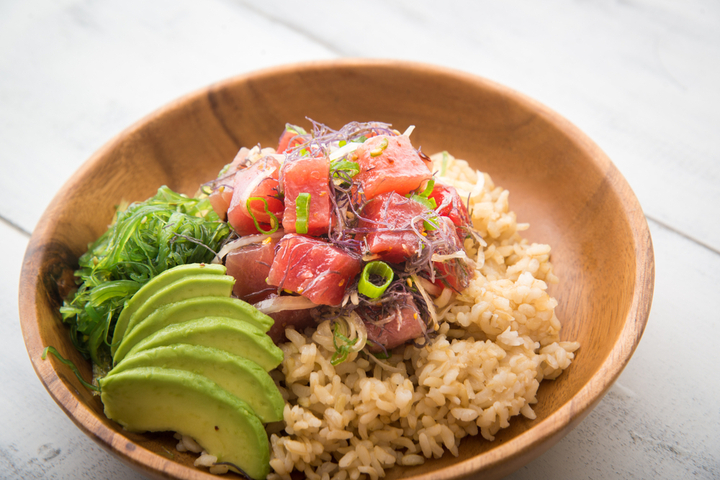 Poke is traditionally made with ahi tuna or octopus
2. Salmon in your poke isn’t very authentic
With the arrival of Japanese workers in the late 1800s and the advent of longline fleets plying the deep sea in the Pacific, the predominant poke fish shifted to ahi tuna. Today, though salmon seems to be the most popular, the classic poke is still raw Ahi tuna or cured octopus, known as he’e in Hawaii.
Advertisement
3. People get really passionate about poke
Even with the proliferation of poke shops all over the world, you might still have heard Hawaiians sigh that they can’t satisfy their craving for real poke. That’s poke, not poké or poki. For chef Mark Noguchi, adding the accent over the "e" is equivalent to "cultural slander" and he said as much in an article that went viral, lambasting the misrepresentation of Hawaiian culture and more worryingly, the negative environmental impact of turning a finite resource like ahi tuna, into a chain restaurant. Which brings us to our next point: 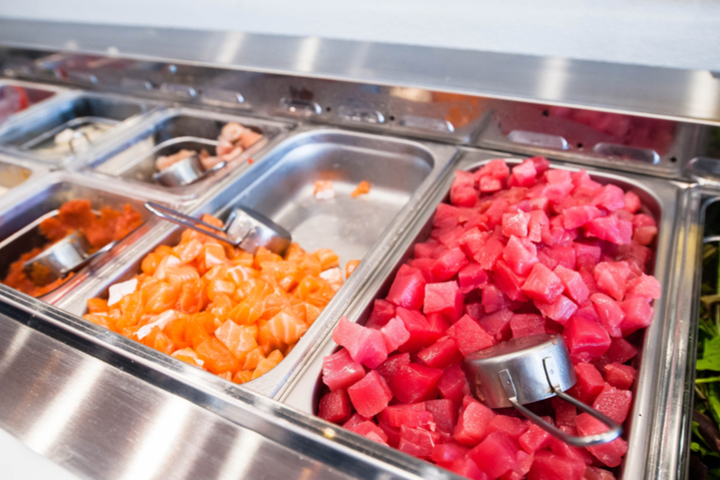 4. Traditional poke doesn’t have pineapple and is not very Instagrammable
Poke shops offering a myriad of topping choices were all the rage in the past few years and the trend doesn’t seem to be fizzling out anytime soon. It helps that poke bowls are inherently social media-worthy with their colourful toppings and fit right in with the clean-eating movement. You pick your raw protein, condiments and sauce and your poke is tossed to order and served over rice.

But real Hawaiian poke though, really isn’t very Instagrammable. In the Aloha State, poke is a supermarket staple and you’d find an entire counter with trays filled with already-marinated raw fish in flavours like shoyu poke, limu or Hawaiian-style poke with chopped kukui nuts or spicy ahi. These murky-looking chunks are sold by weight and scooped unceremoniously into plastic deli containers. Not pretty, but scrumptious. 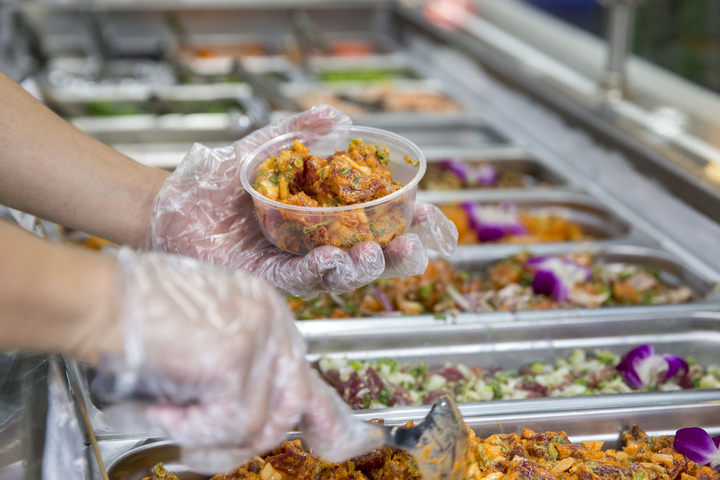 Poke is sold by weight in most Hawaiian supermarkets

5. Get the real deal at the stall that started it all in Hong Kong: Pololi
Pololi was one of the first poke shops to hit the Hong Kong food scene and has since opened another outpost in Singapore. Although now you can get poke at many other spots in town, you probably still want to hit up Pololi for its delicious rendition of the pre-marinated fish in more than 15 flavours like spicy tuna, wasabi mayo and yuzu salmon. Kar Ho Building, 35-39 Graham St, Central. 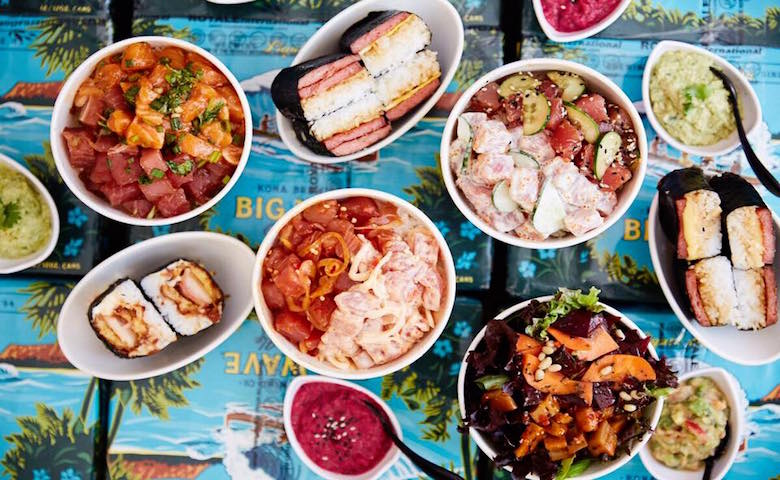 Pololi serves up authentic poke in Hong Kong and Singapore (Credit: Pololi Facebook)
6. You can make it easily at home
I don’t know if you can even call this a recipe, but making shoyu ahi poke at home is a piece of cake. Get your hands on 500g of sashimi-grade tuna and cut it into bite-sized cubes. In a bowl, mix together about 3 tablespoons of soy sauce, a tablespoon of oyster sauce, a drizzle of sesame oil, a teaspoon on minced garlic, a handful of chopped green onions, and really, whatever other condiments you feel like—a dash of chili oil or paprika, maybe. Whisk it up all together and marinate the tuna cubes in it for about an hour in the fridge, and voila! Fresh, delicious poke that you can serve over rice with a couple of slices of avocado for good measure.
Advertisement
Advertisement