Wine has been present in Malta for thousands of years. The Phoenicians are thought to have been the first to plant vines here, in around 800 BC. Later, the Greeks – followed by the Romans – took care to perpetuate this typically Mediterranean crop. The Middle Ages were a difficult time for local wine, especially under Arab rule ; it was not until the arrival of the Knights of Malta that viticulture experienced something of a revival. The British period, on the other hand, proved to be catastrophic, with the colonisers uprooting hundreds of hectares – to grow cotton. In the late 19th century, however, a few vines were replanted. Malta's entry into the European Union in 2004 precipitated the rebirth of its wine production, leading to a clear improvement in quality.

Long neglected in favour of major international grape varieties such as cabernet sauvignon, syrah or chardonnay, native varieties are once again generating interest. Gellewza produces light reds with hints of prune and cherry : it is widely used in the production of sparkling wines, something of an idiosyncrasy in the Mediterranean. Girgentina produces fruity and delicate whites with a nice acidity: it is often to be found in blends, especially with chardonnay. These two local grape varieties lend Maltese wines an interesting, very local profile. 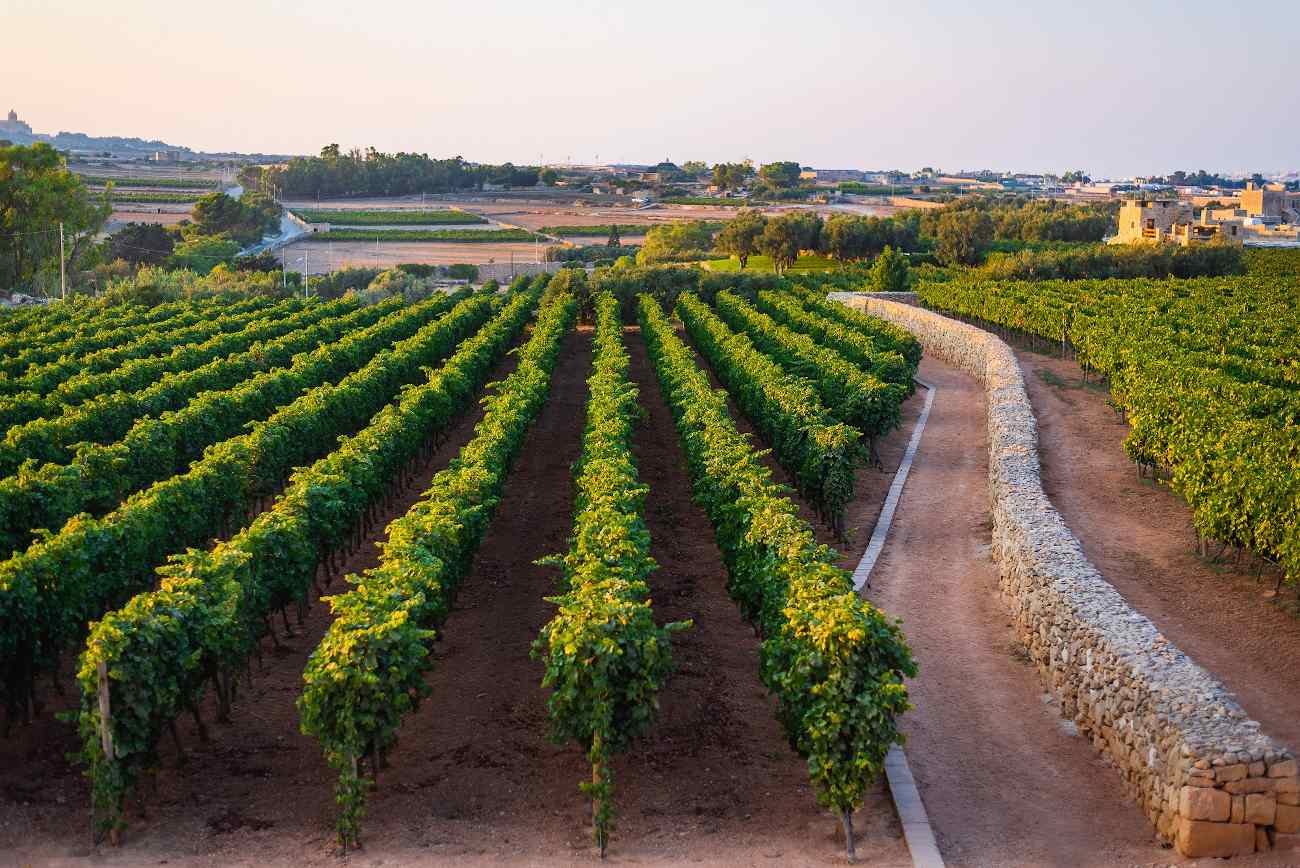 In 2007, the country decided to create two designations of origin : DOK Malta, produced on the main island, and DOK Gozo, produced only on the small, wilder, island of Gozo. The geographical indication IGT Maltese Islands is broader, encompassing all the wines produced in Malta. Rings affixed to the bottles certify the origin of the wines. To the north of the main island of Malta, on the clay-limestone soils there, white wine is king ; meanwhile, the south is the heartland of the country's red wine. As for Gozo, its relatively diverse soils support all types of production. Generally speaking, the archipelago's very dry climate enables sustainable cultivation, requiring only limited phytosanitary treatment – a real boon at a time when environmental considerations are a focal point.

The best wineries of Malta

Founded by Anthony "Tonin" Cassar in 1919, Marsovin has gradually grown to become Malta's largest winery. It is the founder's great-grandson Jeremy Cassar who is now at the helm of this institution. The time when little Tonin delivered peanuts, oil and wine in the Maltese countryside is but a distant memory ! Today Marsovin produces nearly two million bottles a year, courtesy of several production sites and ageing cellars. The main cellar, located not far from Valletta's port, will appeal not only to anyone who loves old buildings but also those interested in all things high tech. The setting is perfect for an in-depth tasting of their creations, particularly "Primus", an elegant blend of gellewza and syrah.

Ta' Betta lies to the west of Valletta and south of Mdina, its vines growing in terraces on elevated land, where the temperature is slightly milder than on the coast. The rows are organised along a north-south axis to protect the grapes from the sun and to harness the sea winds. Harvesting begins in mid-August with chardonnay, followed by cabernet sauvignon in mid-September. Many of the estate's wines can be tasted in the splendid tasting room. The Jean Parisot vintage, with its notes of apricot, white fig and vanilla, is proof that chardonnay grapes can also acclimatise to high temperatures. 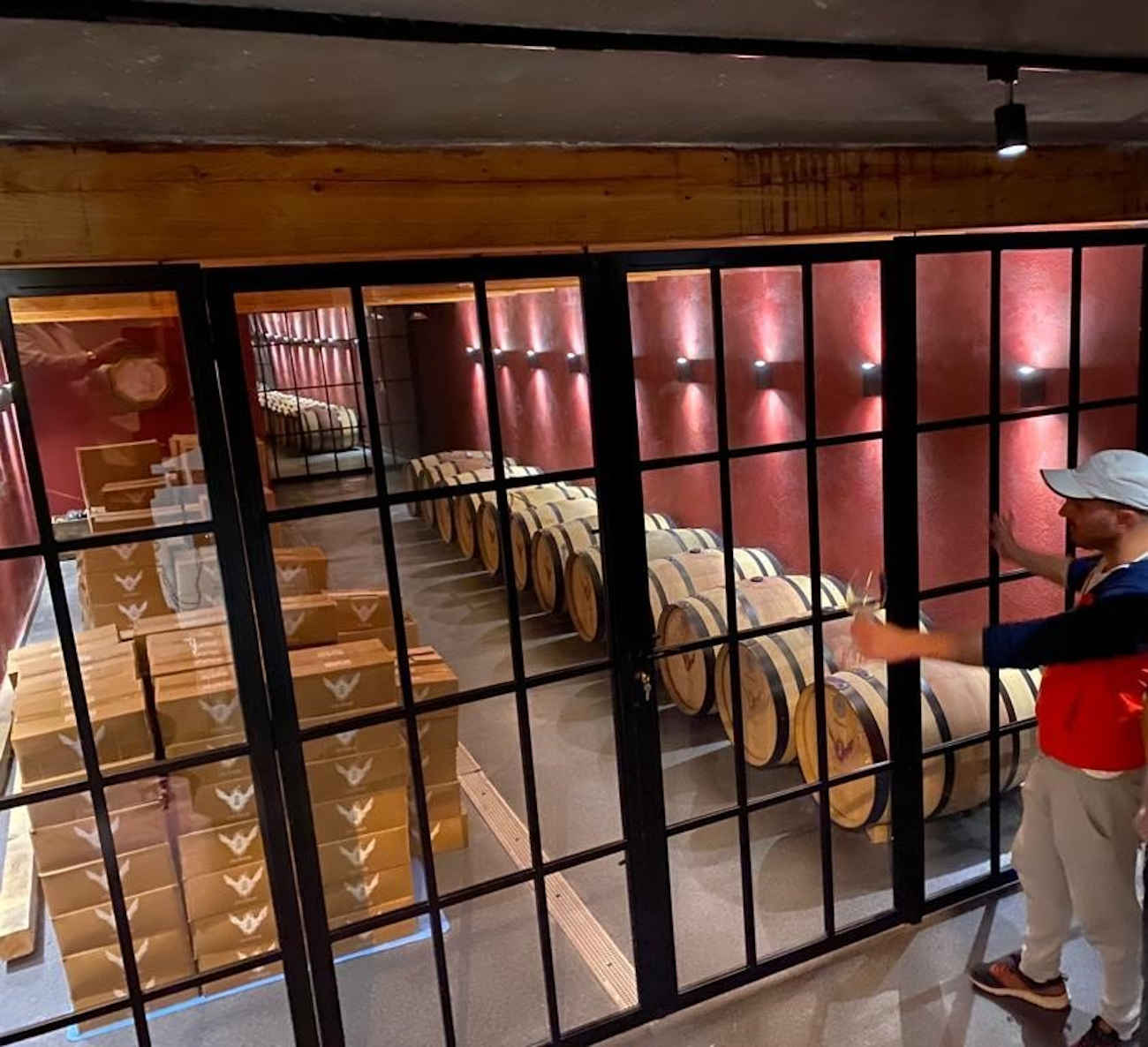 Located near Dingli and its cliffs, Markus Divinus stands out for its original production, where the enthusiasm of its young owner, Mark Borg, has free rein. There are many experiments here, such as the vinification of the Zafrana cuvée, which attempts the marriage between sauvignon blanc and girgentina – and succeeds.

Let's not forget to mention Delicata, founded in 1907, which produces some 1.2 million bottles a year and works with a host of small winegrowers. This diversity allows the estate to offer an extremely wide range, with no fewer than 50 different types ! Finally, Meridiana, a more recently established estate, mainly relies on excellent vintages produced around Mdina. Their white wines, such as Isis Chardonnay, are highly renowned.

The island of Gozo is not to be outdone, even if its wine production comes across as more artisanal. It is worth mentioning the interesting work of the Ta Mena estate, where they age some of their wines in terracotta jars, as was the practice in Ancient times. For its part, Tal Massar, northwest of Gozo, near Gharb, emphasises its family dimension and its traditional wine-making process that respects Gozo's land.

Where to taste Maltese wines

In addition to the producers' own cellars, there are many places in Malta where you can sample local wine. The island has a number of wine bars that are definitely worth frequenting, such as Trabuxu in Valletta, an ideal spot for learning about Malta's different wines. Many restaurants also support local producers, featuring a wide selection of home-grown options on their wine lists. Sommelier Nico Caruana, for example, does precisely that at De Mondion.