A native of Montauban, Tarn-et-Garonne, chef Christian Constant started his career at the world-renowned Hôtel de Crillon, before moving on to The Ritz Paris, where he opened his Le Violon D’Ingres. In 1996, it received its first Michelin star.

From there, things escalated quickly: today, he owns four restaurants in Paris and two in the south of France. (He also found time to play guest judge on Top Chef from 2010 to 2014.) His cuisine has been described as “modern, creative, traditional and seasonal” by our anonymous Michelin inspectors. 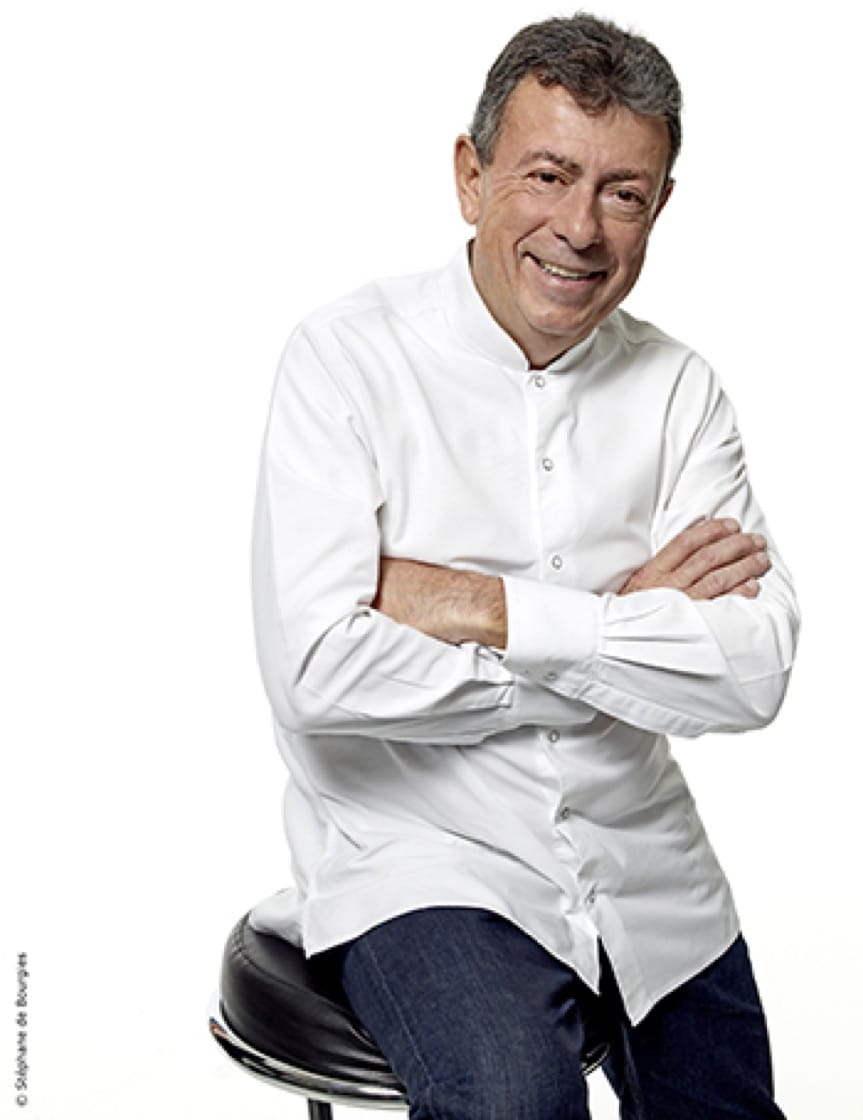 Culinary stars Eric Fréchon, Emmanuel Renaut, Jean François Piège, Jean François Rouquette, among others, have worked under his tutelage, underlining his constant willingness to share his considerable knowledge. “Cuisine is a living art,” he says. “One day comes when you have to teach others what you have learned. Transmission is maybe the most important ingredient in gastronomy. But the good news is that I keep learning every day!”

At the recent 2018 MICHELIN Guide Main Cities of Europe gala, Constant was bestowed with the 2018 MICHELIN European Chef Mentor Award for his efforts in sharing knowledge to younger generations of chefs. Here, we ask him how he advises the future.

What does mentoring mean to you?
As a chef, mentoring is everything—it’s the most fundamental thing, it’s what everything else is built on. We are craftsmen. We don’t learn our trade in a classroom, we learn in the kitchen from our chef.

Cooking is quintessentially a living art, so you can’t learn it theoretically, you have to experience the reality and truly live it. I learned from someone, then I learned to teach others. It’s marvelous how we pass the baton on; I need to give to others what others gave to me. It’s a fleeting moment in a long tradition and we are only passing through. We are here to bring cooking to life, to contribute something, to ensure that recipes are passed down and that techniques don’t get forgotten. Each of us is responsible for ensuring that everyone who follows learns the fundamentals of our art, so that nothing is lost. There’s something of a paradox to it, in that once we’ve instilled the basics, we have to inculcate a sense of imagination and flair, so that each pupil can develop their own palate and create their own style of cooking.

What role does mentoring have in your day-to-day work?
I’m one of those chefs who really focuses a lot on mentoring and I think it’s one of the most fascinating parts of my job. In all of my restaurants, I take on young people who want to cook, through apprenticeships and work experience. People take the initiative and come to me, I think because they can sense how much importance I place on it. I like knowing that young people are interested in our profession and want to take on the challenge and give their best. I’m thinking about those who put themselves forward for the competition to be named the best apprentice in France, like Tancrède Dell’Oste did recently. I feel a responsibility to keep on mentoring. What matters is giving them a positive message. We show them that we’ll give them a chance and that we believe in them. We share our passion and we trust them to pass it on themselves. As I said, cooking is a living art—it’s not an exercise in nostalgia. We want to give young chefs a solid foundation from which they can go on to make their own way and keep our profession alive. 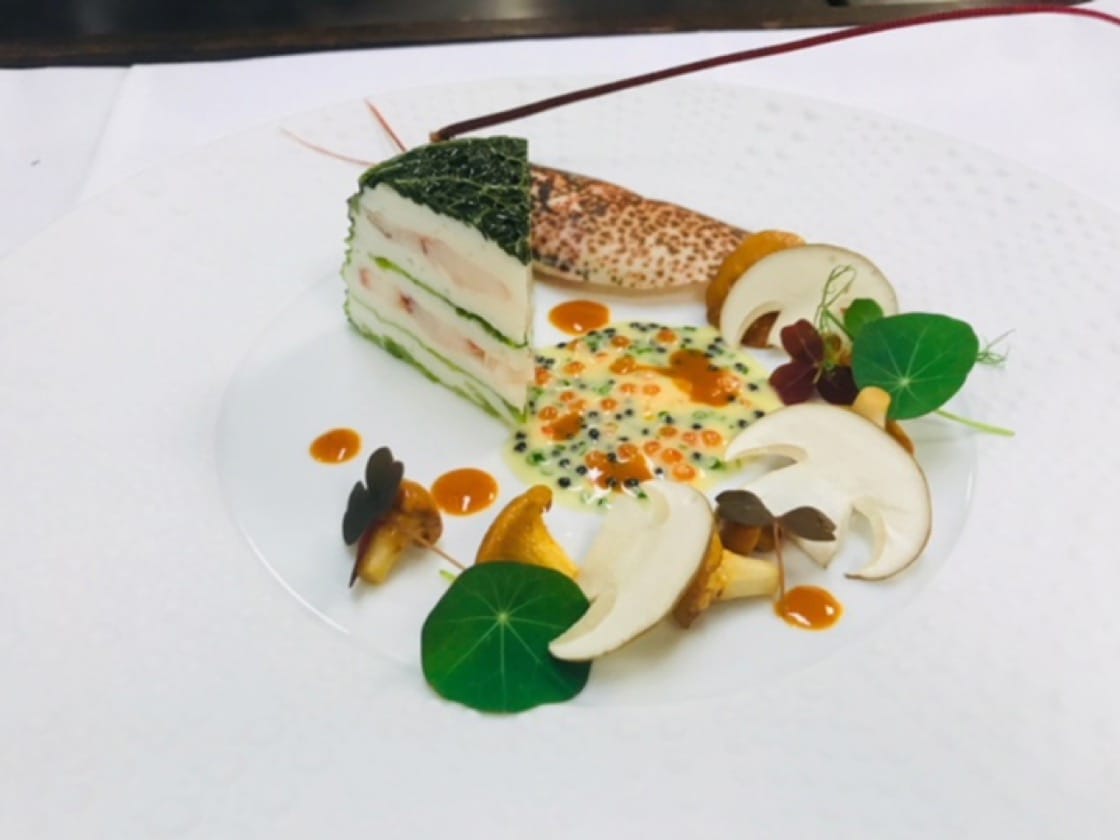 What channel—books, television, etc.—best helps educate budding chefs?
I think we’ve got plenty of books—TV programs too—and I’m not going to pretend otherwise. And that’s a good thing, it shows that people like what we do and are fascinated by it. It brings people to cooking and some people find they have a passion for it. It also means that everyone can learn something, and get a bit of insight into the beauty and difficulty of what we do. We can democratize it without dumbing it down. You can tell stories, show behind the scenes, teach people about the importance of using quality produce and the value of the growers and the land. All of that matters and everyone wins, but we mustn’t kid ourselves. It can never replace what happens face-to-face, side-by-side in a kitchen. A movement of a technique can only learn it by watching someone at work. And there are other things people need to learn that they can’t get from a book or a screen: how to behave, how to work with others, team spirit, respect, authority, the smells, the time pressure—all of that has to be experienced and real life is the only way to teach it.

Who was your mentor? What did they teach you?
When I was an apprentice, my idol from the very beginning was Monsieur Paul. He took cooking to a whole new level. The alchemy of his work, the sophistication of what he could create, it was fascinating. We all felt so motivated, he really emphasized the French tradition and we felt like he was guiding us through.

My own personal mentor was Guy Legay. I spent 15 years working under him, first at Ledoyen and then at the Ritz. When I think back over the last 15 years, it speaks volumes about how important teaching is. You can’t become a chef in a day! I didn’t notice the time passing. Every day I learned, I became more disciplined, became more patient, paid greater attention to detail and learned the satisfaction of a job done well. He gave me a framework to work within. Being mentored teaches you to be patient; to accept that every day for 15 years you have something new to learn. Mr. Legay taught me so much. But looking back, if I had to point to just one thing, it would be that patience, that capacity to believe that every morning could bring new knowledge. Once I became a mentor myself, that’s what really helped me, looking every day for the moment where even though I had been working with a team for years, I could shake things up and find something to learn and to teach. 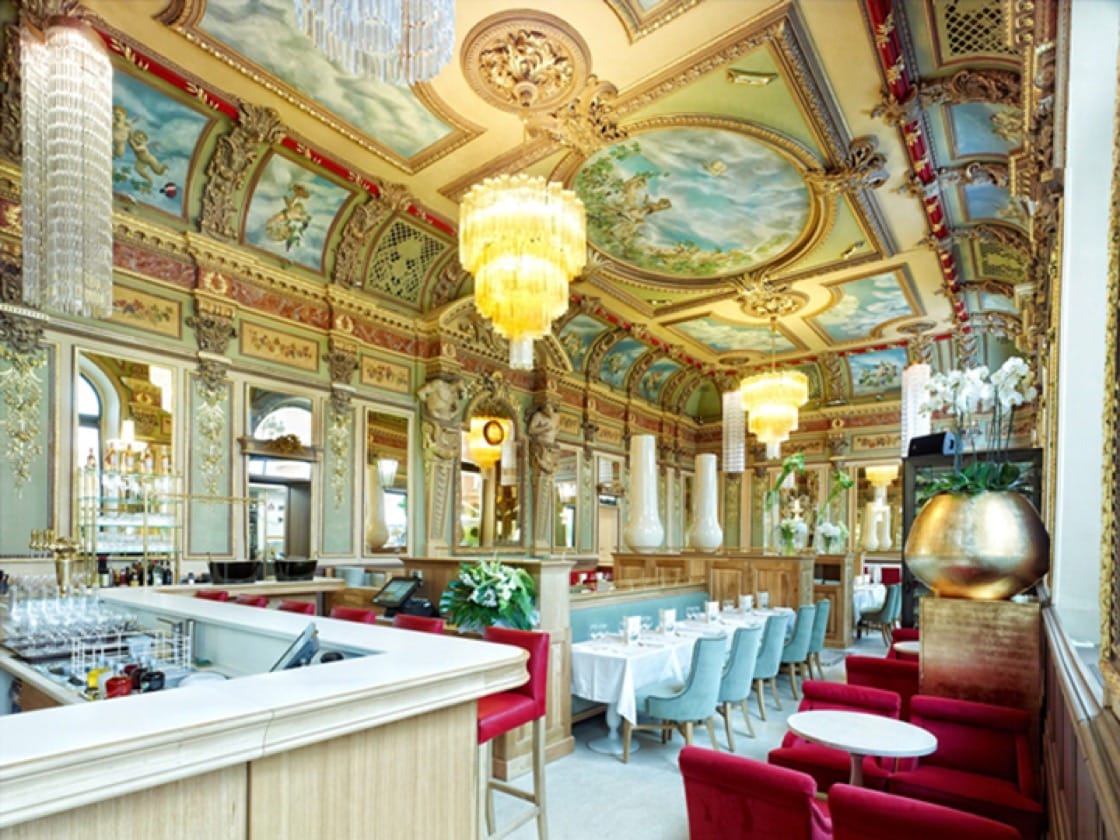 Do you keep in contact with any chefs you trained? How is the relationship now?
Of course I keep an eye of the careers of the chefs I had the honor to train. Here are a few of which I’m particularly proud: winners of the Meilleurs Ouvriers de France (Best Craftsman in France) such as Alain Montigny and Yannick Franques, those hailing from restaurants with three Michelin stars in addition to the Meilleurs Ouvriers de France like Eric Fréchon and Emmanuel Renaut. Those with 2 stars such as Jean François Piège, and those with one star like Jean François Rouquette, Stéphane Tournié, and very recently Michel Vico at Jasmin. I’m still in touch with those working in bistronomy, such as Yves Camdeborde, Thierry Breton, Thierry Faucher, and apprentices like Franck Baranger who has 3 restaurants now, and is always happy to chat. And there are younger chefs, like Yonefa Arangoïts from the Basque country, or Pierre Sang. And there are so many more.

It would be hard not to be proud of having had a hand in training them, not only because they are great chefs, but because they are great people. What means most to me isn’t the awards or the commercial success, it’s that I think that they have all found their own path, their own particular way of participating in our shared art. It’s that special something that they’ve shared with their customers. And most of all, that’s what I hope will shape what they pass on themselves. I also like to think that the people that they are training now are getting a little bit of me, and most of all a little bit of Mr. Legay. And I can assure you that we are always delighted to see the pupils outstrip their teachers.