Join us for an evening of exquisite dining experience with chef Yoshinori Ishii of two-Michelin-starred Umu​ in​ London​, United Kingdom. This event will feature a delightful 6-course dinner featuring signature and original creations by chef, paired with highly rated wines handpicked by Robert Parker Wine Advocate. 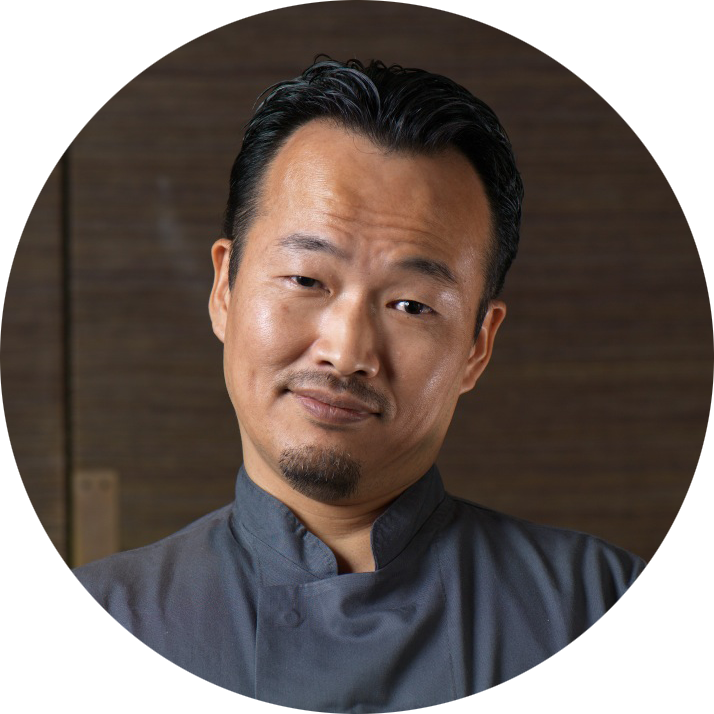 About the Chef:
Yoshinori Ishii brings over twenty five years of cooking experience to the elegant dishes Umu is famed for. As well as being a highly accomplished chef, he is also a skilled fisherman, potter, and calligrapher. Ishii has a rare eye for artful display as well as flavour, incorporating his expertise as not only a chef but also a skilled artist into each dish.

Ishii trained for nine years at the three Michelin-starred restaurant Kyoto Kitcho in Japan. Although he was sous chef, he also took responsibility for cultivating traditional Japanese vegetables and preserving and arranging all the cultural assets owned by the restaurant- from flower arranging to tableware.
Following his time at Kyoto Kitcho, Ishii then became Head Chef at the Japanese Embassy for the United Nations in Geneva and New York. He then worked as Omakase Chef at Morimoto restaurant also in New York. During his time there he received the prestigious ‘Rising Star Chef’ award and was a finalist for the Vilcek prize for culinary arts.

Ishii has designed the menus at Umu with both the traditional Japanese restaurant goer and the contemporary Japanese food lover in mind. The emphasis is on the provenance of the ingredients, for true Kyoto food is based around the core elements of water, vegetables and fish. He uses both traditional Japanese produce, as well as locally sourced ingredients to create inventive Kyoto influenced cuisine, including Kaiseki; a Japanese banquet that traditionally accompanied the tea ceremony.