Hong Kong born Chef Jie Ming Jan has over his career of 50 years perfected his mastery of classic Cantonese cuisine to the highest level. He earned his first Michelin star in 2008 as executive chef of restaurant Yuè in Hong Kong, and launched in 2015 Canton 8 in Shanghai, which he owns and operates. His expertly crafted dishes reflect the freshness of the ingredients he uses, with some inspired originality imparted to the traditions of Cantonese cuisine.

His mastery was crowned by 2 Michelin stars awarded in September 2016, as the Michelin Guide launched its first edition in Mainland China. 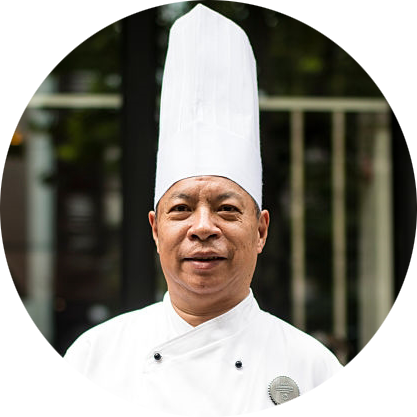 Chef Jie Ming Jian was born in Hong Kong in 1949 and has been working in the Food and Beverage industry since 1964. He is an Honorary Member of the French Les Amis d'Escoffier Society and earned his first Michelin star when working as Executive Chef in City Garden Hotel 2008 - 09. Chef Jian moved on to become the Executive Chef and Production Consultant of Tang Dynasty, Xi’an from 2010 - 15. Most recently, Chef Jian joined Canton 8 restaurant as Executive Chef in 2015.