You’ve watched the inspirational documentary about his culinary journey, now join us as we bring American chef Curtis Duffy’s three-Michelin-starred creations to life right in front of you for three nights only in December. As the third featured guest chef in our International Chef Showcase, chef Duffy will be serving an unforgettable 6-course menu for up to 60 diners per evening, paired with highly rated wines handpicked by Robert Parker Wine Advocate. 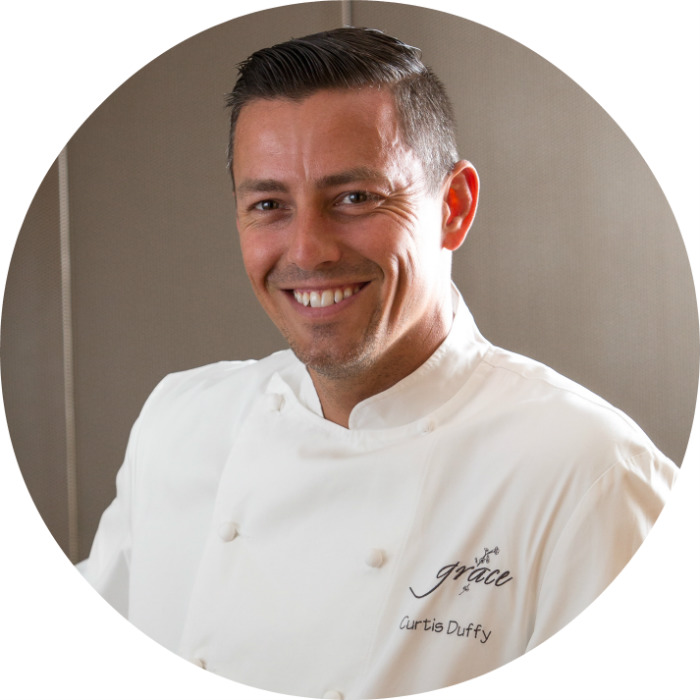 Born and raised in Columbus, Ohio, Curtis Duffy knew at a young age that he had a passion for cooking. After completing culinary school, he relocated to Chicago to pursue a career in fine dining at the esteemed Charlie Trotter's before leaving to work at Trio, where he met Chef Grant Achatz, with whom he would partner to open Alinea.

Duffy later took his skill set to Avenues, where he garnered many accolades including two Michelin stars. In 2011, he left to begin working on his own restaurant, Grace, which opened in late 2012. At Grace, Duffy showcases his culinary style - elegant, graceful cuisine that fronts the freshest, seasonal ingredients - by drawing on his wealth of experience and his mastery of kitchen techniques.

Since opening Grace in December 2012, Duffy and the restaurant have been awarded many accolades, including three Michelin stars in the Michelin Guide Chicago just two years after the restaurant’s opening.

The International Michelin Chef Showcase is a prestigious event that brings top guest chefs from Michelin-starred restaurants around the world to restaurants in Hong Kong and Macau so diners here get to experience some of the world’s best cuisines without having to travel. It is organised as part of the partnership between esteemed wine publisher Robert Parker Wine Advocate and Michelin, and brings together the most sought-after wines with exquisite culinary creations by the critically acclaimed chefs.