Coffee shops in Japan come in all shapes and forms, from age-old kissaten (it literally means tea-drinking shop, but coffee is a staple of the shop too) to pop-up cafés which only open for a few hours a day, from chain labels to boutique joints. It’s a culture that has begun to brew since the 18th century, when the Dutch cargo ships introduced coffee beans to island nation in the Far East. But the beverage didn’t reach true popularity until the early 20th century. The Brazilian government gifted coffee beans to the shop owners in Tokyo, and the drink immediately populated the 3,000 kissaten in the city during the 1930s.

As the Second World War set in, coffee bean became a scarce commodity. Many people tried to roast soybean as a replacement. But the trend of coffee drinking revived as the war concluded and economy took flight. Nowadays, cafés with personality can be found in almost any town in Japan. Tokyo has the most robust coffee scene across the country, and it’s not difficult to find a place where you can sit back with a cuppa deep in the night.

The five recommended cafés below are all located in Central Tokyo, with railway connection nearby. As the lights go out at department stores and restaurants, the roasted fragrance wafting from these outlets is the biggest draw for nocturnal animals. 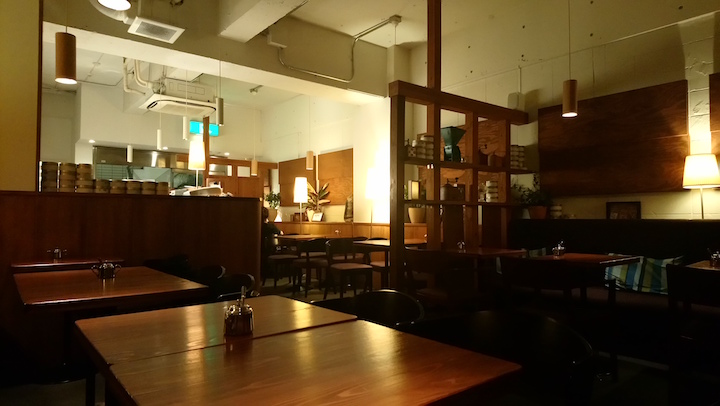 Delving into a narrow lane beside the Apple flagship in Ginza, there is a staircase leading to another world. Sanjikken’s interior is intentionally sombre, evoking an understated kind of warmth you’d associate with the late night. But coffee is the driving force of the shop. It features a special iced and hot drink every day made with different coffee beans. In addition, there is a special menu detailing the origin, characteristics and flavour profile of each bean. Its desserts come in large portions but aren’t the most unforgettable. Focus on tasting the coffee and finding your favourite blends to bring home.

Number A is one of the few cafés that run until midnight in Tokyo. The joint gets more bustling as the night goes by. Its carefree outlook means patrons can converse without lowering their voice and stay for as long as desired. A longer lunch service period is another trait of Number A. The reasonably priced lunch set is provided between 11:30am and 5pm, consisting soup, a drink and a main course from five to six choices. Travellers can explore the neighbourhood after lunch there and return for a coffee or glass of wine in the evening to experience the contrast of atmospheres during difference times. 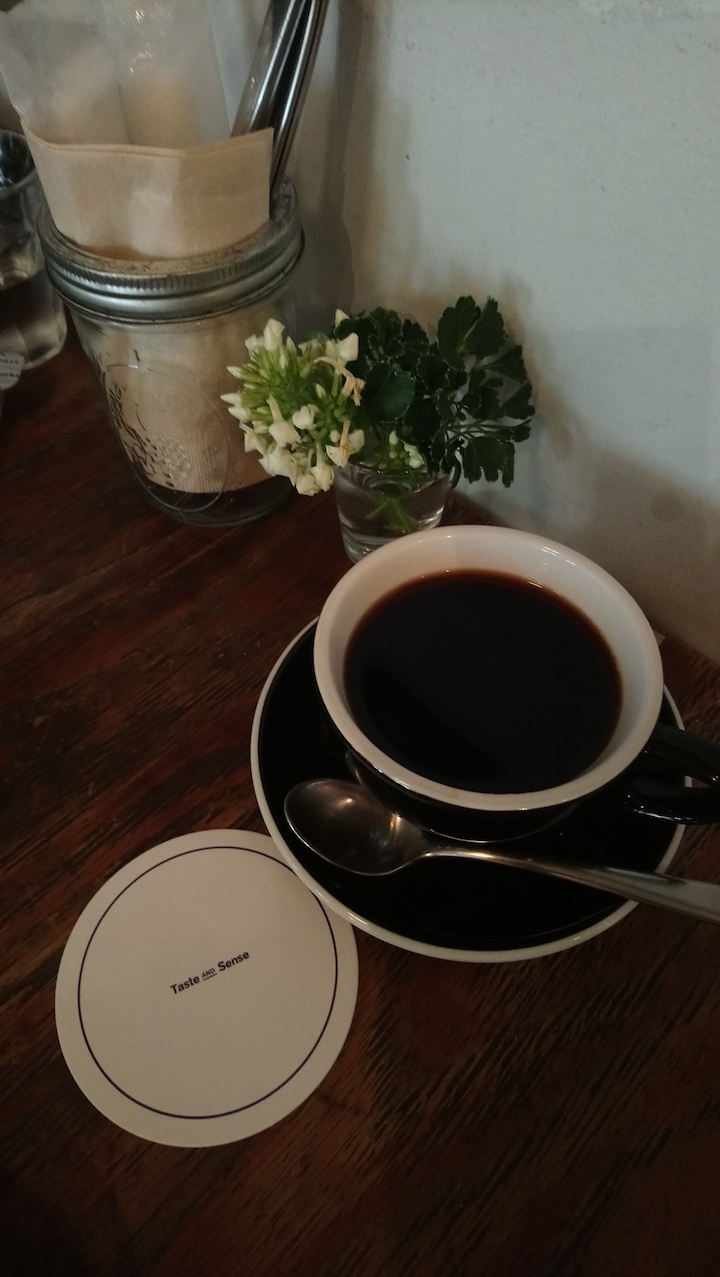 Meguro-inhibiting Taste AND Sense is a satellite establishment under stylish lifestyle label 1LDK. Like the latter’s fashion and home decorating pieces, the café assumes a spontaneous vibe like any other neighbourhood shop. It’s set up with a takeaway coffee counter for people on the go, but it’s worth going inside the joint to enjoy its complete offering. It features lunch sets during the day and transforms into a bar at night, serving original cocktails as good as its house blend coffee. It’s a place where friends can loosen up regardless of what you like to drink. While you’re there, don’t forget to check out 1LDK’s womenswear and home accessories shops on the opposite street.

The brainchild of Pop Art guru Takashi Murakami, Bar Zingaro is integrated into his galleries Zingaro Space, Kaikai Zingaro and pixiv Zingaro on the same floor, giving visitors a post-art appreciation unwinding spot. The coffee shop’s design reminds patrons of the artist’s studio, as the wall is lined with Murakami’s artworks with the signature smiling flower motifs. The dining area is fitted with sofas, bar stools and retro chairs surrounding the large communal table. Each corner conveys a different feeling, and this is even more accentuated during the evening. Furthermore, the coffee beans by the winner of the World Barista Championship 2004 Tim Wendelboe are the best souvenir for coffee lovers. 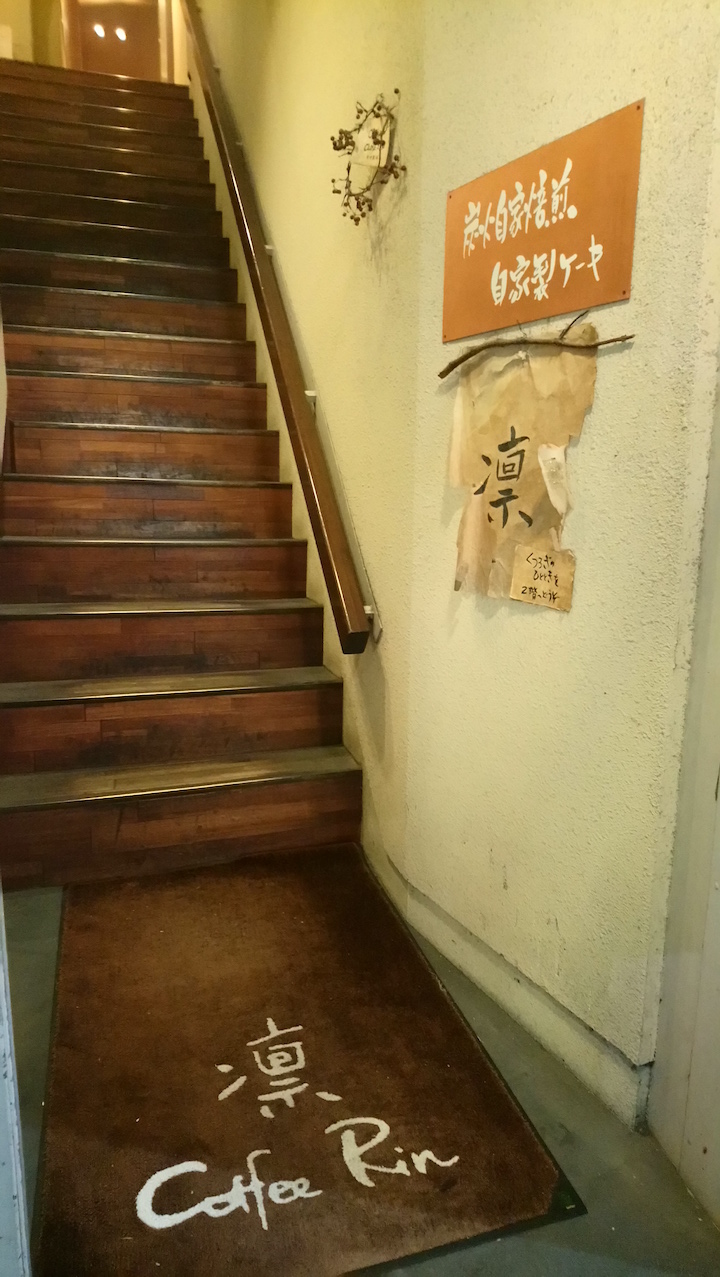 Coffee Rin doesn’t leave anything to the hands of others, roasting coffee and baking cakes (six options available daily) in-house. And the result is delicious food and beverage through and through. Ascending to the second-floor location, the city’s sensory shock gives way to a calm, softly-lit social space. Unlike the sharp-tasting coffee elsewhere, the café adopts a longer blooming time in making the pour over coffee, so the beverage turns out mild enough to attract even the rare coffee drinkers.