Whether you are keen on learning the history and fermentation process of the liquor, or simply curious about the tastes of different types of awamori, a trip to a distillery is the best way to lift the veil on the traditional Okinawan beverage.

Okinawa has about 50 awamori distilleries, with many offering free tours. While the majority of these distilleries can’t be reached by public transport, you can easily get to the following two locations by Yui Rail or local bus. 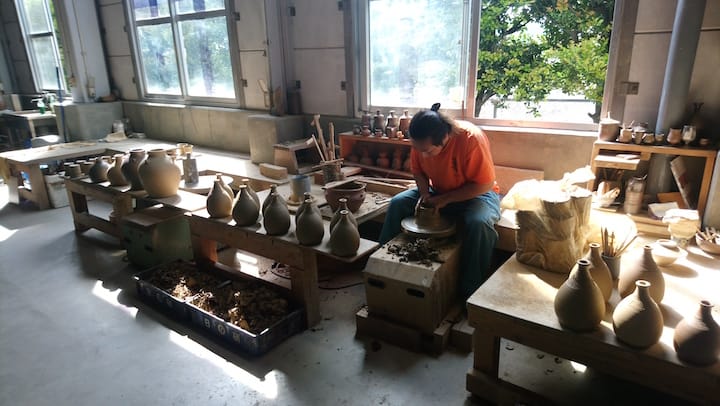 Chuko Distillery: Traditional Wooden Kusu Cellar
If you have sufficient time on hand and don’t mind venturing to the suburb, Chuko Distillery, which was established in 1949, is an eye-opener. It’s located farther from the city centre, which requires travellers to make a transfer by bus from the Akamine railway station. But it’s definitely worth spending two to three hours there on your visit.

The tour is divided into several parts. First, you can see the artisanal fermentation process of awamori through the glass window then observe the production of the ceramic jugs used to contain the spirit at the kiln, go to the wooden cellar where scents of kusu (awamori matured for three years or above) fill the air and, finally, sample the drinks at the tasting point. Among all the stops, the age-old cellar is a precious sight because wooden architecture is rarely found in Okinawa. Its scale is immaculate: inside lies eight gigantic barrels, 45,000 bottles of kusu and 800 jugs of the liquor.

There are 10 types of awamori for visitors to taste for free. For those who don’t drink, the distillery also provides non-alcoholic fermented beverages. The hospitality of the staff guarantees a carefree experience.

Address: 556-2 Iraha, Tomigusuku-shi, Okinawa-ken 901-0232
Opening hours: 9am to 5.30pm daily (Closed on 1 January), half hourly tours, last tour 4.30pm
Direction: Take Bus No. 89 (Itoman line) from the Akamine railway station. Get off six stops later at Ganaha (bus fare costs 280 yen). Walk for three minutes.
Reservations can be made through email (kengaku@chuko.org) or the distillery’s website. 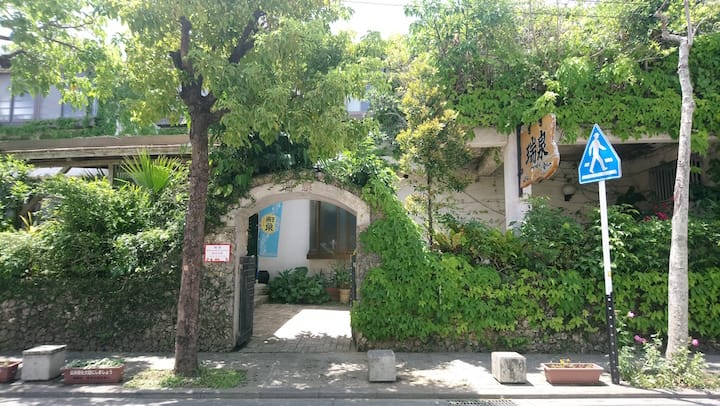 Zuisen Distillery: Set In An Ancient City
If you can’t fit a long distillery tour into your itinerary or don’t have the time to reserve, Zuisen Distillery is in close proximity to the primary attraction of Shuri Castle. Established in 1887, the distillery sits comfortably alongside the grand gusuku and where the locals live. Its exterior is shielded by layers of trees and vines, which adds a touch of mystery to the site.

The tour begins on the top floor, where you’ll learn the history of Zuisen Distillery in a few minutes from a video. Laid in the background are old barrels and bottles that lend legitimacy to the viewing room. Moving downstairs, fermentation equipment is displayed behind the glass windows on both sides. Despite the glass, the smell of the liquor is palpable.

Messages from visitors over the years are shown on the first floor and free samples are available at the shop. Instead of being a completely organised tour, the biggest charm of Zuisen is that it allows visitors to walk around freely. The convenient location is also a draw.

Address: 1-35 Sakiyama-cho Shuri, Naha City, Okinawa
Opening hours: 9am to 5pm (Closed on Sundays, public holidays, and the second and fourth Saturdays of each month)
Direction: 10-minute walk from the Shuri Railway Station 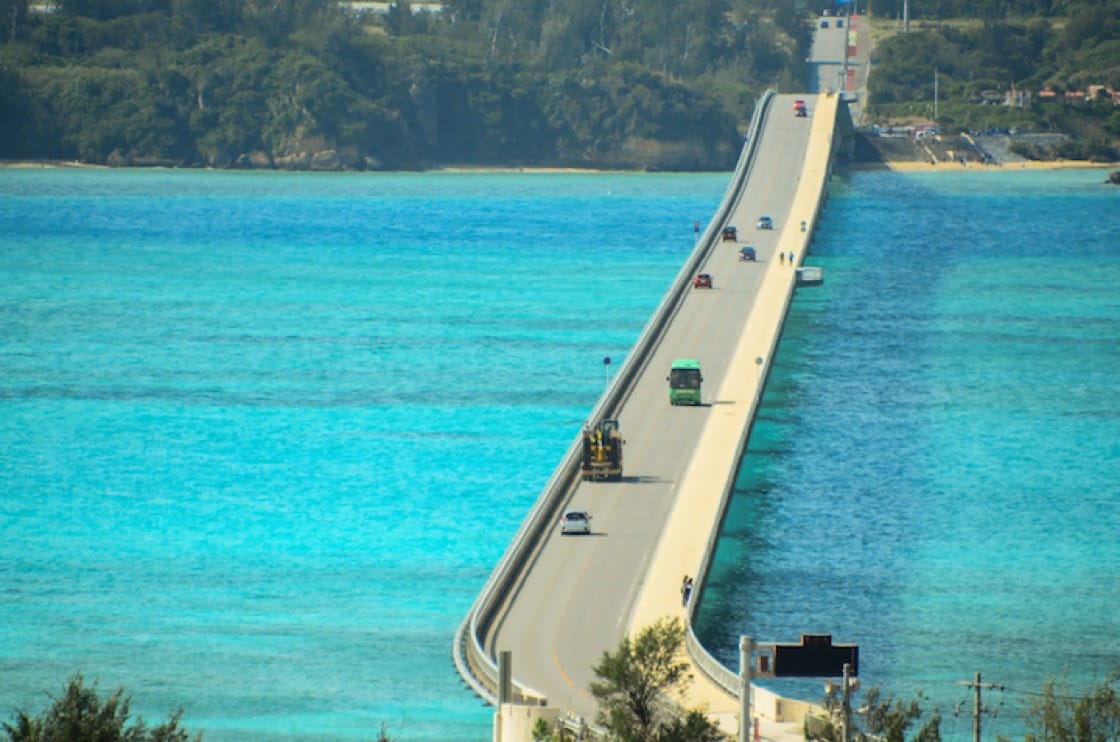 Awamori tour options are abundant in Okinawa if you drive or hire a taxi.

If you rent a car or travel by taxi, the following distilleries are also worth considering:

Beware if you are renting a car — there are strict laws in Japan for how much blood alcohol content constitutes intoxication, so it is best not to drive after consuming alcohol.

This article is written by Xiao Shan and translated by Vincent Leung. Click here to read the original story.
Advertisement
Advertisement