Established in 1756, the Austrian glassware manufacturer Riedel is among a small set of world-class heritage brands celebrated as much for innovation as tradition. Best known for designing glassware to enhance the specific properties of individual grape varietals, the global company also coordinates efforts to bring about positive social change. In the past, they’ve collaborated with Living Beyond Breast Cancer in the United States and the Princess Margaret Cancer Foundation in Canada, among others. 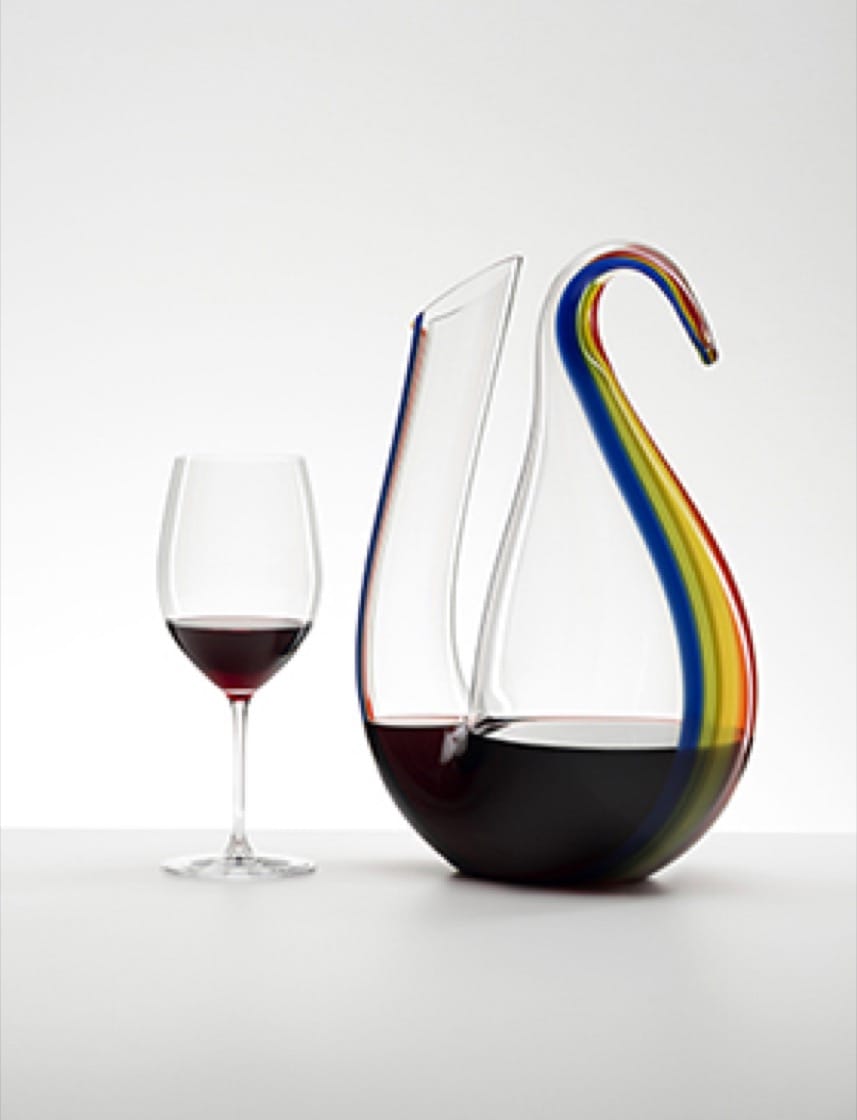 The foundation, established in 1992 in the United States and 1993 in the United Kingdom, has raised over $200 million since its inception for innovative HIV prevention, education programs, direct care and support services to people living with the disease.

The 75 decanters―which feature a rainbow with a silver swirl and the musician’s original signature―sold out quickly upon release. “Cross culturally, rainbows represent equality, tolerance, hope and diversity,” Riedel says. “Each special edition decanter is unique to itself and optically blown, which brings about a shimmering effect with changing incidence of light.” While most Riedel special editions comprise 50 units, Riedel added an additional 25 for this edition to commemorate the 25th anniversary of John’s foundation. 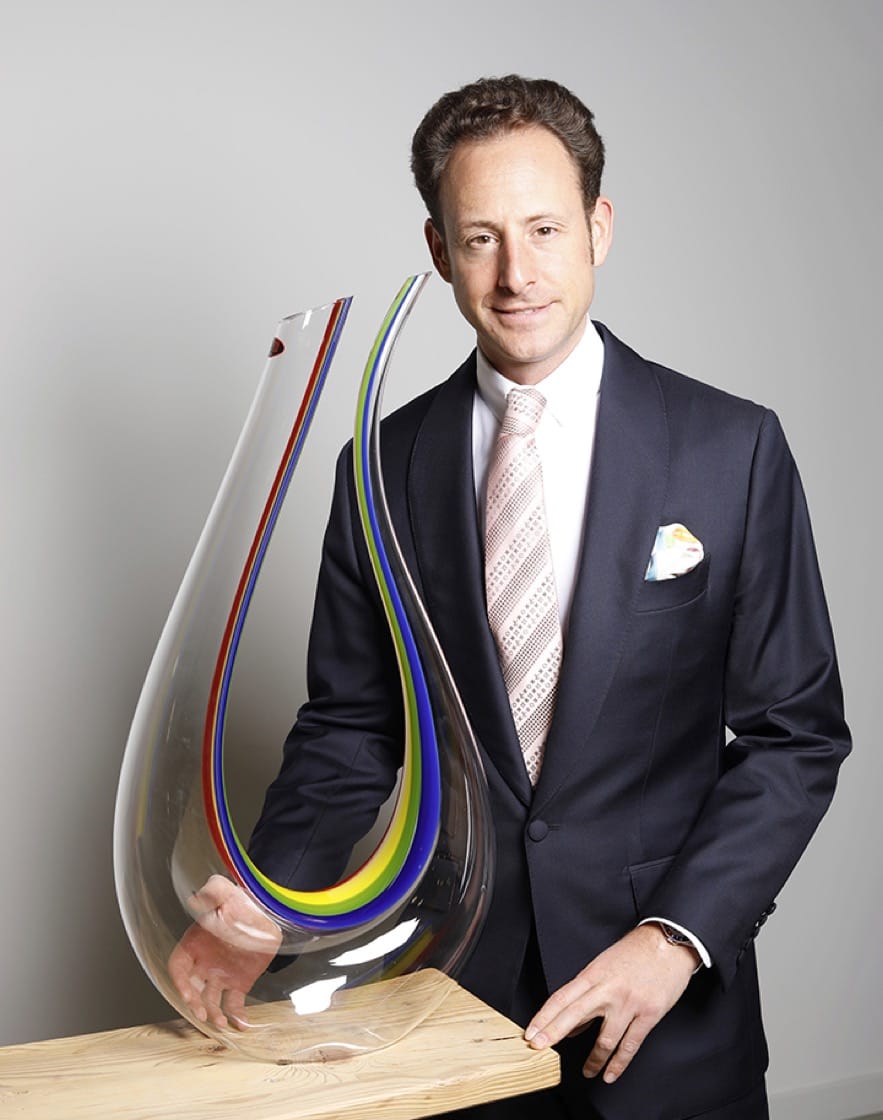 Alongside his father, Georg Riedel, Maximilian works primarily from Riedel’s office in Kufstein, Austria, developing new technologies and designs. Over the years, he’s taken responsibility for many of the brand’s new products, including the popular 2004 stemless “O” series. The success of this recent design partnership with Sir Elton John should encourage other partnerships to form between influential wine and food brands and the HIV/AIDS community, as well as Riedel’s continued support of charities worldwide.

What It's Like to Award a Wine a Perfect 100 Points