Trendy can sometimes mean less-than-stellar food, but the hip Coconut Club surprises with its well-rounded cooking and refreshing drinks. Perhaps less surprising to fans of Hawaiian cooking—SPAM has its own menu heading here, with three dishes and even a cocktail paying homage to the potted meat. But if that isn’t your thing, there’s still plenty of other items to nibble on here. The almighty pig is exalted in Hawaiian cuisine, so expect plenty of pork, whether it’s garlic-honey-glazed pork ribs or the Kalua pork Lazy Susan. It’s is the ultimate family-style meal centered around juicy, shredded roast pork with fluffy King's Hawaiian rolls fanning out from there. Bowls of pickled cucumbers and sweet cabbage and Kalua sauce bring everything full circle. 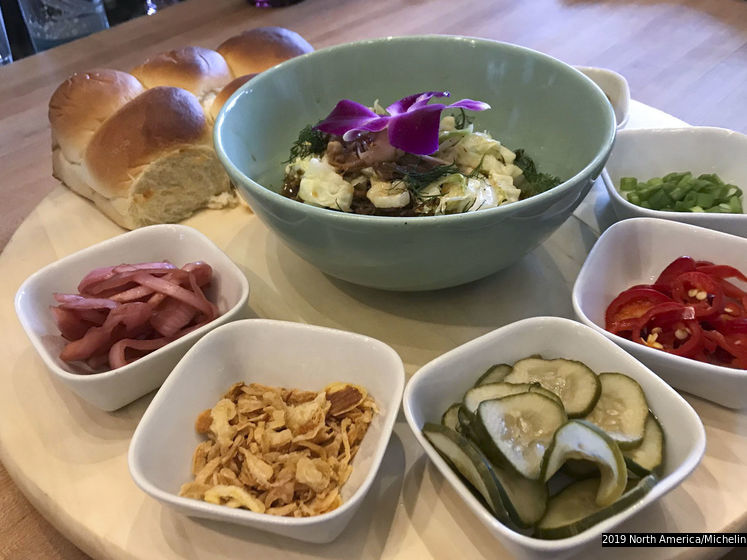