On Sunday, chef/owner Patrick O’Connell and the entire team at The Inn at Little Washington are celebrating their 40th anniversary, a milestone that only happens every so often in the constantly changing roller coaster ride that is the hospitality industry.

Looking back four decades, one wouldn’t recognize the two-Michelin-starred property on the corner of Main and Middle Streets. The self-taught O’Connell, along with his former business partner, Reinhardt Lynch, began transforming an old garage into a charming restaurant to host their small following of local gastronomes.

“It would definitely have been more cost effective to tear the building down and build something new,” O’Connell says. “But once we opened downstairs and built a commercial kitchen in the space there was no turning back.”

The Inn officially opened for business on January 28, 1978, with a staff of three, no liquor license and a handwritten menu offering two entrees: scampi griglia a la pescadora and escalope de veau au Calvados. Each were priced at $4.95. The restaurant turned the quaint town of Washington, VA—about an hour and a half drive from the D.C. city center—into a destination. 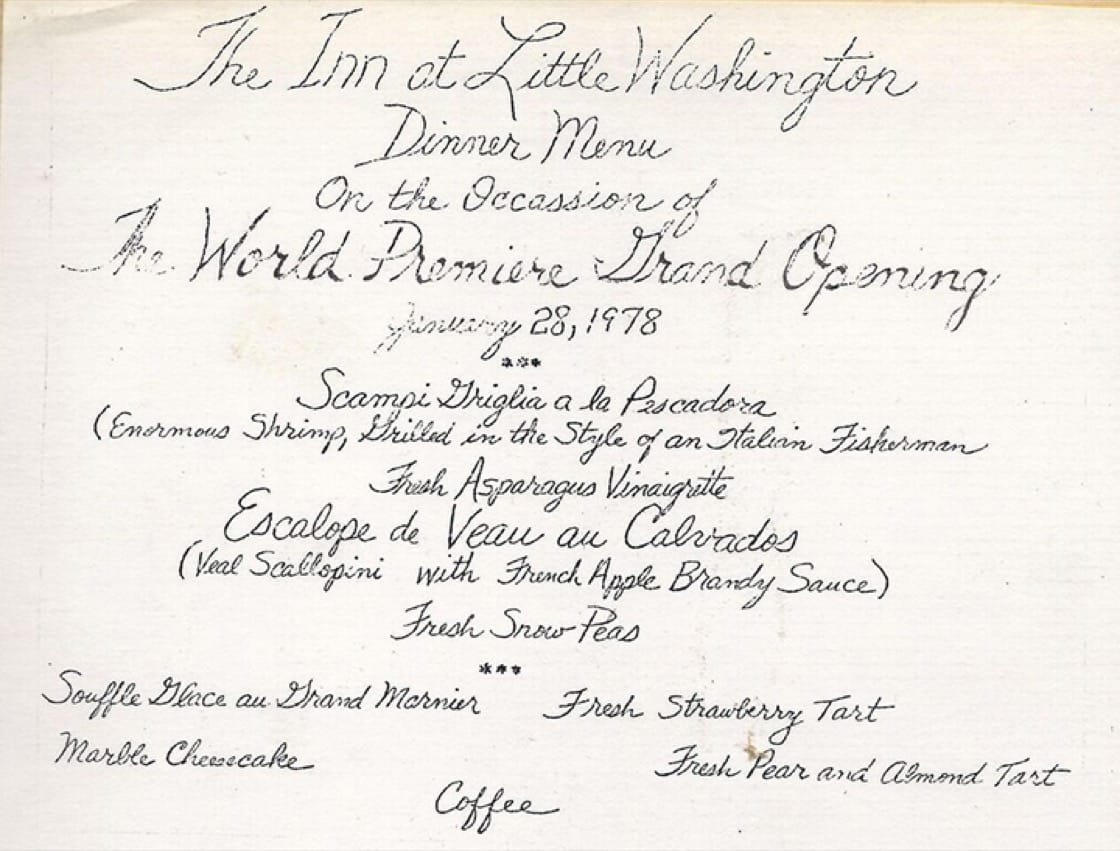 Not long after, the guest rooms started to take shape, something O’Connell remembers as a nightmare: “At the end of every evening when all the guests had departed, we had to dismantle the dining room, removing everything so the construction could go on above us. Then at 5:00 p.m. the following night, we had to put the dining room back together again. That went on for more than a year.” Guest rooms opened in 1984, and, like the restaurant, received amazing reviews.

Like the times, the Inn continued to evolve into a campus of a 30-table restaurant with a 14,000-bottle wine cellar, 24 guest rooms, a house named after Craig Claiborne, a gift shop and a ballroom. 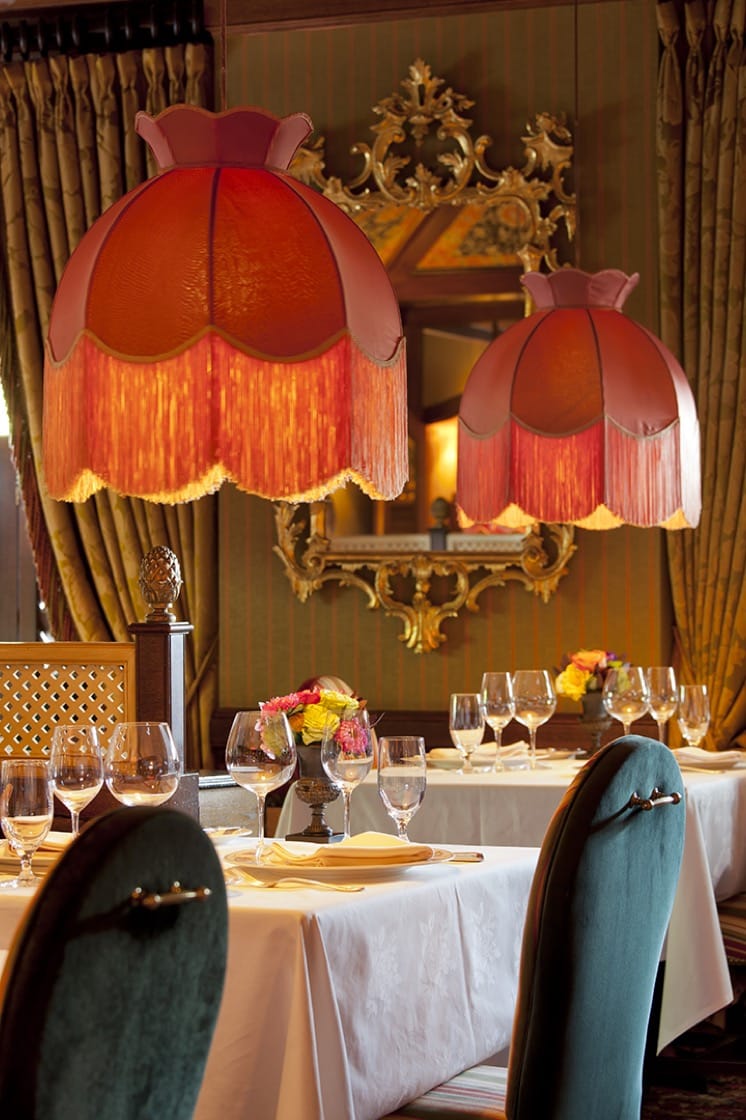 “When we opened in 1978, nothing but milk was delivered to this area,” recalls O’Connell. “We either had to grow it or drive into the city and bring supplies back here. Purveyors had no idea where we were and weren't about to drive out this far for a relatively small account.” As such, O’Connell developed a network of farmers to provide the Inn with local produce. “We didn't intentionally set out to create a regional cuisine,” he adds. “It came about as a solution to a problem and continues to evolve today. We now have our own farmer living on the property growing thousands of pounds of produce annually, as well as chickens, sheep orchards and green houses, and are approaching self-sufficiency.”

O’Connell also recalls that the D.C. dining scene was heavily influenced by France: “There were only a handful of American chefs working in the field.” Now, the Nation’s Capital is home to cuisines as far reaching as Ethiopian, Turkish and Filipino, and is one of four cities in the country to host the MICHELIN Guide.

“We were thrilled that Michelin finally decided to come to D.C.,” says O’Connell. “However, they announced in the first year that time and resources would prevent them from going outside city limits—we were ecstatic when they made an exception and decided to include us after all. It has already had a major impact for the nation's capital in being regarded as a serious culinary destination.”

Chef O’Connell welcomes the constant change, as it’s what excites him most about his job. “There's always a new construction project or a book to be written, and another challenge around every corner—nothing ever stands still,” he says. “The business becomes more complex every year and utilizes all your creative and intellectual faculties. And yet, you never arrive—the goal post keeps moving.” 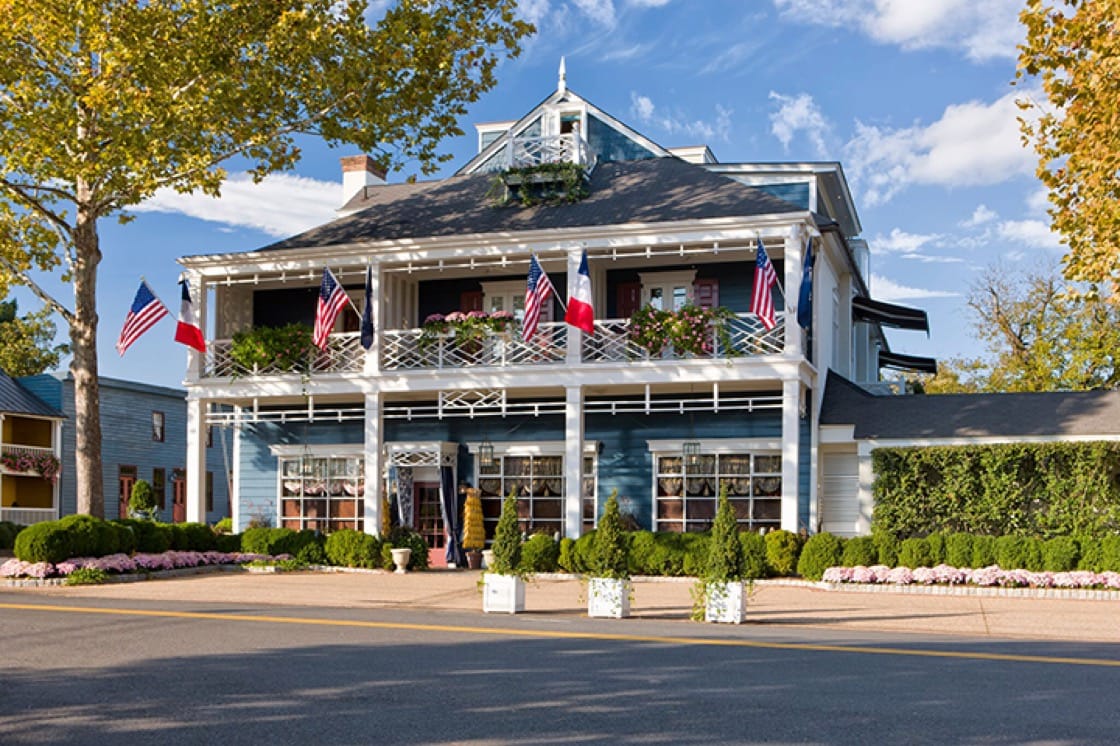 To commemorate the occasion on Sunday, an intimate dinner for family and friends will be hosted at the property. On the menu, guests will be delighted to see some of the Inn’s most popular dishes of yore, like a crab and spinach timbale. Guests can also expect a playlist featuring Billboard’s top hits from the era.

A number of staff members have been at the Inn for more than 20 years, some of which have children working on the property as well. O’Connell says this large family feel generates a “palpable enthusiasm” for what’s to come.

“At our 30th anniversary I made the statement that I felt the best was yet to come,” he says. “Afterwards I realized it could have seemed a bit audacious, but looking back now over the last decade I see that it was more than accurate. There is a powerful, collective momentum that will hopefully continue to build. Within the next year we're planning to open a charming sidewalk café in the town and continue renovating some of our other buildings. A memoir is in the works along with a television series. I feel safe in saying once again: the best is still yet to come.“

Support DC restaurants by shopping their pivot pantries and merch.