See What Hollywood A-Listers Ate After the 2018 Oscars

Find out what celebrities snacked on after attending the entertainment industry's biggest awards show of the year.

The accolades for the 90th annual Academy Awards, Hollywood’s glitziest awards show, were doled out last night, with quirky sea creature romance-thriller film, The Shape Of Water, snagging Best Picture, along with three other awards.

After sitting through the nearly four-hour long show, Hollywood’s A-listers let their hair down and loosened their belts (after squeezing into figure-hugging frocks and suits) at a glittering spree of post-Oscars parties. 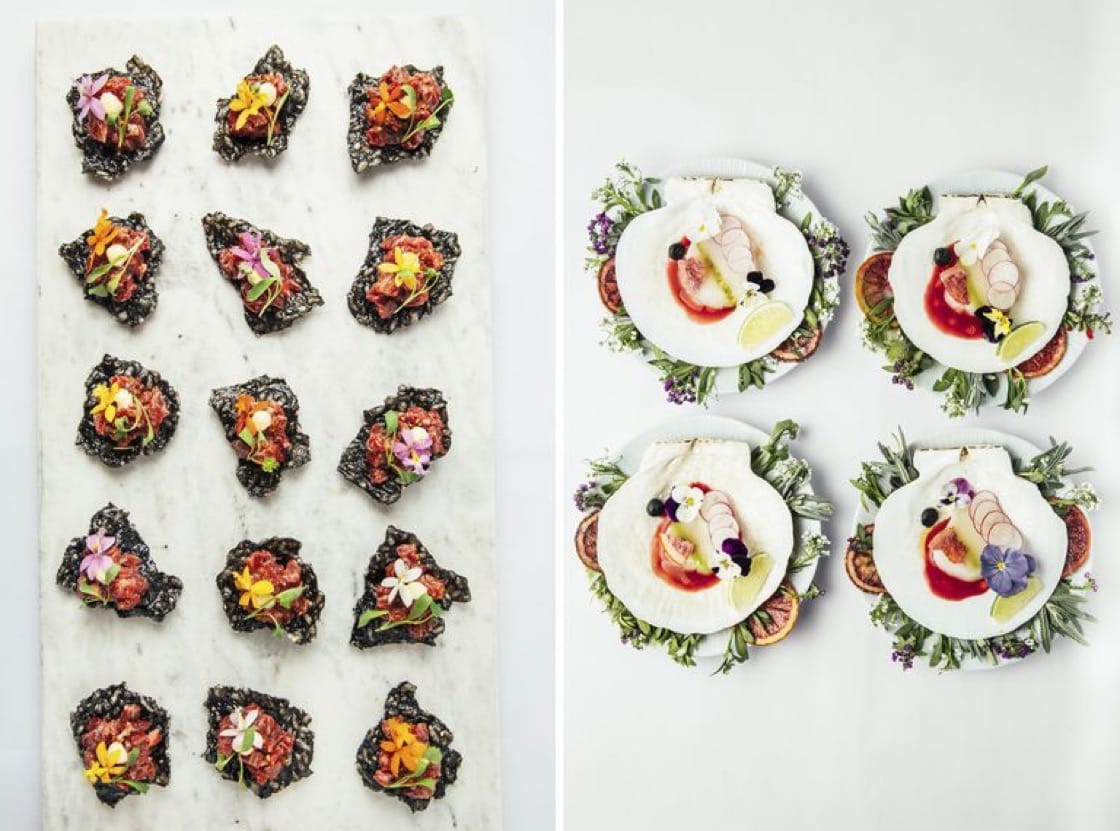 Crafting the menu at the Governors Ball for the past 24 consecutive years is world-renowned celebrity chef Wolfgang Puck. He was backed by a contingent of 300 kitchen crew and 900 waiters to make sure that the 1,500 guests go home—or to the next party—with happy and full bellies.

Upping the luxe level was a caviar bar that served dishes such as caviar parfait dusted in 24-carat gold dust. Accompanying the caviar was a raw bar decadently decked out in oysters, sea urchin and crabs. 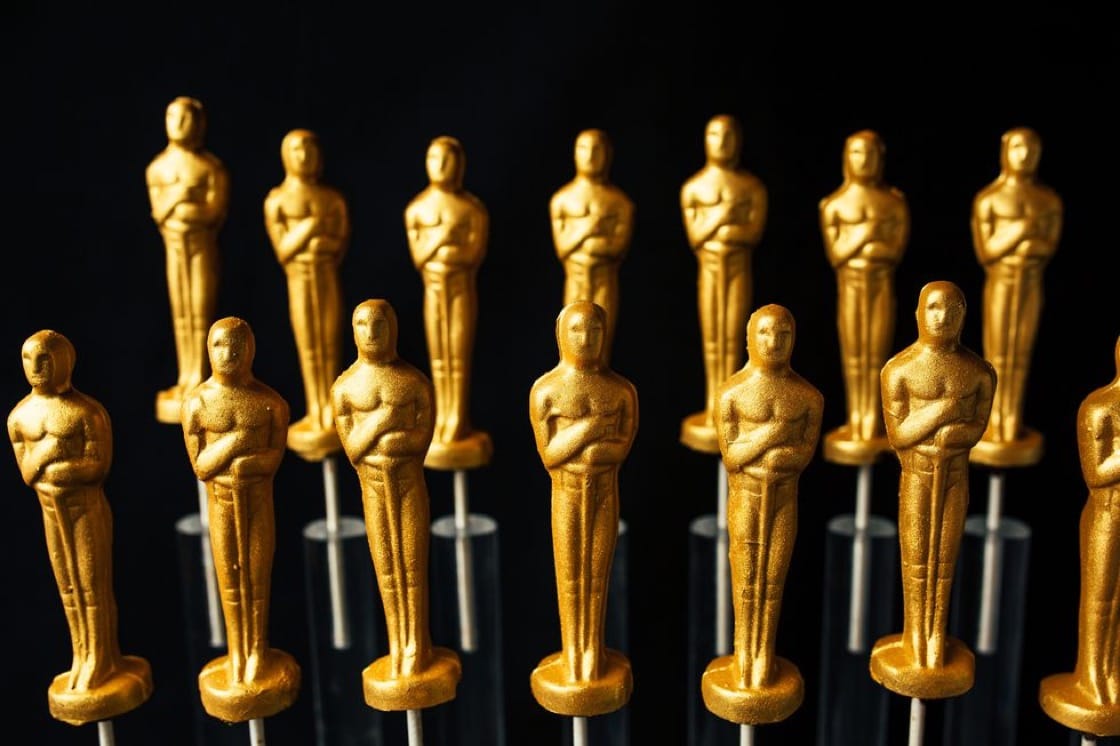 For dessert, celebrities had a second shot of snagging the golden statue in the form of 7,000 of Puck’s signature chocolate Oscars coated in edible 24-carat gold dust.

Other sweet treats to end the night included cocktail-inspired macaróns fashioned after drinks like the Negroni, Mojito and piña colada, marjolaine cake pops and lychee/rose/raspberry cakes.

Everything was washed down with the limited edition Piper-Heidsieck Champagne that was specially created to commemorate the 90th Oscars. 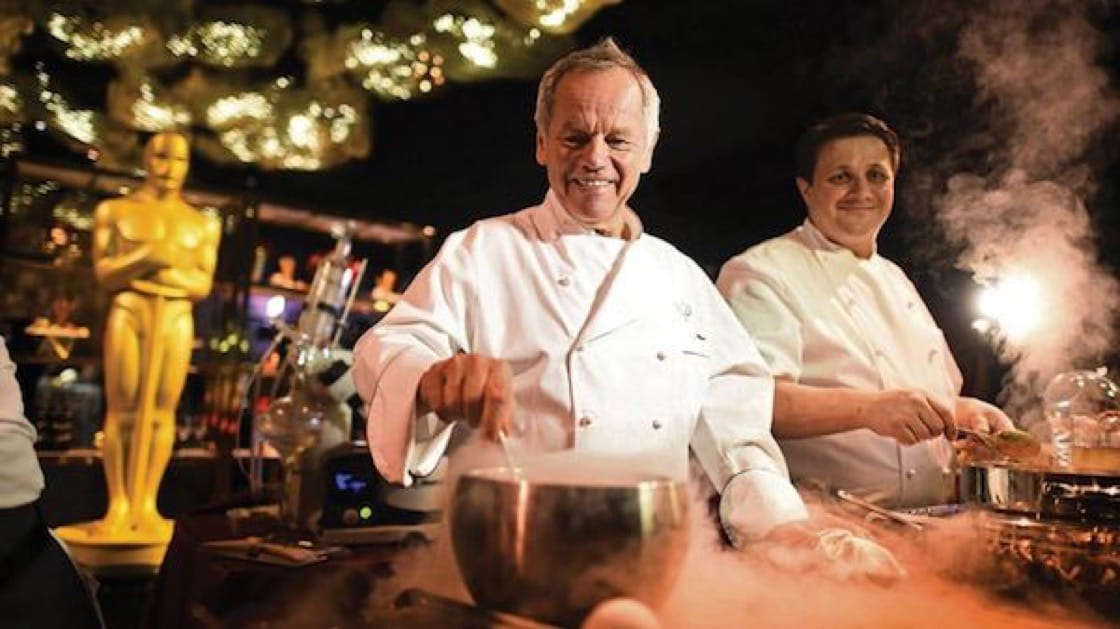 Celebrity chef Wolfgang Puck helmed the menu at the Governors Ball for the 24th consecutive year.

The full menu for the Governors Ball included: