Behind the Bib: Jaleo

José Andrés is a culinary force. The hailed chef from Asturias, Spain wears many hats: restaurateur, author, teacher and, of course, humanitarian. (Does he even sleep?)

An astounding life, indeed, Andrés—who studied at the esteemed Escuela de Restauracio i Hostalatge in Barcelona and trained at Ferran Adria’s famed El Bulli—emigrated to New York City in 1990. At the tender age of 20, he cooked at the stateside outpost of Spain’s famed El Dorado Petit before venturing south to plant his new roots in Washington, D.C. 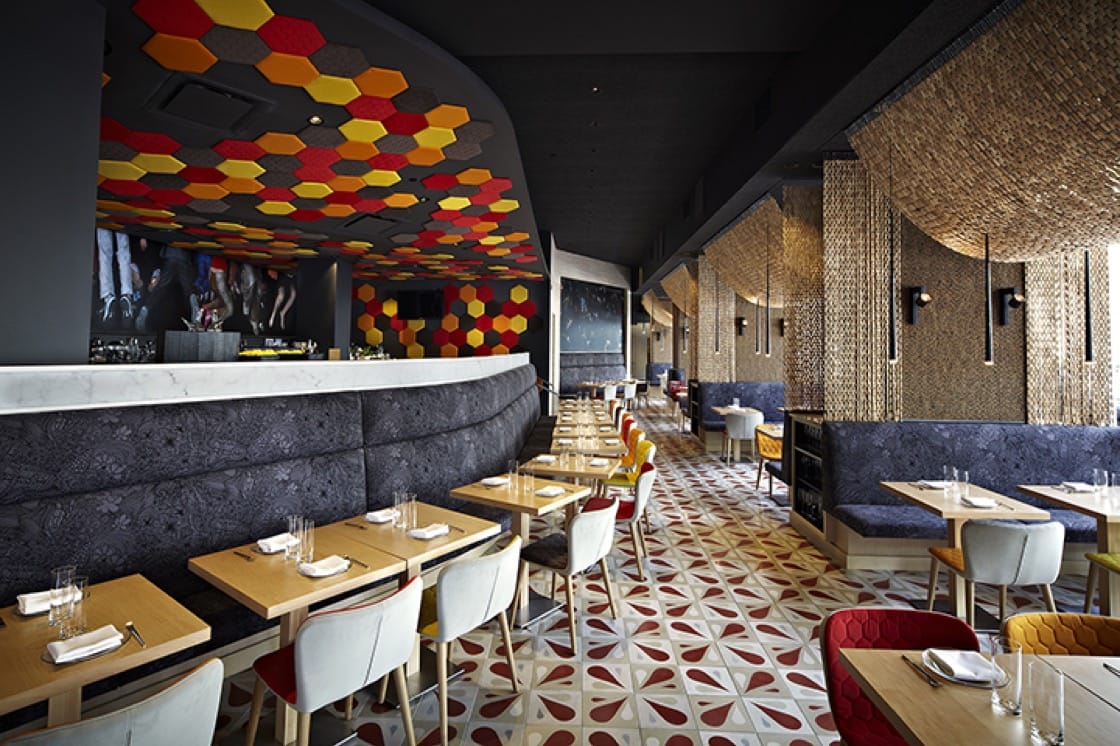 The original Jaleo location received a makeover in 2012.

Giving credit where it’s due, Andrés can be charged with starting the small plates craze in the U.S. when he opened Jaleo on 7th Street NW in the heart of the nation’s capital. Serving authentic tapas, Washingtonians were introduced to the simple pleasures of Spanish culinaria. Dishes like gambas al ajillo (shrimp and garlic sautéed quickly and served piping hot) and crispy paella were now accessible without the use of a plane ticket. (Wine snobs in the area could run amok with the selection of Sherries available on the list.)

At the original Penn Quarter location, Andrés’s whimsical tapas are still centerstage. “Sure, it has been open for over two decades, but there are no cobwebs in need of a dusting here,” state our anonymous inspectors. 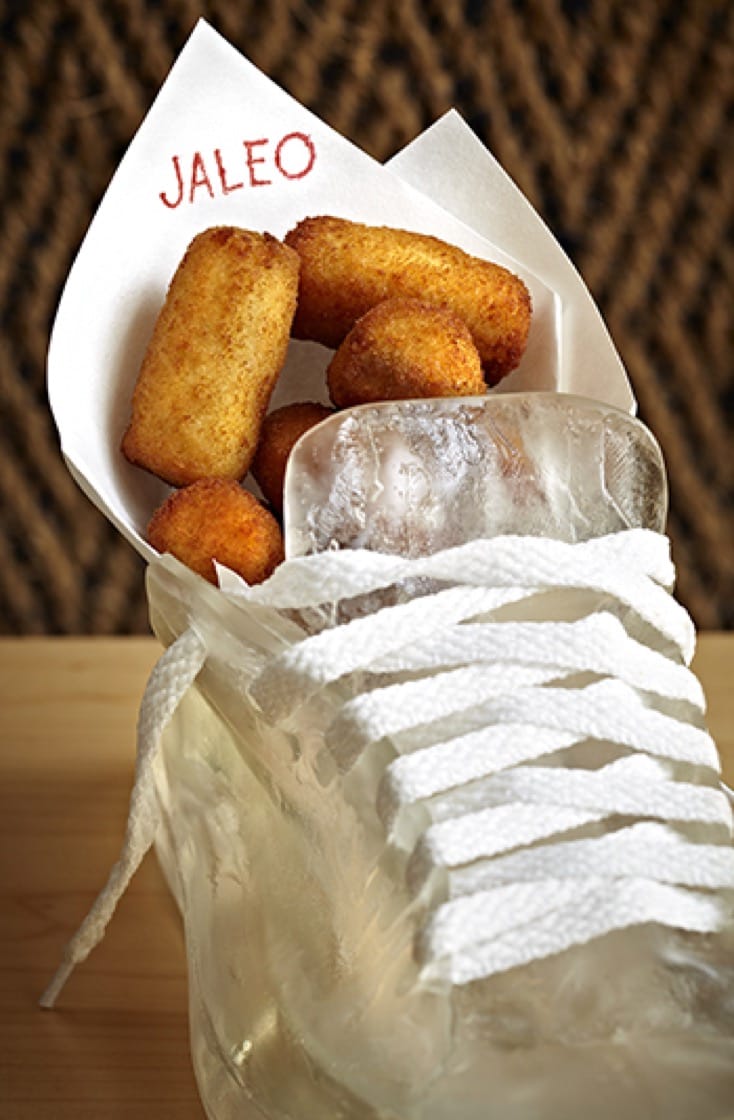 Running the kitchen at 7th Street NW these days is head chef Robbie Meltzer, who previously worked at the Bethesda location. Though the most popular item on the menu is the aforementioned gambas, Meltzer prefers the croquetas de pollo. “The dish is labor intensive—but it’s a labor of love,” he shares of the three-day process it takes to make the addictive snack. “I think that all of the care and love you put into making these really shows through in the final product.”

Croquetas are also stuffed in two other ways: with cured Ibérico ham as well as lobster and crab. Regardless of your choosing, the deep-fried snack arrives via a vessel resembling a Converse sneaker designed by Sami Hayek.

Another crowd-pleasing favorite on the menu hails from Andrés’s childhood: paella. Being in charge of the fire, Andrés was taught from a young age that the rice is the star of the dish, learning how to control the heat to gain that essential paella texture. At Jaleo, six paellas including the tried and true classic from Valencia and black fideos with squid, Spanish octopus and squid ink are listed on the menu; every night, two are chosen and require 45 minutes of preparation. 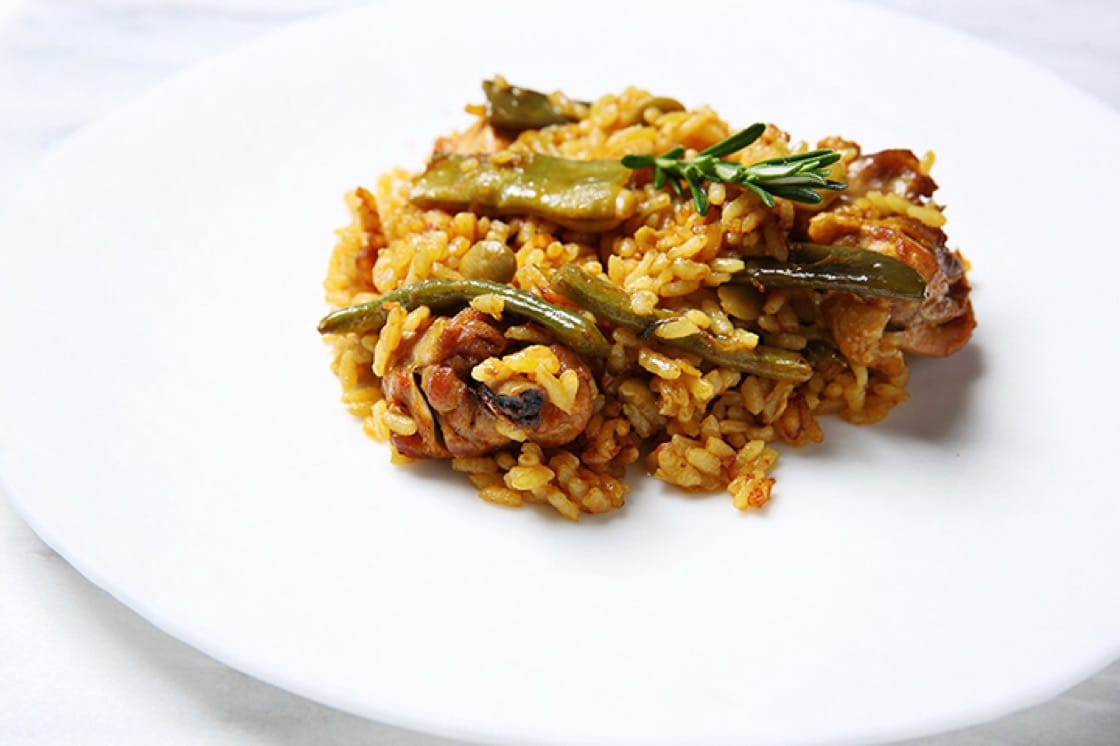 To wash it all down, Meltzer recommends José’s Choice gin and tonic—a classic at the restaurant, made with Hendrick’s gin, lemon verbena, juniper, lemon and lime. “Before Jaleo, I wasn’t a big gin drinker,” he admits. “But when I was introduced to [this], it made me fall in love with the drink as a whole. It’s refreshing, delicious and is a cocktail you can have any time, any day and anywhere.”

To celebrate a quarter of a century, a commemorative tasting menu is being served at all Jaleo locations for $55 per person. Each month, special “throwback” tapas are pulled from previous menus; look forward to marinated Spanish olives with Manchego; Basque-style squid with rice and squid ink sauce; and fried potatoes with Cabrales blue cheese sauce being dished up in April.