Make this Italian antipasti from the Carbone menu at home.

Carpaccio was reportedly invented in 1950 by Giuseppe Cipriani from Harry's Bar in Venice, and is named after an Italian Renaissance painter with a fondness for using red and white. With this knowledge in tow, it's no surprise that this dish is found in the antipasti section of both the lunch and dinner menus at one-MICHELIN-starred Carbone. According to inspectors, "Mid-century classics are what this menu is all about."

This preparation features a truffle emulsion, toasted walnuts, shallots, chives, mushrooms, arugula and olive oil. "It's a very classic preparation," shares chef Mario Carbone of his inspiration. "Piemontese beef is very lean and is always served raw or very rare. All the other flavors are classic Piemontese ingredients—the truffle, walnuts and mushrooms are all ingredients you will find growing and used in Piedmont."

Here's how to make it at home. 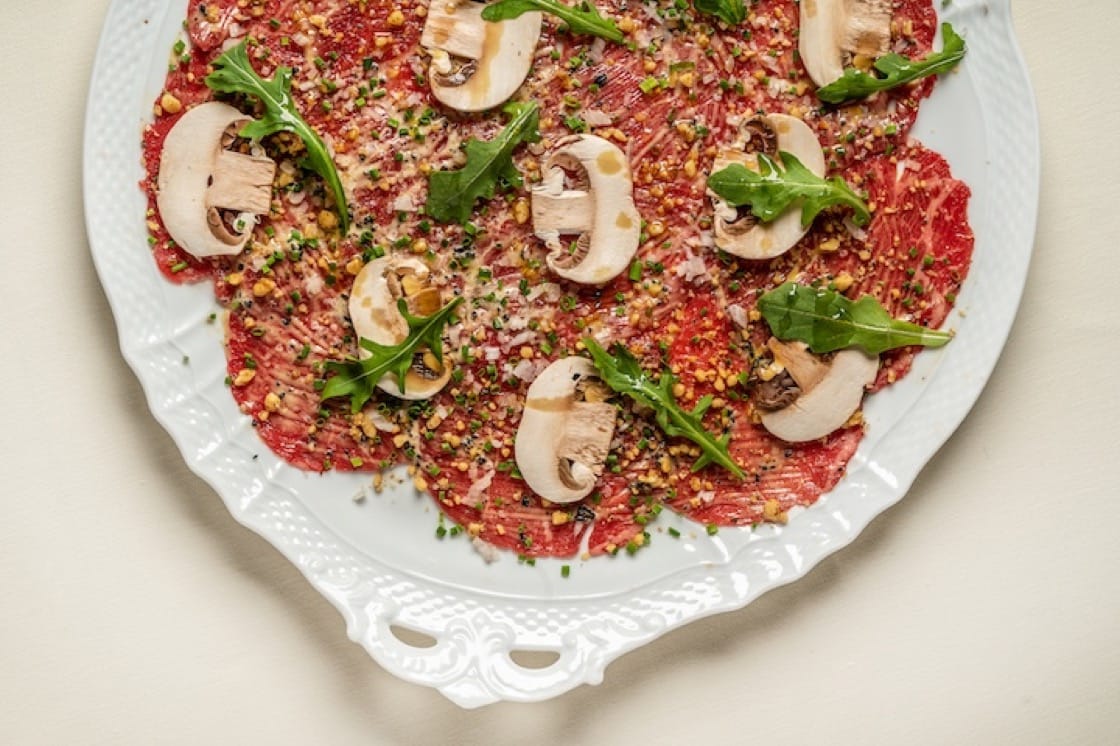 1. Roll beef tenderloin into logs and freeze. Thinly slice meat, preferably on a deli slicer. Arrange on a plate.

2. Brush the beef with the truffle emulsion. Sprinkle the walnuts, shallots and chives over top and season with some salt and pepper.

3. Thinly slice button mushrooms on a mandolin and spread out evenly over the carpaccio.

4. Add arugula, season the top with a little more salt and pepper, finishing with a drizzle of olive oil.

3. Emulsify in the oils, adding truffle oil last. Season with salt and pepper.

social media Recipe Chefs and the Community
Dining Out 5 minutes

Got a hankering for pasta and other Italian specialties? Here’s where to go.