Beyond this quaint and charming façade lies one of Little Italy’s famed mainstays, ever-popular with dreamy-eyed dates seeking the stuff of Billy Joel lyrics. The expansive space does indeed suggest a nostalgic romance, with its series of Mediterranean-themed rooms, though the most celebrated is the pleasant garden atrium (il cortile is Italian for courtyard), with a glass-paneled ceiling and abundant greenery. A skilled line of cooks presents a wide array of familiar starters and entrées, from eggplant rollatini to chicken Francese; as well as a range of pastas, such as spaghettini puttanesca or risotto con funghi. Several decades of sharing family recipes and bringing men to one bent knee continue to earn Il Cortile a longtime following. 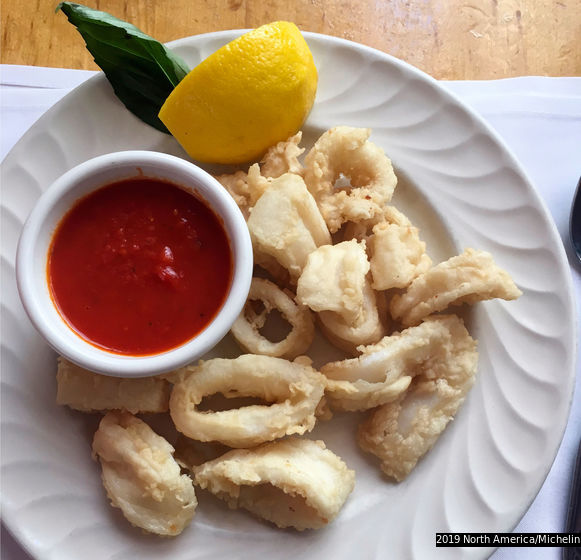