The chef and owner explores the cuisine of her native Republic of Georgia at her East Village restaurant.

“If you ask for water, they will offer you wine,” says Maia Acquaviva, referring to her hospitable compatriots in the Republic of Georgia. Acquaviva, chef/owner of the Georgian restaurant Oda House in Manhattan’s East Village, has been showcasing that hospitality for the past five years, offering New Yorkers a warm welcome, and a bountiful cornucopia of traditional specialties like the cheese- and egg-filled yeast bread known as khachapuri and juicy khinkali (meat and herb dumplings). Oda’s wine list reflects an ancient grape culture dating back 8,000 years that has been revitalized since Georgia gained independence from Russia in 1991. 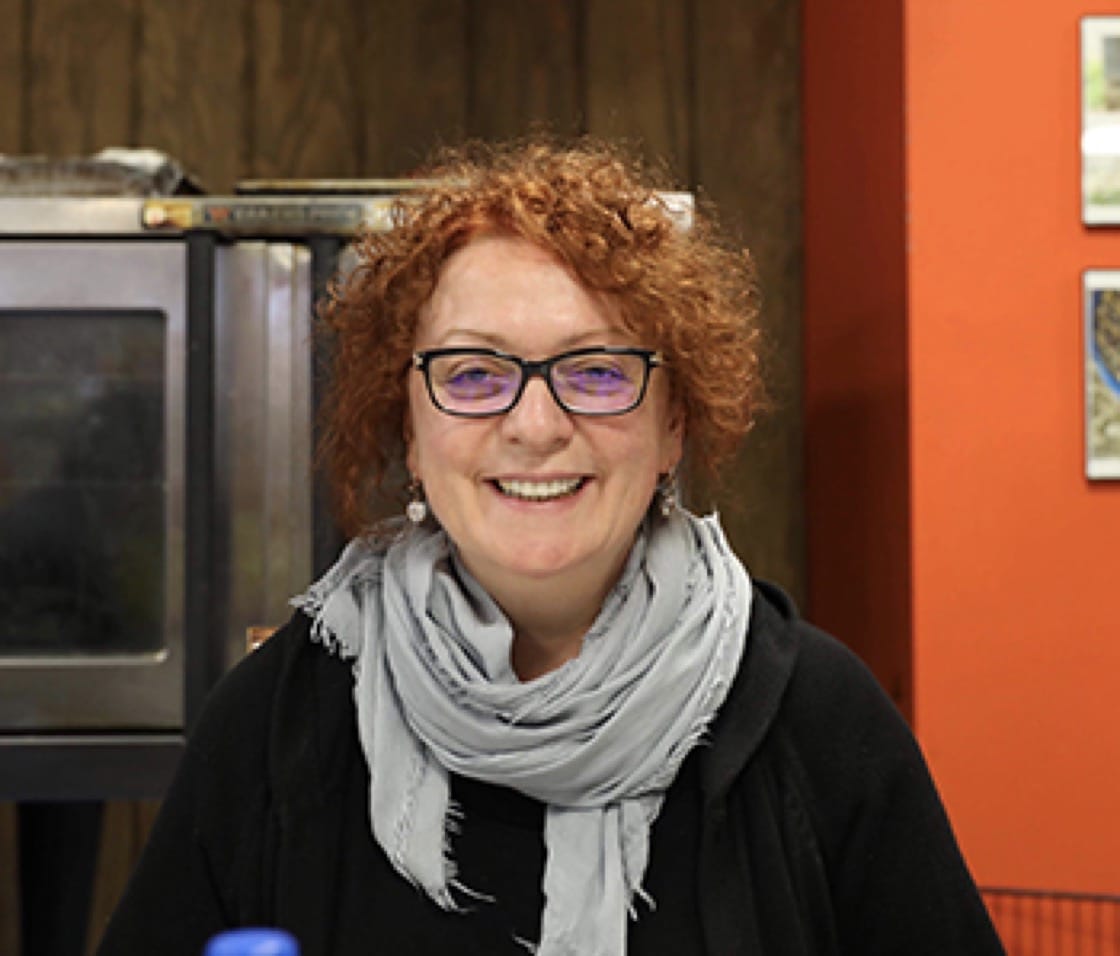 Acquaviva was born and raised in Georgia, where spending time in her grandmother’s kitchen nurtured a lifelong passion for cooking. Nevertheless, she opted for a career providing healthcare rather than hospitality, becoming a successful plastic surgeon with her own practice. But even after operating for eight hours, she recalls, “I was coming home and cooking—it was relaxing, a great feeling.”

However, she admits “you never know what happens in life” and “a very difficult situation,” the end of a marriage, impelled her to leave Georgia and emigrate to the United States a decade ago. Arriving in New York with no contacts—and practically no English—Acquaviva took a job as a physician’s assistant, but acknowledges, “[it] was painful for a doctor.” Salvation came through a birthday cake she made for a friend. Her moist pineapple and chocolate creation drew raves and led to orders, then catering, and finally a decision to switch knife skills and attend culinary school.

After graduation, she became executive chef at the Russian restaurant Mari Vanna, preparing dishes for a cuisine very different from that of Georgia. A year later, Acquaviva decided to open her own establishment, introducing diners to the myriad dishes that represent her diverse country.

Georgia sits at the crossroads of Western Asia and Eastern Europe along the ancient Silk Road. Bordered by Russia in the north and Turkey to the south, its mountainous terrain and varied climate yields an enticing culinary melting pot of influences from the Black Sea to the Caucasus Mountains. 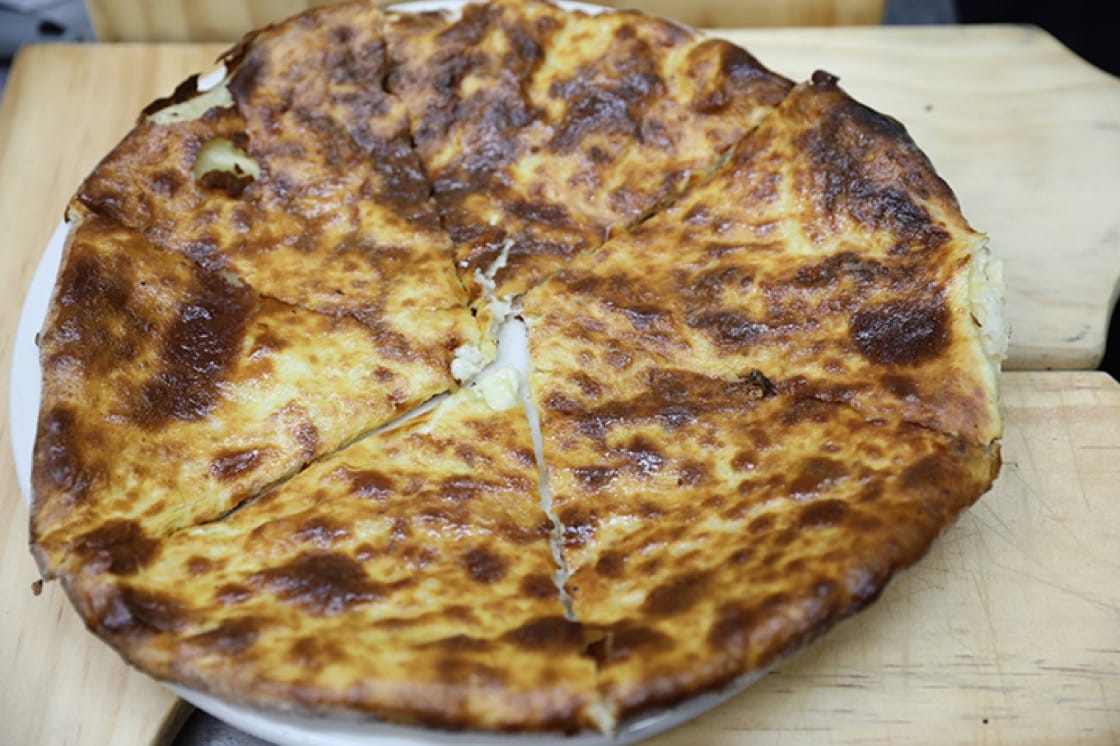 “People were telling me, ‘Maia, you are crazy,’” she recalls, “nobody even knows where Georgia is. But here, there is great opportunity to do what you want to do.” What she wanted to do was to replicate the informal, cozy ambiance of a grandmother’s kitchen, and that was the goal for Oda House, a name that in the Georgian language means a wooden house in the mountains. There are not many wooden houses in Manhattan, so brick walls, brown tables and chairs, and walls hung with paintings of women by an artist friend became the simple setting for what Acquaviva calls “grandmother cooking.”

“Every day I make dough,” she explains, “I don’t use preservatives, everything is freshly made—even sulguni,” the brined cheese that she learned to make from her father who ran a cheese factory for 55 years.

Sulguni stars in the country’s national dish, khachapuri, the generic name for the famous flat bread, made mostly with cheese, but also with other fillings in different areas. The most popular, adjaruli, is an oblong shaped yeast dough, with a pool of melted cheese in the middle, that is topped by a partially cooked poached egg. Served tableside with a flourish, a pat of butter is added at the last minute, and the filling mixed together to dip into with the crusty bread.

There are half a dozen other varieties of khachapuri at Oda House, like the kubdari filled with organic chopped beef, onions, herbs and Georgian spices, and a vegan version, tarkhuniani, redolent with tarragon and scallions. Herbs and spices, Acquaviva notes, are an essential component of her homeland’s vivid cuisine. Tarragon, thought to have originated in Siberia and brought to the area by traders, is often combined with other herbs—in a garlic sauce for olma, ground beef and pork wrapped in grape leaves, and in chakapuli, organic grass fed lamb slow cooked with mint, scallions, parsley and cilantro.

Rich soil and abundant sun yield a bounty of fruits and vegetables that Acquaviva sources here from local markets. A popular appetizer, an eggplant quartet, features the vegetable with tomato, onion and fresh herbs, with grilled red peppers and onions, with a garlic and cilantro sauce, and with ground walnuts. “Walnuts are very healthy,” Acquaviva observes, “we use them in everything.” The nuts are one of the nation’s most important exports and they are ubiquitous on the Oda House menu. An appetizer, pkhali combines eggplant, spinach and leeks with ground walnuts, and the nuts make an appearance in salads, sauces and desserts. 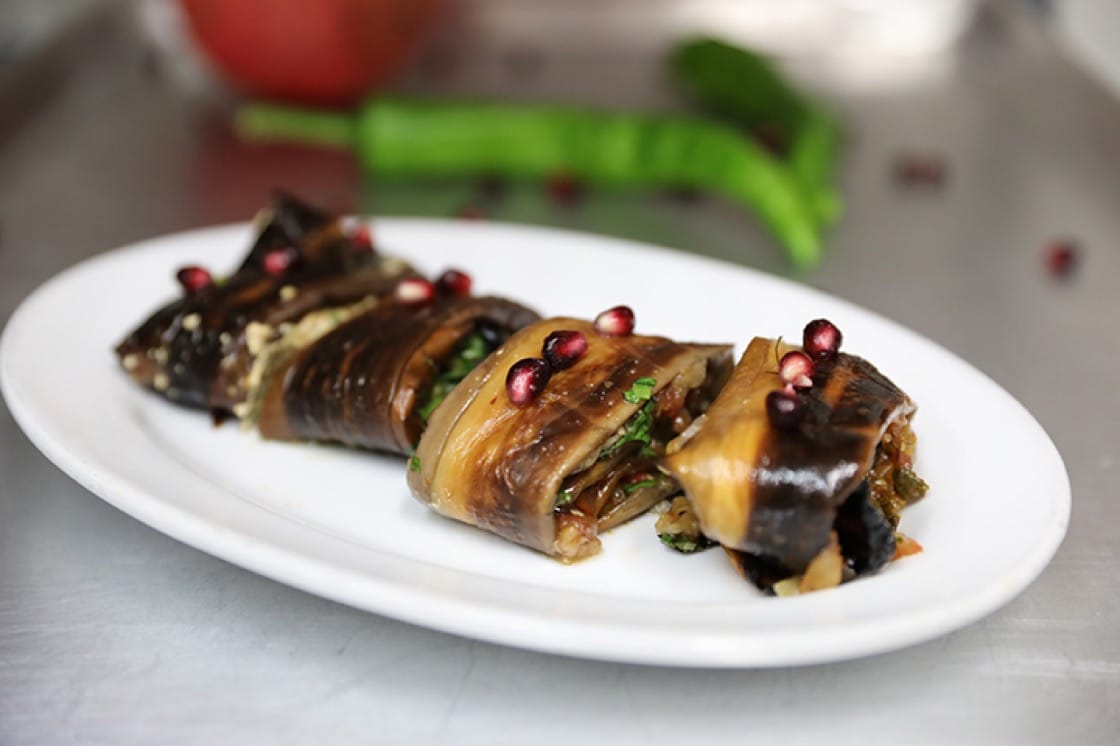 On the sweet side, chopped nuts top the pineapple and chocolate cake that jump started Acquaviva’s culinary career, as well as on honey and orange cakes. They are also sprinkled on pelamushi, a wine-hued, intensely flavored grape gelatin.

Grapes have deep roots in Georgia, which is internationally recognized as the cradle of viticulture. There are over 500 indigenous varieties, and in ancient times grapes were fermented naturally using native wild yeasts to make wine which was stored underground in large terra cotta pots called qvevri. That practice is rare today, but a selection of qvevri wine at Oda House includes dry and unfiltered red Saperavi-Pheasant’s Tears, and white Mtsvane-Pheasant’s Tears, produced from 50-year-old vines.

Bringing her country’s heritage to guests at Oda House is as satisfying to Maia Acquaviva as her former career. “I had a scalpel, now I have a chef’s knife,” she reflects. “A lot of people want to change their lives, and this country gives you the freedom to do that.”