We’re counting down the final days to Super Bowl LII, when the Philadelphia Eagles take on the New England Patriots at the U.S. Bank Stadium in Minneapolis. 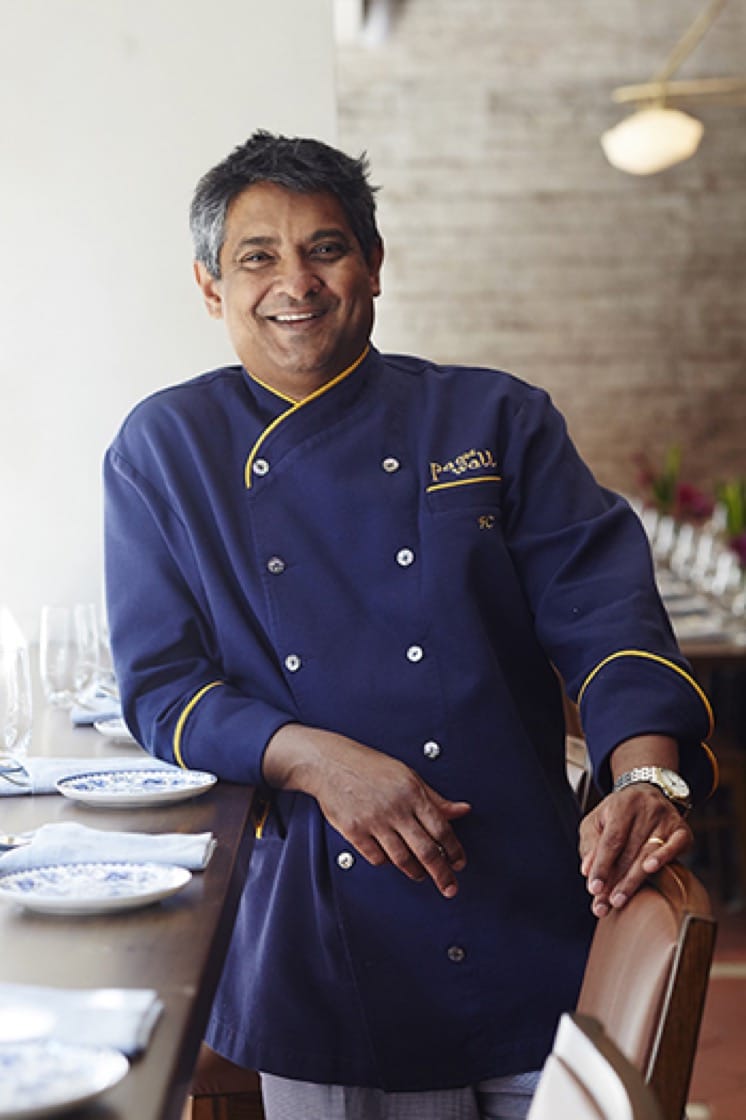 Whether you’re in it as a die-hard fan or perhaps you only want to watch Justin Timberlake’s halftime performance, one thing is for certain: food will be had. And if you’re lucky, you’ll be a part of an epic tailgate party.

Floyd Cardoz, chef/owner of Paowalla in New York City, is no stranger to the tailgate. In fact, the Giants fan—who is quick to remind you that they’re the only team the Patriots haven’t beat in a Super Bowl—attends three to four every season.

“One is with my friends from New Jersey who has season tickets,” he says. “It’s the most elaborate wine experience of them all.”

Elaborate, indeed: Cardoz et al. partake in magnums, typically from Bordeaux, while feasting on an array of dishes like aged rib-eyes, Kobe beef, lamb racks, brisket and sushi made to order. For this particular party, Cardoz serves up short rib burgers with foie gras and truffle sauce.

“It always varies,” he continues. “We have hamburgers and hot dogs but no one eats them.”

At another tailgate, the food served depends on who’s playing. “It’s six guys who do all the cooking—it’s a whole production,” says Cardoz. “If it flys, it frys” was the theme for a Giants - Eagles game. “Any bird possible—quail, duck, chicken or turkey—was available.” 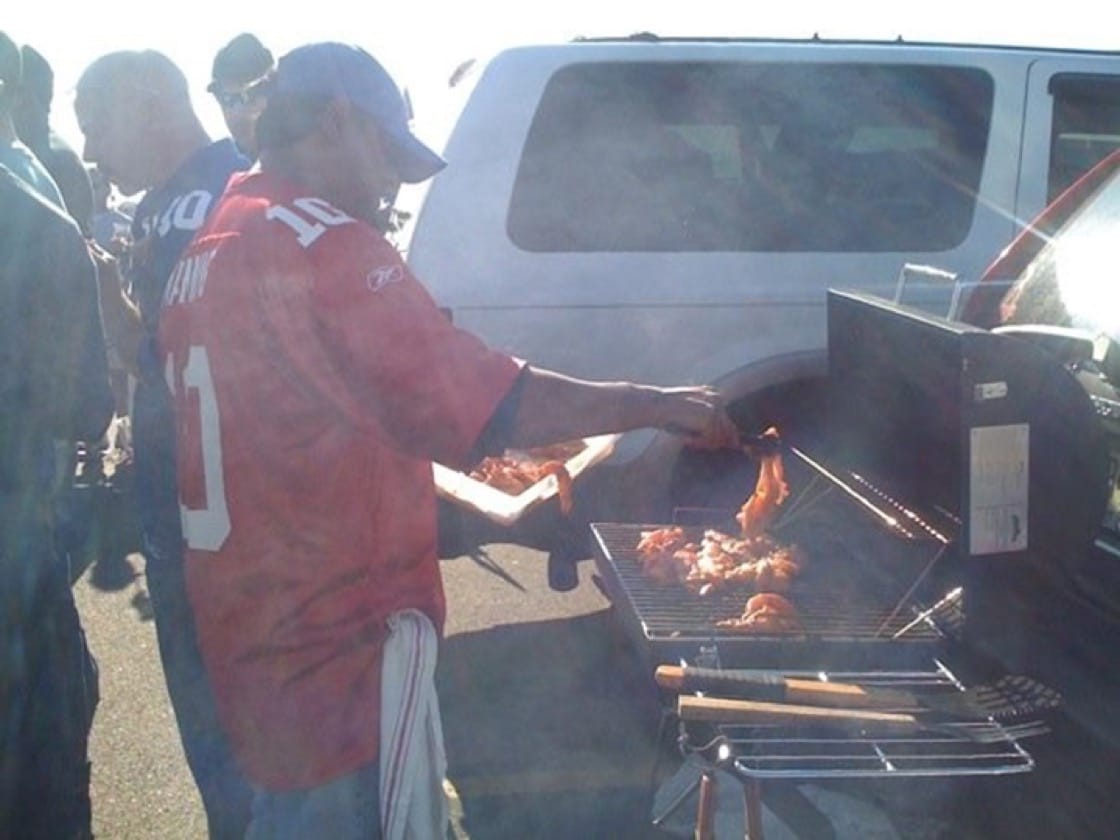 For another game against the Cincinnati Bengals, the theme was game meat. “We had a burger station at the end,” recalls Cardoz. The bar for this tailgate is also fully stocked with every top-shelf liquor imaginable.

On the menu for this Sunday’s match-up, Cardoz likes to make something inspired by the opposing teams. “For Philadelphia, I’ll make a cheesesteak. And I make a mean clam chowder. When the Patriots played the Giants, I made both Manhattan and New England clam chowder.”

And as for who Cardoz is rooting for? “Definitely not the Eagles.”